Michael Appleton has expressed his sympathy for his players after Wednesday night's late defeat against Ipswich Town in the Emirates FA Cup Third Round.

Despite the Imps putting on an impressive performance, Alan Judge’s 90th minute winner was enough to put City out of the competition.

Appleton told the media after the game that he was sympathetic for his players after such late heartbreak.

“I feel for the lads, we have been more than value for the majority of the game but haven’t won,” said the Imps boss.

“We have had the chances because in the 92nd minute I felt like we would be celebrating going through to the second round but in the 94th a lapse of concentration has put us out of the cup.”

The 43-year-old continued by speaking about the positives in tonight’s performance which saw Jake Hesketh come close just minutes before Town’s late winner.

“It was disappointing to lose the way we did but there were so many positives out of the game tonight,” said Appleton.

“Other than Saturday, where I made my views clear, I have been pleased with the performances we have been putting in as a whole. We create the chances and it’s not just the same person each time, we are different player in those positions.”

Appleton continued by explaining how his side need to be clinical in front of goal in order to turn results around. 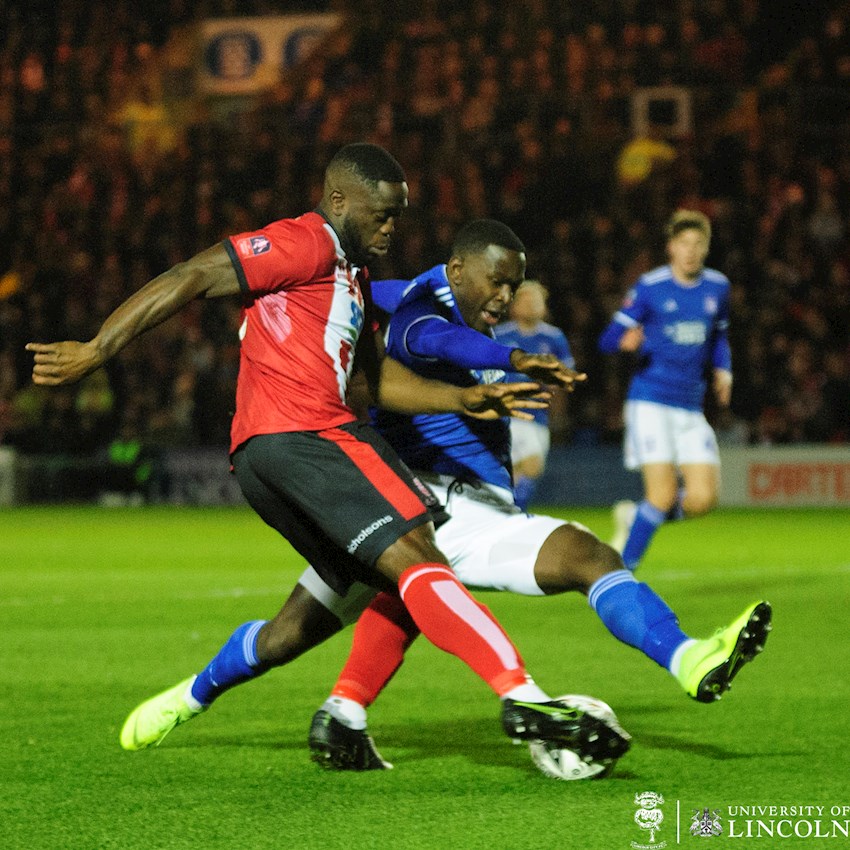 “We have to be clinical because we need to find a way to start picking up points and they come through scoring goals,” said Michael.

“We will make sure the lads stay confident because I can’t make them put the ball in the back of the net but something I can do is encourage them and recreate situations in training which will help them.

“By adding composure in the final third we will keep knocking on the door and it will come for us.

“Going forward we will get a situation where we score early and the confidence will be flowing to get another. We saw that in the way we played against Rotherham the other week.”

The Imps boss finished by speaking about the extended break his side will now have prior to City’s trip to Burton Albion on 7th December.

“Everybody will stay strong and resolute, we have a strong group who are self-critical, they all know when they can do better,” explained Appleton.

“At this moment in time, other than our finishing we are where we want to be. I think the lads need a break from each other, it is about getting the balance right.”

The Imps next home fixtures come during the Festive period and tickets details can be found here.