It’s a long trip in SkyBet League One to The Cherry Red Records stadium this weekend as The Imps take on AFC Wimbledon. Following the postponement of the game against Bolton Wanderers last weekend, City are chomping at the bit to get back to competitive action against

The Dons have recently appointed former assistant manager, Glyn Hodges as their new permanent manager following the departure of Wally Downes. Hodges had been in caretaker charge of the club for around a month and such was the impression he made during that time and naturally he was delighted to step into the full-time role.

This weekend represents a first for both clubs, it’s the maiden Football League clash between the two teams. City of course have faced Wimbledon Football Club before, six times to be exact in League action but this is the first League meeting between Lincoln City and AFC Wimbledon. However, we have taken on this weekend’s opponents once before in the FA Cup first round, two seasons ago.

The Dons have had a recent upturn in form after an indifferent start to their SkyBet League One campaign. October was a very fruitful month for AFC Wimbledon as they won four out of their five games in the calendar month, three in League One and one in the Leasing.com Trophy.

Rochdale, Southend and Portsmouth felt the wrath of The Dons in league action whilst Leyton Orient were defeated in the Leasing.com Trophy.

AFC Wimbledon’s last league outing saw them take on Burton Albion at the Pirelli Stadium, and they slipped to a narrow 1-0 defeat to Nigel Clough’s side.

Glyn Hodges is looking forward to this weekends clash at The Cherry Red Records Stadium against The Imps as he gave AFC Wimbledon’s official website an update ahead of kick off in what will be his first game as manager.

“I’m looking forward to Saturday. The week seems to be dragging on because I can’t wait to get to 3.00 pm on Saturday. All I’ve got to do is thoroughly prepare the players, so at least I can sleep well on Friday night and then on Saturday enjoy it. Hopefully, the boys enjoy their performance because that will mean it will be positive.”

Although Hodges will be without the services of their skipper, Will Nightingale, he could have a boost with the return of Luke O’Neill who has recently returned to training.

“Will has not made it, we are trying to work out the timescale with the seriousness of his injury.

“It’s one of those niggly ones that might drag on. Luke O’Neill had his first session back today. It might be a bit early for him this weekend, but it was good to see him come through and he’s another experienced man back out there training and working to get back into the team.” 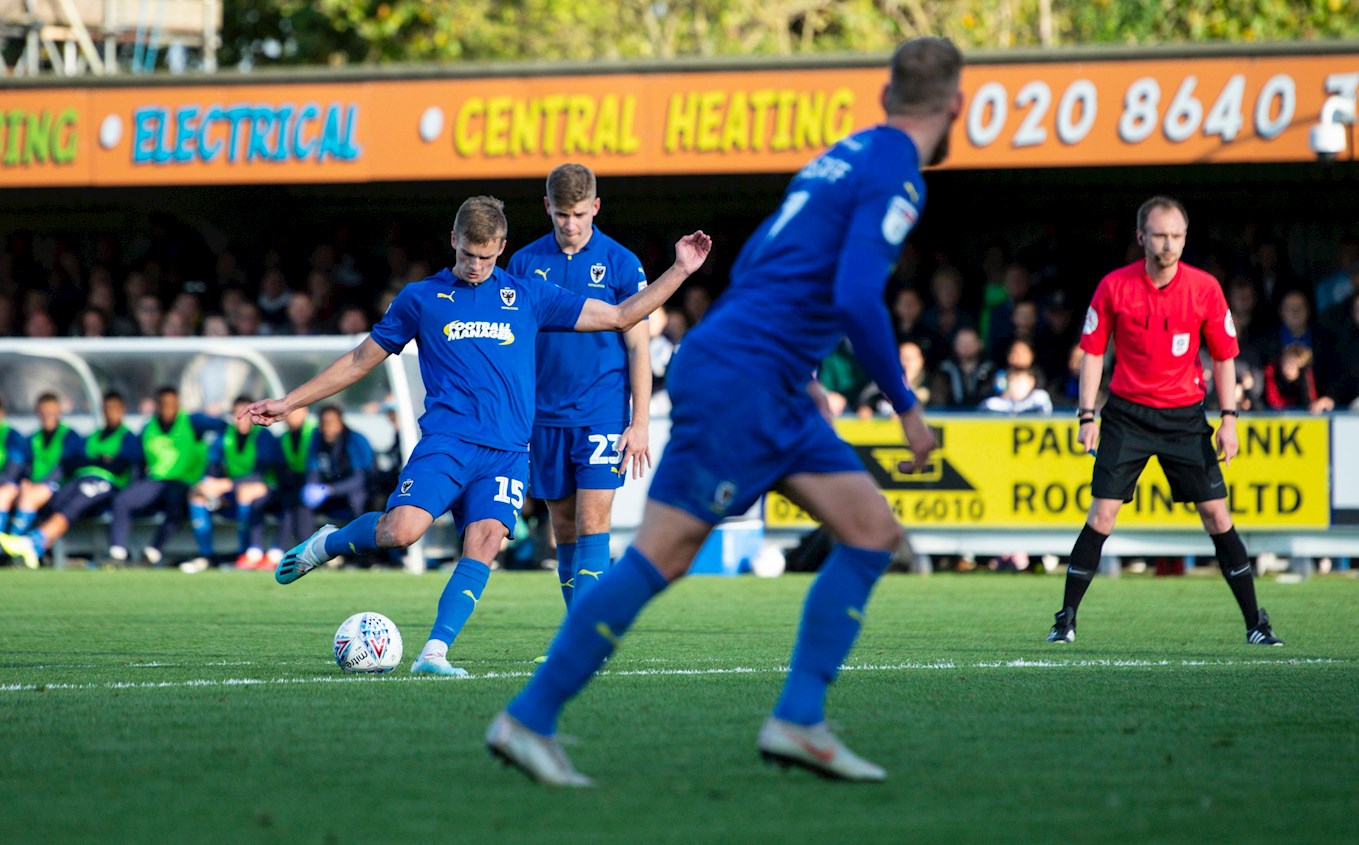 The Dons have a formidable ‘Forss’ to be reckoned with up front this season, on loan Finnish striker, Marcus Forss, has netted seven goals in nine appearances since making the move across the capital from Brentford on loan to link up with AFC Wimbledon in late August.

Forss, started his career at The Hawthorns with West Brom’s youth set up, making his debut for The Baggies in the EFL Trophy against Gillingham in 2016. The young striker then left the Midlands for the nation’s capital in the summer of 2018 linking up with The Bees.  In his time at Griffin Park to date, Forss has made a total of eleven appearances (including subs) in all competitions and scored three times, his last goal for his parent club coming in this season’s Carabao Cup against Cambridge before the switch to The Dons.

Since arriving at the Cherry Red Records Stadium his eye for goal has continued, scoring on his debut against MK Dons, goals against Coventry City, Bristol Rovers and Rochdale followed before the 20-year-old had a moment to remember in mid-October when he netted his first career hattrick against Southend United at Roots Hall.

Remember if you’re not heading down to the game this weekend, international Imps can watch the game LIVE on WeAreImps iFollow and domestically based City supporters can also keep up with the action via live commentary from BBC Radio Lincolnshire’s team of Michael Hortin and ex Imps’ manager, Steve Thompson.