Following the Bank Holiday Weekend's play-off finals in the EFL, the Imps now know the 23 teams that they will face in Sky Bet League One next season. With some of the last meetings dating back to the 1960s, new stadiums to visit and first ever Football League meetings with others, it will certainly be a season of 'firsts' for many Imps!

The last time the Imps faced Accrington Stanley in the Football League was during the 2017/18 SkyBet League Two campaign. Lincoln beat Stanley 2-0 in the home fixture with Matt Green and Matt Rhead providing the goals, while Stanley secured the League Two title with a 1-0 win in the reverse clash.

The reformed Wimbledon side have never met Lincoln in the Football League with the pairs only meeting coming in the 2017/18 FA Cup First Round. Lyle Taylor’s early goal was all it took for the Wombles to progress into the second round.

City had previously faced the original Wimbledon FC side in Division Three during the 1983/84 season when the Imps lost 2-1 with Neil Redfearn scoring the only goal for Lincoln.

Neal Eardley will be facing his former club next season with The Seasiders spending their third season in SkyBet League One after a 10th place finish during the 2018/19 campaign.

The last time City faced Blackpool in the league was during the 2000/2001 season with the Tangerines winning 2-0.

The pair had also met in the LDV Vans Trophy 2nd Round earlier that season, Tony Batterby and Lee Thorpe were the Imps goal scorers with Jon O’Connor also scoring an own goal for Blackpool as City won 3-1.

Newly relegated Bolton have not faced Lincoln in the league for 33 years with their last meeting coming in 1986. The two sides could not be separated as the League Division Three fixture at Sincil Bank ended in a 1-1 draw.

However, the Imps met Bolton in the 2009/10 FA Cup Third Round when The Trotters were still a Premier League side.

Moses Swaibu’s own goal opened the scoring in the 49thminute before South Korean international Lee Chung-Yong quickly added a second. Gary Cahill and Mark Davies were also on the scoresheet for Bolton as they won 4-0.

Despite meeting in the National League, Lincoln have not faced Bristol Rovers in a Football League fixture for 12 years with the two sides last meeting being the 2006/07 League Two Play-Offs Semi-Final.

7,694 fans were at Sincil Bank for the second leg in May 2007 as the Imps' promotion hopes ended.

Jeff Hughes scored a brace for the Imps with Mark Stallard also scoring for City as the final score ended 7-4 on aggregate.

City will face Burton Albion for the first time since 2011 this season facing former Premier League players such as Stephen Bywater and Stephen Quinn. Burton were 3-1 winners in March 2011 when the two sides came together in League Two.

Sam Winnall scored a brace for the Brewers with Aaron Webster also finding the back of the net. Ashley Grimes was Lincoln’s only goal scorer getting a consolation goal in the 82ndminute.

Promoted from SkyBet League Two alongside the Imps last season, the two sides last faced each other in January 2019 with the points being shared after a 3-3 draw at Gigg Lane.

Danny Rowe and John Akinde were the goal scorers for Lincoln with Bury defender Chris Stokes scoring an own goal in the first half. The Imps had beat the Shakers 2-1 earlier in the season with Akinde and Lee Frecklington scoring late on to secure three points.

Lincoln last faced Coventry during the 2018/19 SkyBet League Two season. City won 4-2 at the Ricoh Arena with Ollie Palmer scoring a brace as well as Matt Rhead and Lee Freckington also finding the back of the net.

With Coventry rumoured to play their games at Birmingham City’s St Andrews Stadium, the last time Lincoln played a game in Bordesley was during the 2004 League Cup when the Imps lost 3-1.

Prior to this the last league fixture involving Lincoln City at St Andrews was during the 1954/55 season when the Imps drew 3-3 with Birmingham City. Johnny Garvie, Bob Gibson and Roy Finch were all on the scoresheet for Lincoln in front of 20,313 fans.

The last league meeting between Lincoln and Doncaster Rovers was in 2004 when the pair met in the League Division Three. A Tim Ryan and Gary Taylor-Fletcher were the goal scorers for City as Alan Marriott kept a clean sheet at Belle Vue. There was a familiar face between the sticks for Rovers, as Andy Warrington started for the hosts.

Lincoln have not played Fleetwood in the Football League with their only meetings coming in Non-League when Town won the Conference title in 2011/12.

With Jamie Vardy featuring for the Fishermen the Imps drew 2-2 when the two sides last met in April 2012.

Jamie Taylor and Jefferson Louis were the goal scorers for Lincoln. Vardy’s brace saw him score his 34thgoal of the season against the Imps.

Gillingham beat Lincoln 4-0 in the pairs last encounter during the 2010/11 League Two season.

Josh Gowling who would later go on to become a City player opened the scoring after 20 minutes before Cody McDonald added a second.

Danny Hone’s own goal made it three before the hour mark before Adebayo Akinfenwa finished things off with a 69thminute strike.

However, City won 1-0 in the two sides earlier meeting in the season with Cian Hughton scoring the only goal.

However, in more recent times the pair played each other in the 2016/17 FA Cup Third Round. Theo Robinson and Tom Lawrence both scored a brace at Portman Road in January 2017 forcing the tie to a replay which Lincoln won 1-0 thanks to Nathan Arnold’s 90thminute goal.

With just six league meetings between MK and Lincoln it’s fair to say that the last coming together was the most memorable. City took a record away league following of 5,556 to Stadium MK as they won 2-0.

John Akinde opened the scoring from the penalty spot in the 34thminute before Bruno Andrade produced the champagne moment of the season securing City three points in the second minute of added time.

It’s been eight years since City last faced Oxford in the Football League, the Imps lost 2-1 with Cian Hughton scoring their only goal in a disappointed trip to Kassam Stadium.

Lincoln had won the previous fixture 3-0 at Sincil Bank with Josh O’Keefe scoring after five minutes. Harry Worley and Anthony Tonkin provided the other two goals scoring past their own goalkeeper Ryan Clarke.

Despite the Imps beating Peterborough 4-2 in the Checkatrade Trophy in 2018, the two sides have not played each other in a league fixture since 2008.

Posh won 4-0 as they were promoted to League One as runners up of League Two that season. However, earlier in the campaign Lincoln held Peterborough to a 1-1 draw at Sincil Bank in October 2007.

Another former Premier League side in League One, Portsmouth were playing UEFA Cup football 10 years ago off the back of winning the FA Cup with England internationals in their side such as Sol Campbell, Jermain Defoe and Peter Crouch.

The last time City played Pompey in the league was 1983, the Imps lost 3-0 at Sincil Bank in front of 6,311 fans. However, Lincoln finished in a respectable 6thplace that season and also reached the final of the Football League Group Cup.

City played Rochdale in 2018 winning 1-0 in the Checkatrade Trophy third round however, their most recent league encounter came in March 2010 when the pair met in League Two.

The two sides could not be separated as Rochdale’s Chris Dagnall scored in the 70thminute to cancel out Chris Herd’s first half strike.

Despite the two sides meeting in the League Cup in 2017, Lincoln have not faced Rotherham in the league since 2011. It was a disappointing day for City fans as Ian Thomas-Moore scored a hat-trick as part of United’s 6-0 win.

Lincoln fans will remember when they faced Shrewsbury in the Checkatrade Trophy Final however, it has been eight years since the two sides met in a Football League fixture. The Imps failed to pick up three points on the day as Town cruised to victory winning 5-1 at Sincil Bank.

2011 was the last time Lincoln faced Southend winning 2-1 at Sincil Bank. Ashley Grimes scored a brace for the Imps as they picked up three points. Blair Sturrock was the only goal scorer for the visitors. 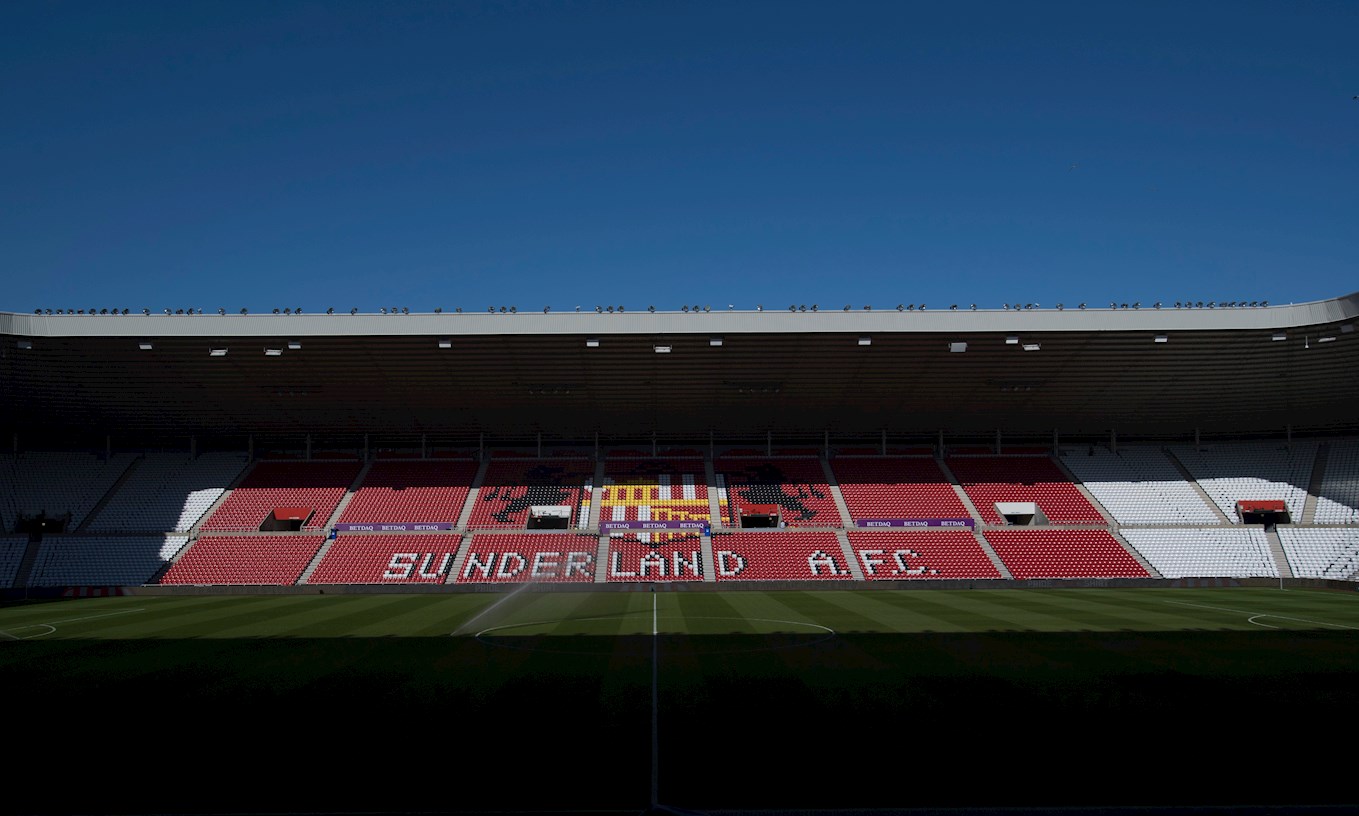 Play-Off final losers Sunderland will be spending their second season in League One after losing out to Charlton Athletic on Sunday.

The Black Cats suffered two consecutive relegations between 2016 and 2018 before finishing 5thin League One last season.

City have not faced Sunderland in the league for 59 years with their last meeting coming in 1960 when the two sides were in League Division Two. Lincoln drew 2-2 with Sunderland at Roker Park.

Having previously faced each other on a number of occasions in the National League, Lincoln’s last game against Tranmere was last season when the two sides drew 0-0 at Sincil Bank in April.

Pre-Millennium the two sides last met in 1989 when Lincoln beat Rovers 2-1 in the League Division Four with David Clarke scoring for City, the second goal was an own goal.

Lincoln last faced Wycombe Wanderers in 2017/18 when they were first promoted back to the Football League. The Imps played Wanderers on the first game of the season drawing 2-2 however, the pair met later in the season at Sincil Bank also drawing, this time 0-0.