The Imps secured their third trophy in three years at the helm of Danny and Nicky Cowley after finishing the 2018/19 season in first place with a total of 85 points.

Over 450 guests were in attendance on Sunday as Sky Sports' Johnny Phillips hosted a fine evening to celebrate the success of Lincoln City.

Young Player of the Season, sponsored by Lincolnshire Showground: 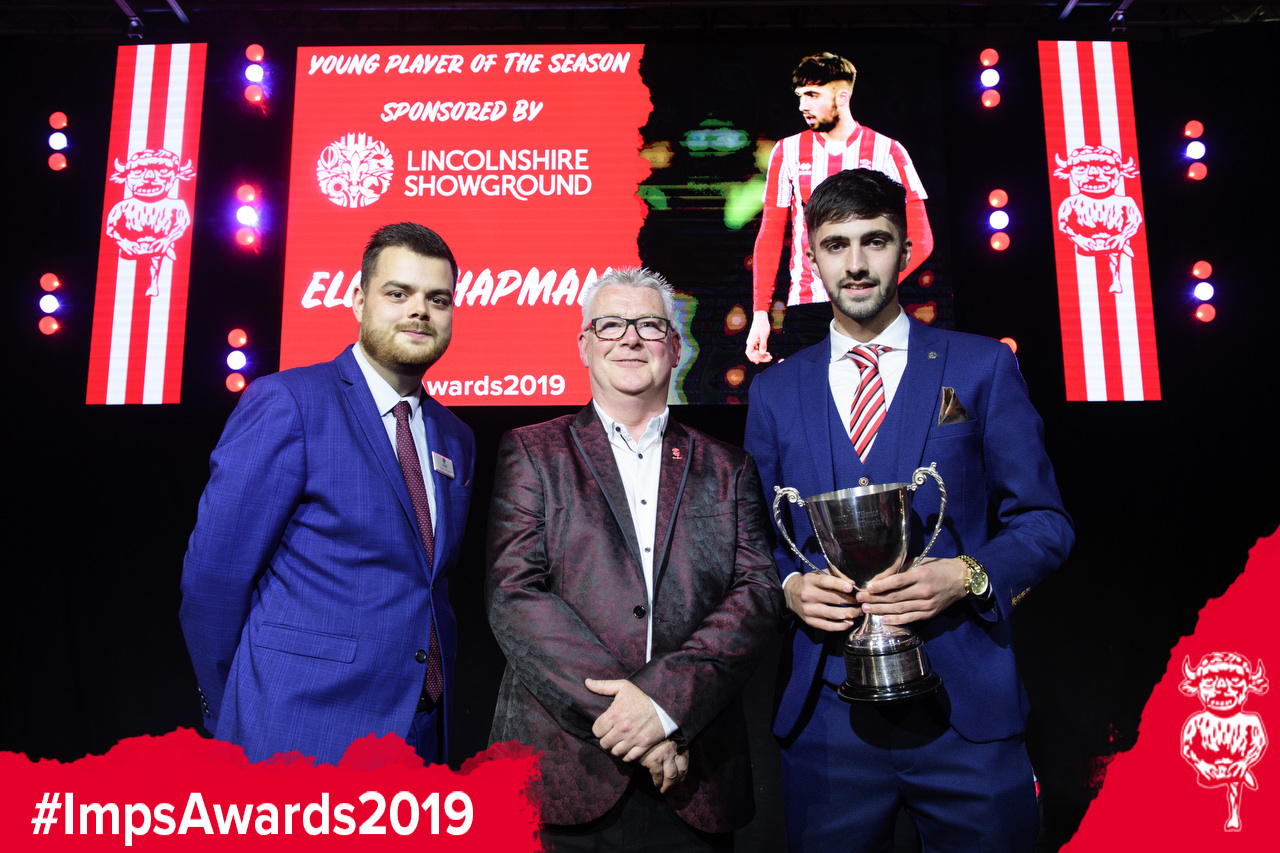 Ellis Chapman was the first name to pick up an award, winning the Young Player of the Season sponsored by Lincolnshire Showground.

A product of the Imps' Academy setup, Chapman featured 12 times for City in all competitions this season before going out on loan in January to National League Club Chesterfield where he made a further 14 appearances.

Danny praised the 18-year-old for his development over the season explaining how he is constantly improving: “We believe Ellis as an under 18 has played the most senior games in the country, so for a lad that age to do that is an unbelievable achievement.

“He is improving all the time, from the moment he came back to the club as a 16-year-old he has trained with us every single day. The players he trains with and the players he will come up against will make him flourish.

Community Player of the Seson, sponsored by University of Lincoln: 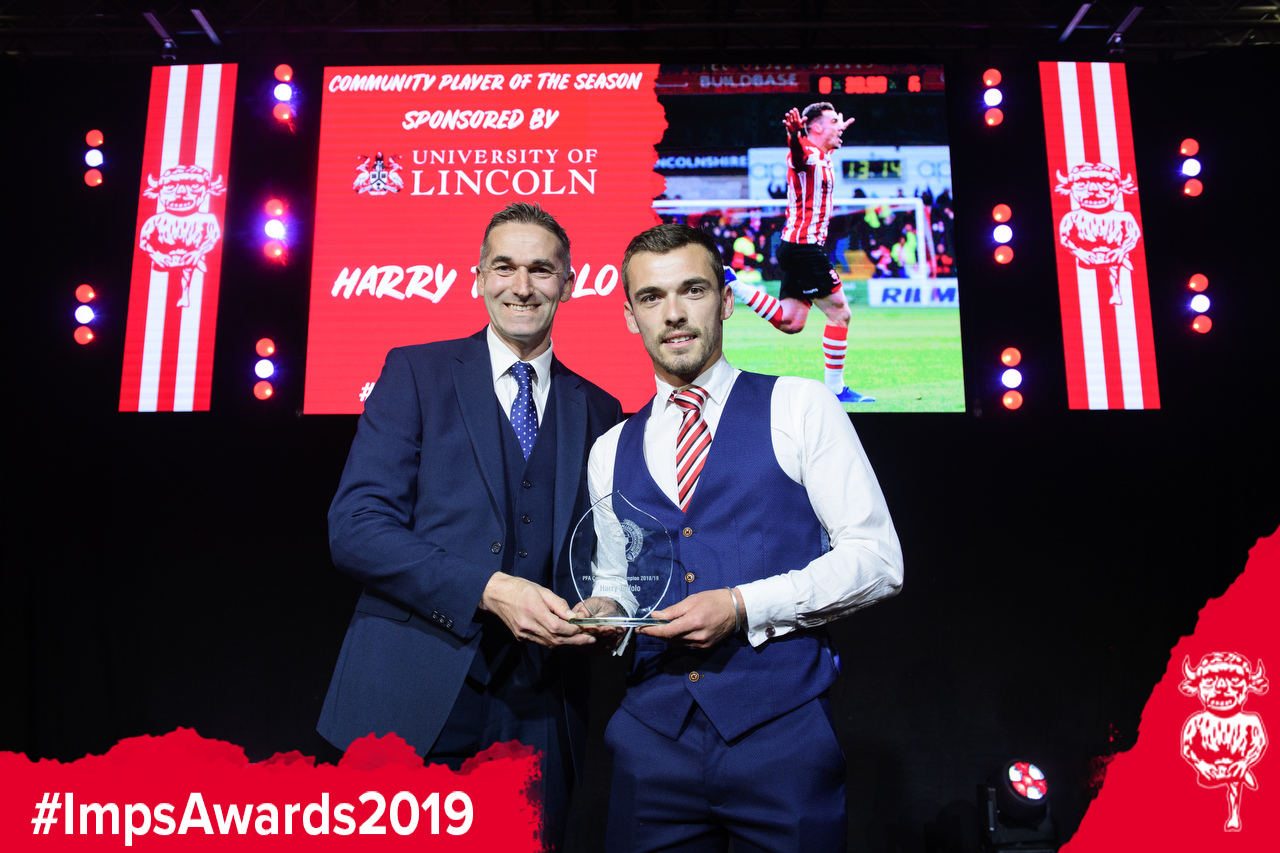 Left-back Harry Toffolo was voted Community Player of the Season sponsored by University of Lincoln.

The 23-year-old has been a regular visitor to local schools as well as a variety of foundation events which included attending girls football training. The former England U20 star has settled into life at Lincoln both on and off the pitch.

Champagne Moment of the Season, sponsored by Small Beer: 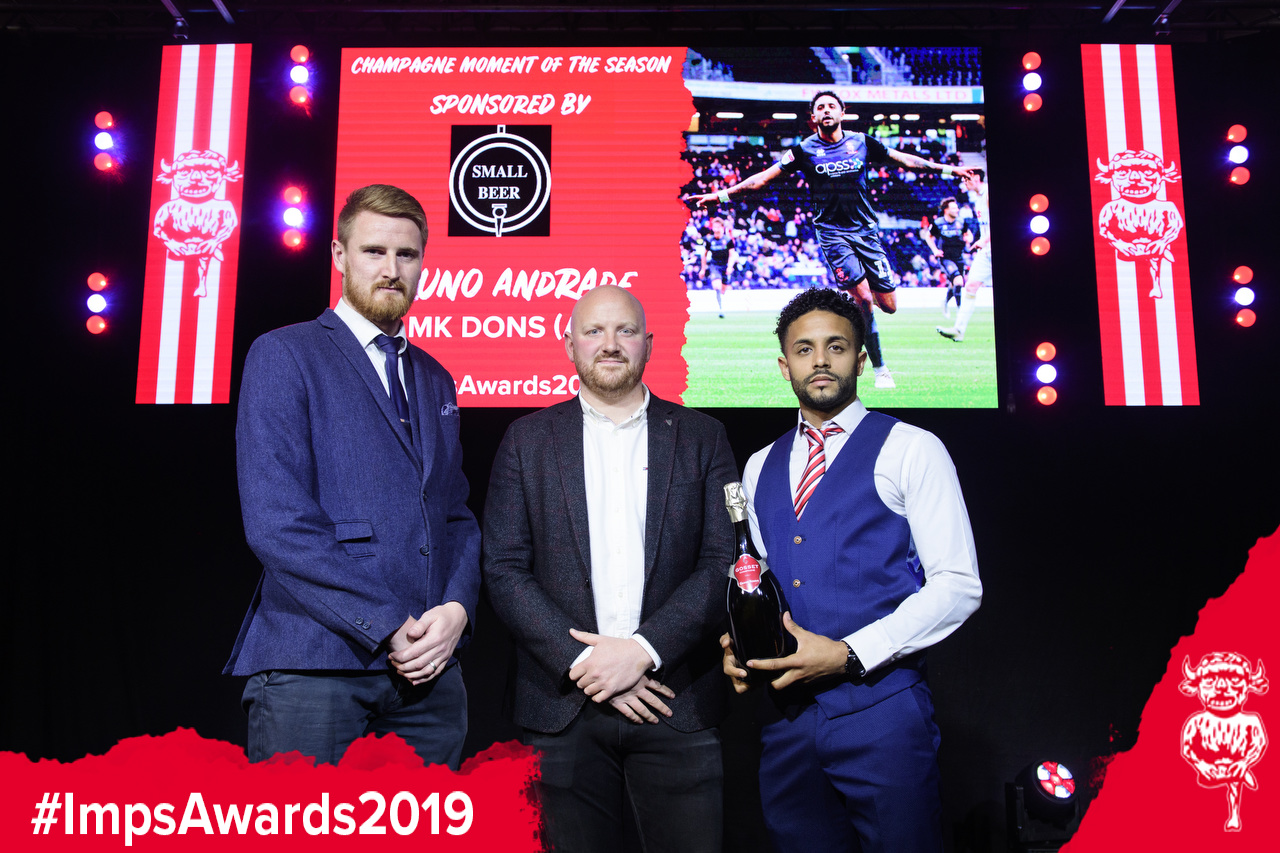 There could only be one winner for the Champagne Moment award sponsored by Small Beer, that of course was Bruno Andrade’s 92nd minute strike away at MK Dons in front of 5,556 Imps fans.

Andrade has made a huge impact since arriving at the club over summer scoring a total of 11 goals in all competitions which included a consecutive scoring run of four games in February. 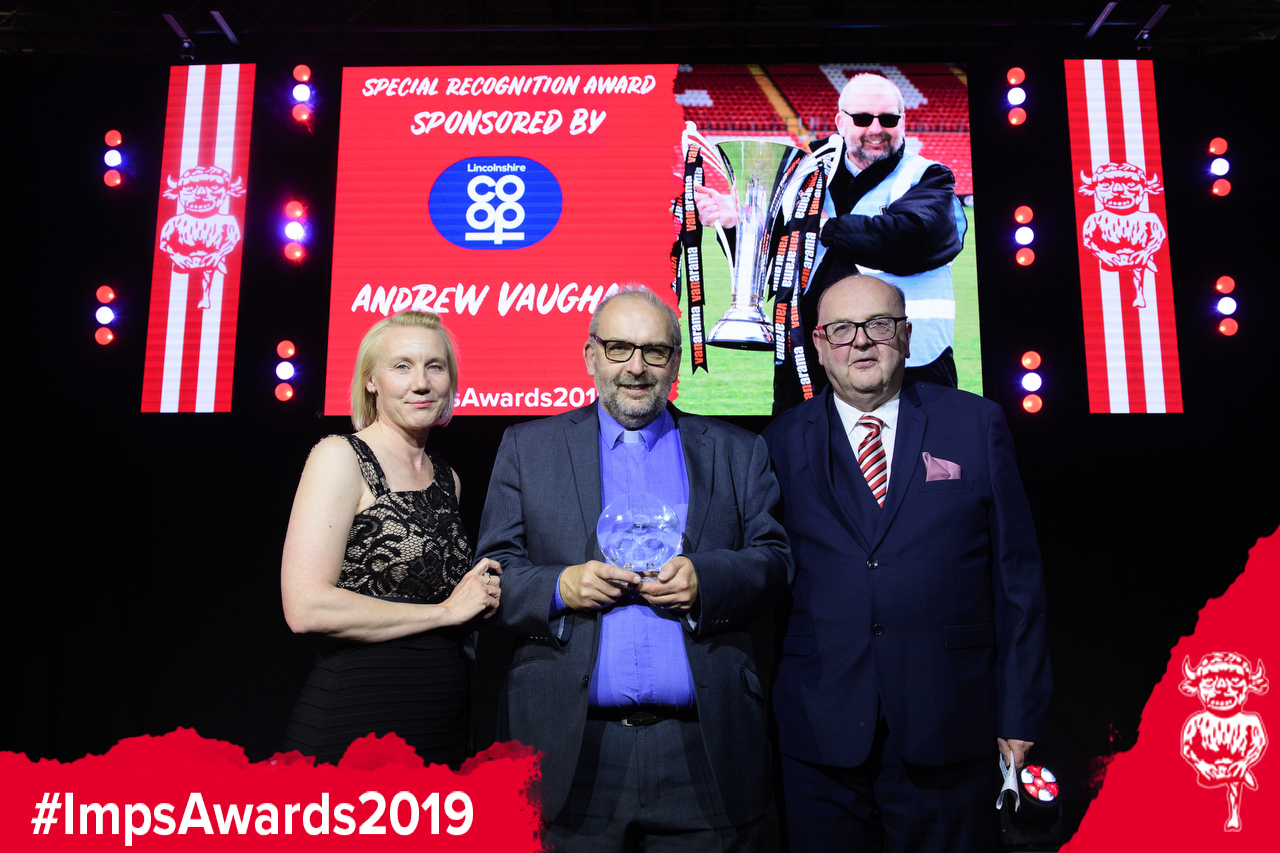 Club Chaplain, Andrew Vaughan collected a special award in recognition of his services to the club throughout the years.

Reverend Vaughan has provided support for players and staff for almost two decades, and the club highlighted Andrew's efforts on Sunday night as he received this award.

Away Player of the Season, sponsored by Red Imps Travel: 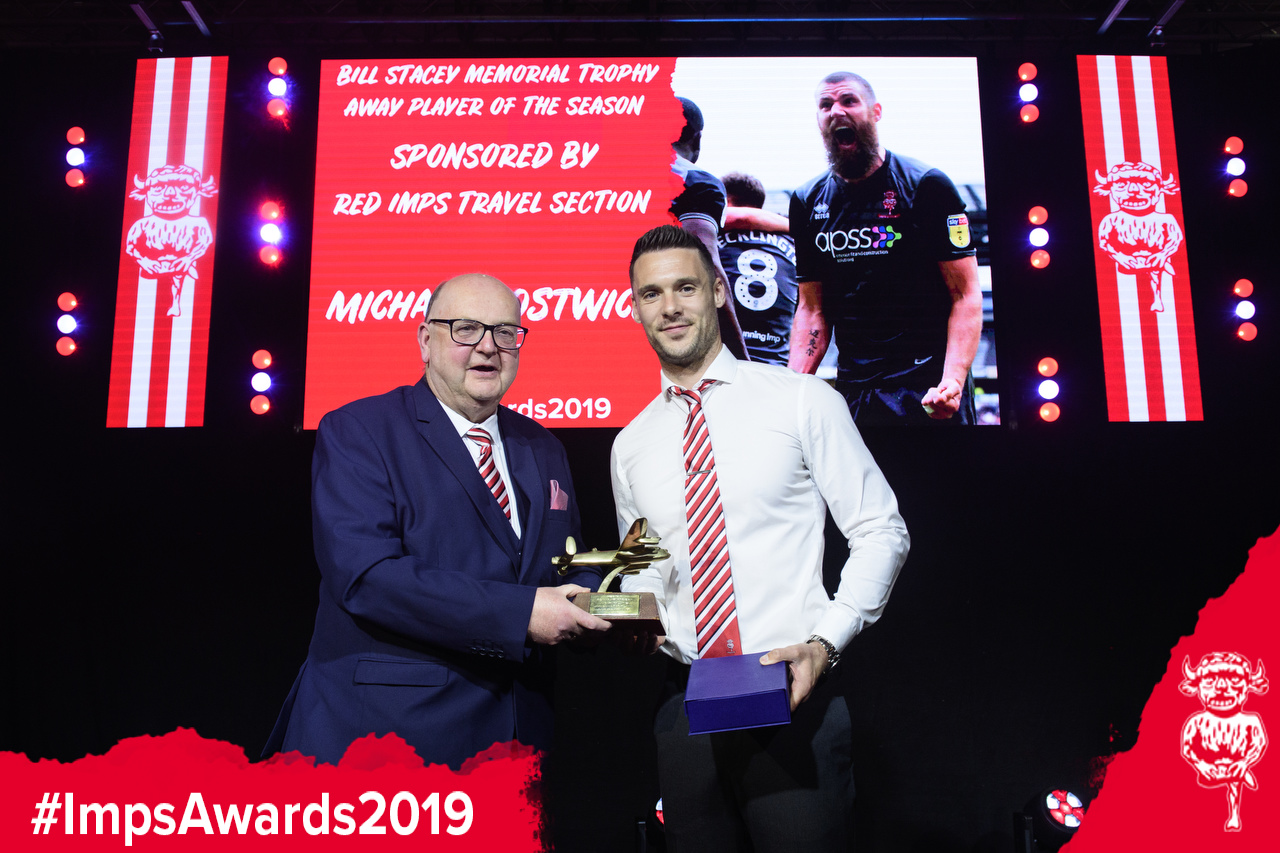 Experienced defender Michael Bostwick picked up the Away Player of the Season sponsored by Red Imps Travel on Sunday.

The 30-year-old was on the scoresheet at Goodison Park as City faced Premier League side Everton in the third round of the FA Cup.

Bozzy also kept a total of seven away clean sheets in all competitions this season also scoring in the Imps 6-2 away victory at Port Vale.

Jason Shackell collected the award on Michael's behalf, as Shackell was also presented with his award for being named in the EFL League Two Team of the Year.

Academy Player of the Season, sponsored by Andenor: 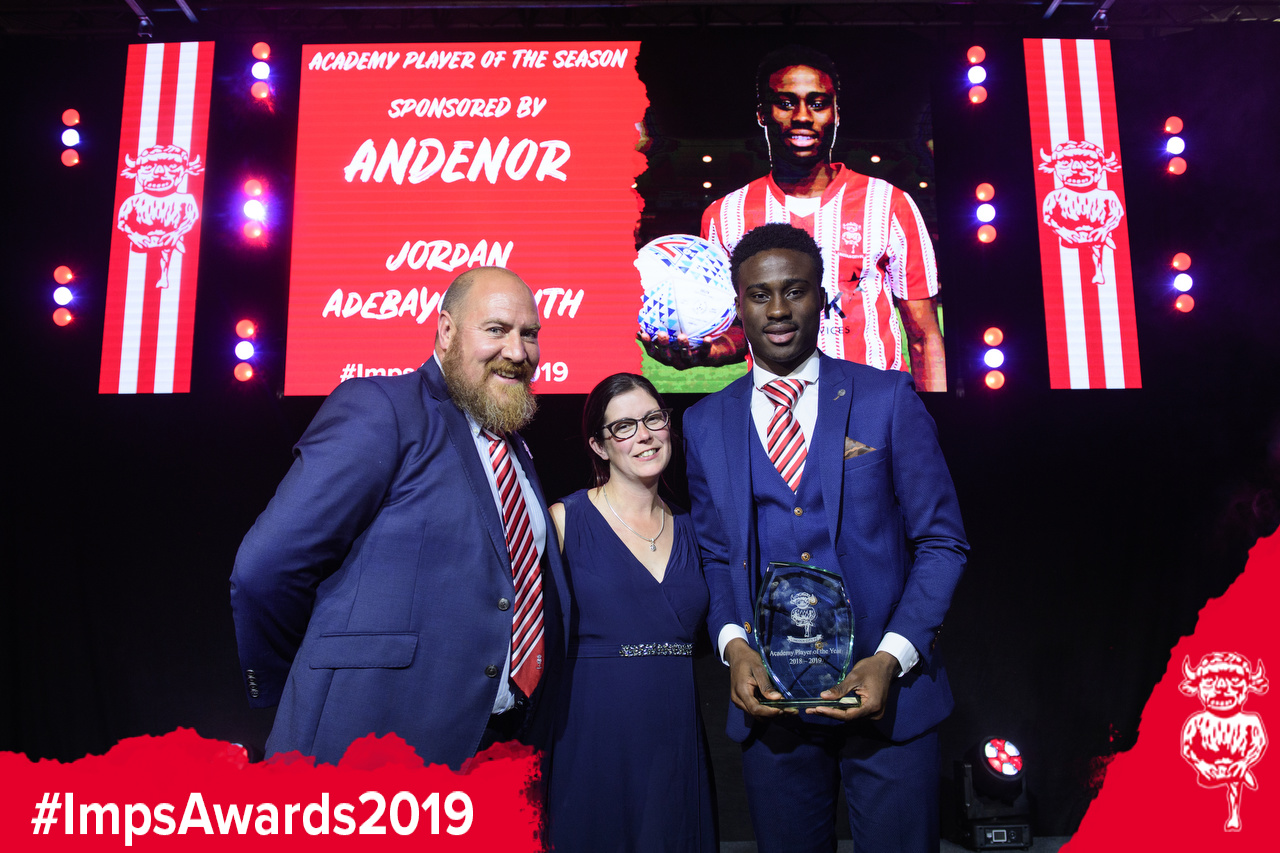 Young striker Jordan Adebayo-Smith was delighted to pick up Academy Player of the Season sponsored by Andenor in his debut year after arriving at the club during the summer transfer window.

The California-born frontman made one first team appearance against Accrington Stanley in the Checkatrade Trophy.

During his time with Tom Shaw’s U18 side Adebayo-Smith impressed in the FA Youth Cup scoring a hat-trick against South Shields as well as also finding the back of the net at the Hawthorns when City played West Brom.

The 18-year-old also spent time out loan during the 2018/19 season with Northern Premier League Premier Division side Grantham Town where he scored four goals in 13 appearances. 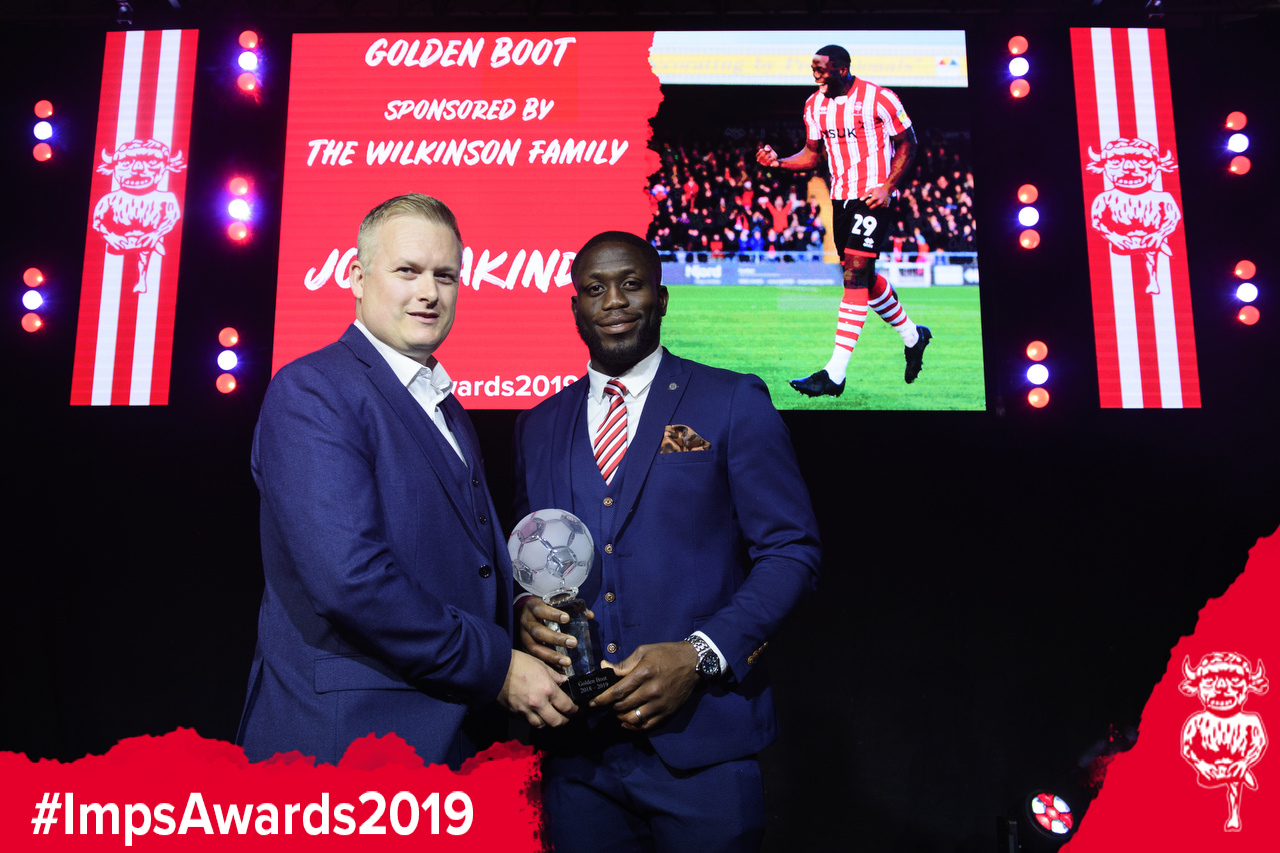 A player Jordan has looked up to in the first team is striker John Akinde and it was the 29-year-old who won the top scorer award with a total of 17 goals in all competitions.

The striker started the season scoring four goals in the Imps opening five games. He also went on an impressive run in December finding the back of the net five times.

Player of the Season, sponsored by Peachy Events: 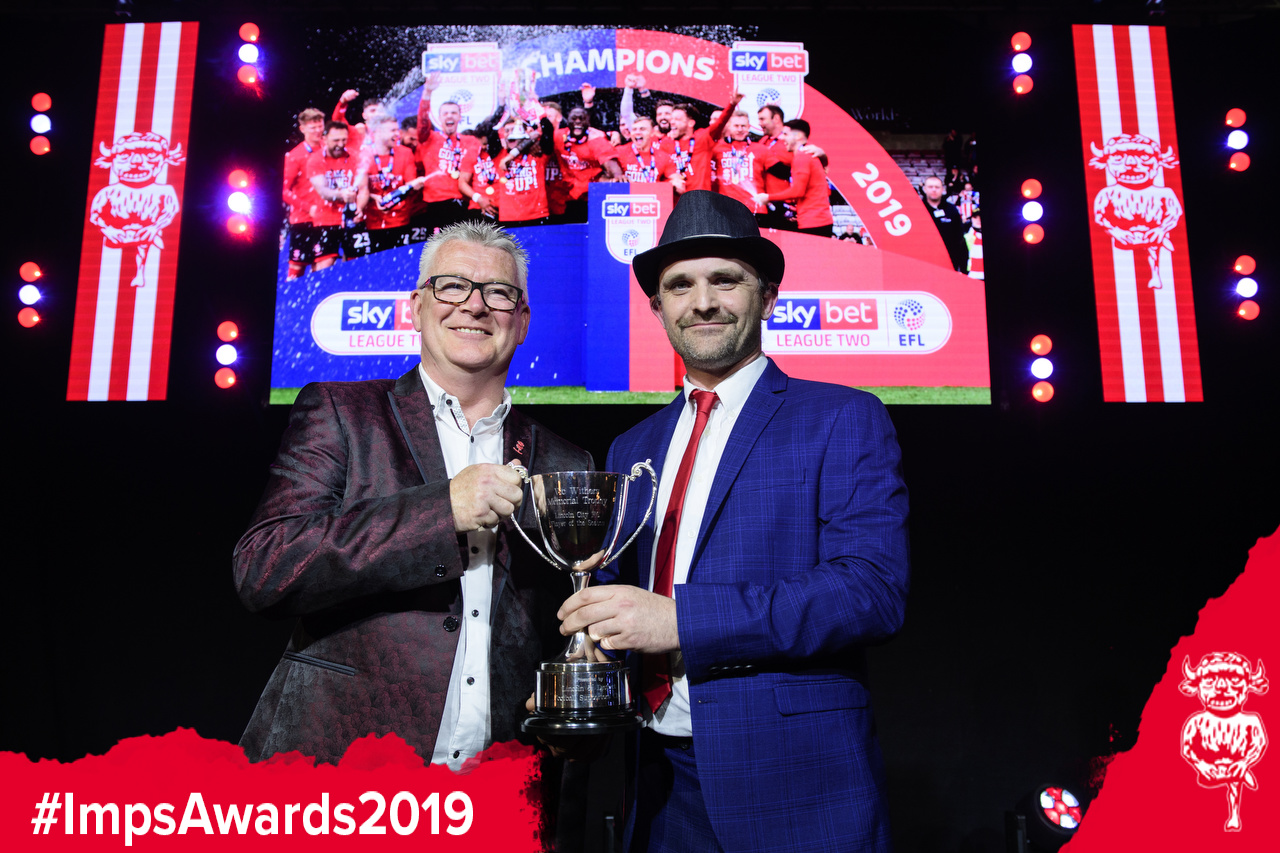 It was an impressive season for fans favourite Michael Bostwick as he also picked up the Player of the Season award sponsored by Peachy Events.

The defender was an influential player throughout the entire 2018/19 campaign finding the back of the net in the Imps first home game of the season against Swindon.

Bozzy made a total of 49 appearances in all competitions regularly being nominated for Man of the Match awards.

Goal of the Season, sponsored by Selenity: 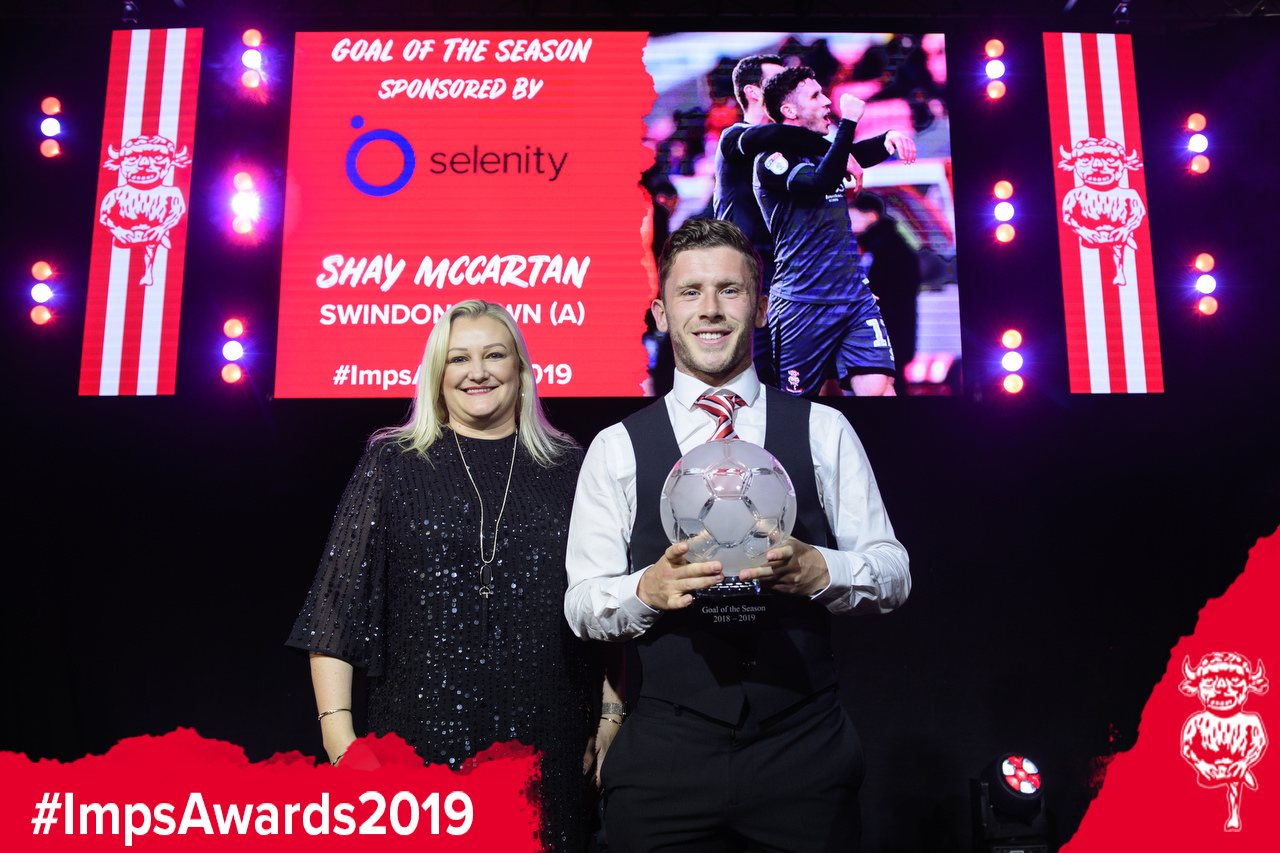 The penultimate award on the evening was awarded to Northern Ireland international Shay McCartan as he picked up the club’s Goal of the Season sponsored by Selenity for his magnificent strike against Swindon.

The 24-year-old struck the ball perfectly on the volley from over 30 yards two minutes into first half added time beating Lee Frecklington (vs Notts County), Jason Shackell (VS Morecambe) and Neal Eardley (vs Cambridge) to the award.

Players' Player of the Season, sponsored by SRP: 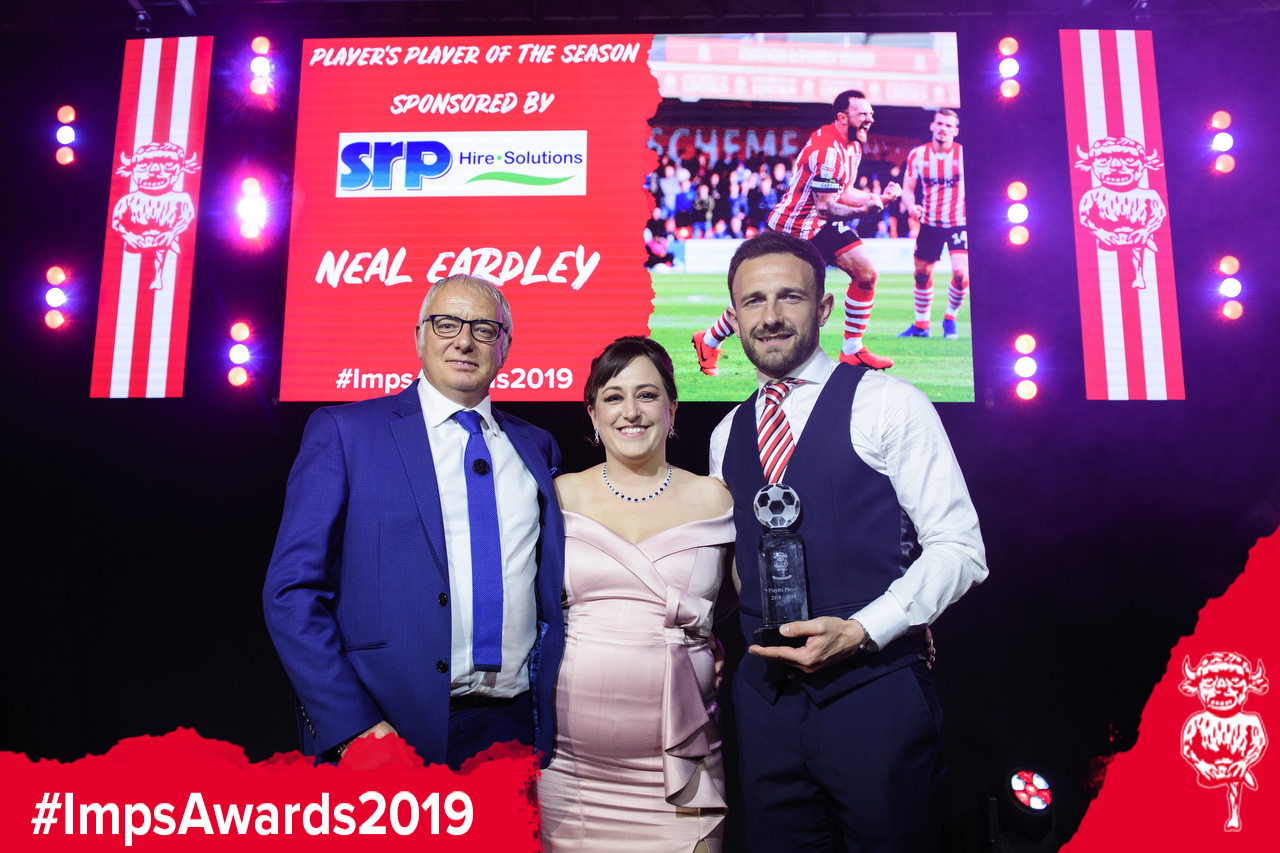 The former Wales international featured 47 times this season for City scoring twice as well as also chipping in with serval assists throughout the campaign.