City equalised in the second half at One Call Stadium through John Akinde's spot kick, which ensured that the Imps' unbeaten league run was extended to 15 games.

O'Connor, who made his 50th City appearance at Mansfield on Monday night, believed his side's response after a slow start was credit to the character of the squad. 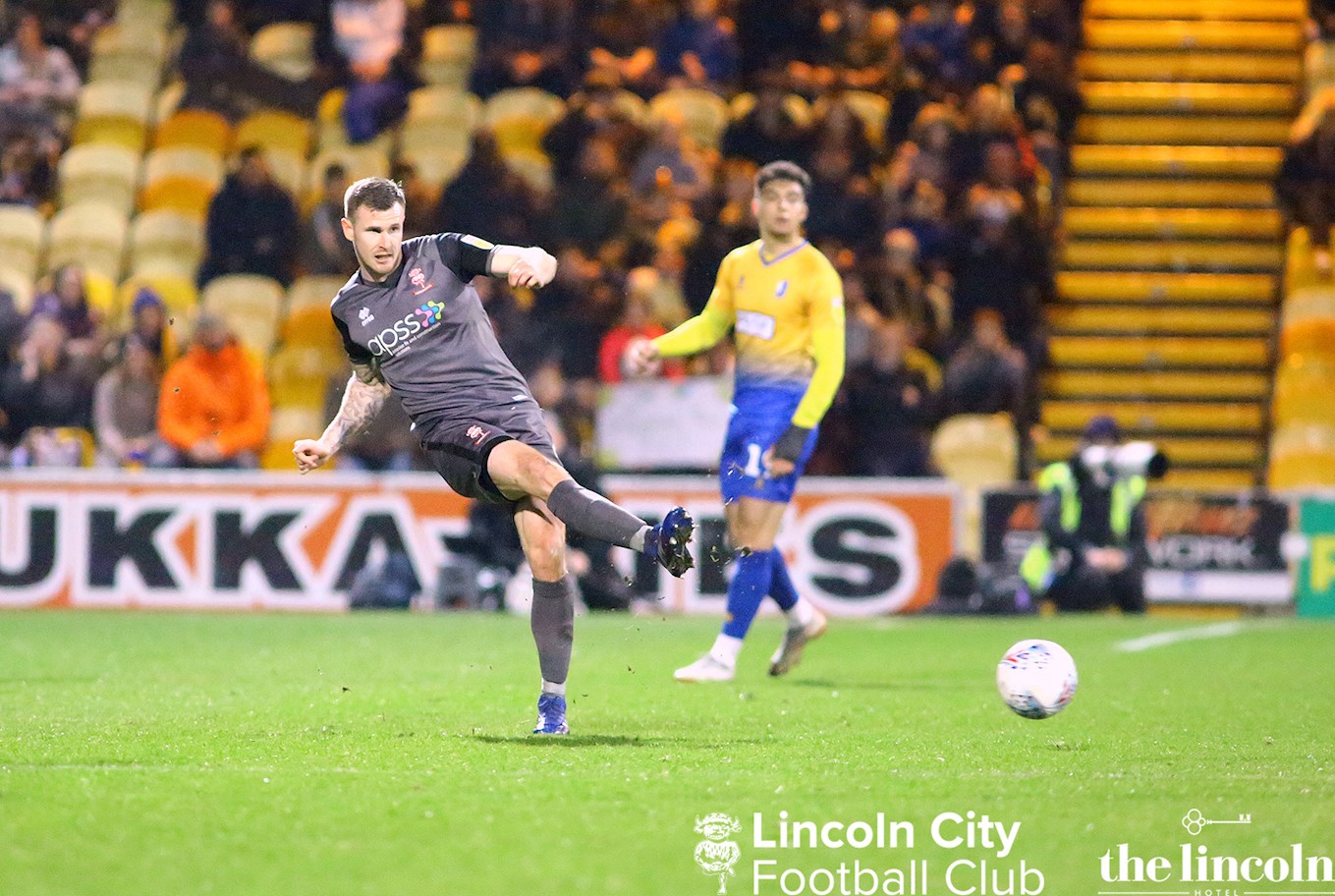 "We keep going, even when we haven't played well, and we showed that at Mansfield," he said.

"At the end of the day, it's a good point, and we keep that gap from fourth-place.

"We knew before hand that they were good on the counter. We weren't winning enough first balls, or enough second balls, and the ball was coming back too much.

"At half-time, the gaffer told us we need to show a bit of character here and second-half I thought we showed that." 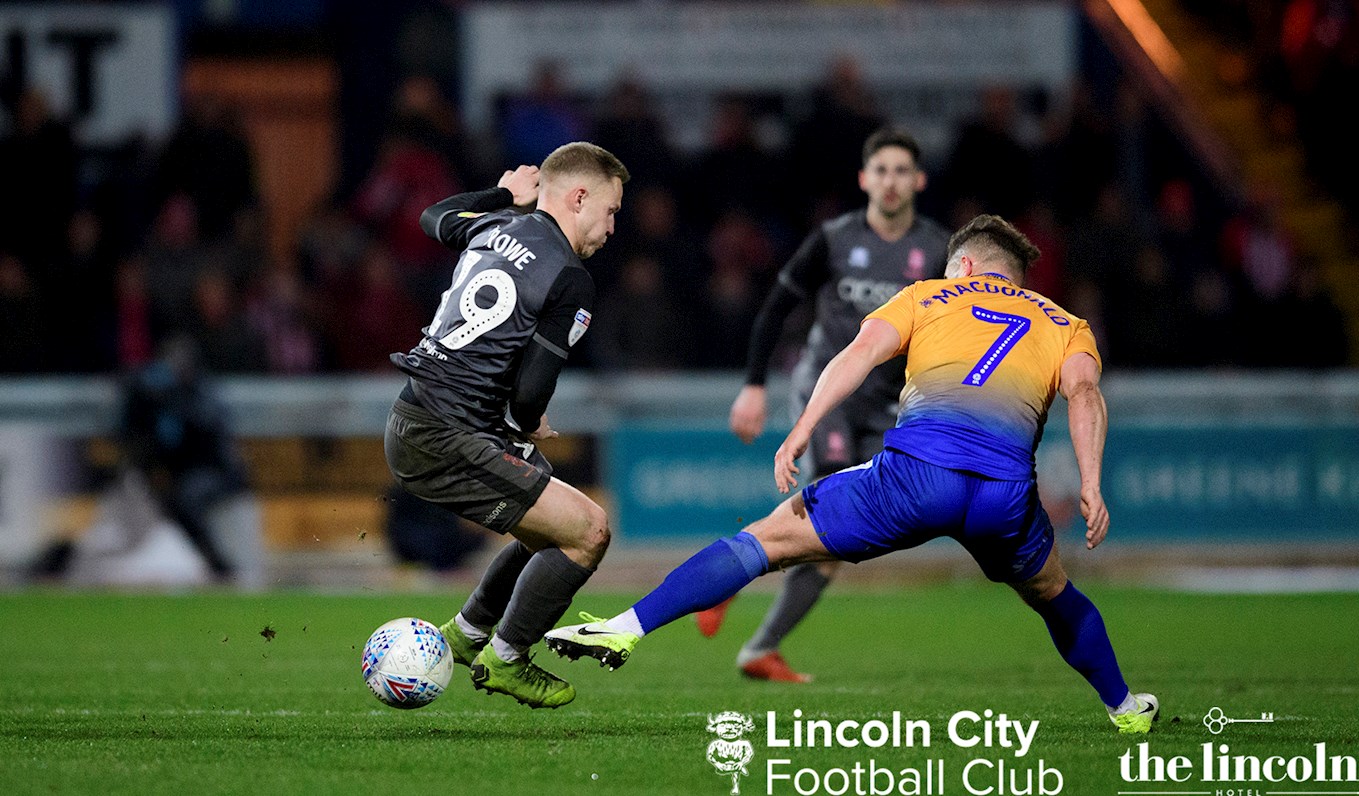 City may have felt that they could have taken all three points, with Bruno Andrade and Mark O'Hara being denied a winner in the closing stages.

"I thought we were the better team in the last 15-20 minutes, and I thought we looked comfortable in that stage of the game," he added.

"It was a good night's work, and the main aim is to stay unbeaten until the end of the season, with this one being one of the toughest fixtures, and I thought we've done well apart from the first 25-30 minutes."

Harry Anderson was the man who earned the penalty for John Akinde after being brought down by Conrad Logan.

While Harry didn't have as much joy as he would have like down the right flank, O'Connor noted how he his hard work pays off, as Akinde levelled the scores from the resulting spot kick. 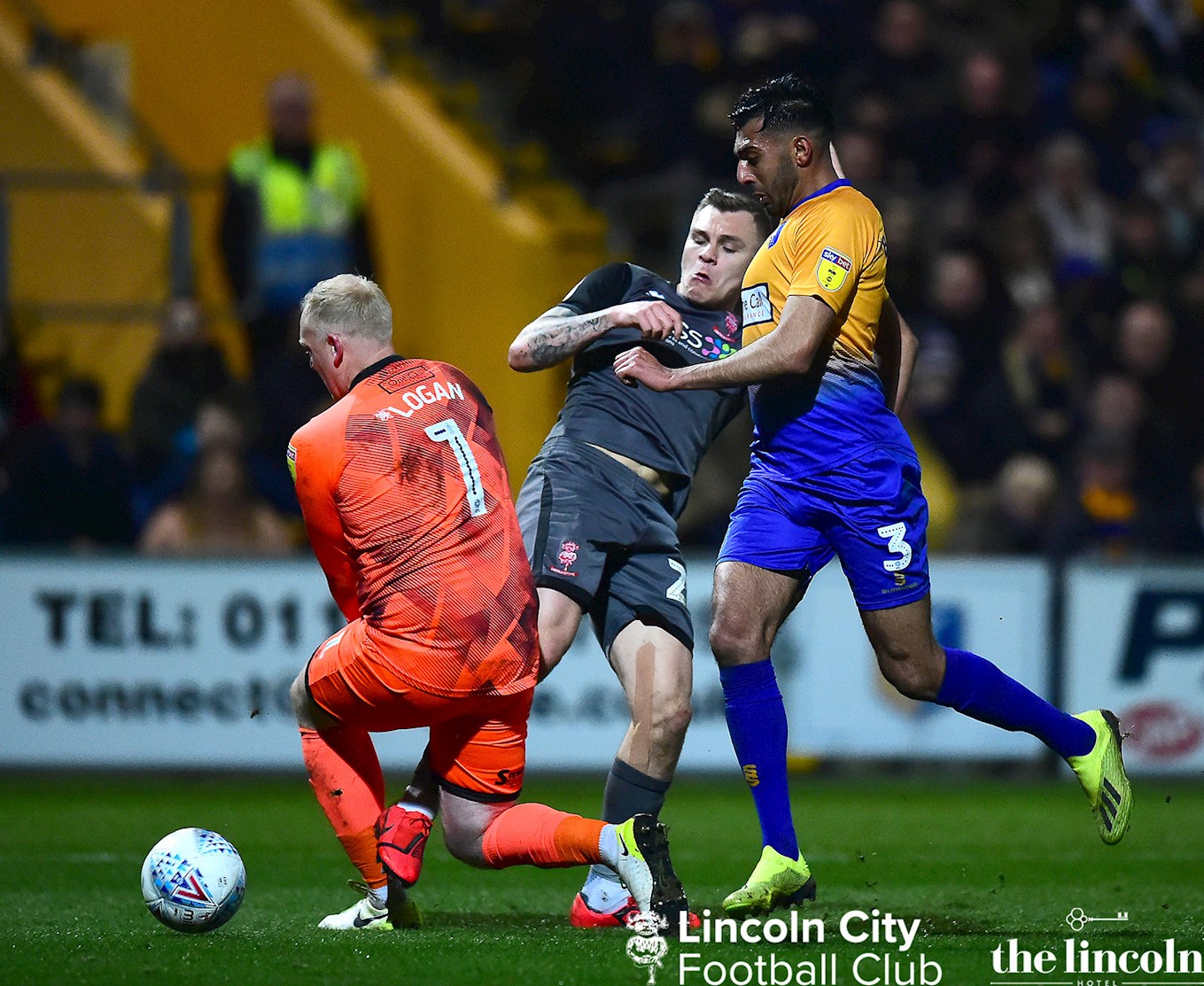 "Harry is like one of them annoying flies that just swarms around you!" O'Connor joked.

"He gives everything, every game, even in training. He knows himself that he didn't play as well as he can do, but he kept going and won us the penalty at the end.​"

You can join Mickey and the Imps for the final four home games. Final Four Packs are on sale HERE.

Imps To Hold Ticketing Ballot Ahead of Sunderland Play-Off Fixture


We are delighted to announce we have received approval to welcome 3,145 fans back to LNER Stadium for our Sky Bet League One play-off fixture versus Sunderland on Wednesday 19th May 2021 (6pm KO).


Yesterday, the Imps announced that Percy Freeman would be the first legend on the LNER Train of Fame. We can now reveal the next City legend to get on board is former player and manager Keith...


We can announce the winners of our Imps Lottery May Super Draw.


Earlier this year we teamed up with our friends at LNER to give all Imps supporters the opportunity to vote for their favourite Lincoln City legends in an online poll.