Danny Cowley has praised the attitude of his players to extend their unbeaten league run to 15 games, despite falling behind at Mansfield Town on Monday night.

City went a goal down in front of the Sky Sports cameras after three minutes as Stags skipper Krystian Pearce nodded David Flitcroft's side into the lead.

The Imps grew into the game, but had to wait until 15 minutes before the end to level the scores, after Harry Anderson was brought down for a spot kick, and John Akinde slotted home for his 16th of the season.

Danny admitted his side were slow out of the blocks, but the endeavour of his side ensured City's unbeaten run would continue in 2019.

"If you refuse to lose, and something is that important to you, and you're willing to fight as much as our players do, then you will always stay in matches," he said.

"There's an ethos within the group that it's really hard to beat someone that never gives up.

"We did want to execute technically and tactically, but if you can't, then fight really hard and we did that tonight.

"You don't go unbeaten since Boxing Day without having a lot of fortitude within the group." 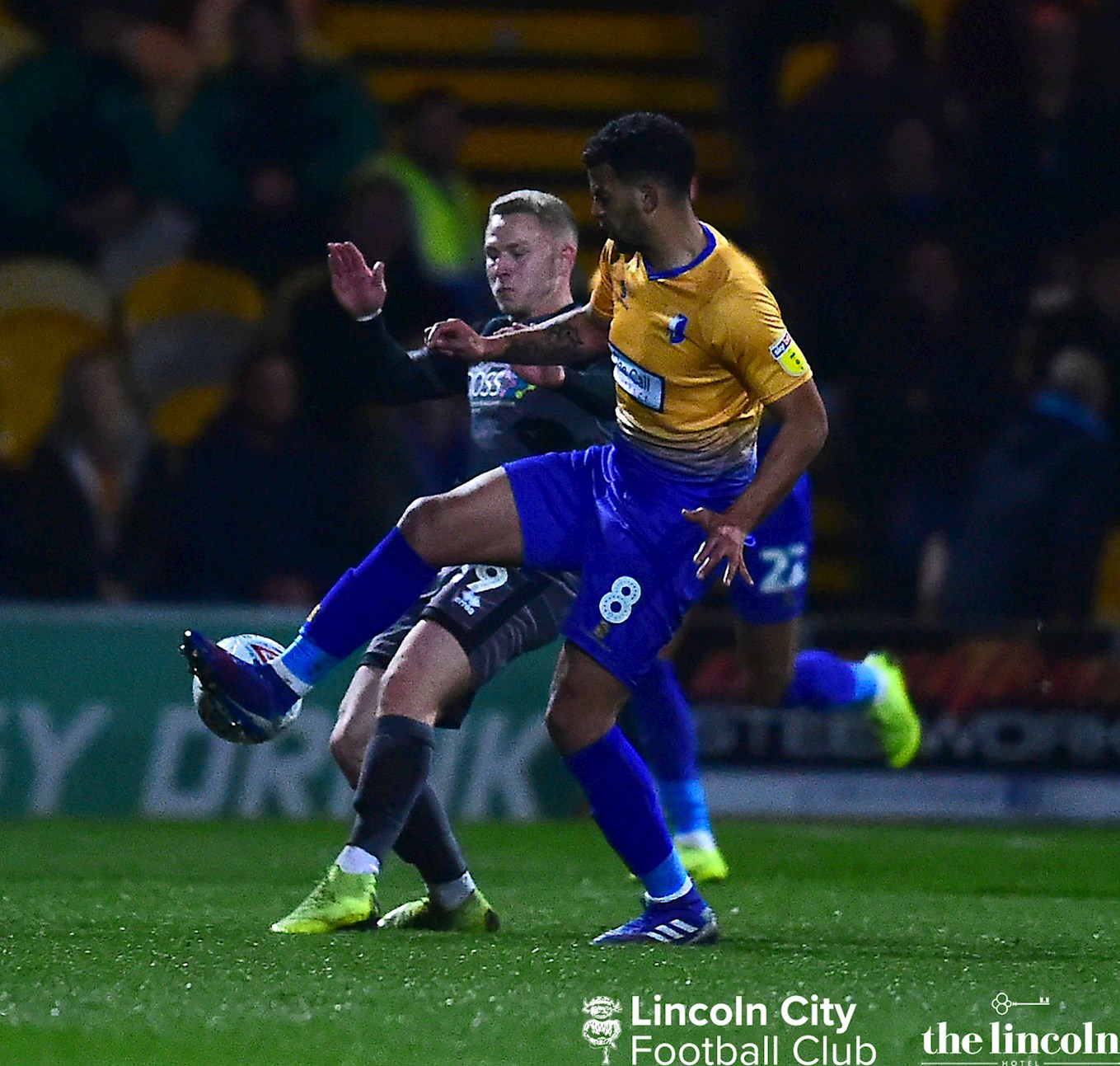 City weathered an early storm from Mansfield following Pearce's opener, but seemed to improve and create more chances as the game progressed.

"We were disappointed with ourselves first half. We started too passively," Danny added.

"We conceded a terrible goal from our point of view, so we definitely need to go back to that and learn from the mistakes.

"Then you're here, against a team with an excellent home record, and a vociferous crowd, then you give yourself a mountain to climb. It knocked us, and we didn't play well for the first 25-30 minutes.

"We had to stick together in those moments and see things through. I thought we did much better in the latter part of the first half. Then we had half-time to get everyone together and remind everyone of what got us to this point and what we would need in the second half."

The Imps have moved 10 points clear of MK Dons in fourth and Mansfield in third, while also holding a six point gap of second-placed Bury following the 1-1 draw at One Call Stadium.

Despite the gap in place before the fixture, Danny made it clear that there is only one result in his mind going into any fixture. 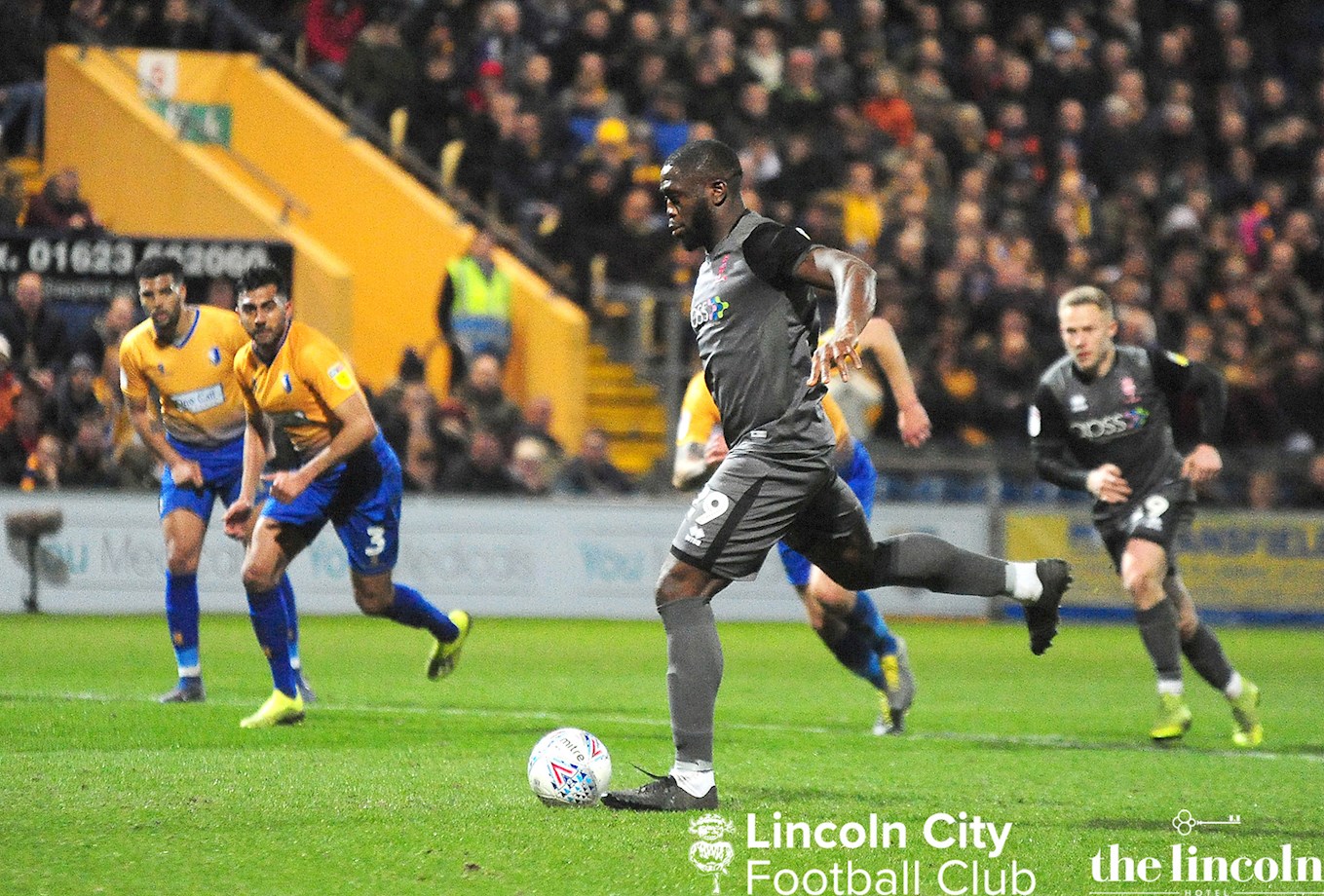 "No-one will ever want to win a football match more than me. I need to live, I need to breathe, and I need to win.

"In terms of league table they may have needed the win more than us, but we're relentless in our work ethic and application every day, and that's not something you can just turn on and off.

"We know what the cause is, we know this is life changing. Now we're in a position where we can change all of our lives, and we're not going to stop now."

A sold-out away crowd of Imps made the Monday night trip to Nottinghamshire, and Danny was grateful for the supporters sticking with his side, despite the slow start.

"I think we have to credit our supporters as well, who helped generate a fantastic atmosphere for the League Two," he added.

"I'm pleased they saw the best in us tonight because they could've got frustrated, but they didn't and they stayed with us.

"The whole city, the whole county, the way it's come together, makes me feel really proud."

The Imps are back on the road this Saturday with a trip to Crawley Town. Over 700 have sold, and tickets are available HERE.