The experienced goalkeeper has had an unbeaten start to life as an Imp, with two away victories and a draw at home to Exeter City last Tuesday.

Gilks explained how Danny Cowley’s side will have to be at their best for the remaining games of the season.

“People are coming to Lincoln not to get beat, it can be difficult to break teams down when we are playing them at home and everyone brings their ‘A’ game because we are top of the league,” said the 36-year-old.

“As much as the top teams come and try to get draws at our place, it is the same for the teams at the bottom because it is a different game for them, they see a point away to us as a victory.

“We take every game as it comes and prepare all week, we will try to get on the front foot and get the crowd behind us because they turn out every week for us, so hopefully we can get the win on Friday.”

The former Premier League goalkeeper made it clear that the Imps will look to go five points clear at the top of the SkyBet League Two table if they win at home tomorrow.

“First and foremost, we need to get the result, we have prepared all week for it. It should be a good game and we will go five points clear if we win it,” explained Gilks.

“We have the strength to change formation and personnel, so everyone will bring their best and we will perform to ours. They are 95 or 96 minute games these days so we will stay comfortable and keep attacking until the end.

“We will keep it tight at the back and hopefully our tactics will pay off.”

Gilks made his Imps debut against Morecambe at the Globe Arena last month. 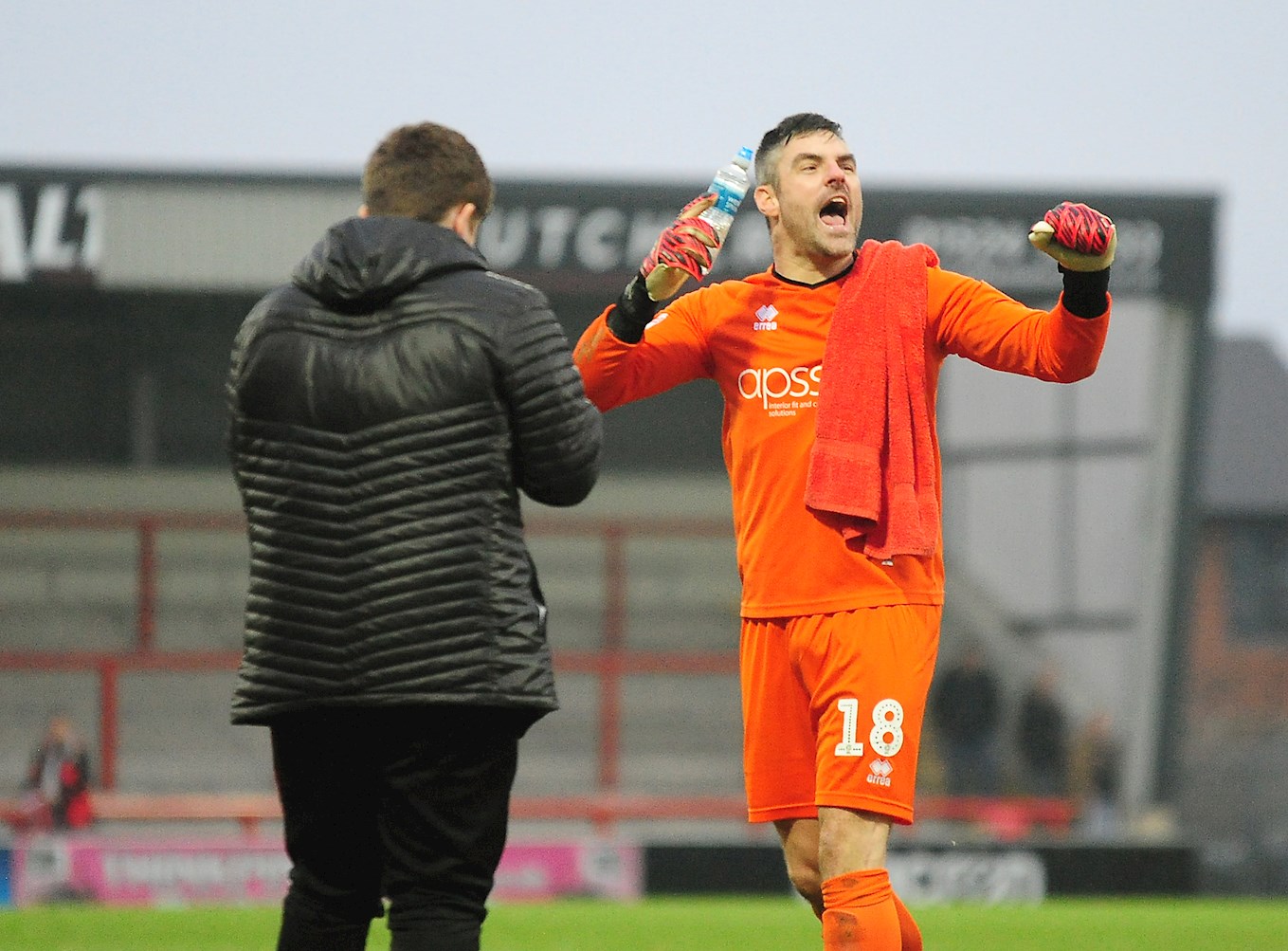 The former Scotland international spoke about his return to first team football after joining the Imps in January: “I played in the Morecambe game and felt fine, I kept a clean sheet and pulled a save off at the end which perked me up.

“So, a clean sheet and a win on my return, you can’t complain.”

The Imps goalkeeper finished by speaking about the experience City have in their squad.

“Between the three of us [Jason Shackell and Michael Bostwick] there is a lot of experience, at the end of the day it is a game, it doesn’t matter who is in front of you,” said the 36-year-old.

“I talk all game to them even with the experience they all have.”

Gilks played alongside right-back Neal Eardley at Blackpool during the 2010/11 season in the Premier League.

“We all work together, we help Toffs [Harry Toffolo] and also Neal Eardley is fantastic for us. I played with him at Blackpool and he has been brilliant for me ever since I walked through the door.”

Remembering Imps we have lost


City will be remembering Imps who have sadly lost their lives in 2022 at the final home fixture of the year versus Bolton Wanderers.


Supporters overseas can now purchase a half season pass for iFollow Imps, bringing you closer to the action!


The club would once again like to offer supporters the opportunity to nominate local charities who will have a chance of becoming a Lincoln City named charity partner in 2023.


City supporters will have the chance to pay tribute to Dambuster Johnny Johnson at Saturday's home game against Wycombe Wanderers.