Lincoln City will host Accrington Stanley in the club's first fixture of the 2019/20 Sky Bet League One season.

City's first away fixture will be the following weekend at Rotherham United, with trips to MK Dons and Doncaster Rovers also on August's calendar.

The Imps will start September with a trip to Wycombe Wanderers, before a trip to Blackpool at the end of September.

October will be one of interest to Imps fans, as we host Sunderland at the beginning of the month, before travelling to Peterborough United the following weekend.

The end of the month sees a midweek trip to Portsmouth, before hosting Bolton Wanderers four days later.

The Festive period kicks off with a trip to Coventry City on Saturday 21st December, before travelling to Oxford United on Boxing Day.

The Imps will host Ipswich Town on Saturday 29th December, with Peterborough United visiting the Bank on New Year's Day.

Rotherham and MK Dons at Sincil Bank are amongst the fixtures in February, while March sees the Imps face Burton Albio, Tranmere Rovers, Coventry City and AFC Wimbledon.

The Imps will travel to Bolton in early April, with a home clash against Doncaster Rovers the next weekend on Good Friday. City will travel to Fleetwood Town on Easter Monday.

Please note that all kick-off dates and times are subject to change. 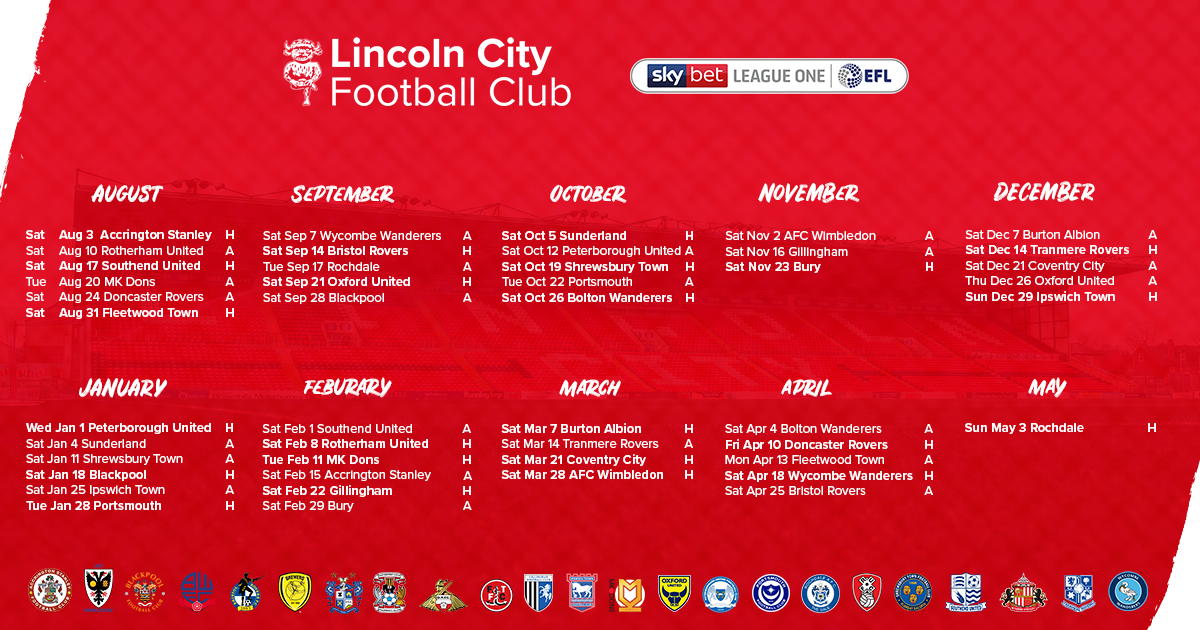