There are less than two weeks until the Sky Bet League One fixtures are released, with City set to face former Premier League sides in City's first season in England's third tier this century. Here, we take a look at a player for the Imps and each opponent that City will face this season. We take a look at the clubs lettered A-G in part one. 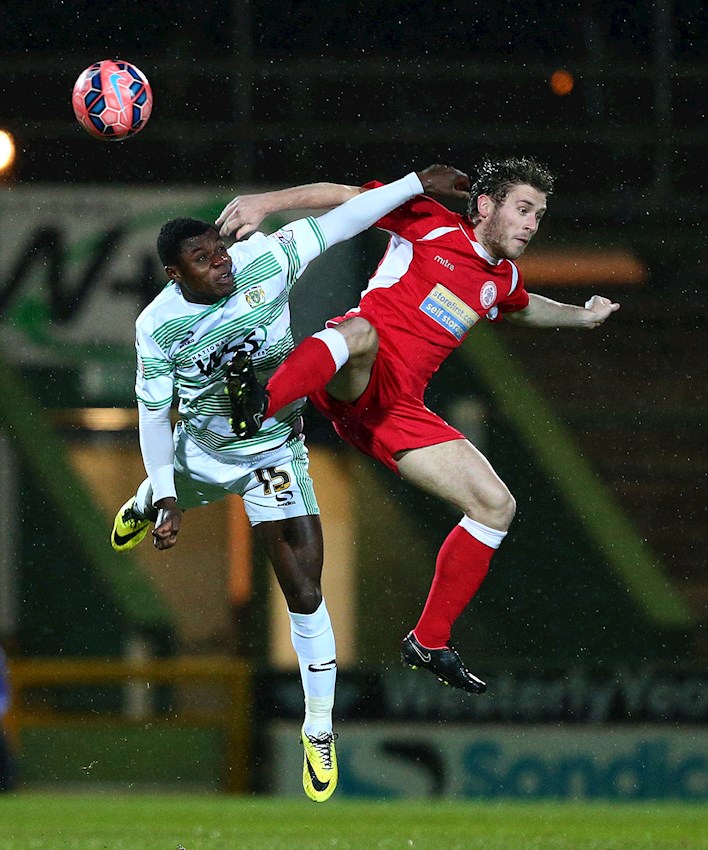 An important figure in the League Two title-winning side at Lincoln City last season, Shay McCartan arrived at Sincil Bank on a season-long loan from Bradford City in July 2018.

The Northern Ireland international made over 100 appearances during his time with Accrington Stanley between 2013 and 2017 and scored a total of 11 goals in League Two during his last season at The Crown Ground.

During his time with the Imps, McCartan scored the promotion winning against Cheltenham in April's 1-1 draw at Sincil Bank. The forward was also awarded the club's goal of the season award for his magnificent strike against Swindon. 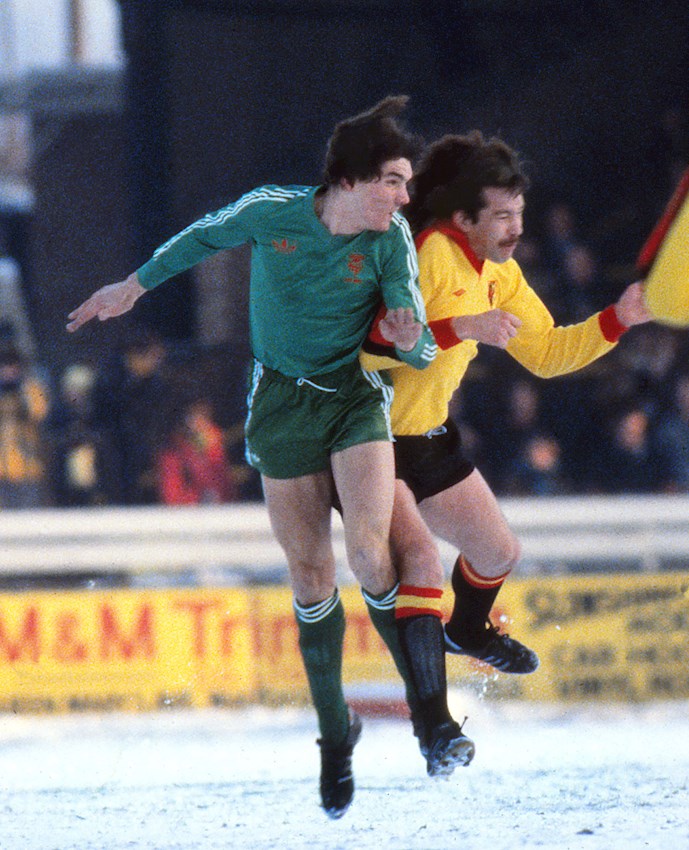 Starting his career with the Imps in 1977, Mick Harford went on to represent England in 1988.

The forward scored three hat-tricks for the Imps during the first half of the 1980/81 campaign attracting interest from a number of top sides included Newcastle United who paid £180,000 for Harford in December 1980.

Harford went on to play for a number of sides including Luton Town where he won the 1988 League Cup against Arsenal.

In 1994, the former City frontman joined his last club Wimbledon who were then managed by UEFA Cup winner Joe Kinnear. Harford would feature alongside the likes of Vinnie Jones, Peter Shilton and Kenny Cunningham. 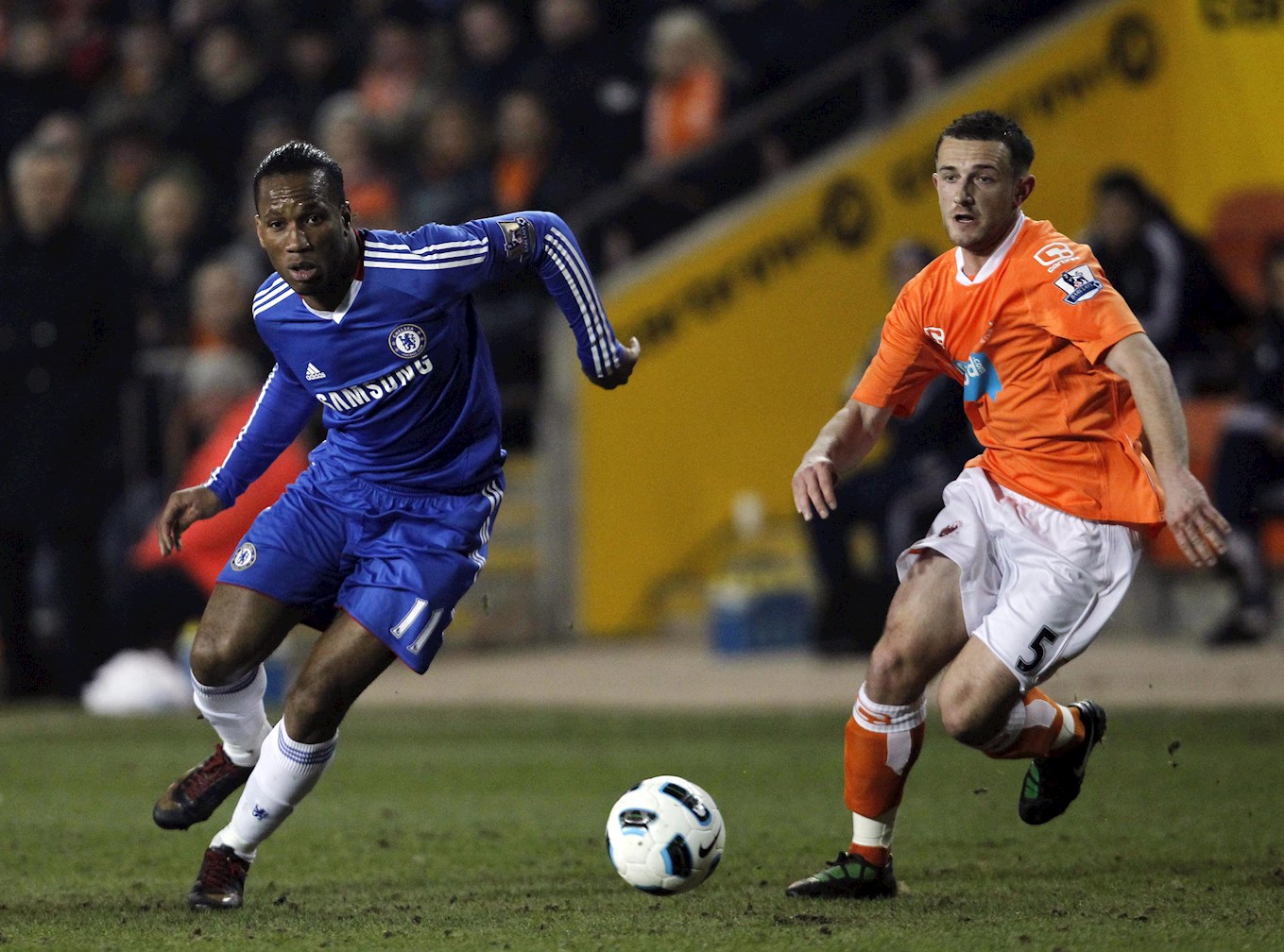 A key member in Lincoln City's side over the last two seasons, Neal Eardley won the club's 2017/18 Player of the Season award after lifting the Checkatrade Trophy at Wembley.

The former Wales international featured in the Premier League for Blackpool after winning promotion to the top flight in 2010, beating Cardiff 3-2 in the play-off final at Wembley Stadium.

Eardley scored his first goal for the Tangerines with a free-kick in a 2-2 draw against Everton, the right-back featured a total of 33 times across the 2010/11 campaign. 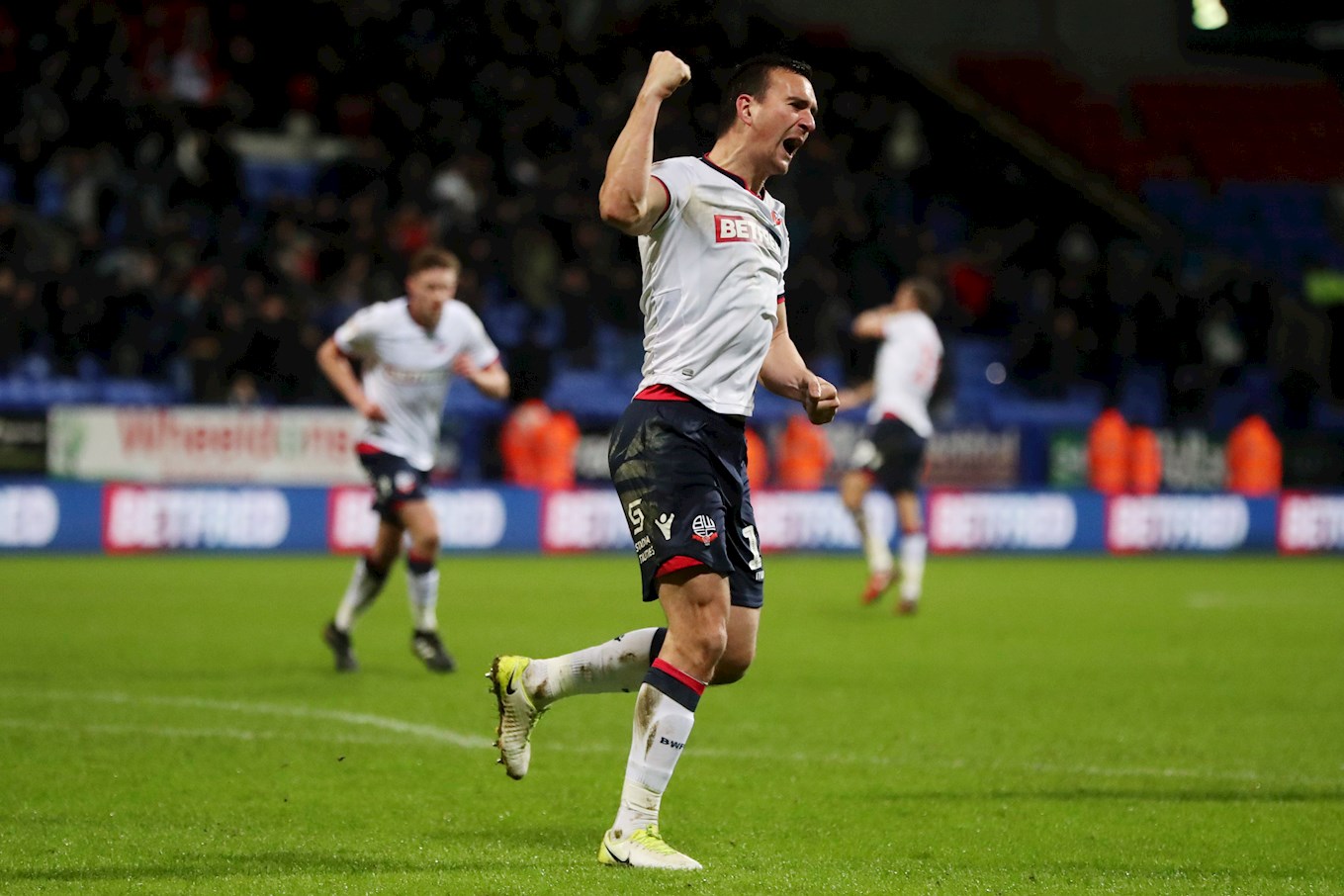 Jack Hobbs progressed through the Imps Academy set-up accepting a three-year scholarship with City in 2004. The defender made his league debut in April 2005 against Bristol at the age of 16 years and 149 days making him the club's youngest debutant, a record previously held by left-back Shane Nicholson.

Hobbs signed for Premier League giants Liverpool on his 17th birthday in August 2005 following interest from Arsenal and Tottenham. The defender was part of the Liverpool side who won the 2006 FA Youth Cup against Manchester City. The defenders received transfer fee is a club record for the Imps.

After going on to play for a number of Championship sides such as Leicester City, Hull and Nottingham Forest, the 30-year-old signed for Bolton Wanderers on a free transfer in July 2018.

Hobbs made 27 appearances in all competitions for the Trotters during the 2018/19 campaign, scoring once against Reading in January 2019. 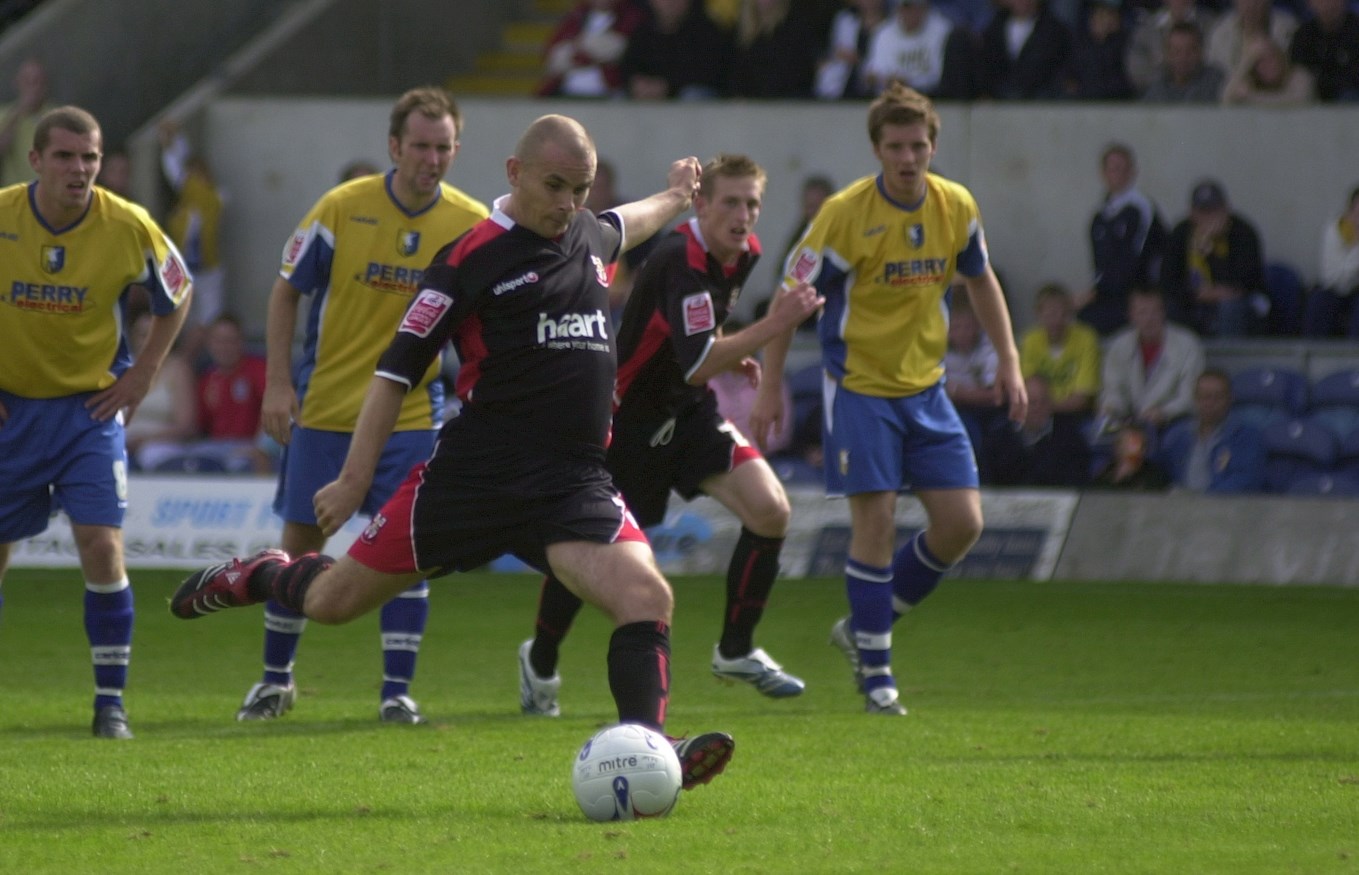 After starting his career in France with Auxerre, Jamie Forrester went on to feature for a number of sides including Leeds United, FC Utrecht and Scunthorpe United.

In 2004, the forward signed for Bristol Rovers following a brief spell with Hull City.

Forrester scored 11 goals during his time with the Pirates before joining Lincoln on loan in 2006 where he had an instant impact scoring five goals in nine games.

Following his loan spell with the club, the forward signed a permanent deal with City where he went on to feature a total of 94 times for the Imps, scoring 37 goals. 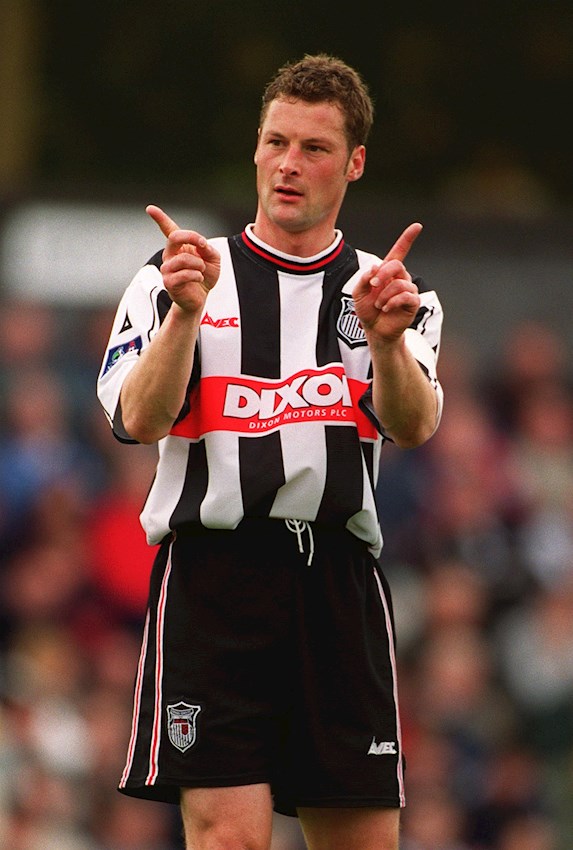 Currently assistant manager at Indian Super League side Chennaiyin FC, Paul Groves started his career with local side Belper Town before joining Burton Albion in 1987 where he went on to feature for the club at Wembley in the FA Trophy Final.

In April 1988 Groves signed for Leicester City for a fee of £12,000 making 19 appearances for the Foxes. In August 1989, the midfielder joined Lincoln on loan making 10 appearances in total, scoring once. 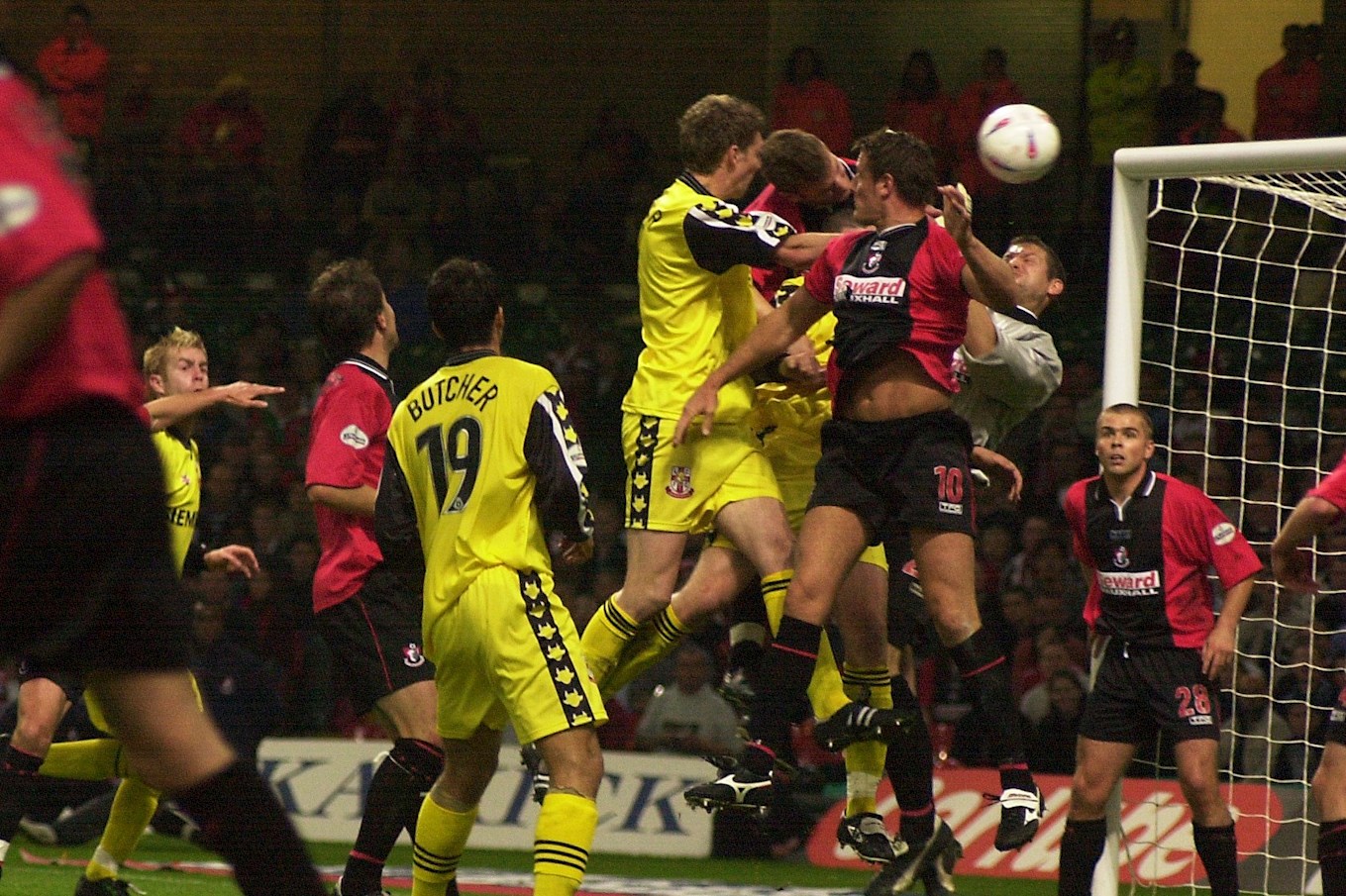 Joining the Imps in 2002 following a spell with Doncaster Rovers, Ben Futcher made 140 appearances in all competitions during his three seasons at Sincil Bank, scoring 16 goals. The defender made his last appearance for City in the 2005 League 2 play-off final against Southend United.

Futcher went on to play for Boston United, Grimsby Town and Peterborough United before signing for Bury in 2007. The defender scored his first goal for the club in the Johnstone's Paint Trophy in a 2-1 victory over Leeds United.

Towards the end of his time at Gigg Lane, Futcher spent time out on loan with a number of lower level clubs such as AFC Telford United and FC Halifax Town. In 2012, the 37-year-old became joint-caretaker manager of Bury following the departure of Richie Barker. 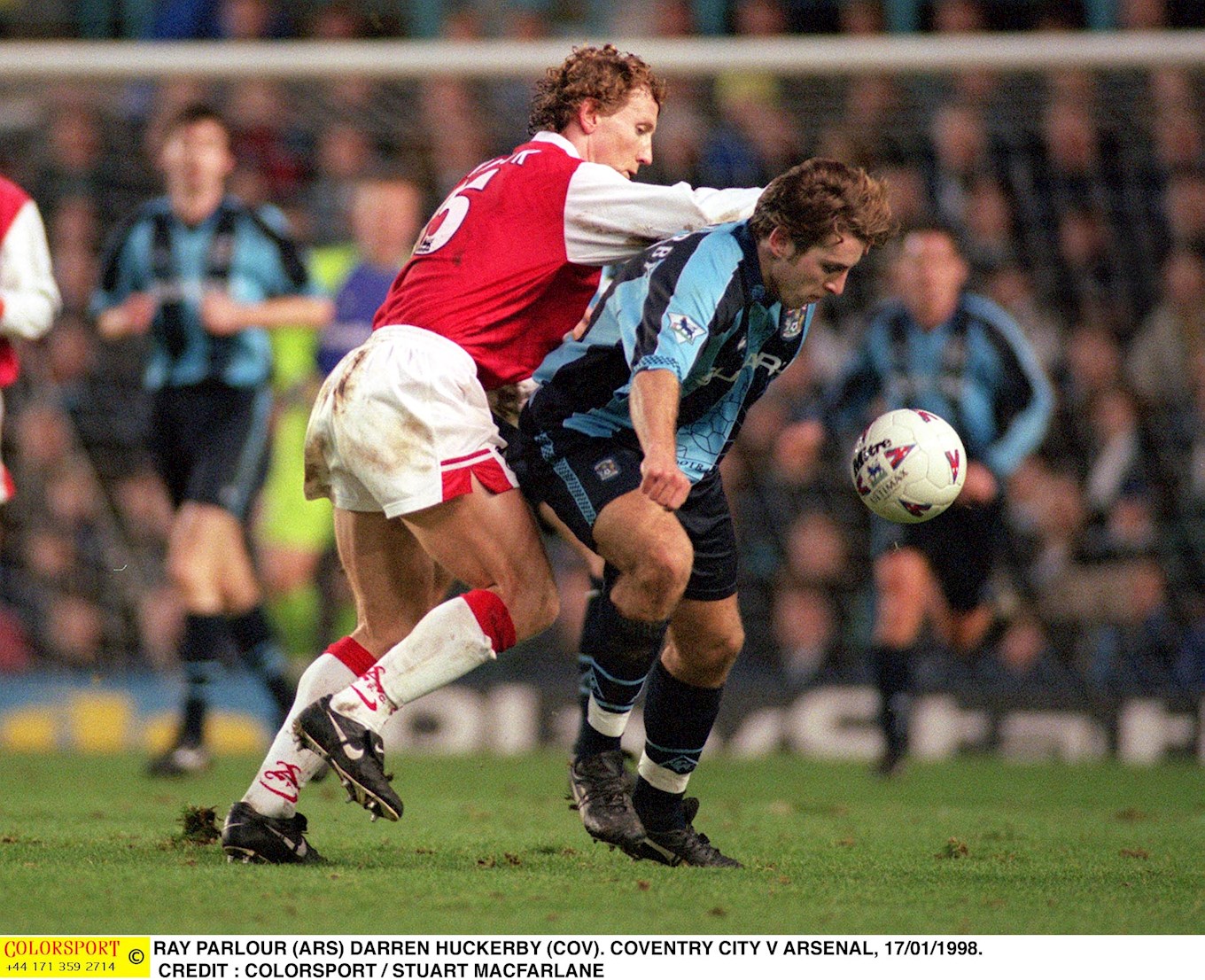 Darren Huckerby started his professional career with the Imps in 1993 where he played 23 games in all competitions for City.

In 1995 Newcastle United paid £400,000 for the forward however, Huckerby's spell at St James' Park was short lived with a £1 million transfer to Coventry City following in 1996.

Huckerby formed a successful partnership with England international Dion Dublin at the Sky Blues earning himself a call up to the England B side.

Darren scored five goals during his first season with Coventry, the forward would go on to score a further 21 in the top flight for the Blues before leaving the club for Leeds in 1999. 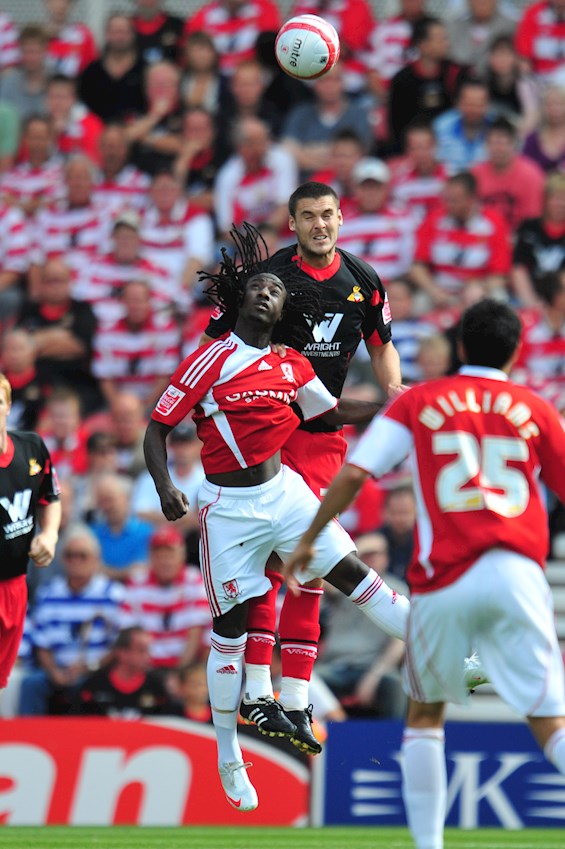 There are currently four members of the first team setup who have previously played at Doncaster Rovers, two of which are on the coaching staff. Jamie McCombe joined Doncaster in 2012 following spells with Bristol City and Huddersfield United.

The six foot five centre back previously played for the Imps between 2004 and 2006 making a total of 95 appearances in all competitions scoring eight goals. Macca returned to Sincil Bank in January 2016 before becoming a player/coach later that year.

Goalkeeper coach Andy Warrington spent the majority of his career with Rovers after signing for the club in 1999 from York City. The 42-year-old made over 200 appearances for Donny during his eight-year spell with the club.

Warrington joined the Imps in July 2018 as goalkeeper coach following a spell with the club's rivals Grimsby Town.

Community Player of the Year Harry Toffolo is the third name the current squad to have a connection between Doncaster and Lincoln. The 23-year-old spent time on loan at the Keepmoat during the 2017/18 season whilst still on the books at Norwich City.

Toff joined City in 2018 after a brief spell with Millwall. The left-back scored three goals for the Imps in his first season at Sincil Bank, including the winner against Grimsby in January 2019.

Former Premier League defender Jason Shackell has also featured in both the red and white of Lincoln and Doncaster. The 35-year-old impressed for City in his first season after joining in August 2018. He scored five minutes into his Imps debut against Port Vale in the Carabao Cup.

Shack had previously played for Rovers when they were a Championship side joining the club on loan from Wolverhampton Wanderers. The defender made 21 league appearances scoring just one goal for the club. 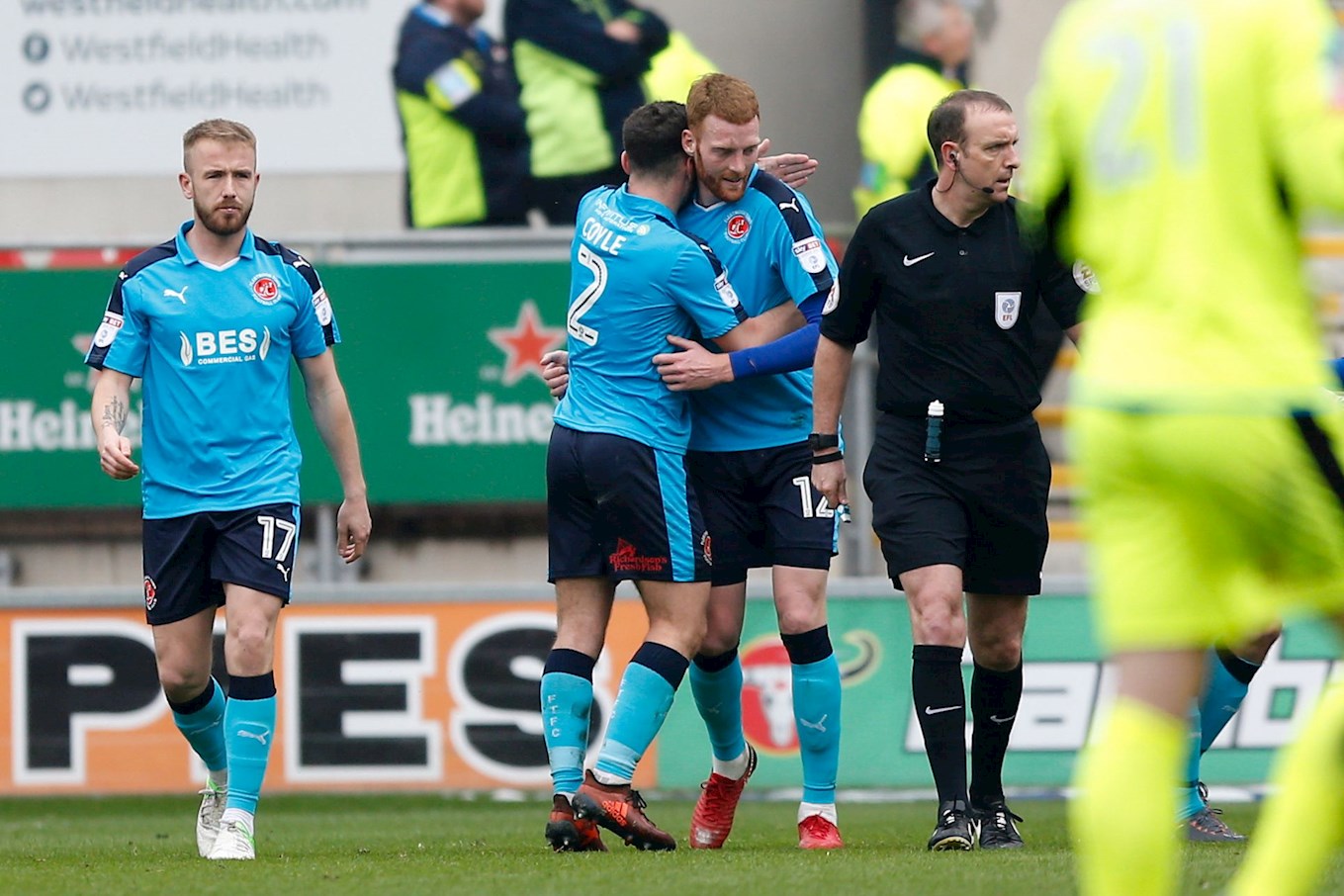 Arriving at Sincil Bank in January 2019, Cian Bolger joined City from Joey Barton's Fleetwood Town. The defender made his Imps debut against Grimsby Town scoring his first goal for City in their 3-0 win over Crawley.

During his time with Fleetwood, Bolger made 85 league appearances after joining the club from Southend United.

Despite not playing for Gillingham, John Schofield spent time with Gillingham as assistant manager to Martin Allen. During his time at Priestfield Stadium, the former Imps midfielder won the League Two title during the 2012/12 campaign.

Following Allen's departure from the club in October 2013, Schofield took over as caretaker manager before Peter Taylor was appointed interim manager. The former Lincoln boss remained with the club under Taylor before leaving in May 2014. 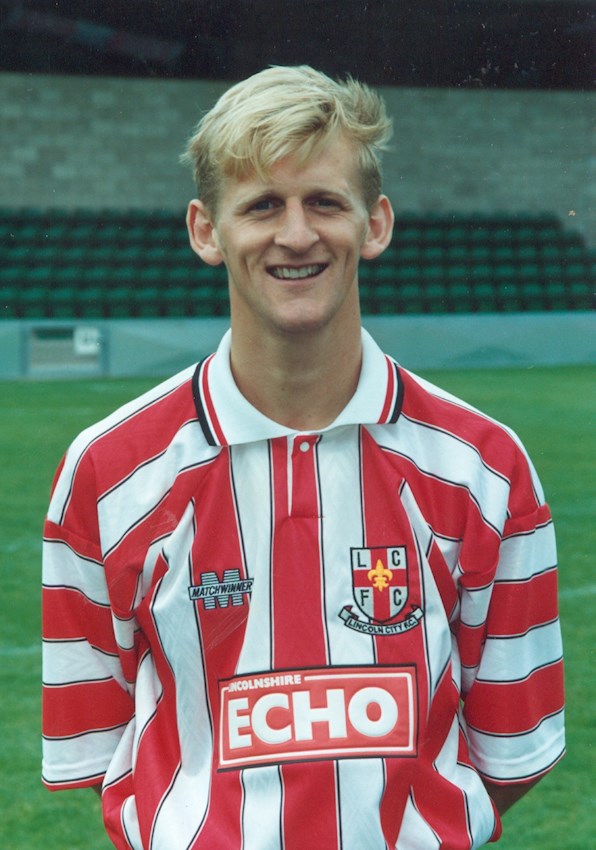 Schofield signed for Lincoln in November 1988 for £10,00 with Colin Murphy as manager. The midfielder went on to become a regular in the Imps starting line-up becoming club captain during the 1993/94 season where he was voted Imps' Supporters Player of the Season.

The former apprentice-trained motor mechanic turned footballer left Sincil Bank in November 1994 joining Doncaster after 231 league appearances for the Imps. However, Schofield returned in June 2000 as Head of Youth Development before being called upon for his playing services.

The 54-year-old spent time as Head Coach with the Imps being appointed in June 2006 following Keith Alexander's departure.