Lincoln City Women have received their fixtures ahead of the 2019/20 season, with Bedworth United making the trip to Lincoln on Sunday, September 1st (kick-off 2pm) for the first home game of the season.

However, The Women's team will begin their campaign with a trip to Wolverhampton Wanderers on Sunday, 18th August (kick-off 2pm).

The first game of 2020 will be at home to Wolves Women on Sunday, 12th January - the only scheduled league fixture in the opening month of the calendar year.

Lincoln City Women will close the league season with a home fixture against Long Eaton.

Lincoln City Women will play their home fixtures at the Sun Hat & Villas Resort Stadium, the home of Lincoln United. Any changes of venue will be announced in due course. 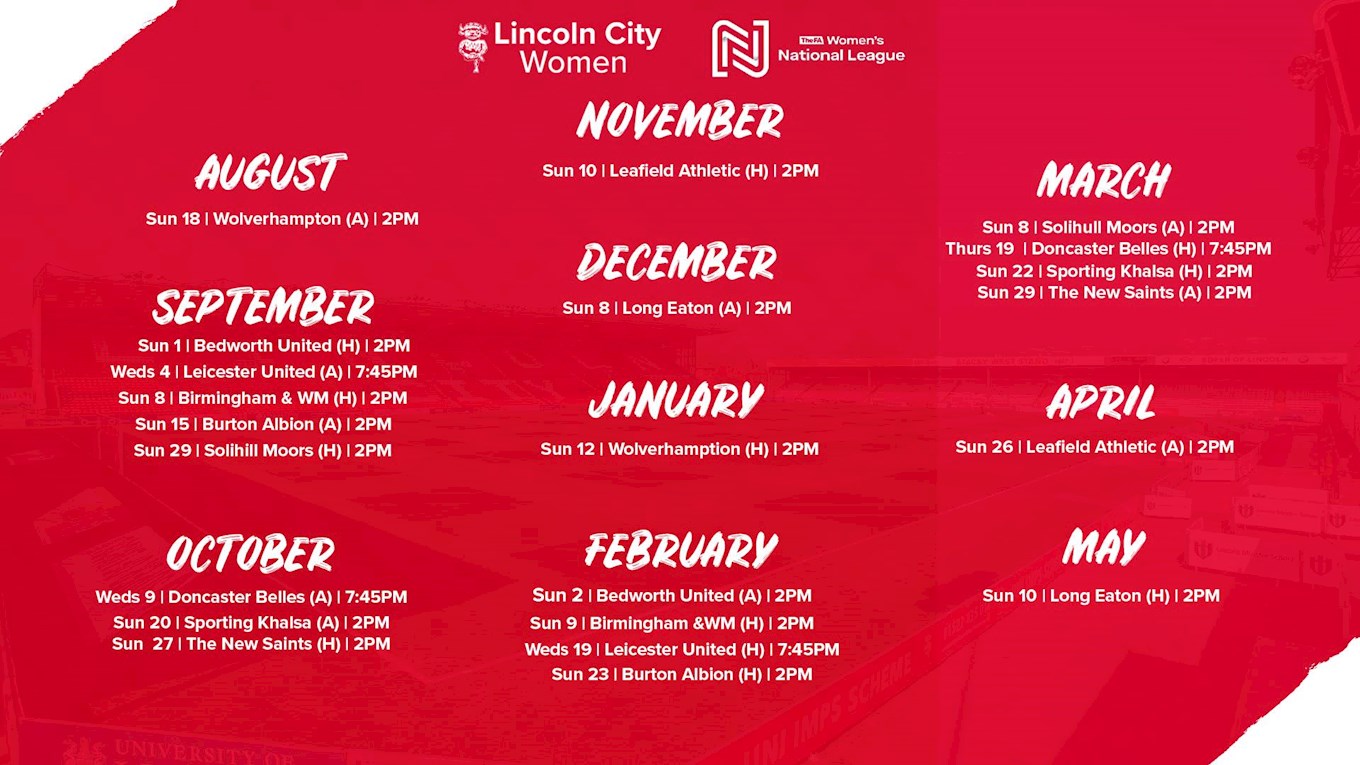