Danny Cowley expressed his delight with bringing in two new faces to Sincil Bank ahead of Lincoln’s trip to Bury this weekend.

The Imps boss told the Media at the weekly Press Conference that he has been working on the deals for a long time.

“I am delighted to have signed Jordan Roberts, we have been trying to do it for a while, he had a fantastic season last year with Crawley which got him a move to Ipswich Town in the Championship,” said Cowley.

“He can play in the number nine role or as an 11 which gives us great flexibility.

“We remember him from his time at Aldershot, he has come through all those levels to get to the Championship so he can be really proud of his career at the age of 25.

“He will bring us great power and physicality. He has a quality left foot and is a great set piece taker with great energy. He allows us to bring in a player who can play two positions. Jordan gives us a great option.”

Alongside Ipswich midfielder Roberts, Lincoln have signed Peterborough United midfielder Mark O’Hara on loan until the end of the season.

“We are delighted to have signed Mark O’Hara, we have been working on this for a long time and he brings a great amount of athleticism,” the Imps boss explained. 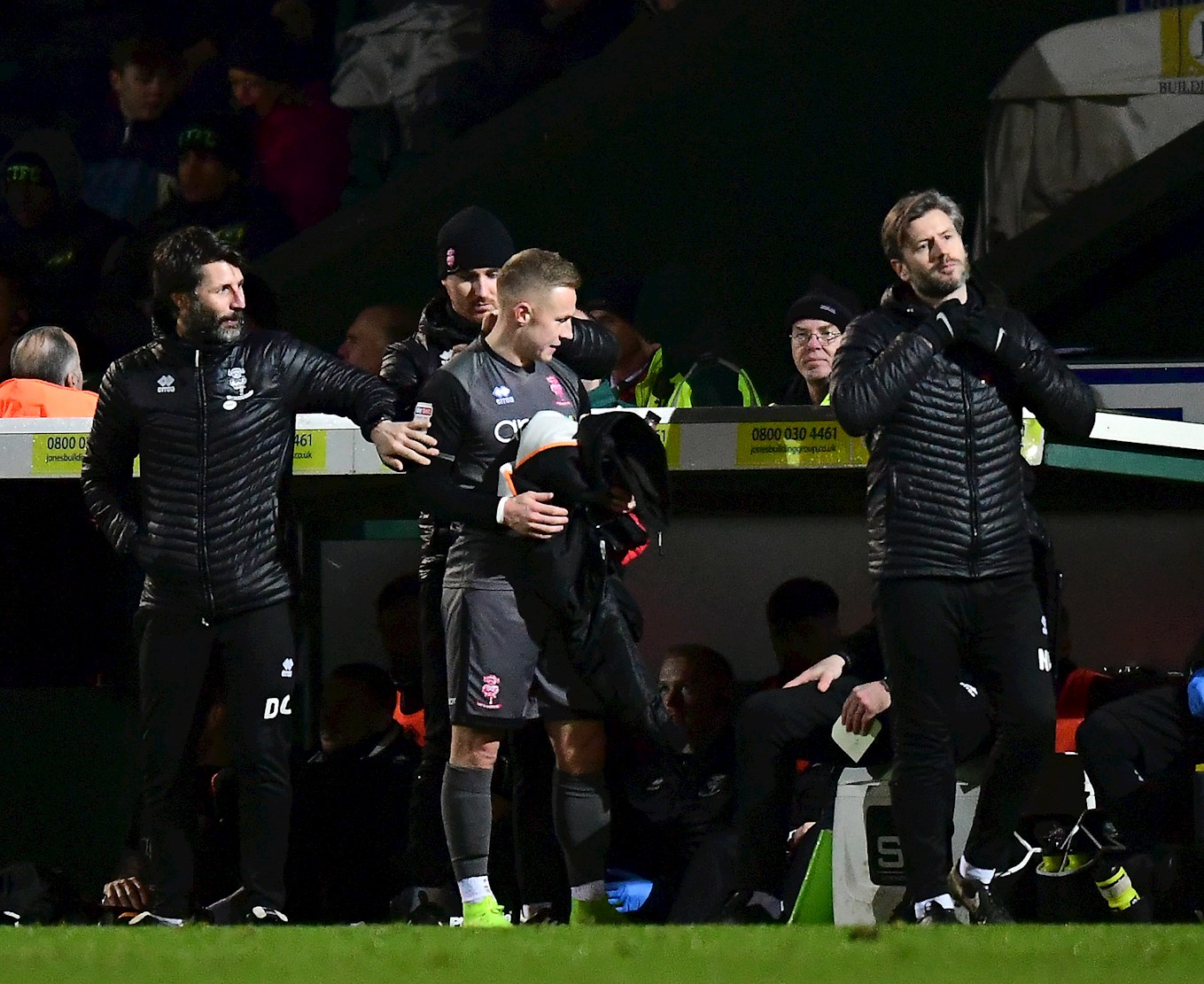 “He will provide great pitch coverage and is a goal scoring central midfield player who will compliment what we already have.

“We have got to make sure as a group we have got competition places as that is healthy, it will help drive our performances.”

The Imps face promotion rivals Bury this Saturday with a late kick off time of 5.30pm at Gigg lane.

Cowley finished by praising his opponents discussing their threat upfront and in midfield: “They have a midfield three including [Jay] O’Shea who is a great player. They are a top team. They are very good at home and they carry real threat, they have four great goal scorers at the club.

“When League One clubs get relegated and keep the group and also add to the group you know they will be in or around it. Anyone who finishes above Bury this year will have had a very good year.

“We know it is a late kick off and on Sky Sports but we are trying to encourage everyone. If you’re a younger supporter come to Gigg Lane and then have a night out in Manchester. We know the supporters will make a huge difference for us.”