The Imps travel to 12th-placed Swindon Town on Saturday, looking to build on the six point gap ahead of fourth-placed Mansfield Town.

City currently lead the top of the SkyBet League Two table with 51 points to their name after 25 games.

Lincoln go into the game following Emirates FA Cup third round action against Premier League side Everton. Danny Cowley’s side lost 2-1 with their only goal coming through Michael Bostwick.

The Imps last SkyBet League Two game saw them pick up a point against Port Vale on New Year’s Day at Sincil Bank. Two days before City had travelled to Cambridge United where they claimed three points thanks to John Akinde’s 75th minute winner.

Just five minutes before, Lincoln’s Neal Eardley equalised with a magnificent free-kick, his first goal of the season.

Swindon’s recent form has seen them draw three of their last six fixtures, most recently against promotion chasing Mansfield Town late in December.

Town won 2-1 against Macclesfield Town last Saturday as they travelled to Moss Rose. 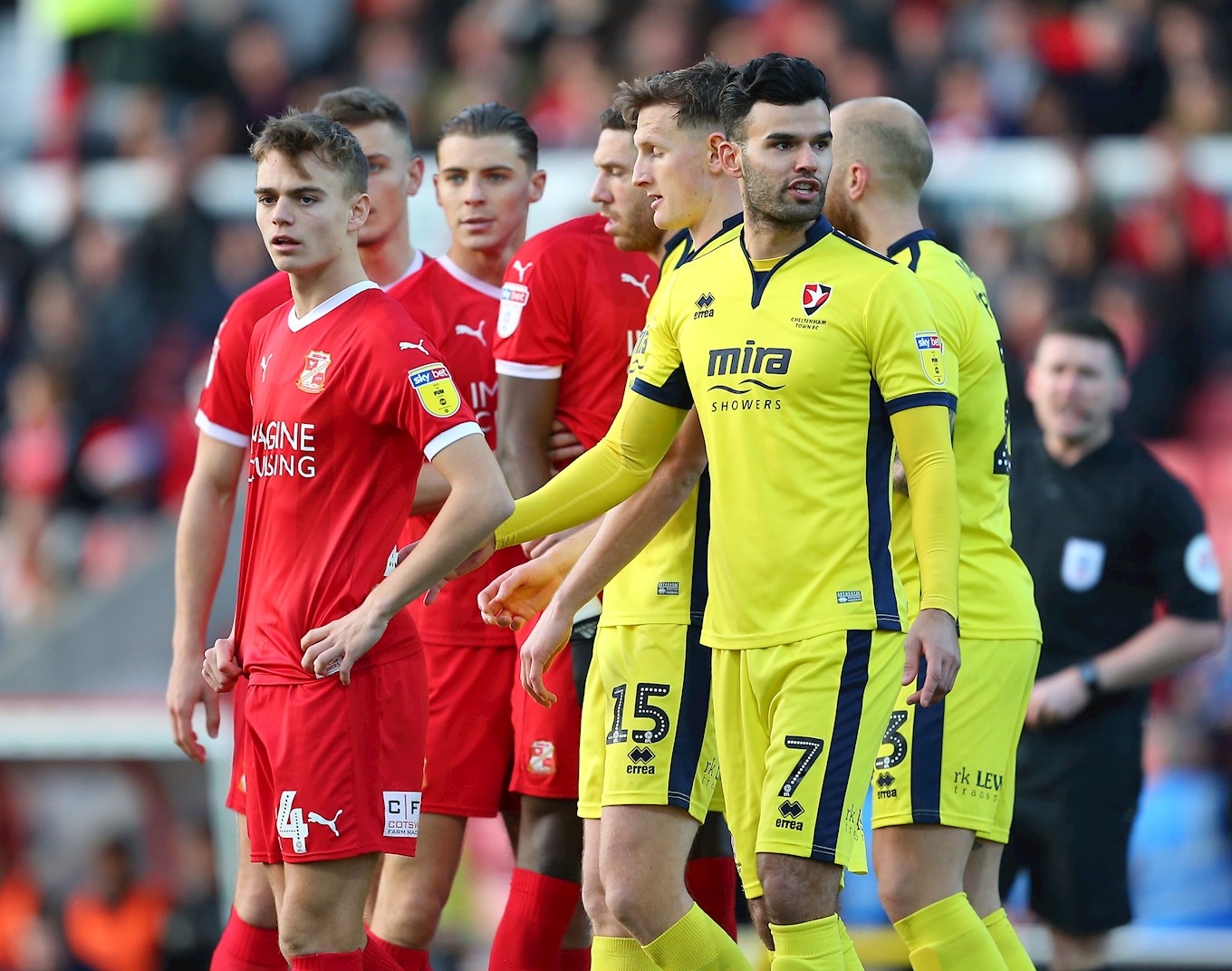 The game looked like it was going to end 1-1, however 23-year-old midfielder Jak McCourt thought differently scoring a 92nd minute winner for the Robins.

Manager Richie Wellens spoke to the club website at the County Ground ahead of the visit of the Imps.

He said: "They’ve got a lot of big players – Rhead and Akinde are a handful for anyone just because of the sheer size of them.

"They can be direct and play long, but they’ve also got good players – Neil Eardley, Frecklington, who I’ve played with, they’re good footballers, so if they want to play they can. They’ve got a good mix. 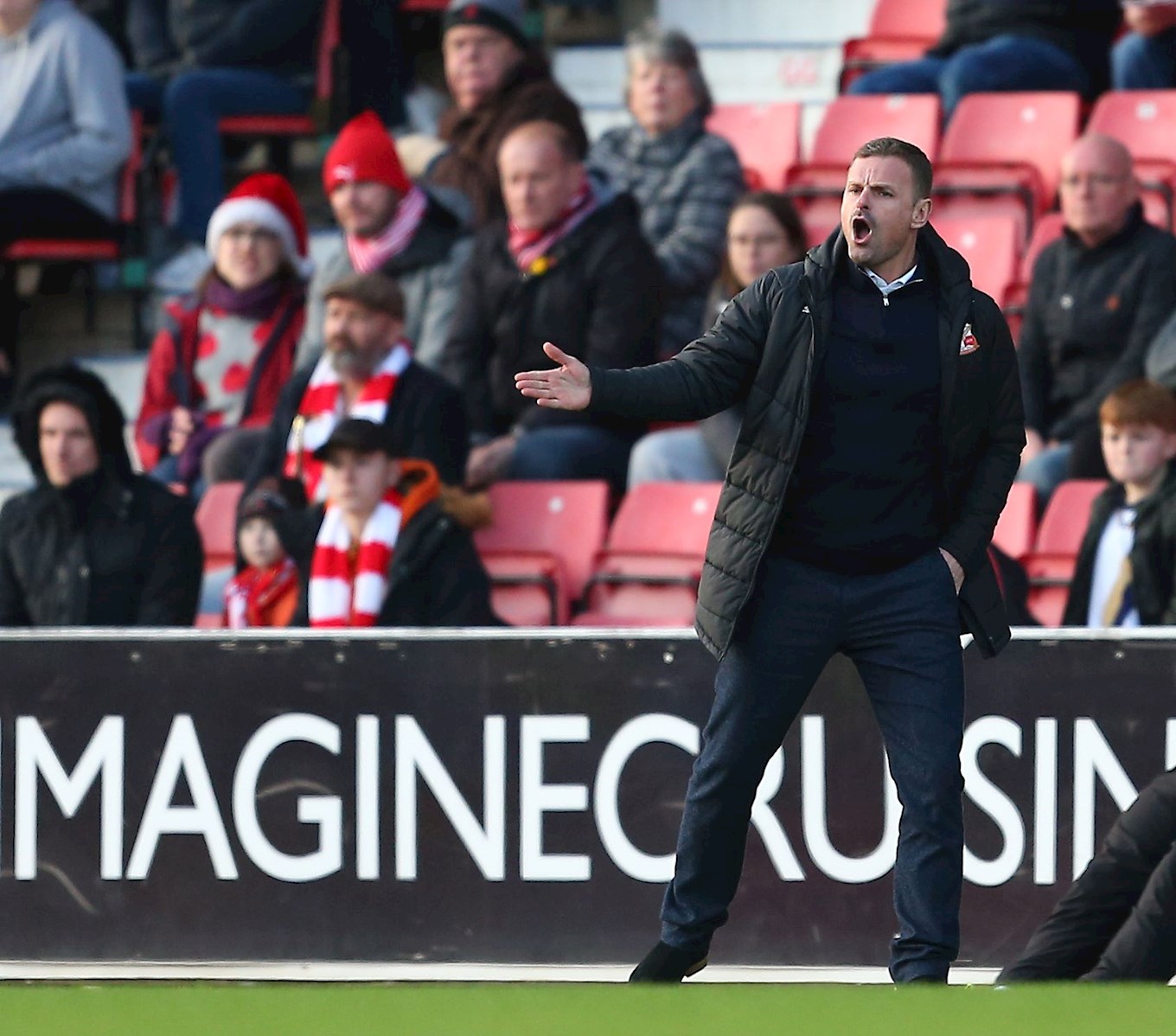 “It’s a club that have given the manager a lot of time and he’s implemented his ideas over a period of time. His ideas are coming good.

“They’re a stable club and in a good place at the moment. But I will say this all the time, if we’re on our game then we’re a match for anyone in this league."

Wellens also confirmed that Sid Nelson and Olly Lancashire will be unavailable for the fixture.

The pair met earlier in the season at Sincil Bank when the Imps cruised to a comfortable 4-1 victory.

John Akinde opened the scoring from the penalty spot 10 minutes in before Bostwick added a second for City 19 minutes later. 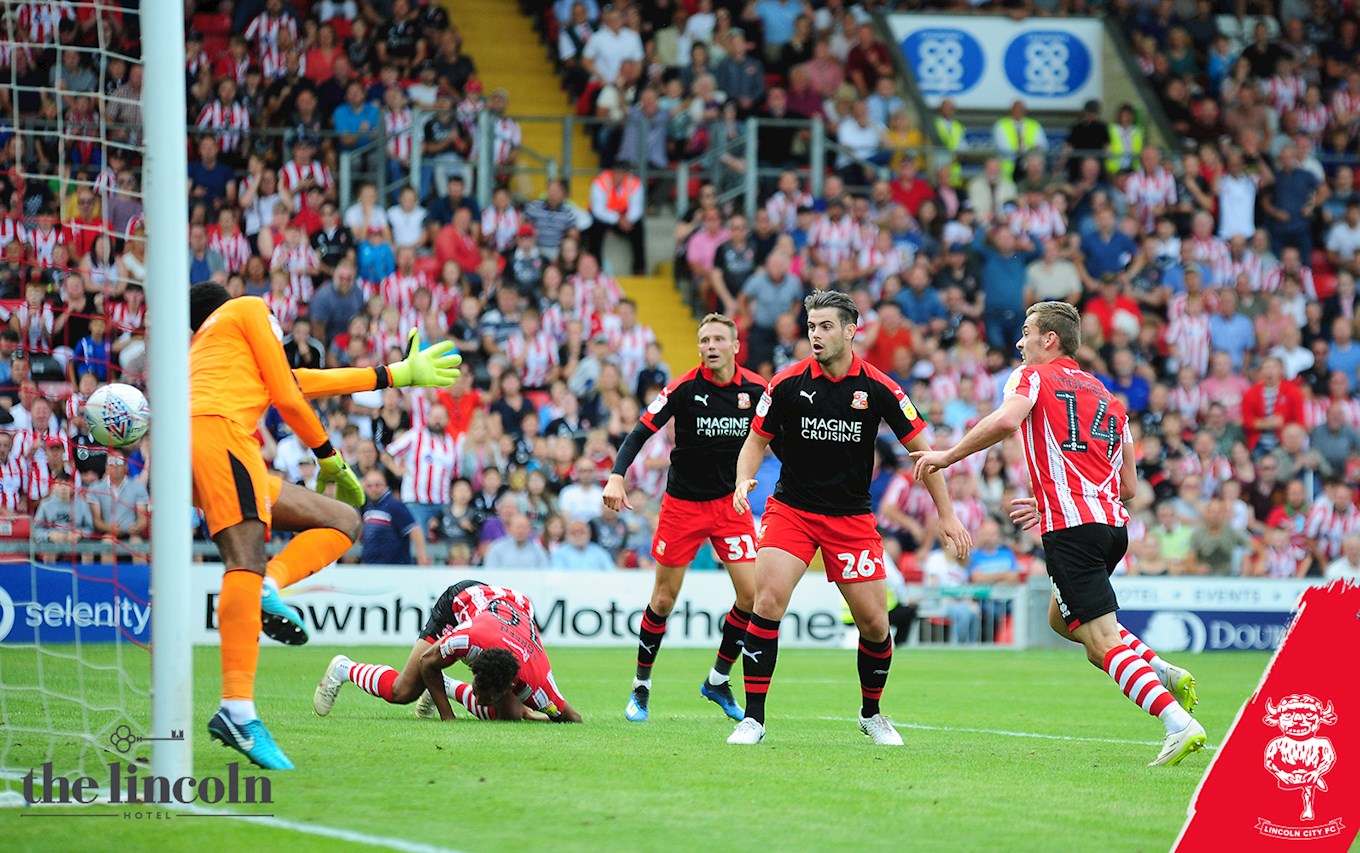 Just before half time the visitors pulled a goal back one minute before half time through Michael Doughty. In the second 45 minutes, Harry Toffolo opened his account for Lincoln City before Matt Green scored the Imps fourth goal, his second of the season.

In 2006, the Imps travelled to County Ground to face Swindon in front of 7,685 fans. Jamie Forrester was the only goal scorer on the day finding the back of the net after 63 minutes.

One to Watch – Michael Doughty

The son of the late Nottingham Forest owner Nigel Doughty, Michael has played for a number of clubs during his career.

The 26-year-old started his football career with Chelsea where he spent five years in the academy before joining Queens Park Rangers, turning professional in 2010.

Doughty made his QPR debut in the FA Cup against Blackburn Rovers in 2011 coming on as a sub for Rob Hulse. 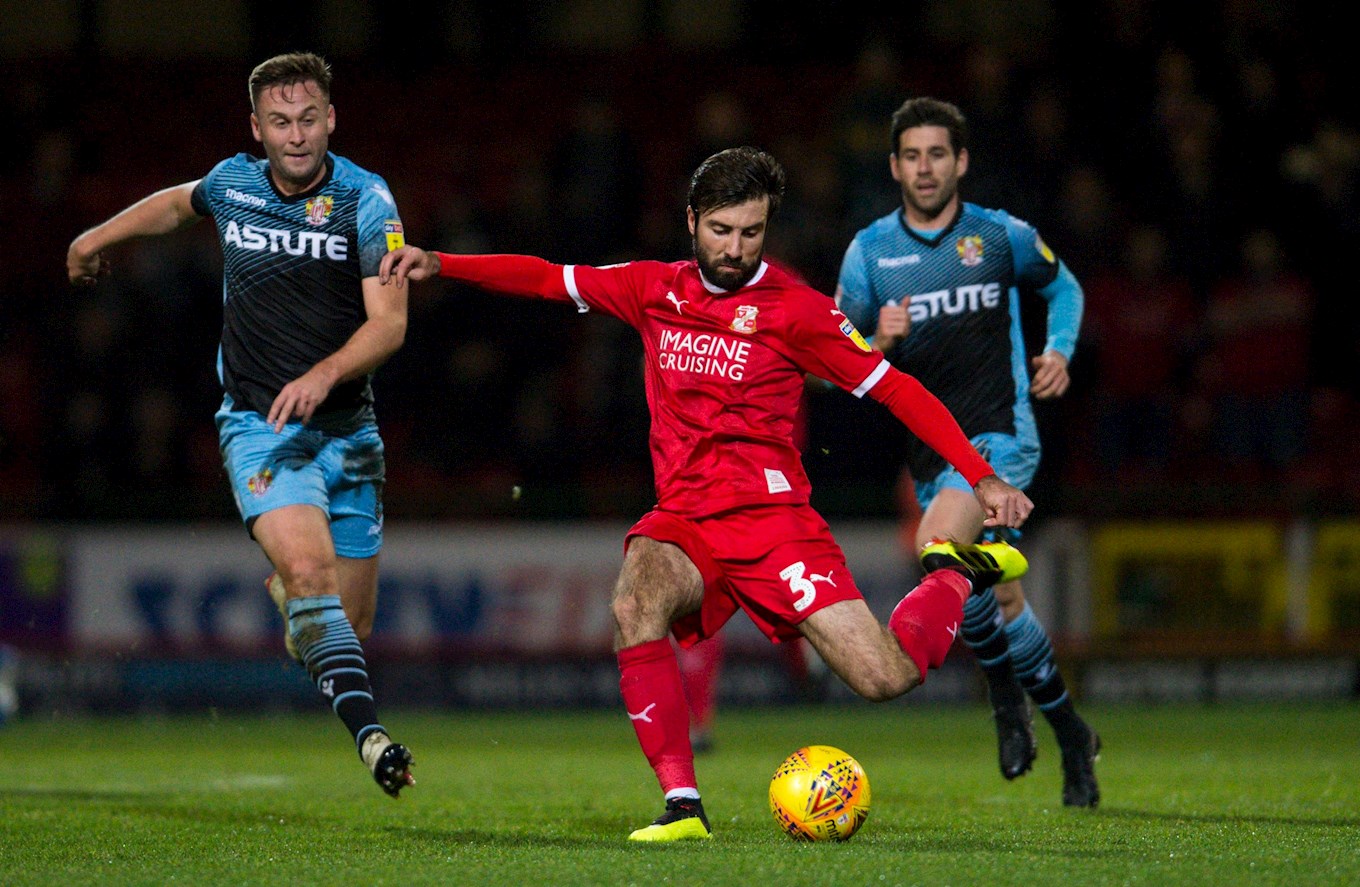 Imps star Bruno Andrade also featured in the game replacing Jamie Mackie in the 31st minute. The pair also played together at Stevenage during the 2013/14 season during loan spells.

During Doughty’s time at Loftus Road he experienced a number of loan spells at local clubs such as Woking, Crawley Town and Aldershot Town. The midfielder also spent time in Scotland with St Johnstone.

In 2016, the former Wales U21 star joined Swindon Town on loan, his loan was extended for the 2016/17 season after an impressive performance during the 2015/16 campaign. 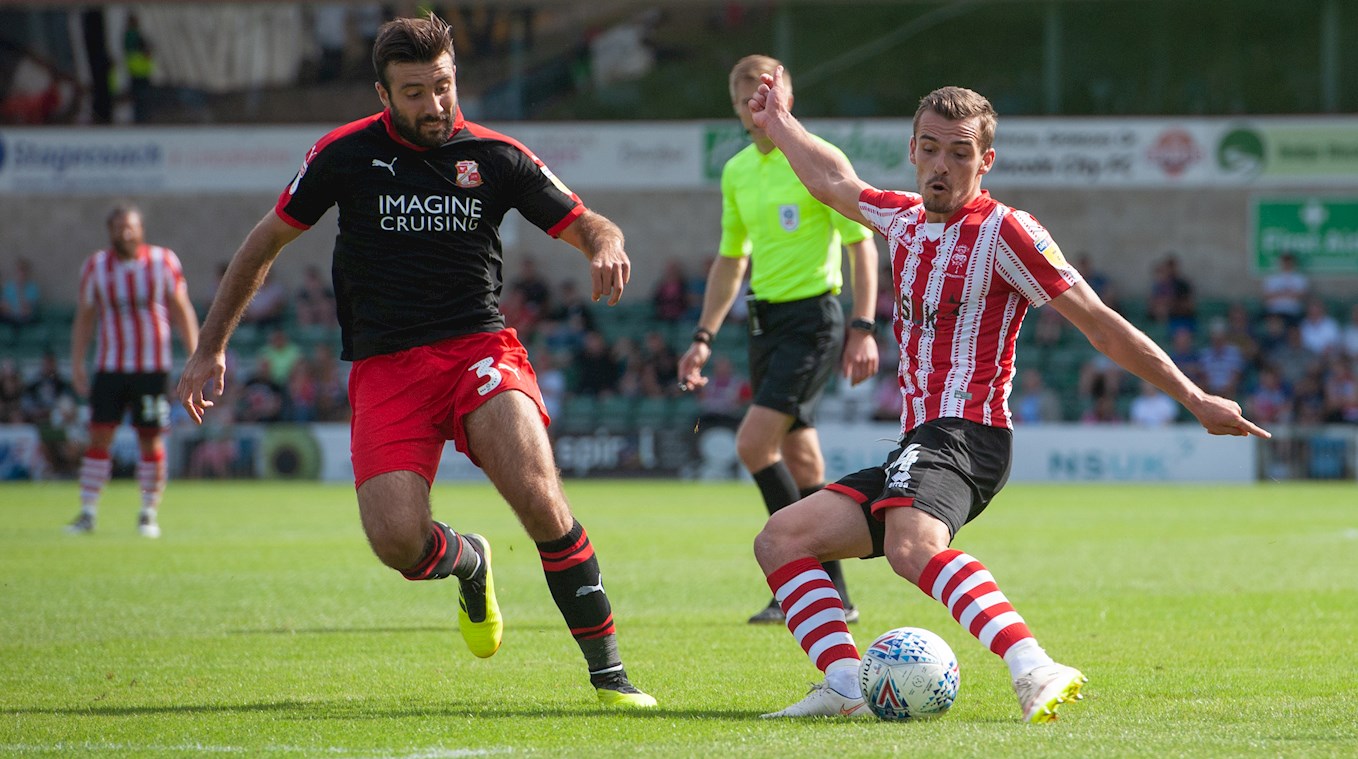 Peterborough United signed the midfielder during the 2017/18 season. After just 34 league games and scoring one league goal, Doughty left the club to return to Swindon Town on a permanent two-year-deal.

Doughty has scored seven times this season in all competitions from a total of 21 fixtures. The 26-year-old has also picked up four assists, all coming in the SkyBet League Two.