"Believe" is the key message from Imps boss Danny Cowley ahead of Saturday's trip to Everton in the Third Round of the Emirates FA Cup.

The City boss spoke to the media at Lincoln’s Soper of Lincoln Elite Performance Centre on Thursday afternoon, praising his opponents: “They say lightening doesn’t strike twice but that isn’t true with Lincoln.

“We know how to win these games because we have done it before. We will break the game down into sections, six periods.

“You have to believe you can win and we have spoken about it before. It could be one in a hundred or one in a thousand but you have to go there thinking it will be that one time. You never know with football.” 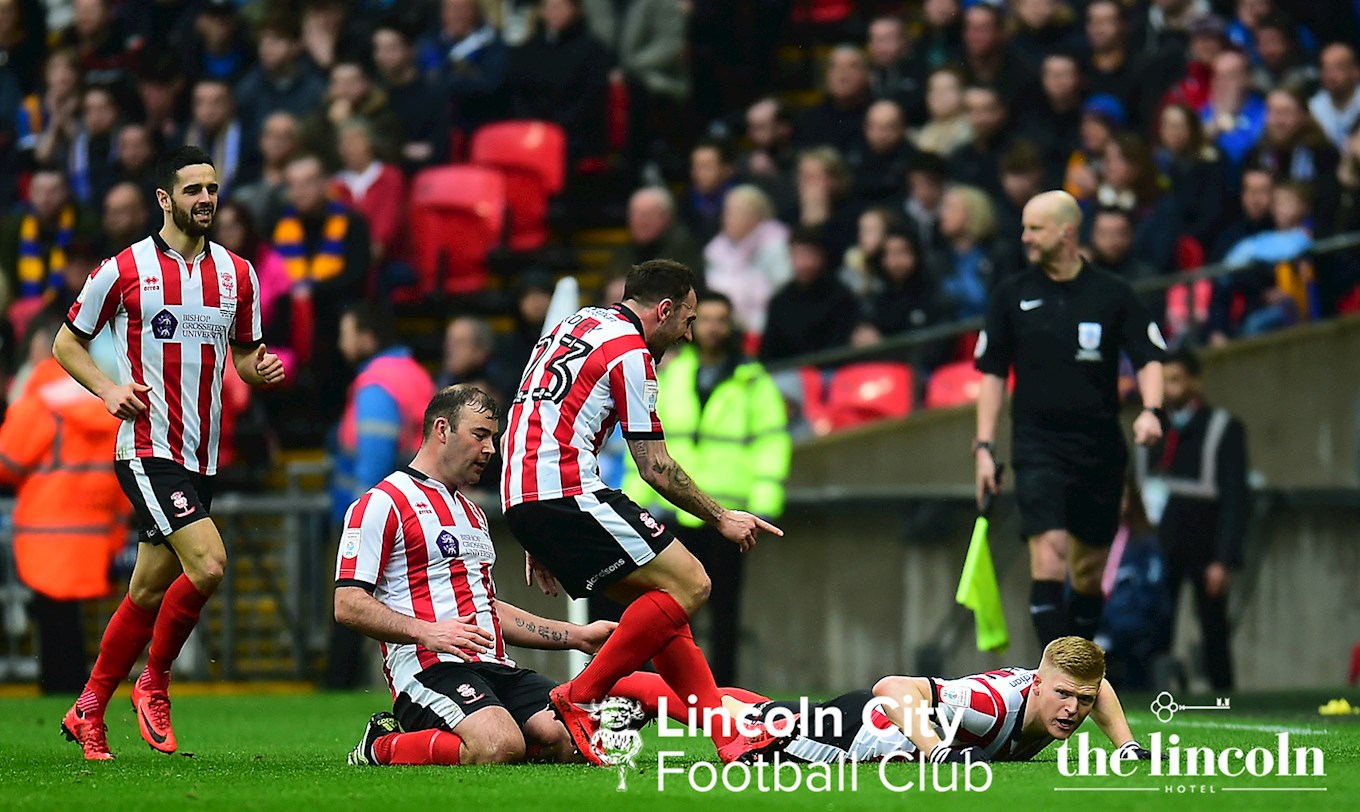 The Imps boss who guided Lincoln to Checkatrade Trophy success last season went on to discuss City’s preparation as they travel to Goodison Park this weekend: “We turned our focus to the game this morning and debriefed the game against Port Vale.

“Ultimately, we have done what we do best which is taking ownership of that performance, especially the areas we want to improve in. We will use that learning to help us move forward.

“There is no perfect time to play a Premier League club when you are a League Two team. I remember playing Arsenal off the back of them losing 5-0 to Bayern Munich, people said the same then.

“They have got world class players at Everton, I have seen them play against Tottenham recently and they should have been 2-0 up in that game before a masterclass from Spurs.

“They reacted well against Burnley by beating them convincingly at Turf Moor and that represents them as a group.” 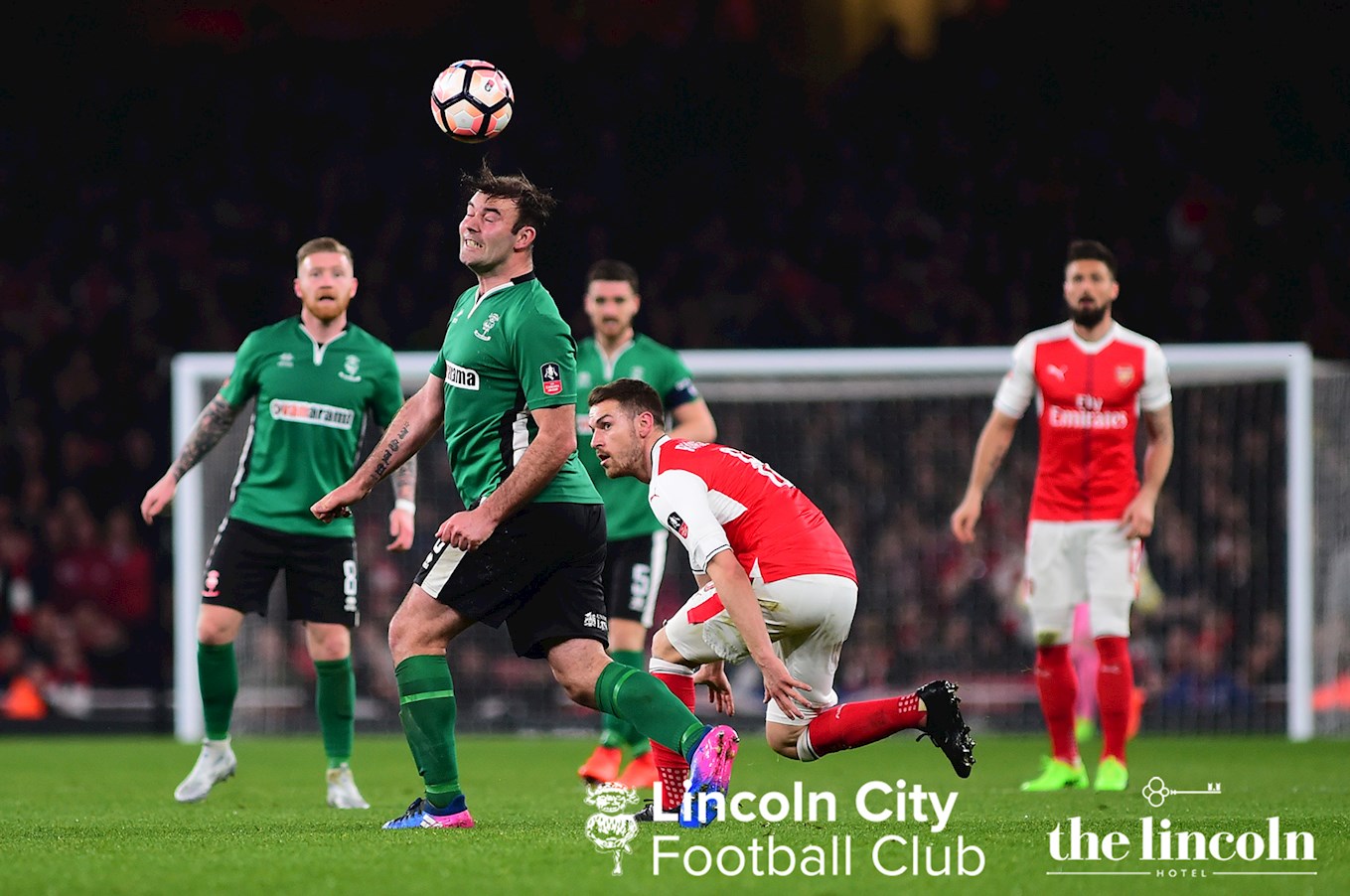 The 40-year-old explained how being underdogs will help his side at Everton and that he will respect them as a football club: “It will be good to be underdogs, I have been an underdog all my life up until we came to Lincoln. It was then people decided we weren’t underdogs anymore and that’s alright.

“We have enjoyed being underdogs and we look forward the game Saturday. We are respectful of Everton and their management.”

Lincoln beat Carlisle 2-0 at Sincil Bank last month to secure their place in the third round of the Emirates FA Cup. Matt Rhead scored after just one minute before John Akinde added a second for City in the 8th minute. 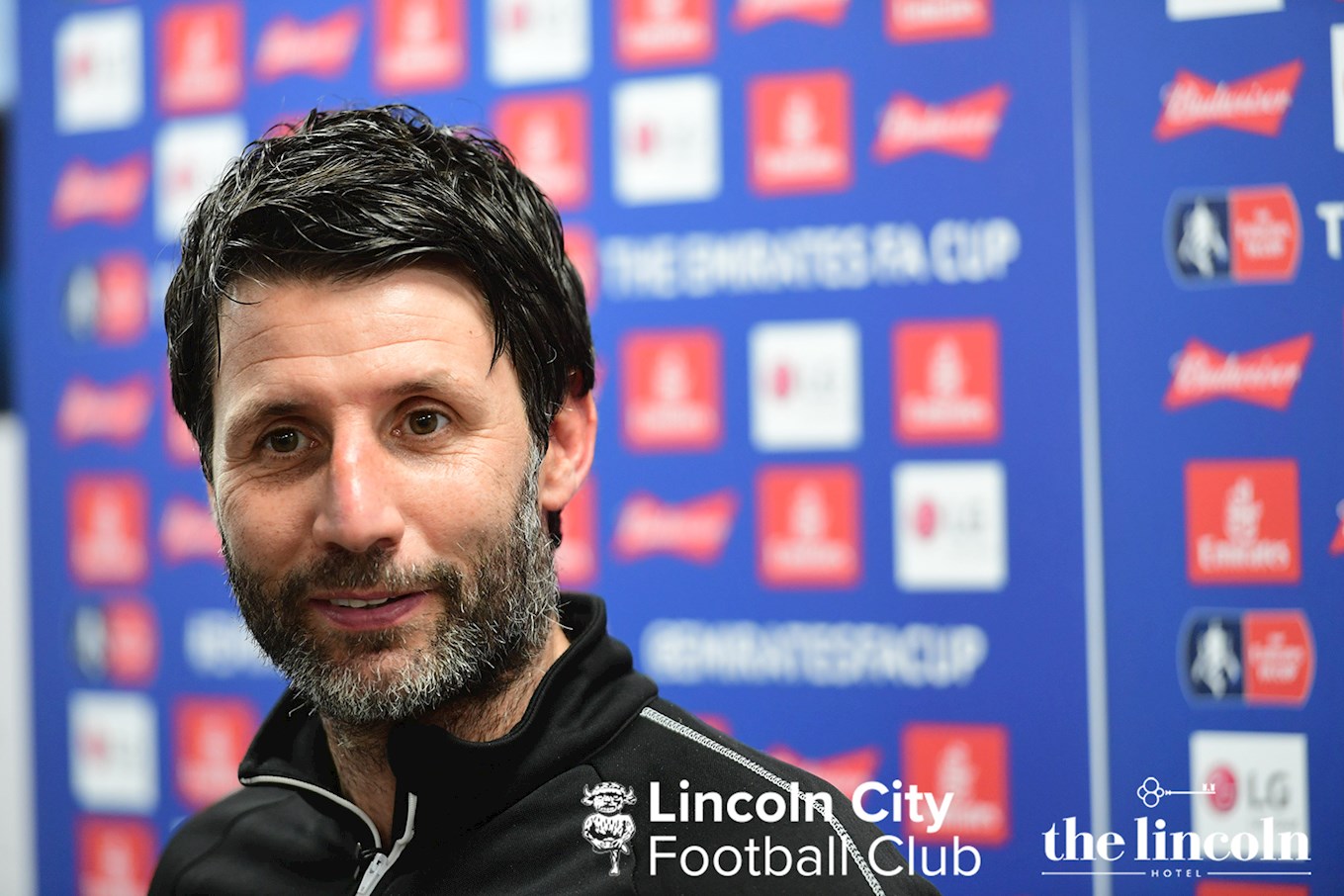 Cowley turned his attention to Everton’s squad depth, explaining how he will not be feeling too sorry for them with the quality they have available: “We have looked at their whole squad including a potential weakened side they could play.

“That still includes Leighton Baines and Phil Jagielka so I am not feeling too sorry for them in terms of quality and depth they have in their squad. They will make the best decision for their group.

“It is a huge challenge physically but I don’t see it being a challenge mentally. I often speak to the lads about feeling leggy and tired which is a state of mind.

“If you are walking down the street and a lion jumps out of the bush at you then you won’t be feeling leggy then will you? You would run, you’d run really fast. We expect Everton to be the lion and we will run really fast.” 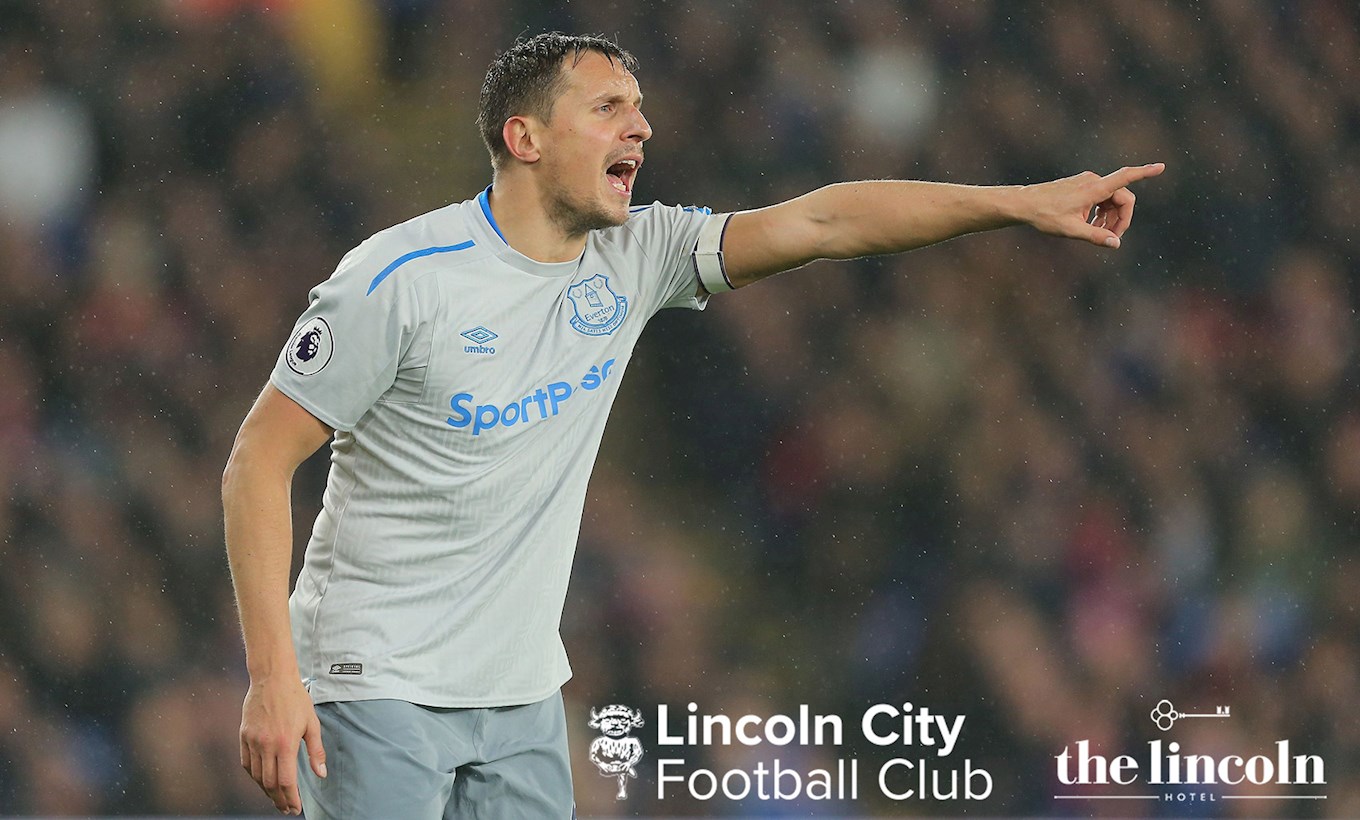 The last time Lincoln played Everton was in the 1993/94 League Cup. The Imps hosted the Toffees in front of a crowd of 9,153.

Everton won the first leg 4-3 before hosting City at Goodison Park in October 1993. Despite the Imps taking the lead, Lincoln went onto lose 4-2 in front of 8,375 fans.

The City boss also spoke about Everton’s teams of the past, expressing his admiration for Howard Kendall: “I would have been finding my love for football when Howard Kendall was the manager at Everton. They would have been winning FA Cups and going really hard against their rivals Liverpool.

“There were the likes of Andy Gray, Graeme Sharp and Peter Reid in midfield. They are a great football club and I have been there as West Ham supporter.” 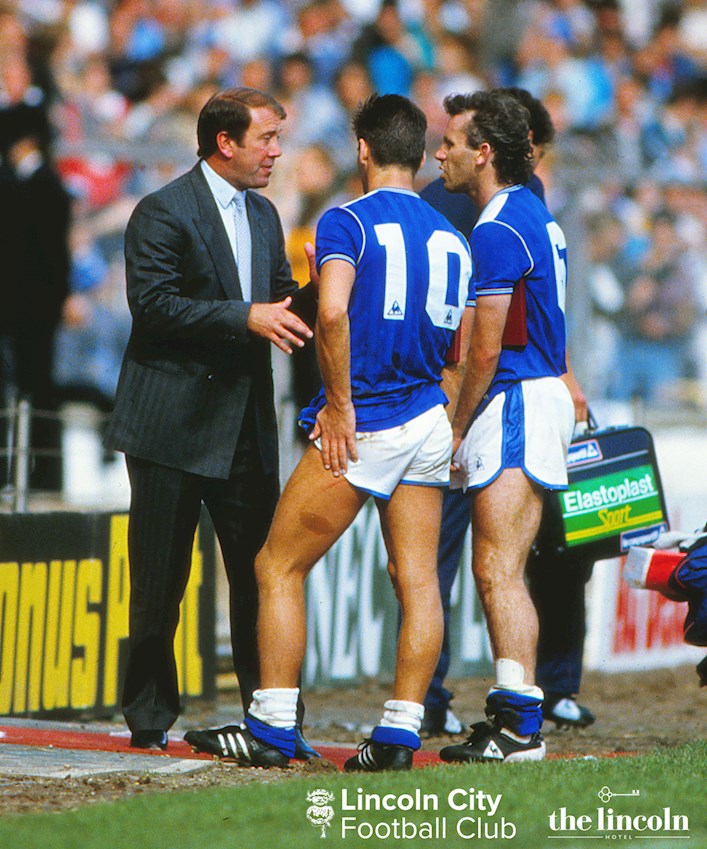 Cowley praised City fans for their continued support, explaining how they will have a challenge themselves this weekend.

“Our brilliant supporters have a challenge in themselves because they will be out numbered, I am sure they will find a way to get their message across,” said Cowley.

“It will be a great day for the football club. We aren’t going there for a day out we are going there to put on a great performance. if it was easy everyone would do it but we understand the challenge in front of us. We will be the best version of us and do ourselves proud for the supporters.”

Cowley explained how his assistant and brother, Nicky had enjoyed their trip to Portman Road during the 2016/17 cup run: “Nicky enjoyed it last time against Ipswich, he went out there to check the number of bibs and said he had never seen anything like it.

“We told the subs to go out as a group because it was like nothing we had ever experienced. When we came out at Portman Road it took our breath away. We had it again at the Emirates and also at Wembley. I’m sure we will experience that again on Saturday.”

Over 5,500 Imps will be heading to Goodison Park on Saturday as the Imps look to make the Fourth Round for the first time since 2017.