Summer signing John Akinde has expressed his desire for success in both the Emirates FA Cup and SkyBet League Two with Lincoln City.

The 29-year-old spoke to press ahead of Lincoln’s trip to Goodison Park this Saturday saying: “We will enjoy it and hopefully win it. I want to win every game I play in so FA Cup and promotion, I want the lot, I want both.”

“I have been focused on the next game we play, it has been the same every week for us. Personally, I didn’t think about the game until Wednesday or today. I am just focused on every game we have had ahead.

“We are in the FA Cup so it is different to a league game, we are going to go out there and perform to the best that we can. It will be the same, the same process which we have done since the start of the season.” 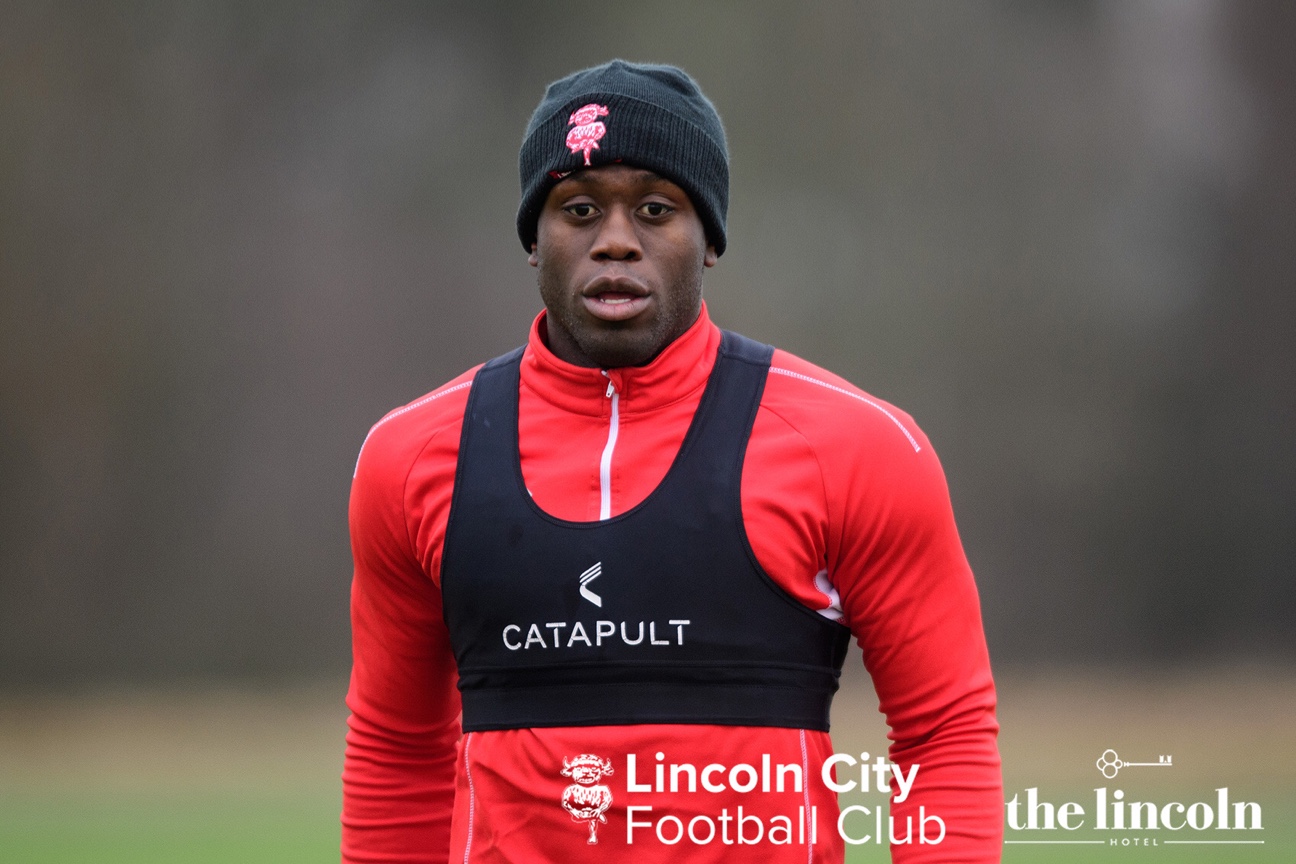 Akinde also spoke about Danny Cowley’s preparation ahead of Saturday’s third round clash saying how the side have looked at every detail possible from their opponents: “With this manager, we know what every team is going to do in every detail.

“It will be good to test ourselves against them. Hopefully they under estimate us but we are going to go out there and enjoy ourselves.

“They try and play their football out from the back, we are expecting them to have a lot of possession so we will have to show discipline. Mentally we are looking forward to it and the fact we will be testing ourselves against a Premier League side.

“Hopefully we can disrupt them but we will work hard to get a chance which we will take.”

The forward who has scored 11 goals in all competitions this season finished by praising Lincoln fans for their support before explaining how the competition has helped the club in recent years: “We have got a very good following and we appreciate that. The fans are going to enjoy it as much as us.

“It has helped the club massively and the gaffer has let us know that as well. We are just going to go and enjoy ourselves but whatever happens, happens. We just want to test ourselves.”

Supporters are reminded that all tickets must be collected by 2pm on Friday for the trip to Everton.