Danny Cowley believes that there isn’t a group more committed to the cause than his Lincoln City side.

Speaking after New Year’s Day's 1-1 draw with Port Vale the Imps boss praised his side for their hard work and commitment as they continue to lead the SkyBet League Two table: “All the boys are desperate to win and you won’t find a group more committed to the cause than ours.

“Sometimes wanting to win isn’t enough, you need to make it happen and as a consequence we didn’t see the game out.

“We are disappointed to have conceded as late as we did, it was a good strike. We didn’t put the pressure on them or try to get control of the ball in their half. We like to play in the opponent’s half and we got forced back, when that happens at 1-0 you are susceptible to conceding.”

Cowley continued by saying his side will learn from today’s result and that City’s recent run of fixtures has been challenging: “It is hard for me to be critical on the players because they have given their all.  When you play four games in nine days it is incredibly challenging both physically and mentally.

“Physically we are really strong so it wasn’t that, we tried to hold onto what we had instead of taking it to them like we have done before. We will learn from it and look back at it over the next couple of days in order to come back stronger in the next game.” 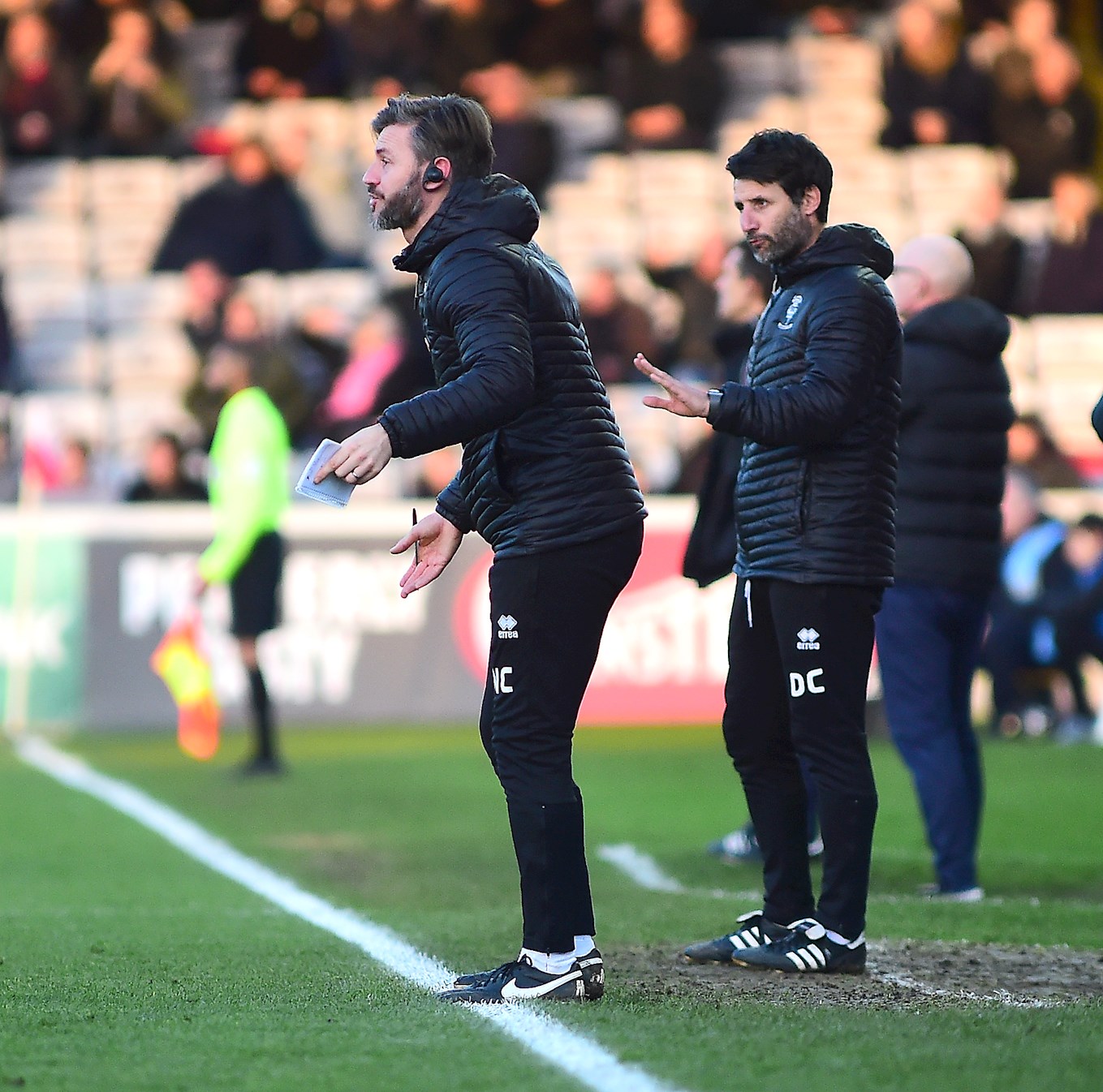 The 40-year-old went on to speak about Neil Aspin’s side praising their work rate in today’s game: “It is a really tough league and credit to Port Vale because they worked really hard and deserved something from the game.

“We knew it would be a tough game and when you have beat a team convincingly twice away from home and when they have had a poor result last time out, they will give a reaction.

“Sometimes it is the luck in football with the fixture list and if you are playing a team at the right time. We can improve on how we have played in the last four games and if we want to stay where we are we need to find more control in our performances.”

Danny finished by looking ahead to January’s fixtures which includes a trip to Goodison Park next weekend in the FA Cup as well as a SkyBet League Two clash against Lincolnshire rivals Grimsby Town: “We are in a period of seven away games in nine which is a really tough challenge for us, December was really hard for us and January will be tougher.

“We have a break from the league now which has come at a great time so we can look forward to the FA Cup game at the weekend.”

The Imps are back in league action on 12th January, tickets are on sale for the fixture now.