Three City youngsters were in action at their loan clubs on Saturday, with Ellis Chapman and his Chesterfield side winning at high-flyers AFC Fylde, the pick of the results.

Chapman made his second start since signing on loan for John Sheridan's side, and picked up another valuable victory and clean sheet in the process.

Starting in a left wing-back role again, the 18-year-old impressed as Chesterfield forced AFC Fylde into just their third home defeat of the season, with the most recent coming back in November.

Marc Antoine-Fortune's finish in the first half was enough to separate the two sides.

Ellis delivered several dangerous deliveries into the area, while also having an attempt cleared off the line to deny the youngster his first senior goal.

39’ Close for the Spireites! Chapman shoots from the left side of the box, but Francis-Angol clears it off the line

The Spireites will be looking to make it three straight victories since Chapman's arrival as they host play-off chasing Harrogate Town, and lock horns against former Imps Jack Muldoon and Callum Howe.

Meanwhile, Jordan Adebayo-Smith made his second appearance for Grantham Town since his arrival last week.

The young forward has made one start for the Imps, which came in the Checkatrade Trophy at Accrington Stanley at the back end of 2018. 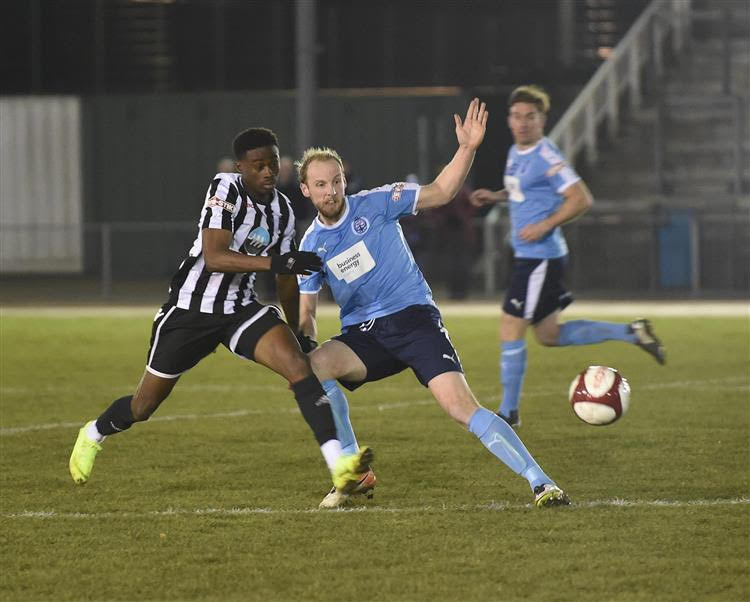 Adebayo-Smith scored a brace in midweek on debut to secure a victory over South Shields, but he and his team mates couldn't match Tuesday night's heroics as they fell to a 2-1 defeat at Whitby Town.

Tim Akinola started, and played 80 minutes, in the centre of the park as Lincoln United faced mid-table Frickley Athletic on Saturday.

Akinola was awarded Man of the Match on his debut for United recently, but were without a game last weekend.

United went a goal down in the first minute, but substitute and former Lincoln City Academy forward Matt Cotton scored a last-gasp equaliser to share the points.