Imps boss Danny Cowley insists his side will remain fully focused as they work towards their objective of "two points per game" at the end of the season.

The Imps are on track for this target, securing 61 points from 31 games, and have only lost one league match since the end October.

A positive result on Saturday would extend City's unbeaten run in the league to nine matches, but Danny Cowley doesn't believe this feat will come easy.

“I think two points a game would give us 92 points which is probably enough to win the league, that is what we are aiming for and we have been doing that all season,” explained the City boss.

“It is not easy, it will be tough but it has been an enjoyable journey so far. It hasn’t been perfect but we will keep trying to get positive results, if it was easy then everyone would be doing it.” 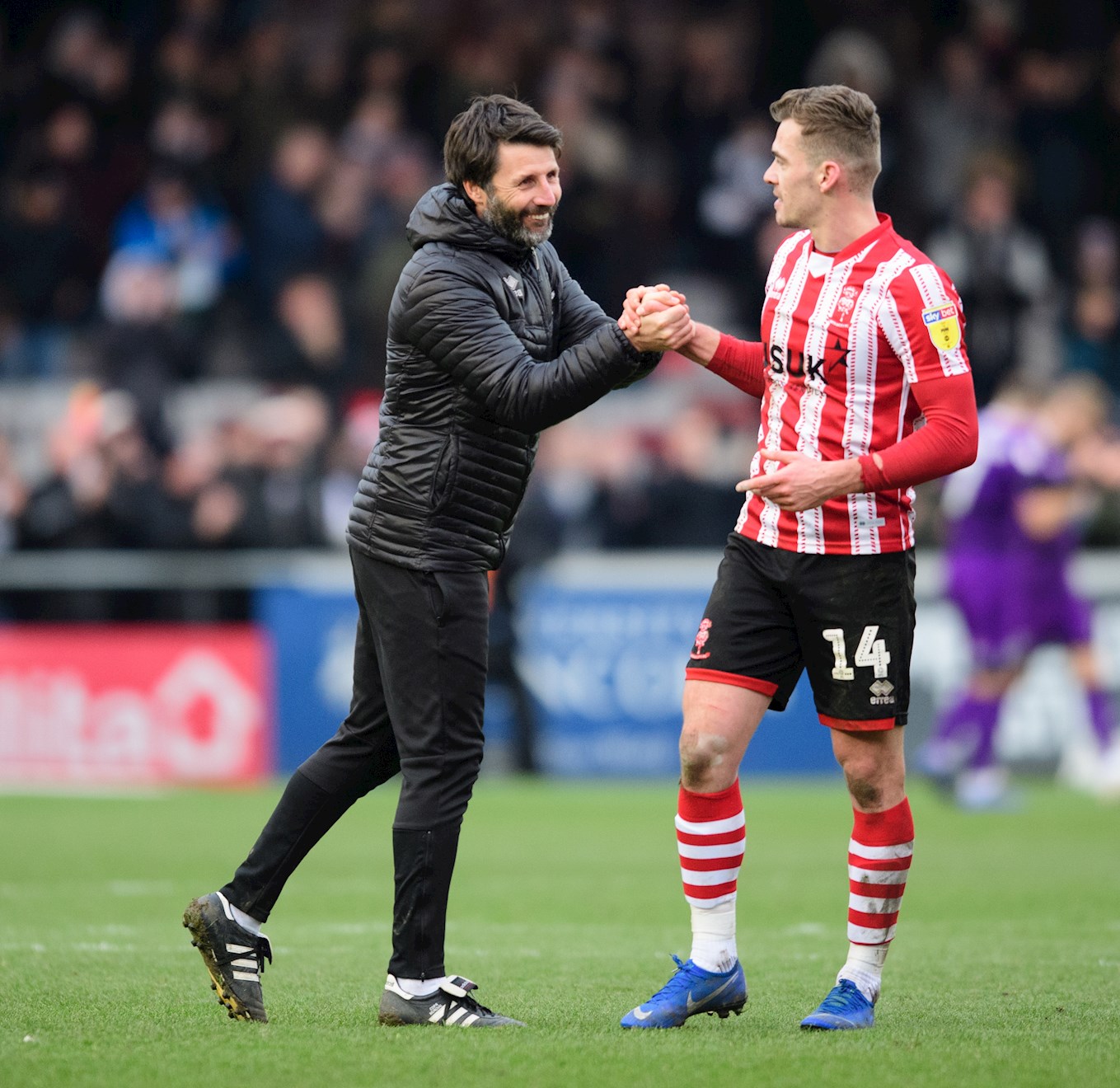 Cowley continued by praising the strong mental attitude his side have shown throughout the season, remaining unbeaten in the league this year: “We want to be consistent, it is about being relentlessly consistent. We have lost one in 15 with a refuse to lose attitude, we want to remain unbeaten for the remainder of the season.

“This is a must win game and we have spoken about that this week. Our defensive record is the second best in the league but we want to keep more clean sheets.”

The Imps boss sent a message to Lincoln fans for their continued support at Sincil Bank.

“We love playing at home, the support was brilliant on Saturday and they stayed with us throughout. The fans drove us on when we had 10 men and needed it, they know how important they are to us,” said Cowley.

Cowley explained how being the front runner is a challenge for the side as teams come and raise their game.

“When you are top of the league and playing at home, you expect teams to come and give it to you. When you are top, teams come and raise their game, we expect that from Stevenage” Danny said.

“Michael O’Connor has said in the team meeting that this is the toughest season of his career because everyone comes focused to bring the challenge.” 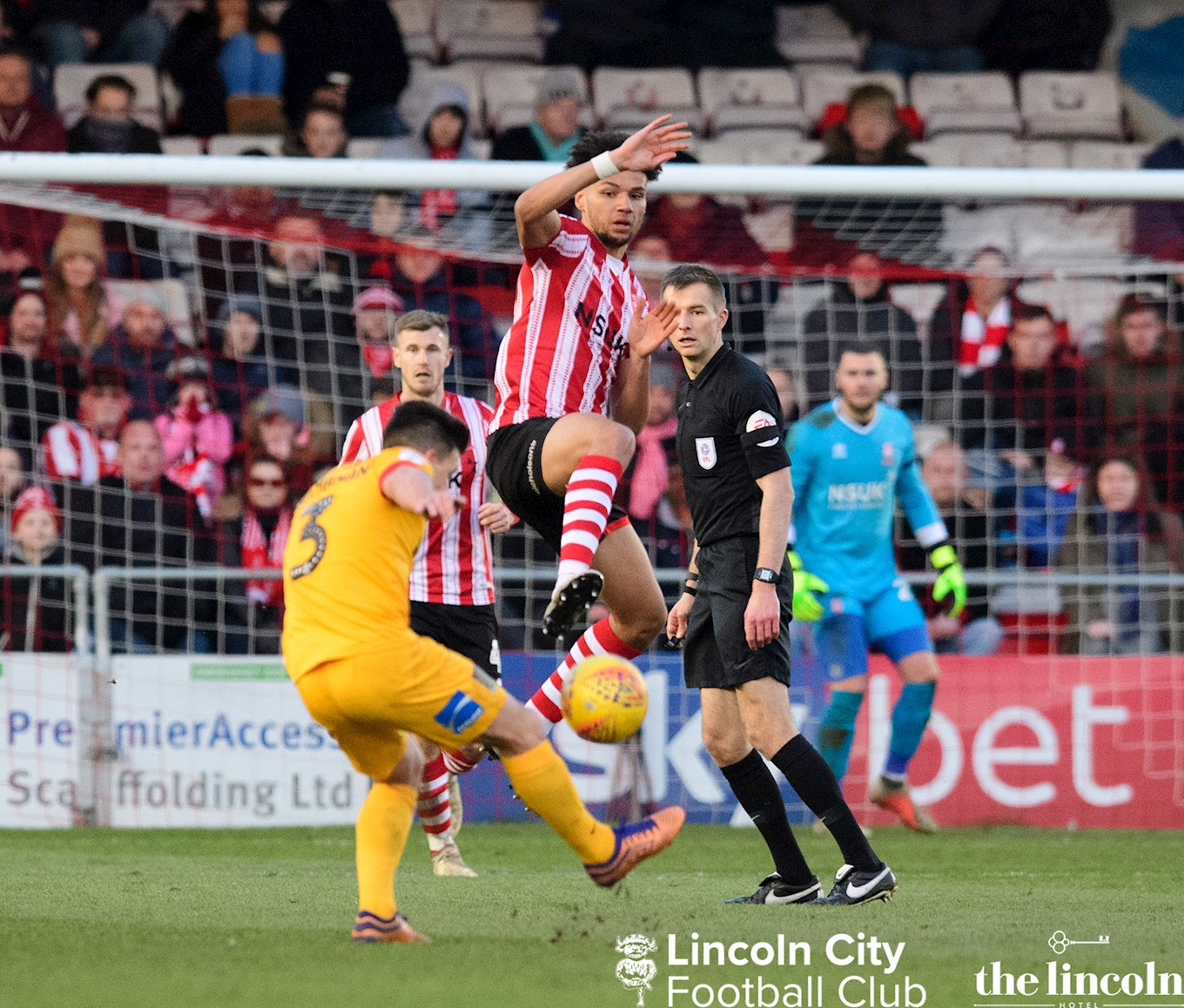 The 40-year-old continued by turning his attentions to Lincoln’s opponents this weekend.

One player in Stevenage’s squad who will stand out to City fans is former shot-stopper Paul Farman.

The former England C goalkeeper left the Imps after a six-year spell with the club following an initial loan move to Sincil Bank.

During his time with Lincoln ‘Farms’ won the National League title and the Checkatrade Trophy.

“I look forward to seeing Paul, he was a great character in the dressing room for us.

“He did a fantastic job and played a huge part in our promotion and the FA Cup run.

“I look forward to seeing him and his lovely family however, come three o’clock it’ll be business,” said Cowley. 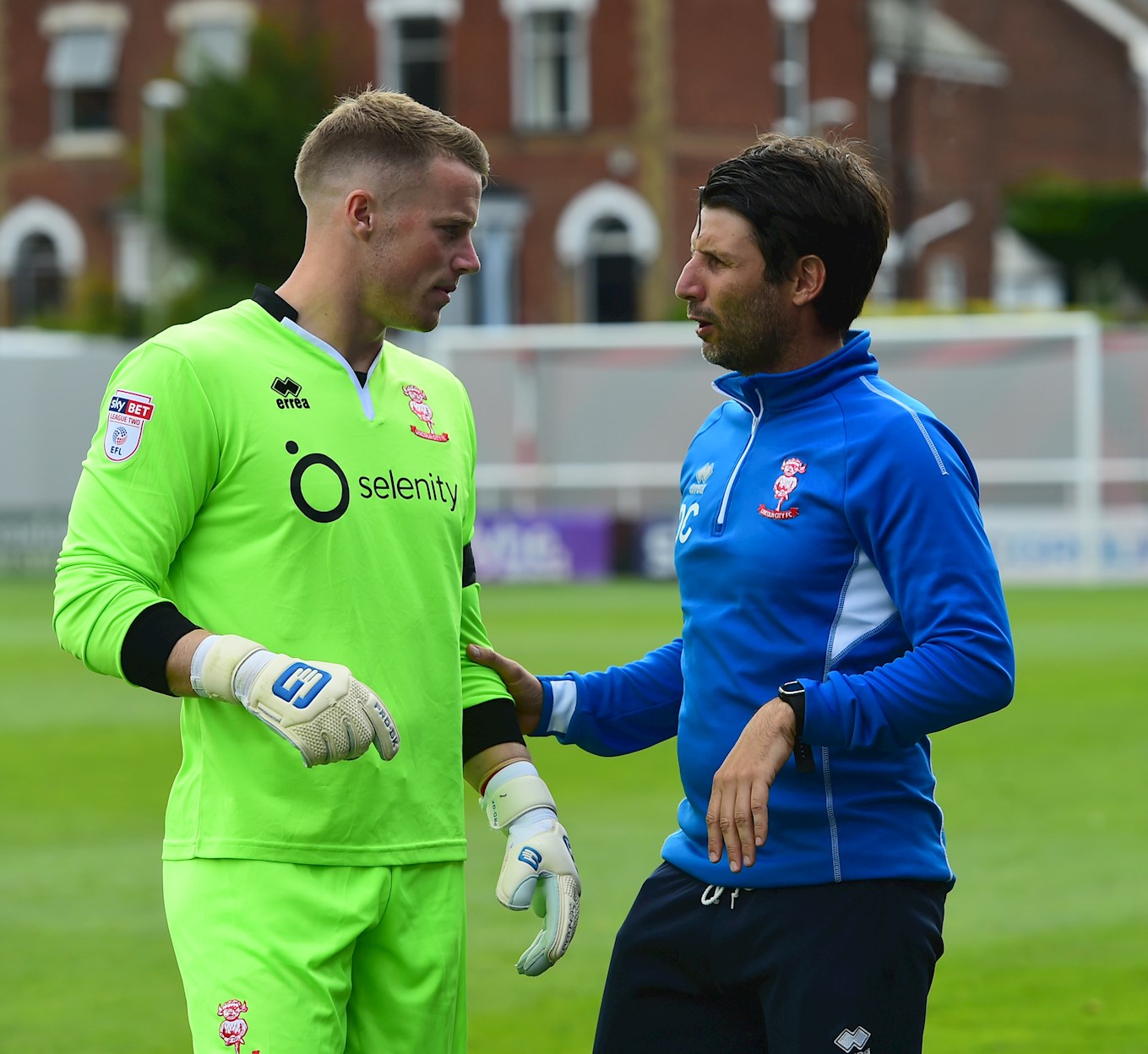 The Imps boss continued by speaking about how his side will try to exploit Boro’s weaknesses: “We try to play with energy and intensity, we will try to do that and if we can then we will be confident to get a result. We have done work on the training pitch week in preparation for that.

“It has been good to have a Saturday to Saturday week so we can train properly for the game.

“We know Stevenage are real threat from crosses, 52% of their goals are from headers so we will be aware of that.

“We are pleased with the recruitment we have done in January, we have options in the attacking areas. It will be about us picking the right selection for the game, we are respectful of Stevenage but we will look for the areas we can exploit.”

Tickets are still on sale for Saturday as we aim to make it our fourth 9,000 plus home crowd of 2019.


We are pleased to announce that our Sky Bet League One fixture against Gillingham FC at MEMS Priestfield Stadium will be live on Sky Sports.