In Thursday's weekly Press Conference, Neal Eardley explained that January's arrivals have settled in well and are providing healthy competition in the Imps camp.

City announced seven signings throughout the opening month of 2019, with numerous departures.

The 30-year-old spoke to the Media on Thursday afternoon about the new signings ahead of City’s clash with Northampton Town this weekend.

“They are all good lads and have fitted in really well, we do that as a group by trying to make the new lads feel as welcome as possible and we have done that.

“They’ve enjoyed every second so far and are really good additions to what we already had at the club.

“We have healthy competition throughout the squad in every position now and that is good because it only drives your standards.”

Eardley spoke highly of the 21-year-old who has so-far provided back up to the former Wales international: “Browny [James Brown] is a good lad and a very good young pro. He has a hell of a lot of potential and is still fairly young.

“I am there to help drive him on and I’m sure he will help us all drive on until the end of the season.”

The Imps are at home this weekend hosting Keith Curle’s Northampton side. This is the Imps first home game since January, 19th, which ended in a 1-0 win against local rivals Grimsby Town, however the Imps have remained unbeaten since.

“We have had to do a fair bit but it is part of the parcel of where we want to get to, we are looking forward to a good run of home games,” explained Eardley.

“We are looking forward to the game we have coming up, we are taking every game as it comes.

“We are not looking any further than Northampton and we will see what happens from there. We have a good group and if we perform well we will be just fine, we will stay committed to the cause and try pick up as many points as possible”

The right-back arrived at Sincil Bank in 2017 following a brief spell with the Cobblers.

Eardley was part of the Imps side who won the Checkatrade Trophy in 2018, he also picked up the Imps Player of the Season award last year.

“I was only there for a short period but I enjoyed my time there. It will be nice to see a couple of old faces, I am looking forward to the game,” said the 30-year-old. 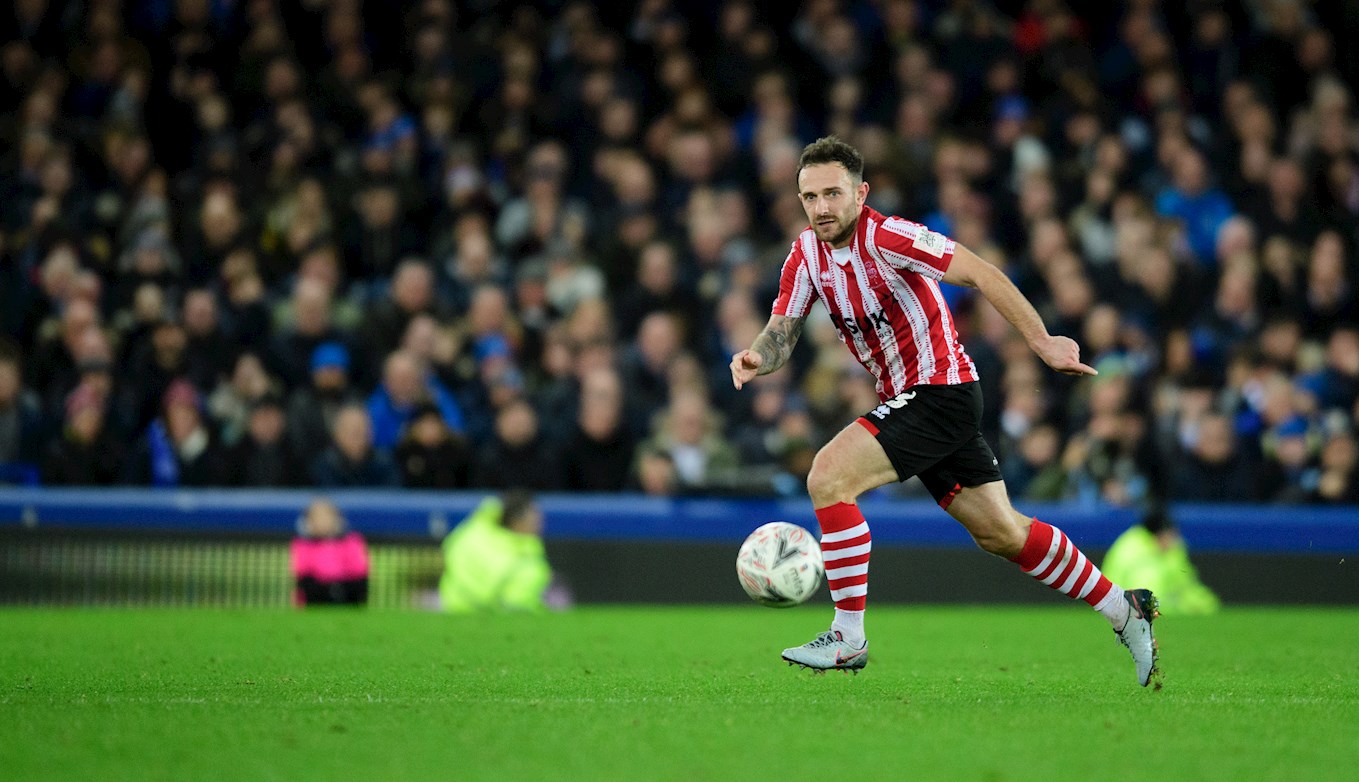 “They had a good result against Tranmere off the back of a home defeat. They must have character to get back from that and it is up to us to impose ourselves in the game as well as we can.”

The 2017/18 season admitted he is enjoying life at the top of the table, but the hard work must continue to build on that lead.

“When you are top of a division everyone raises their game against you and we need to stay committed and do what we do best," he added.

“We are enjoying being at the top of the table, we have to embrace that. I think the majority of the lads will tell you they don’t look at the table but I do.

“The main objective at the start of the season was to be competing at the top end of the table and so far, we have managed to do that.”

Tickets for Saturday's clash has passed the 9,000 mark, with ticket bundles for the following two fixtures on sale HERE.