The Imps will be hoping to maintain their unbeaten league start to 2019 as Danny Cowley's side host Northampton Town on Saturday.

City remain at the top of the table with 60 points to their name and a game in hand over second placed Mansfield Town.

The Imps added a point to their tally at the weekend with a 1-1 draw away to Notts County.

Bruno Andrade made an impressive return to the Imps line up scoring a magnificent strike four minutes into added time in the first half. 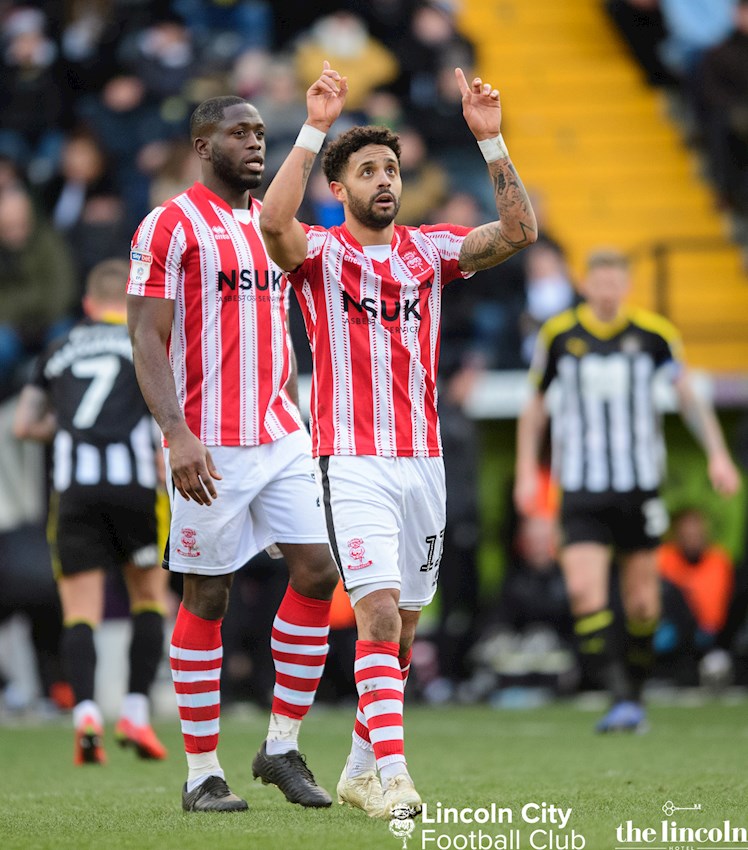 The 25-year-old’s goal cancelled out Jon Stead’s early penalty to give the Imps a point at Meadow Lane.

January signing Lee Angol made his first appearance for the club this season, coming on as a late substitute in place of Danny Rowe.

City host Northampton Town this Saturday for the second time this season after beating the Cobblers 3-2 in the FA Cup First Round.

Northampton Town go into the game off the back of a 2-1 win over Tranmere Rovers on Tuesday evening.

Sam Hoskins’ first half brace was enough to give the Cobblers their first three points in three games. 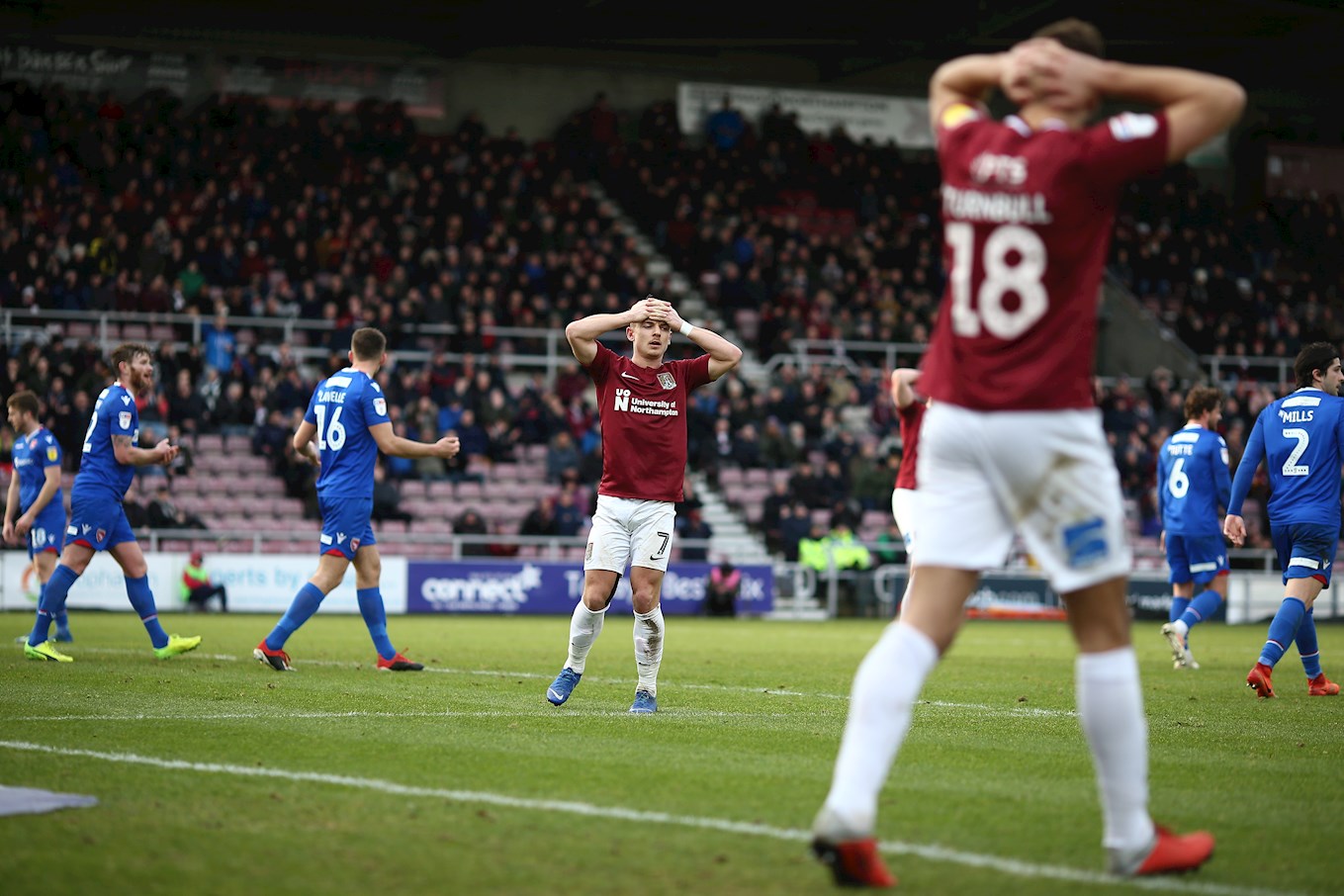 Despite going into half time goalless, Jack Bridge scored a brace in a 14-minute period for the Cobblers before Junior Morias added a third in the 72nd minute.

Going into this weekend’s clash, Keith Curle expressed how important the club’s victory over Tranmere Rovers was: “It was a result that the changing room needed and I think the fans that travelled saw a committed performance and the backing they gave the players throughout the game was excellent.”

Curle went on to praise former Southampton youngster Sam Hoskins who scored twice for Northampton on Tuesday as well as speaking about the atmosphere in the changing room: “Sam Hoskins was a threat; he is a good character with real honest endeavour. He showed good bravery and when he got his opportunities he stuck them both away excellently. 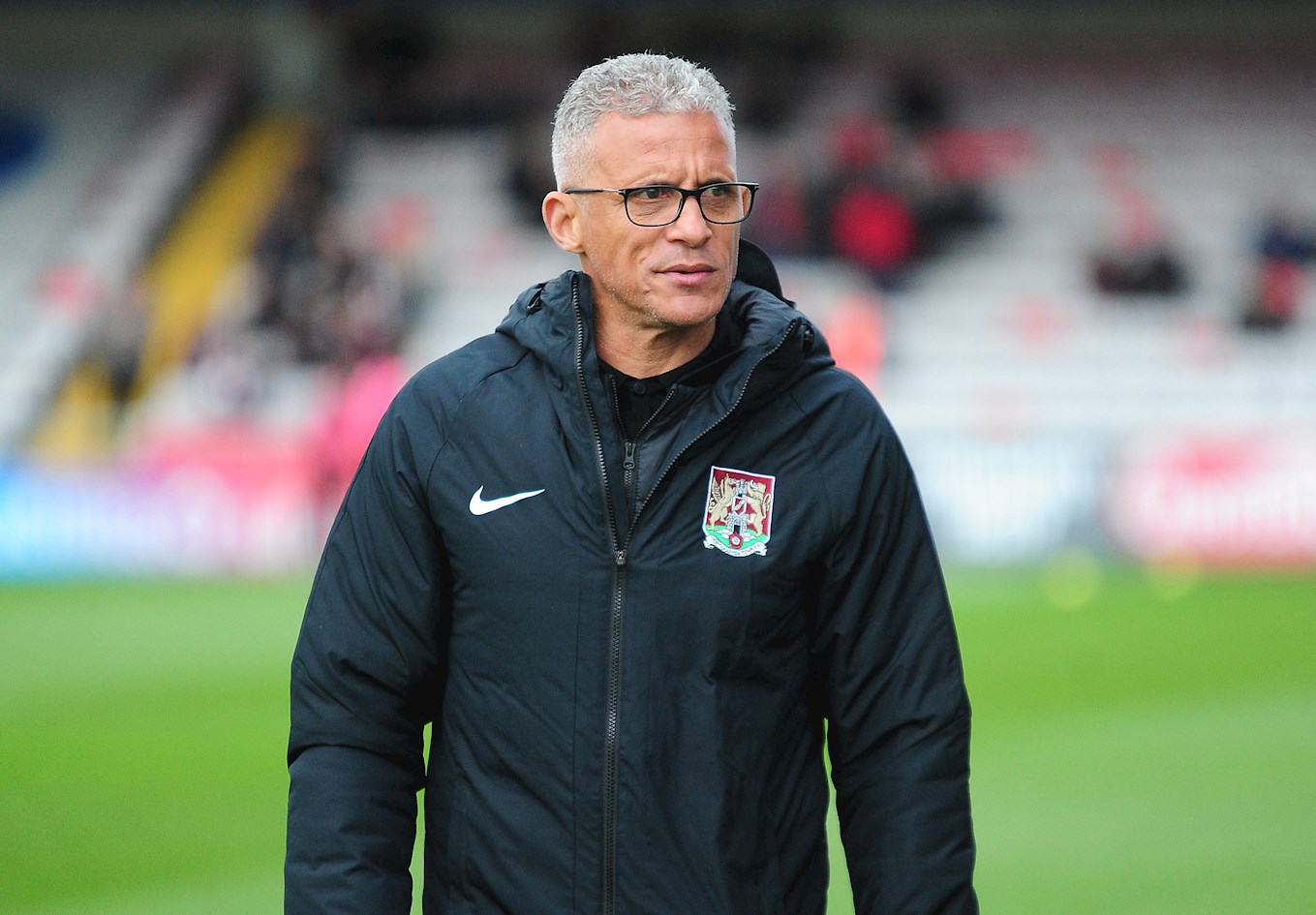 “The changing room felt the defeat on Saturday, we addressed that on Monday and the challenge was set to the players both individually and collectively. The players won’t shy away from the challenges we set them and there is nothing better than another game of football to put it right.

“It was a real changing room effort against Tranmere and it was a fighting performance that the club can be proud of.”

Lincoln City have won the last two meetings with Northampton. The last game saw City win 3-2 at Sincil Bank in the FA Cup First Round.

Bruno Andrade was on form again scoring in the 92nd minute to send the Imps through to the second round. 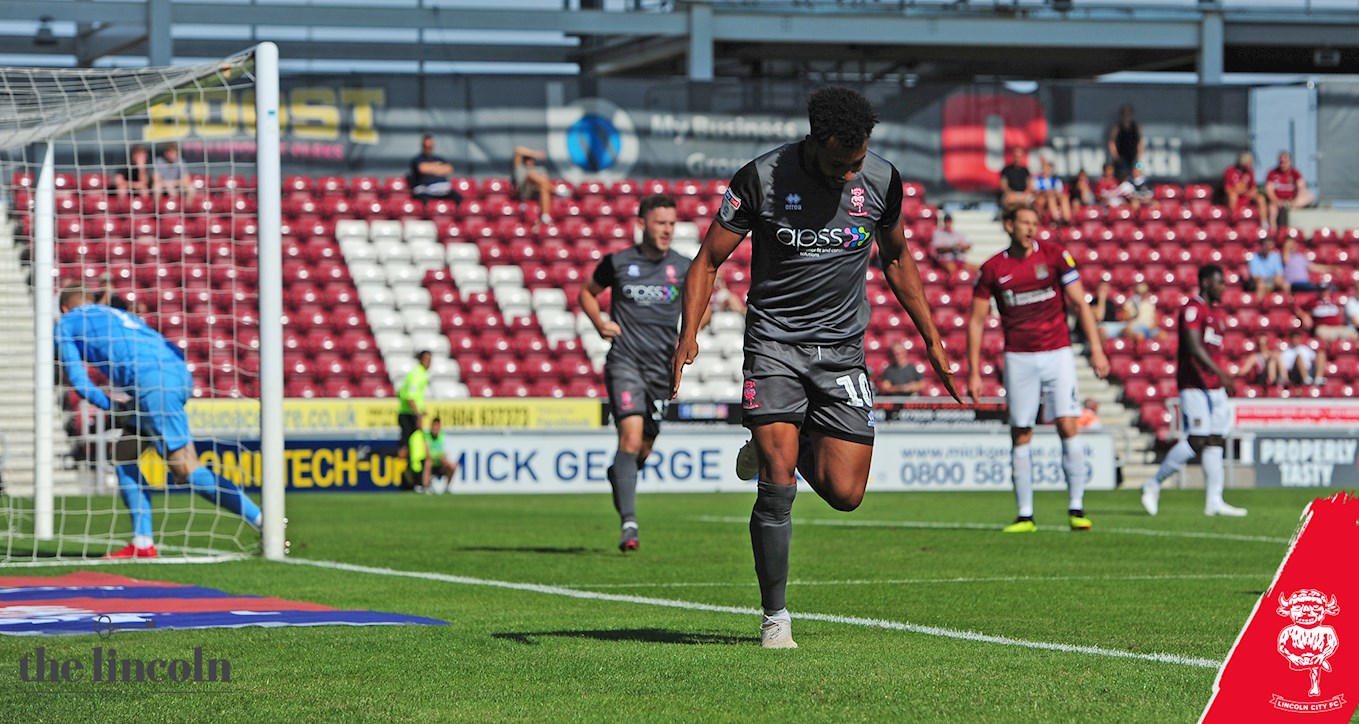 In the league, Lincoln’s Matt Green was the only goal scorer at the PTS Academy Stadium on the opening day. The Imps went on an unbeaten run of six league games.

The two sides were again involved in another high scoring game in February 1977. Also at Sincil Bank, Lincoln picked up three points in a 5-4 victory over the Cobblers.

One to Watch – Andy Williams

32-year-old Andy Williams has had to take the goal scoring lead at Northampton follow the departure of Kevin van Veen to Scunthorpe United in January 2019.

Williams started his career with Hereford, turning professional in 2004. He went on to feature 74 times in the league, scoring 17 league goals during that time.

He signed for Bristol Rovers in 2007, making his debut against Port Vale in August that year.

The forward made an instant impact after replacing Rickie Lambert in the 73rd minute as he found the back of the net just four minutes later to pick up a point for Rovers.

Williams returned to Hereford on two separate occasions in 2008 and 2009, both on loan before leaving the Memorial Stadium permanently for Yeovil Town in 2010. 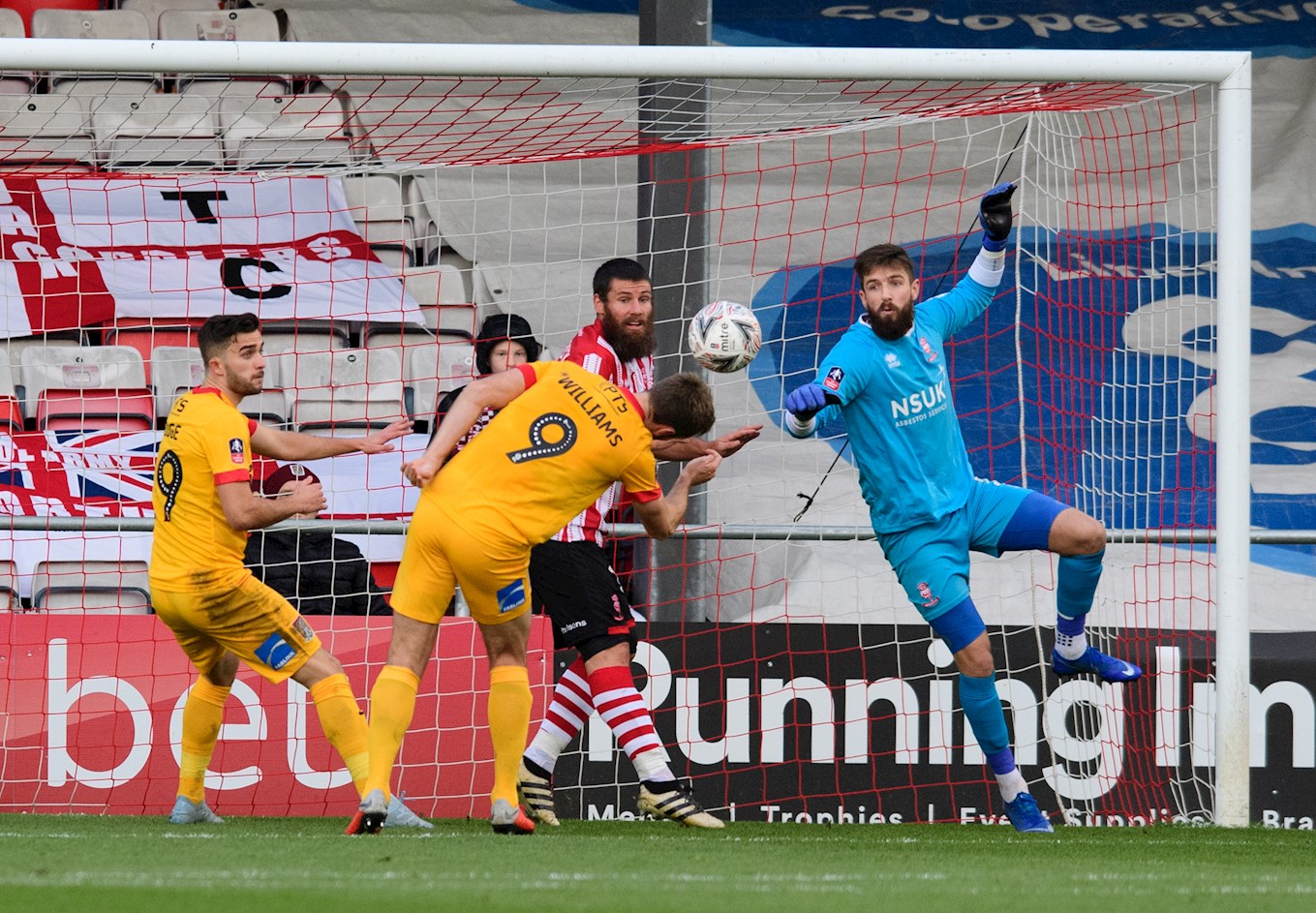 Operating as a winger for Town, the 32-year-old scored eight goals in 39 appearances during his first season with the club. He had an even better second season scoring 16 league goals from 35 appearances.

Williams then joined League one side Swindon in 2012 before returning to Yeovil on loan in 2013/14.

The forward failed to score in nine Championship appearances on his return to Huish Park.

Back with Swindon for the 2013/14 season, Williams continued his fine goal scoring form netting 21 league goals from 46 appearances, earning him a move to Doncaster Rovers.

Williams spent three seasons with Donny before being released in May 2018.

The forward has scored eight goals in 25 league appearances for Northampton Town this season, including one against former side Swindon.


As part of City’s objective to increase transparency, we wish to update fans on matters discussed at our full board meetings.

Your favourite Imps goal can win you prizes


The Imps and have teamed-up with club partner LNER  to offer supporters the opportunity to win a range of hospitality prizes.