John Akinde was delighted with Lincoln’s performance as the Imps picked up three points at home against Tranmere Rovers this afternoon.

The striker scored City’s only goal of the game in the 77th minute, bringing his tally for the season to six.

Speaking to press after the game, Akinde explained how Tranmere were a difficult side to face, especially after they went down to 10 men.

“They came out and played well, it was difficult to break them down,” said the 30-year-old.

“It was difficult when they went down to 10 men because they started to bank up and look to break on us. We had to be patient and believe in what we were doing.

“If I was on their team, I would have been annoyed to whoever got sent off because he was on a yellow anyway and everyone knows you can’t stop play like that, it was silly from him.” 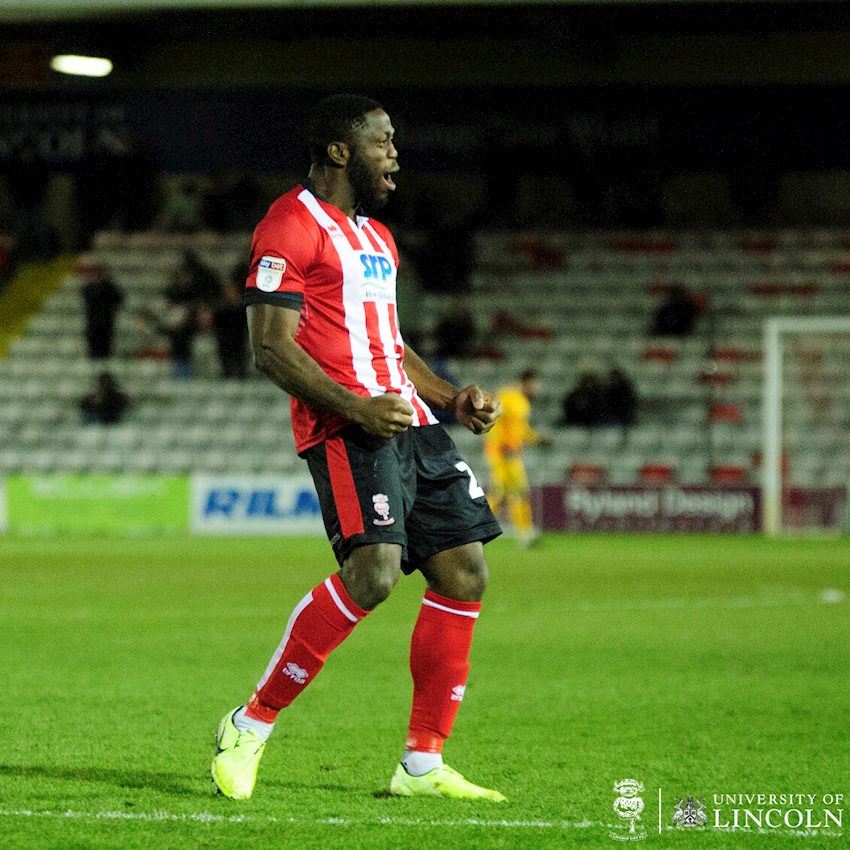 John went on to speak about the side’s confidence after picking up back to back wins.

“The fans have been unbelievable since I have been here, both home and away. I’ll take every goal no matter how it comes, just as long as I’m on the score sheet and we get three points.

“We have worked a lot in training on a couple of things and we haven’t had a game for a few weeks, so it gave us a great opportunity to work hard and that’s now showing.

“We have more confidence in what we are doing, and it is good. We play however we are told to and we get on with it, we are doing well because of that, the boys are all doing well and we are looking forward to pushing on.”


Imps forward Morgan Rogers has been shortlisted for Sky Bet's EFL League One Goal of the Month award.


Last summer, we opened the LNER Stadium gates to provide a public space for anyone to come and ‘Take A Break’. And due to popular demand, we are pleased to announce that ‘Take A Break’ is returning...

The Minutes From Our Latest Supporters Board Meeting


The latest Supporters Board meeting was held on the 10th March 2021 via Zoom and the minutes can be found below.