Bruno Andrade believes he and his Imps team mates can be proud of their performance on Wednesday night as the Imps fought hard against Premier League opposition Everton in the Carabao Cup.

The Portuguese winger scored City’s second goal in what ended as a 4-2 defeat, but despite being on the losing side, Andrade believes the Imps put in an impressive performance in front of the Sky Sports cameras.

“We pushed Everton today and made them work hard which is a compliment to us,” said the 25-year-old.

“They brought on players like Theo Walcott and Dominic Calvert-Lewin and I think they can definitely challenge for a top seven finish, we can definitely hold our heads high after tonight.

“I thought we did really well for the first 15 to 20 minutes by getting an early goal. We wanted to do that by giving them a welcome to Sincil Bank at the start of the game. Our first goal was a great finish from Harry (Anderson).” 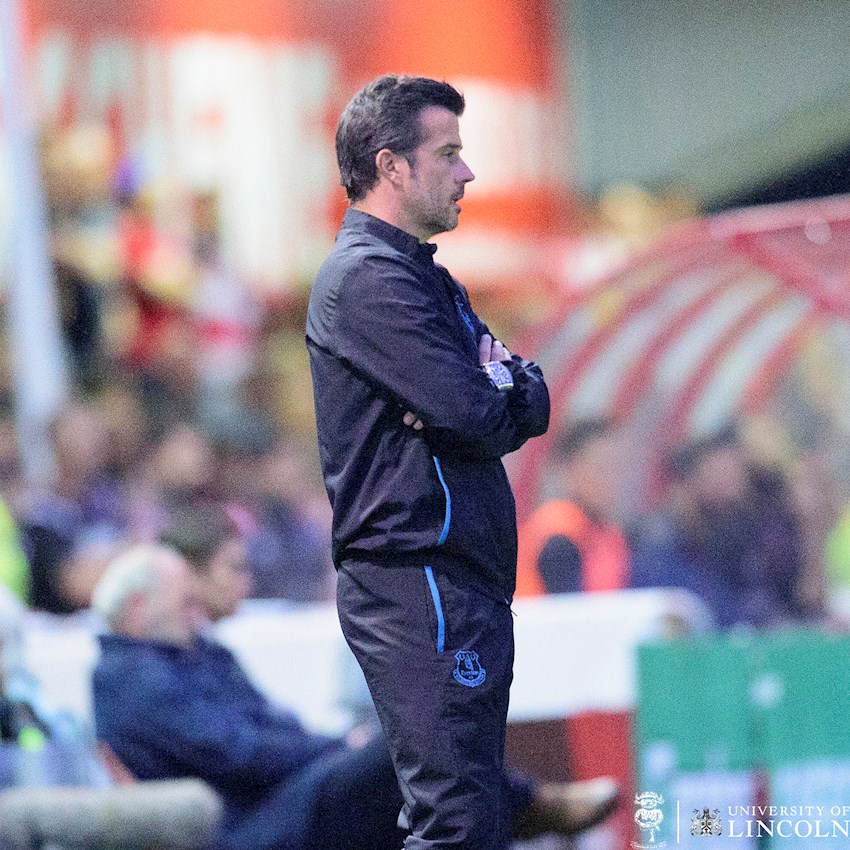 Andrade continued by discussing his wonder goal explaining how he has been working on his shooting practice with assistant manager Nicky Cowley.

“I thought we did well and stayed in the game, when we went a goal down we kept pushing for an equaliser and it finally came,” said Bruno.

“Thankfully my shot went in and I thought from there we could hang in but they are a great team with real quality, that’s why they are in the Premier League with world class players.

“I did finishing drills in training on Thursday and Friday. I have been doing that with Nicky for the last few weeks and I can only say thank you to him and gaffer for helping me with my finishing and today it paid off.

“I scored one against Stevenage with my left foot from about 30-yards out but under the circumstances with it being our equaliser, I think tonight’s goal it is definitely up there.” 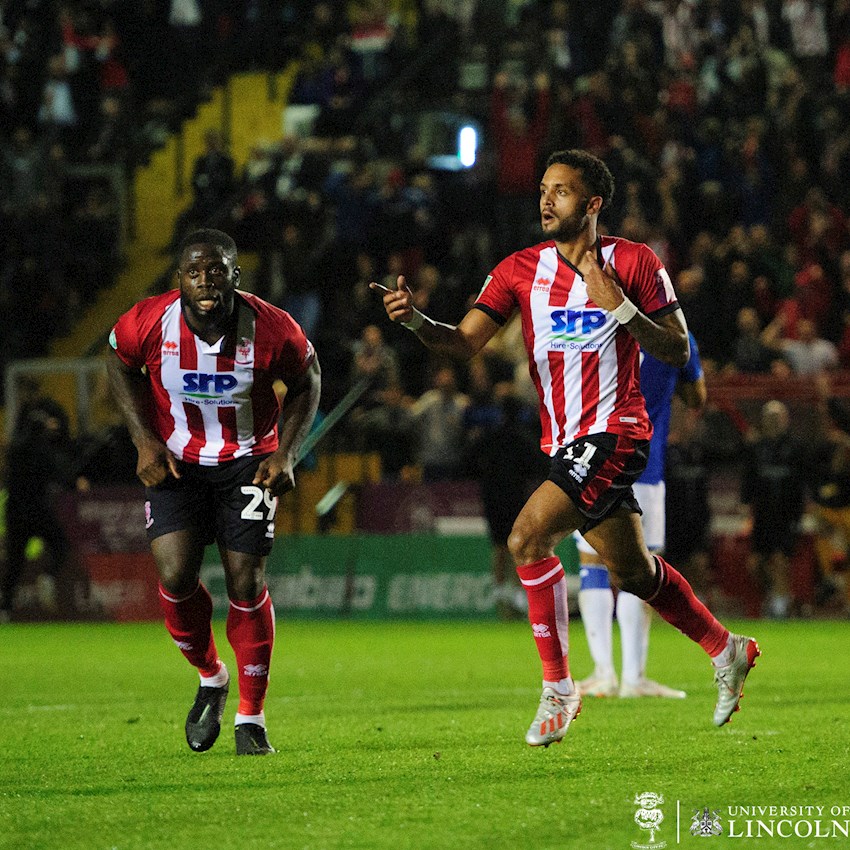 The winger returned to the starting line-up tonight after a number of spells on the City bench. Andrade explained how having tough competition in the squad has only driven him to work harder.

“We have some quality players with Jorge Grant, Joe Morrell and Payney (Jack Payne) and having them in the side has only made me work harder to get back into the team and hopefully I can keep my spot going forward," said the 25-year-old.

“We have good strength and depth in our team and that only pushes everyone for competition, having that also makes us better in training because everyone is fighting for the number one space in their position.”

Bruno finished by thanking the fans for their support before quickly turning his attention to Saturday’s clash against Fleetwod Town at Sincil Bank. 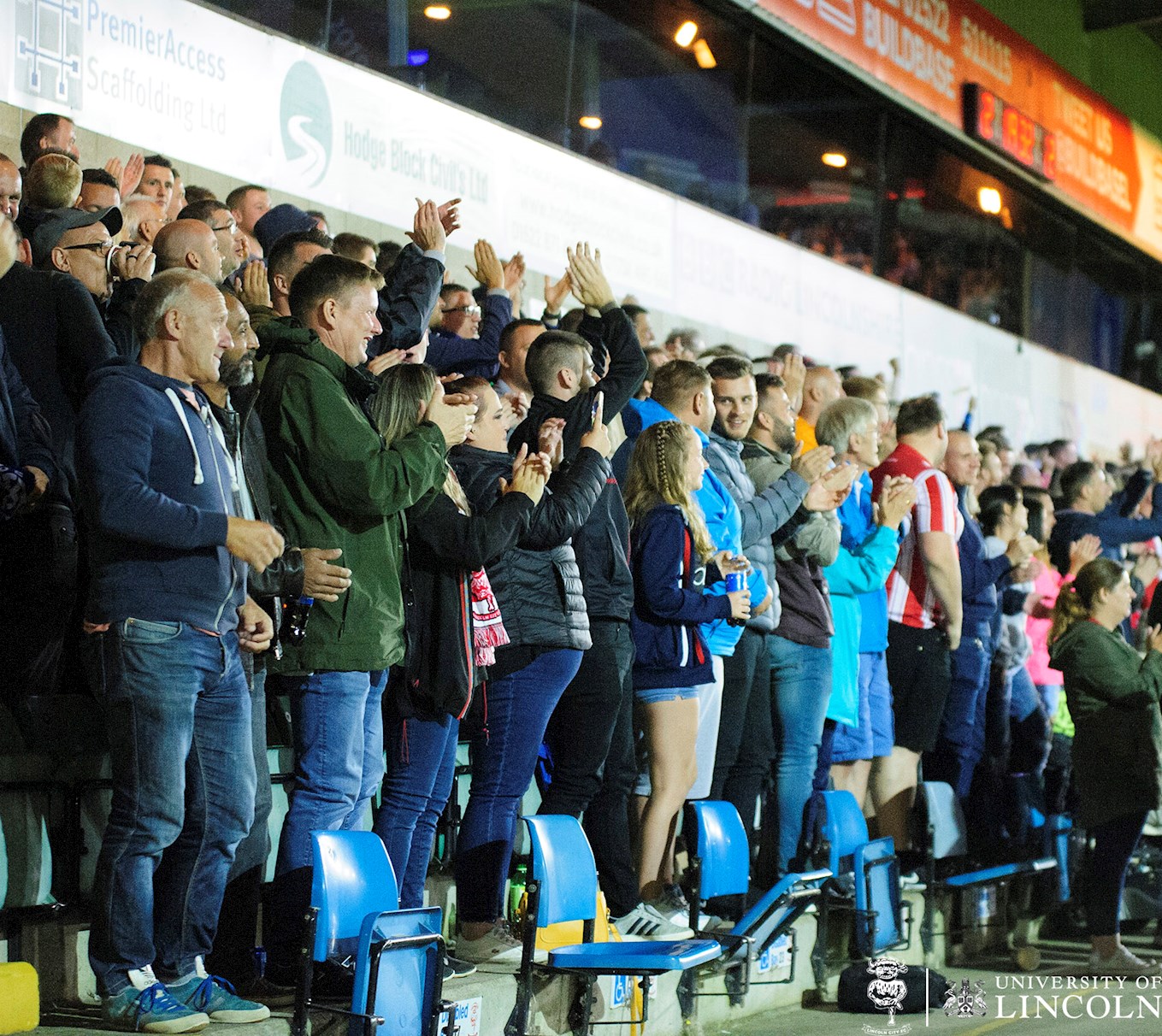 “It is like this every Saturday so their support doesn’t surprise me, I know we have the best fans in League One and they are our 12thman, you could see that today because they helped us in tough times,” explained City’s goal scorer.

“We have a big game on Saturday against Fleetwood. It will be a tough game and we need to raise our game again because we can’t just do that when we face a Premier League team, we need to do it in every game against every team.”

We remain on home soil this weekend as we host Fleetwood Town on Saturday. Click HERE to purchase your tickets.