Lincoln City will be looking to set a new club Football League record of 13 away wins in a season with victory over Newport County on Saturday.

Danny Cowley's side secured the league title on Bank Holiday Monday courtesy of a 0-0 draw with Tranmere Rovers.

Thanks to Mansfield Town losing 3-2 to Oldham Athletic, the Imps went nine points clear of the Stags.

Lincoln also went eight points in front of second place Bury making it mathematically impossible for anyone to take the top spot with two games remaining.

City face Newport County in their final away game of the season on Saturday, the Exiles can still secure a play-off place sitting just two points away from seventh.

Currently just outside the play-off places, Newport have not lost a game since March when they travelled to Northampton Town.

Joe Powell’s 88thminute goal was all it took for the home side to pick up three points.

Newport have only conceded twice at home in the new year with MK Dons and Bury the only sides to beat Joe Day.

“Lincoln are obviously a very good team,” said the 28-year-old.

“Hopefully they might take their foot off the gas a bit now but, knowing the manager there and how professional they all are, I’m sure they’ll be coming here to put in a good performance, no matter what team they put out.

“It’s going to be a tough game but we think it’s a very winnable game. On our day, we feel we can beat anyone in the league so we’ll be going into it looking to win. 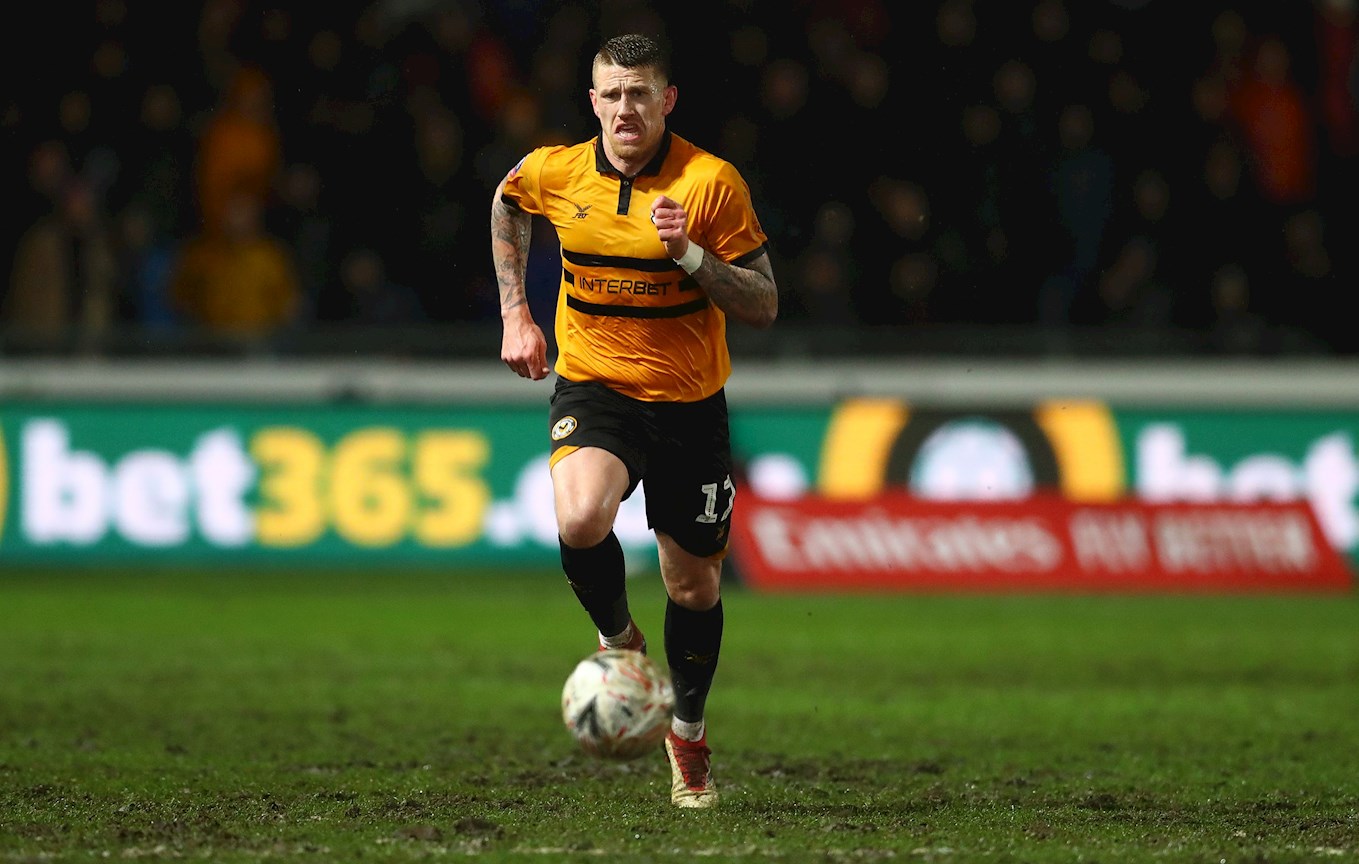 “We’ve been really solid at home and nobody enjoys coming to play here.

“It won’t be any different for Lincoln, they won’t be looking forward to playing against us.

“If we perform, we’re capable of beating anyone. And if we play our game, we’ll win.

“I’m sure Lincoln will bring a few fans down and it’s going to be a bit of a party atmosphere after they won the league,” he added.

“But I’m sure our fans will make a lot of noise for us, like they always do. They’ll be the 12th man for us and we’ll be going out there for three points.”

The Imps claimed the three points the last time the pair met with two early goals from John Akinde and Harry Anderson.

Former Grimsby striker Pádraig Amond’s brace was not enough for Newport as Tom Pett was also on the score sheet for City in front of 8,632 fans at Sincil Bank.

The Imps are unbeaten against Newport following the Imps return to the Football League in 2017. City also scored three past the Welsh side when the pair met in January 2018.

Amond was also on the scoresheet that day however goals from Matt Rhead, Matt Green and Ollie Palmer saw City fans go into February with smiles on their faces.

In 1962, the Imps beat Newport 6-3 in front of 5,211 fans. Braces from Bert Linnecor and Brian Punter helped City cruise to victory with Neville Bannister also scoring for City. The Imps other goal was an own goal.

One to Watch – Pádraig Amond

Newport’s prolific striker, Pádraig Amond will be the man to watch this weekend after scoring 22 goals this season.

The 31-year-old signed for County in 2017 following a spell with Hartlepool United. He scored on his debut for the club when Newport beat Chesterfield 4-1 in August 2017.

Amond scored for the Exiles when they faced Premier League side Tottenham Hotspur in the third round of the FA Cup. He also scored when Newport faced Leicester City in the 2018/19 FA Cup.

A former Ireland U21, Amond received his first call-up to the national team in March 2019.

With a shot on target percentage of 63, the Irish forward has scored 14 league goals picking up seven assists this season.