Imps defender Michael Bostwick has been nominated for the Bristol Street Motors PFA Player of the Month for March - and you can help him win!

'Bozzy' has been an ever-present in the City defence throughout the season, and has played a key role in the unbeaten league run of 2019.

The Imps kept three clean sheets in the month of March, with the Imps now sitting 11 points clear of their nearest competitors at the top of Sky Bet League Two.

Voting is open until 8am on Friday, 12th April. 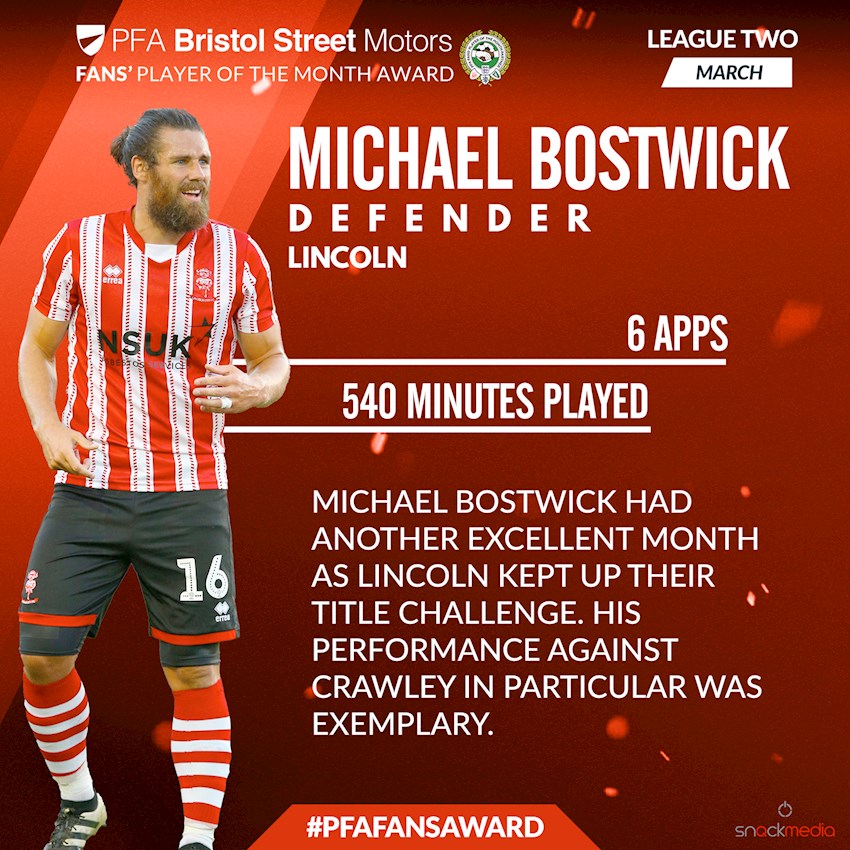