Michael Bostwick has been named as the Bristol Street Motors Fans Player of the Month for August in the #PFAFansAwards.

Following the announcement of Bozzy's nomination for the award on Thursday morning, supporters had 24 hours to vote for their winner.

With 34% of the votes, Bostwick takes the award and will be presented with the trophy by a supporter in the coming weeks.

This is the Imps' second award of the day for the month of August after Danny Cowley received the Sky Bet League Two Manager of the Month award. 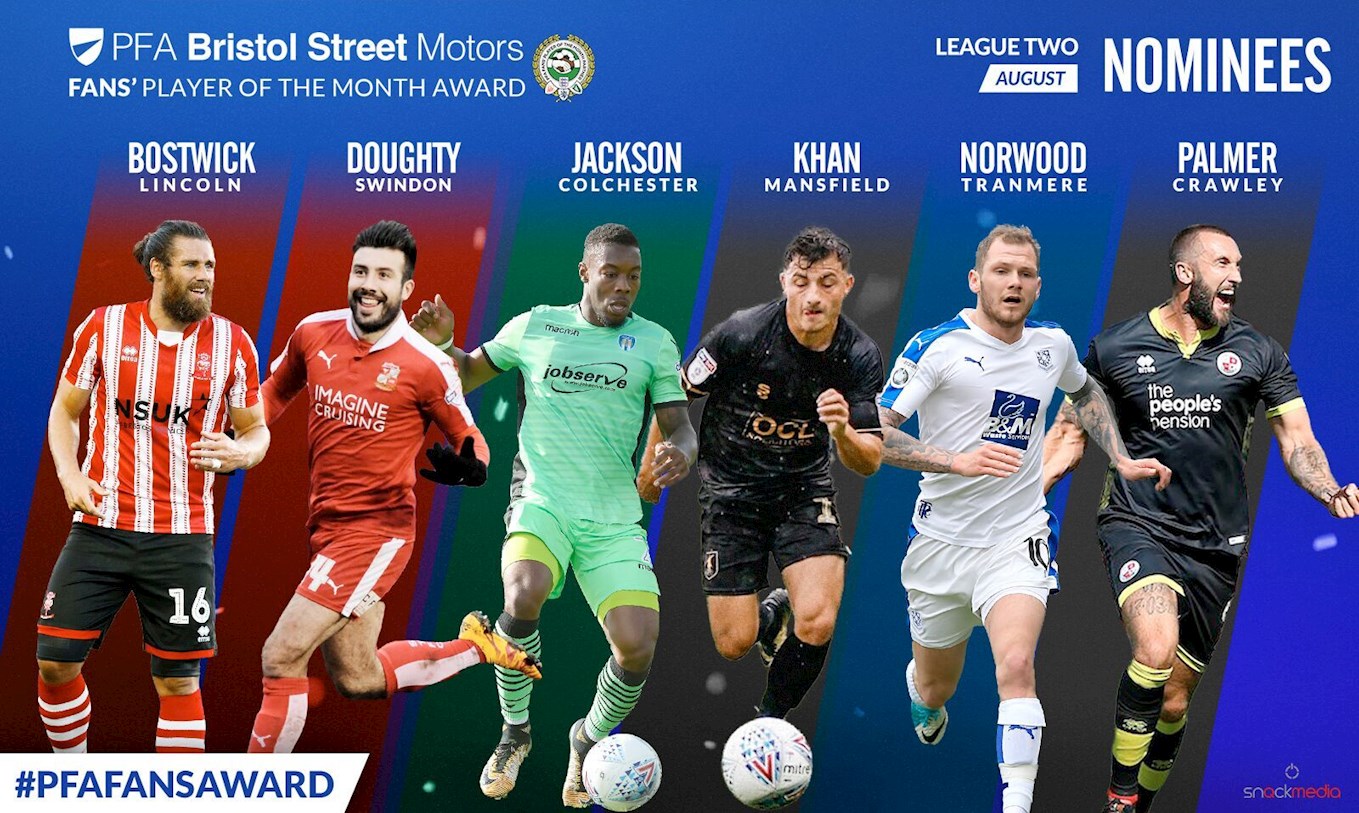 Come and see the August award-winners in action on Saturday as we take on Crawley Town. Tickets are available HERE.