Lincoln City hosted the first of their ‘Fans’ forum On the Road’ series last night at the Shoulder of Mutton in Ruskington, with over 100 supporters in attendance.

How much difference has the new training ground made?

Nicky Cowley: “The training ground that we’ve secured this season, I’ve just got to thank everybody at the football club for making it possible.

“The grass has made a real difference to the squad, the pitches before were smaller which effects the geography of the drills as well. This season to have two pitches, and soon to be three, is fantastic. “We’re able to do so much more work tactically and with our pattern of play. You always want to play to your strengths as a manager and we can now maximise the best out of our group.

“I’m really excited about the future and what we can achieve.”

Why do we have such a large diversity in our support base?

Liam Scully: “Football has a secret in the EFL, most football clubs have a dying fan base. Here at Lincoln, we are completely bucking that trend. The spread of our supporters, not just in terms of age and gender, is a non-conventional fan base.

“30% of our fans come from more than an hour and a half away. The IFollow graphics show we’ve been watched in 51 countries over five continents since the start of the season. 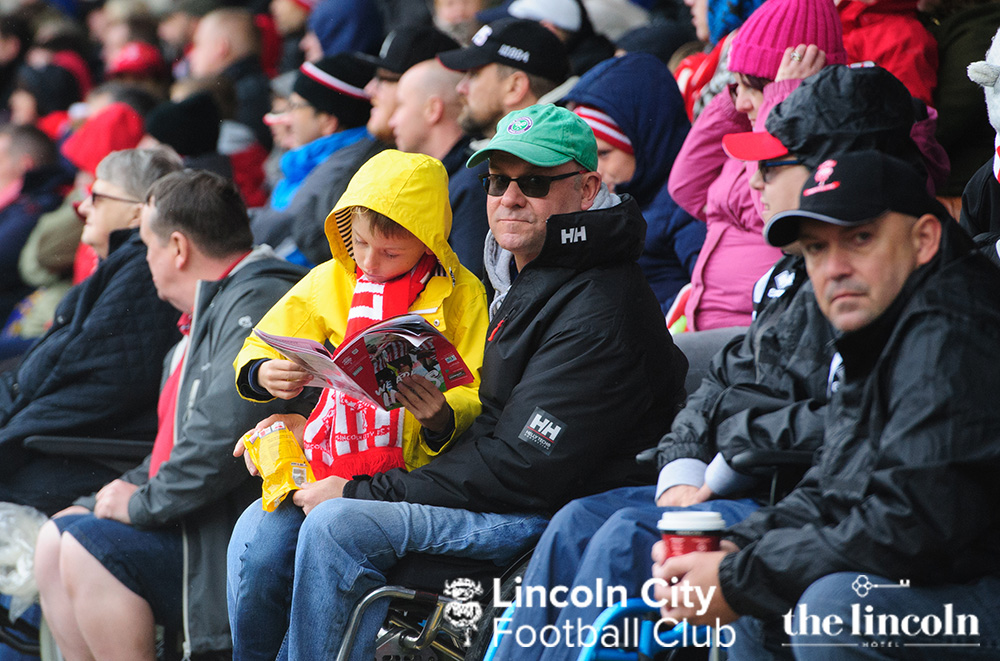 “The reason we’ve got this wide range is because of the sincerity of the staff and players towards the fans. Taking football out of the equation, I’ve genuinely never been part of a better group of nice human beings.

“We’re not just male, 55+ and that makes us special and unique.”

What has been your favourite moment from the last two years?

NC: “I think the first sign of us generating some momentum was at Forest Green Rovers in 2016. We were losing 2-1 with minutes to go and we managed to turn it around and win 3-2. It seemed from then we started to build some real momentum.

“Having the FA Cup adventure was fantastic and going to Wembley to win the Checkatrade, and getting into the play-offs was all brilliant. “For me, the standout moment was getting promoted in that final league game against Macclesfield. When the referee started jogging over to the tunnel and blew his whistle it was a really special moment; it was a fantastic feeling.”

How do you feel the team is progressing compared to last season?

NC: “We’re fortunate enough to be able to have an in-depth analysis of all the players. It allows us to draw comparisons on previous years too. Last year at this stage we’d scored 16 goals, now we have 30. 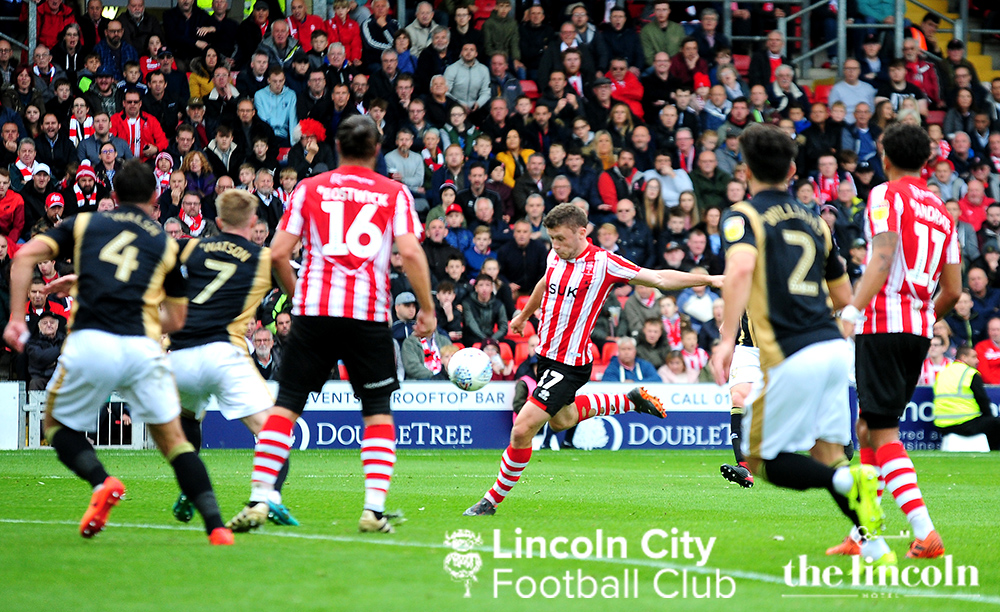 “Last year, in our first year in the football league, we were still in transition. We’ve got a little more depth this year and we’re showing great progress.

“This league requires resilience and it’s vital we stick together, work hard and stay calm after disappointments.”

LS: “We are part of a collective of clubs in the Football League that have given their support to a full review of safe standing at the highest level. That doesn’t mean we necessarily support it completely, we just believe that football audiences now act in a different manner.

“Safety measures, technology and stewarding has all changed. As a result, we believe that the legislation requires a review. 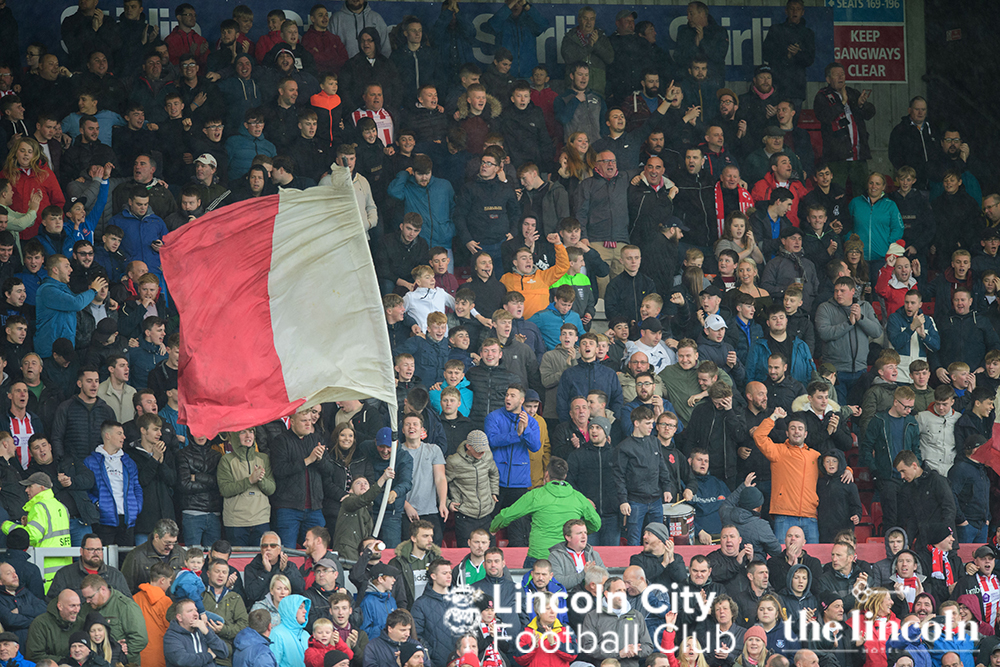 “People want different experiences, that’s clear. If we’re a club that wants to grow, we’ve got to continue to cater for everyone in our stadium.”

We host Forest Green Rovers on Saturday, with over 8000 fans expected in attendances at Sincil Bank. Tickets for this fixture are still available and can be purchased HERE.