Imps defender Neal Eardley believes the disappointment of losing in the play-offs last season has had a positive impact on the start to the 2018/19 season, ahead of Saturday's hosting of Cambridge United.

The Imps go into the game on the back of a 6-2 win away to Port Vale last Saturday. City are top of the league table and now have 31 points to their name, winning 10 of their opening 13 fixtures.

The 2017/18 Player of the Season spoke to press about how another season in the SkyBet League Two has been a blessing in disguise for Lincoln:

“I feel that last year after coming up from the National League, the aim at the start of the aim was to finish as high as possible," he said.

"Unfortunately, we fell at the semi-finals of the play-offs and by looking at the bigger picture now, it might be a blessing for the football club.”

The former Wales international went on to praise the way Danny Cowley prepared for the current season over the summer saying: “We have learnt a lot from last season, the gaffer and the backroom staff went away in the summer having a good look at the squad.

“They’ve done what they thought was right and that’s proven now because all the lads are looking in the right direction, we have strength and depth this year.

“It’s all going well and we are enjoying where we are at the minute but we know we have to keep our feet firmly on the ground, we will take it game by game, as we are doing.” 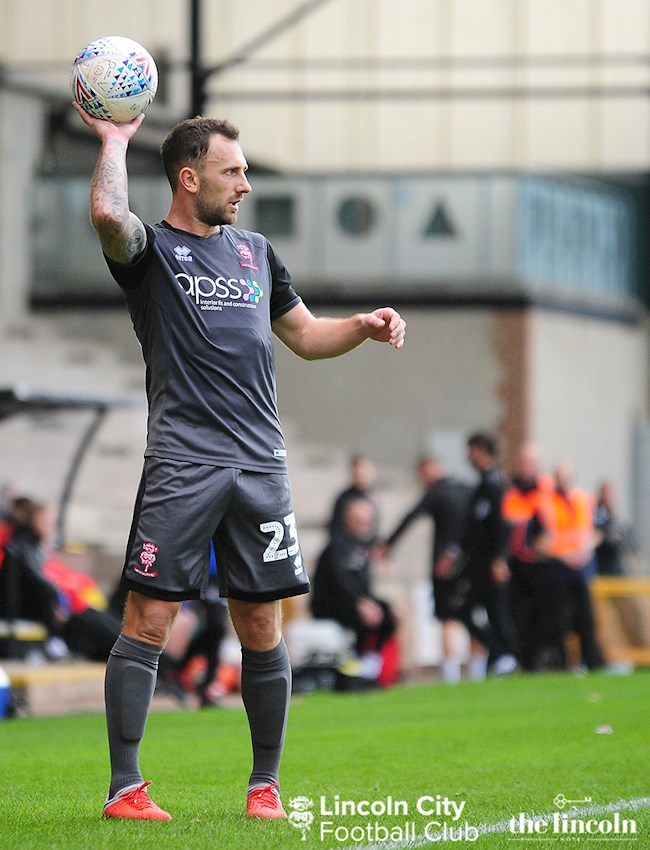 The 29-year-old who created a total of 12 goals in all competitions last season was asked about the way his side works on set pieces during training. Eardley went into detail saying: “We go through all types of set plays, both defending and attacking because they are a big part of the game at any level. We look at a few different things depending on opposition and how they setup.

“It all changes every week and we’ve worked on a few this week, I’m sure we will work on more tomorrow. We feel we carry a threat from set plays but not only that, we focus on open play as well so it’s important we go through that equally.”

Eardley, who joined the Imps in August 2017 went on to finish by speaking about his teammates and how the whole team can provide a threat come Saturday: “We’ve got a lot of players in the team who carry a threat, forward players and even I like to think I could chip in with the odd assist.

“Toff [Harry Toffolo] has got a goal and a couple of assists this season so it’s good it has gone like that because when you are playing in team who can create a lot of chances it is good. Hopefully I will get a few more assists this year but at the moment it’s been a bit quiet, that will pick up over the course of the season.”

Tickets are still on sale for Saturday HERE!