You have to go back over a decade since the Imps and the Iron last locked horns in a competitive fixture, with tonight's hosts running out 4-3 victors in a thrilling Carabao Cup First Round fixture in 2006. Despite this, plenty of players have made the switch between the Lincolnshire sides in recent times, including no less than four of the Imps' current squad.

While John Schofield played and managed at Sincil Bank, yet also became Assistant Manager at Scunthorpe United under the management of Russell Wilcox.

Here, we take a look at members of the current squads that have made the transition from North Lincolnshire to Sincil Bank, and vice versa. 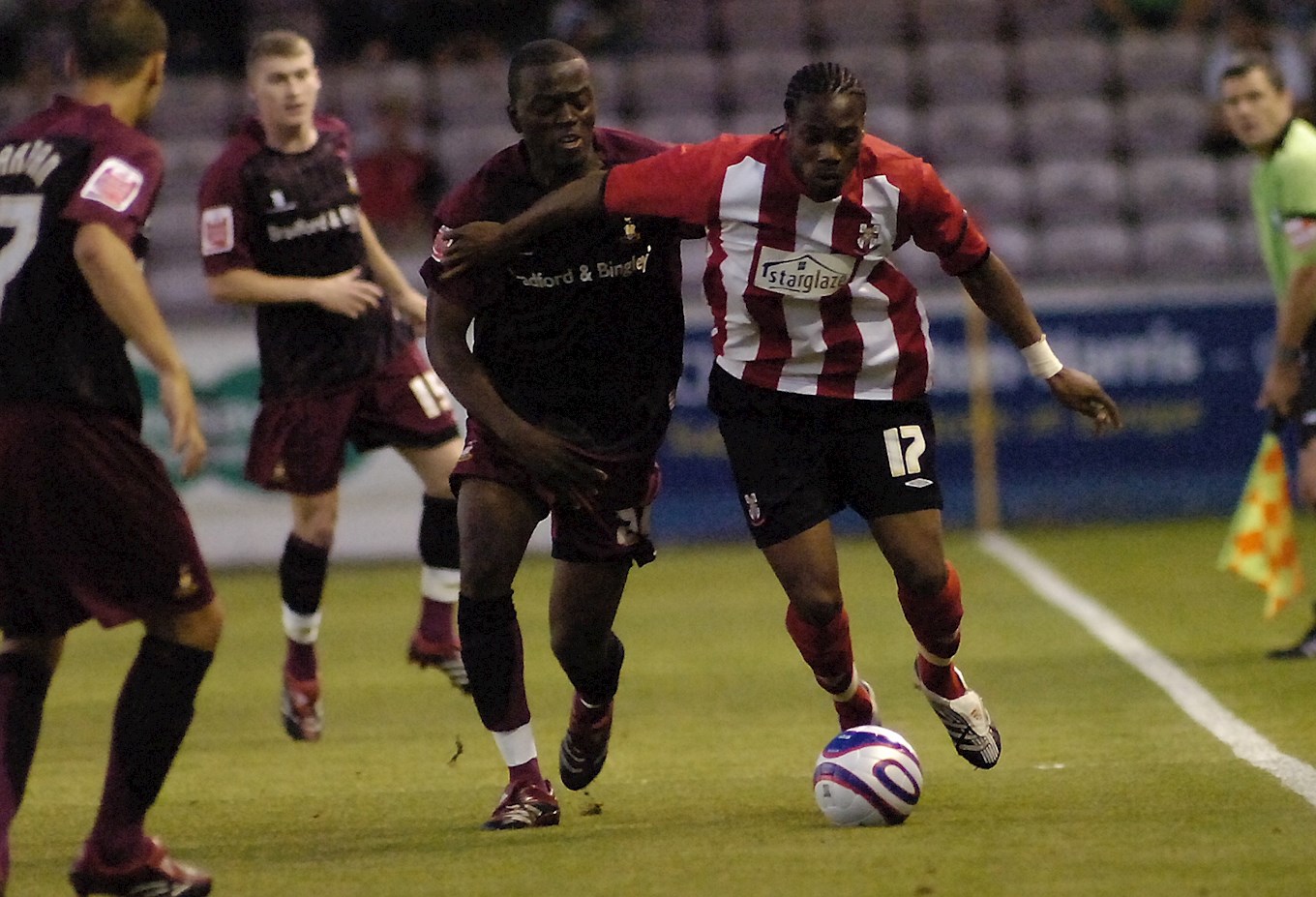 The Imps signed the then-21-year-old central defender in March 2004 from the Iron, as a second successive play-off campaign loomed for Keith Alexander's side.

The defender had made over 60 appearances at Glanford Park having come through the youth setup.

McCombe's presence was felt immediately, as City swept Mansfield Town aside on his debut in a 4-1 victory, with the Yorkshire-born defender starting alongside Simon Weaver and Paul Morgan in a typical Alexander-era three centre-half policy.

Jamie continued to thrive at the Imps, despite play-off heartache to a future employer in Huddersfield Town, McCombe continued to progress on the pitch and made 48 appearances in all competitions next time out, scoring four times.

Occasionally featuring as a centre-forward, McCombe was an ever-present and stand-in skipper on occasions, and his performances attracted the attention of clubs at higher levels.

He left Sincil Bank at the end of the 2005/06 season for Bristol City and then Huddersfield Town, where he played several years in English football's second tier.

McCombe returned to Sincil Bank in January 2016, where has remained ever-since, and now has a National League and Checkatrade Trophy titles to his name.

The former Northern Ireland international first joined the Imps on loan from Crewe Alexandra at the end of the 2008/09 season, and made 10 appearances.

O'Connor impressed during his loan spell, and attracted the attention of Scunthorpe United, who signed the then-21-year-old following the expiration of his loan at Sincil Bank.

After spending two years in the Sky Bet Championship and a year in League One with the Iron, the 31-year-old then moved to Rotherham United, and then Port Vale where played most of his football in League One after winning promotion from League Two with the Millers.

O'Connor returned to Sincil Bank in the summer of 2018 after spending two years with Notts County, and nine years away from the Bank.

The left-back spent the early years of his career out on loan from Norwich City after coming through the ranks at Carrow Road.

After spells with Swindon Town, Rotherham United and Peterborough United, Toffolo spent the majority of the 2016/17 season on loan with the Iron in League One.

Making his debut aged 21, Toffolo made 24 appearances scoring twice, before returning to the Canaries at the end of the season.

Toffolo arrived at Sincil Bank in the summer of 2018, and has scored once so far in 14 appearances across all competitions.

The Scunthorpe-born stopper signed for the Iron after impressing in the Non-League with Bottesford Town.

The 30-year-old played across the three EFL divisions over a seven-year stay at Glanford Park, before signing for Oxford United in 2015.

Slocombe arrived at Sincil Bank in August 2018 on loan from Bristol Rovers, who he signed for in 2017. 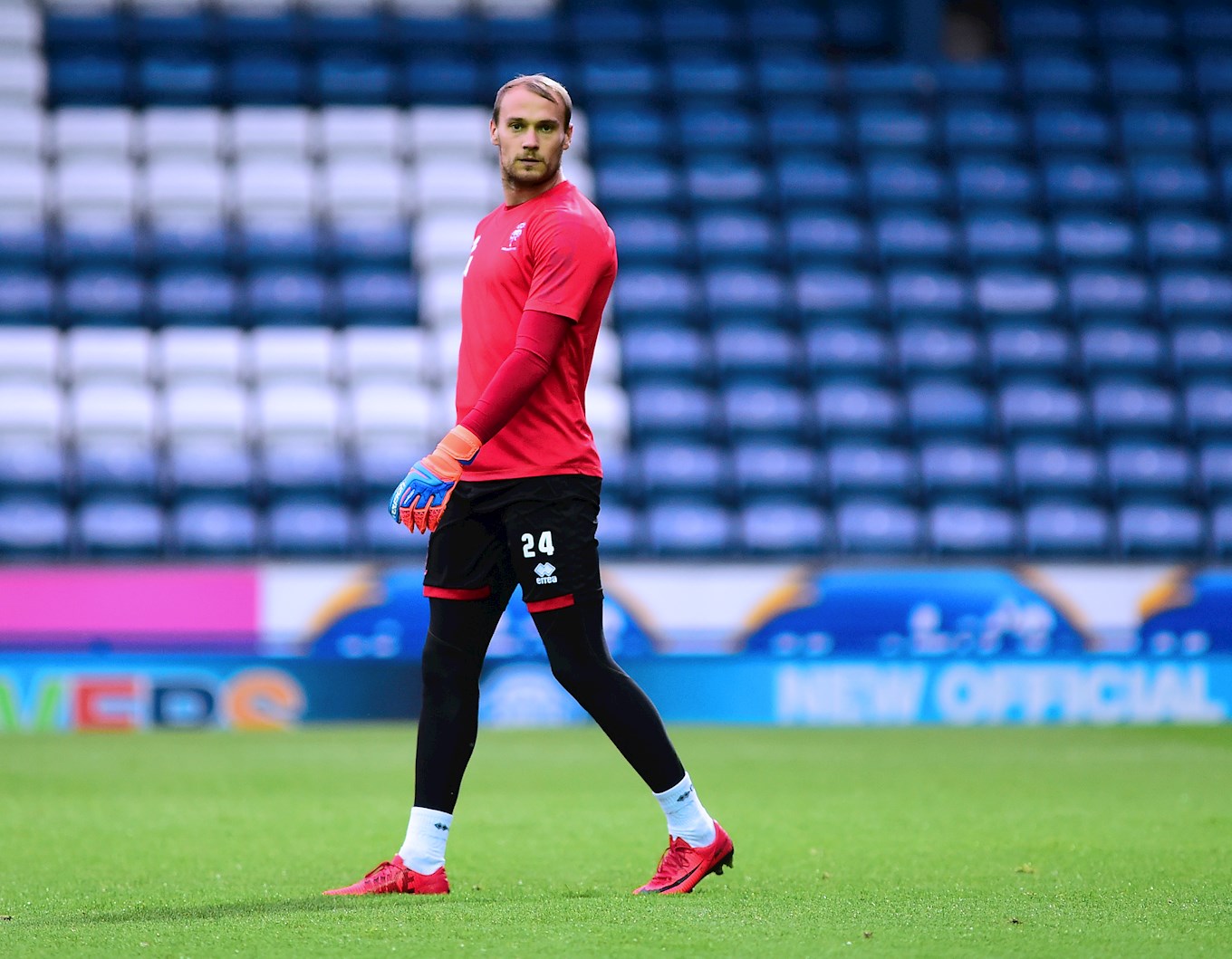