The Imps will be looking to get their name in the Emirates FA Cup Third Round hat, with a victory over Carlisle United on Saturday.

The Imps dramatically beat Northampton Town in the first round of the club with summer signing Bruno Andrade scoring a 92rd minute winner.

Harry Anderson opened the scoring for City with the only goal of the first half after just 16 minutes. Tom Pett added a second for Lincoln seven minutes into the second half however, Northampton’s Jack Bridge quickly fired one back in the 55th minute. 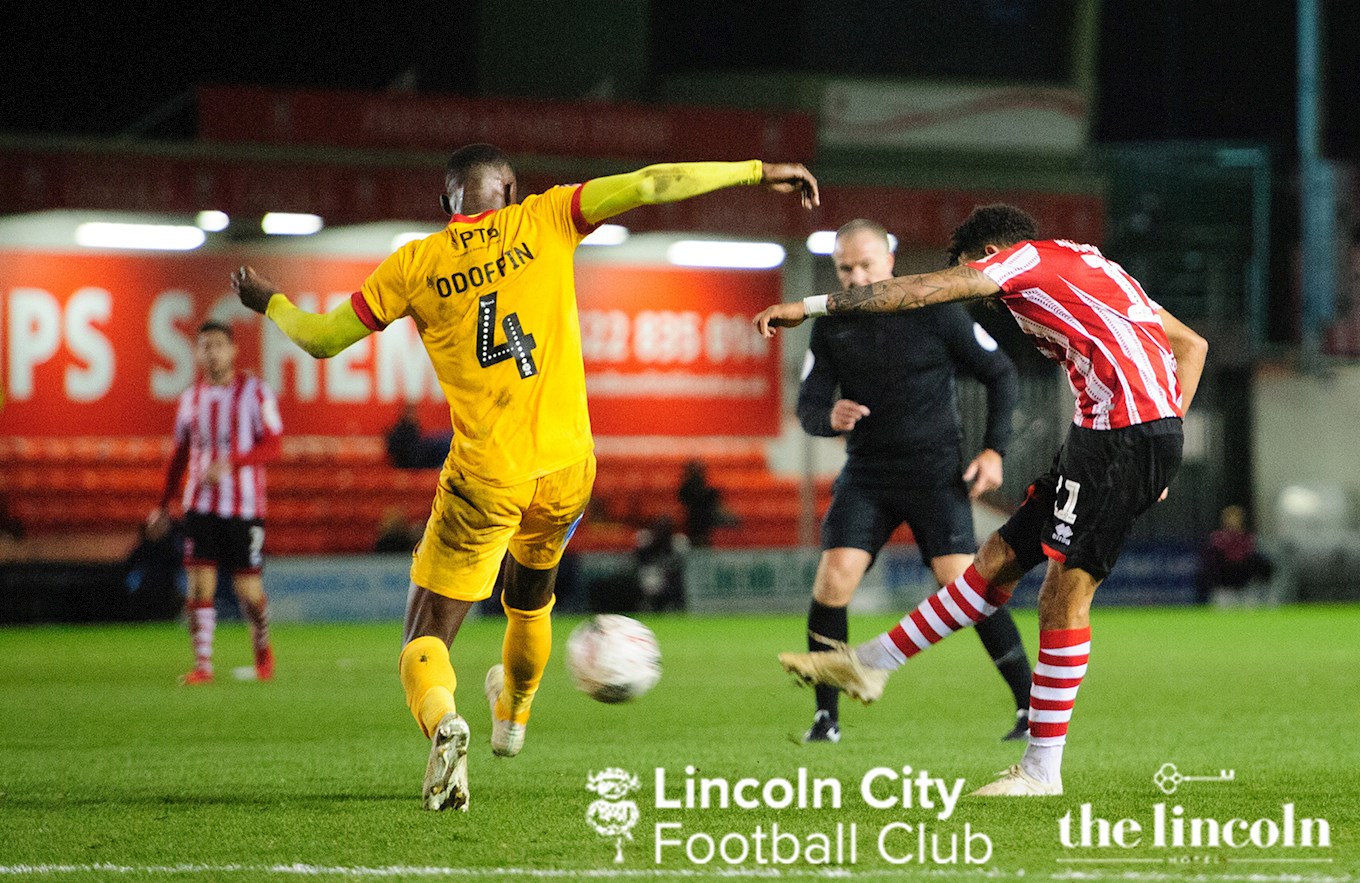 Former Scunthorpe United frontman, Kevin van Veen equalised for The Cobblers nine minutes before full time with his seventh goal of the season.

11 minutes later in added time, Andrade stepped forward to score a magnificent goal from outside the area sending the Imps into the second round.

Carlisle have failed to keep any consistent form in recent weeks with a mixture of results coming their way. Their most recent game saw the Cumbrians pick up a point against Notts County with a 1-1 draw on Tuesday night. 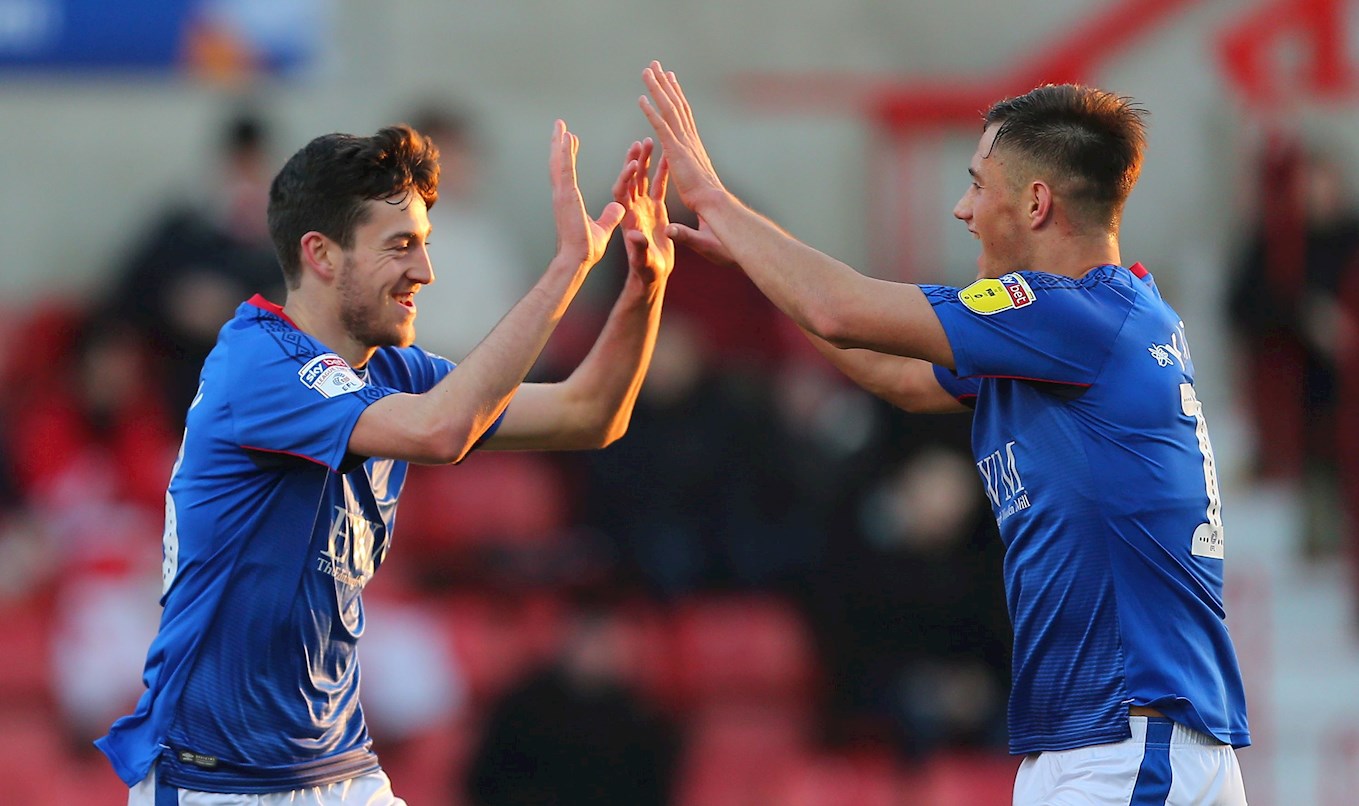 Ashley Nadesan scored in the 41st minute before Regan Slater bagged the first of his brace in the 46th minute.

Jamie Devitt also found the back of the net nine minutes into the second half for United’s third. Slater’s second goal was the last of the game coming in the 65th minute.

Carlisle’s FA Cup First Round win was against Crewe Alexandra on 10th November. Despite the Cumbrians having 20 shots on goal throughout the game, they left it late with Jamie Devitt scoring in the 90th minute to make it 1-0.

Assistant manager Tommy Wright spoke to press ahead of Carlisle’s trip to Sincil Bank this weekend. 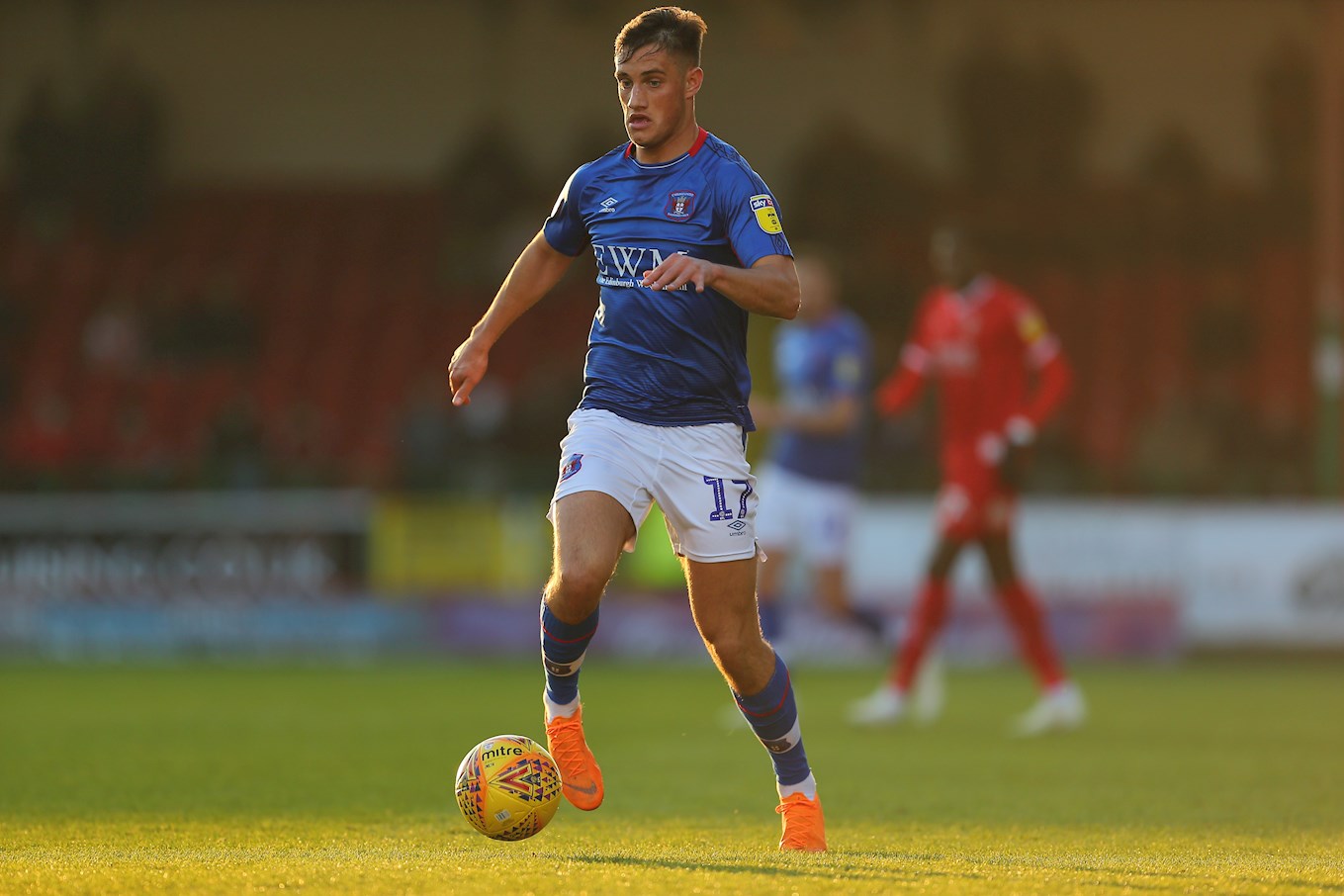 The Rotherham striker who arrived at Carlisle on loan over the summer scored a late equaliser against Notts County on Tuesday night.

Wright said: “If you work hard in anything you usually get your rewards, and Jerry definitely works hard.

“He deserved that goal, and I think those are the sort of goals we need to score more of. His movement in the box was good, he’s got a little touch on the cross and it’s in the back of the net.

“He came here as a striker but he hasn’t played a lot up top, so we’re all delighted for him to get that goal. He’s never moaned about playing left wing back, right wing back, left midfield, right midfield or even in the middle of midfield. He hasn’t played at centre half yet, so we might play him there at Lincoln! 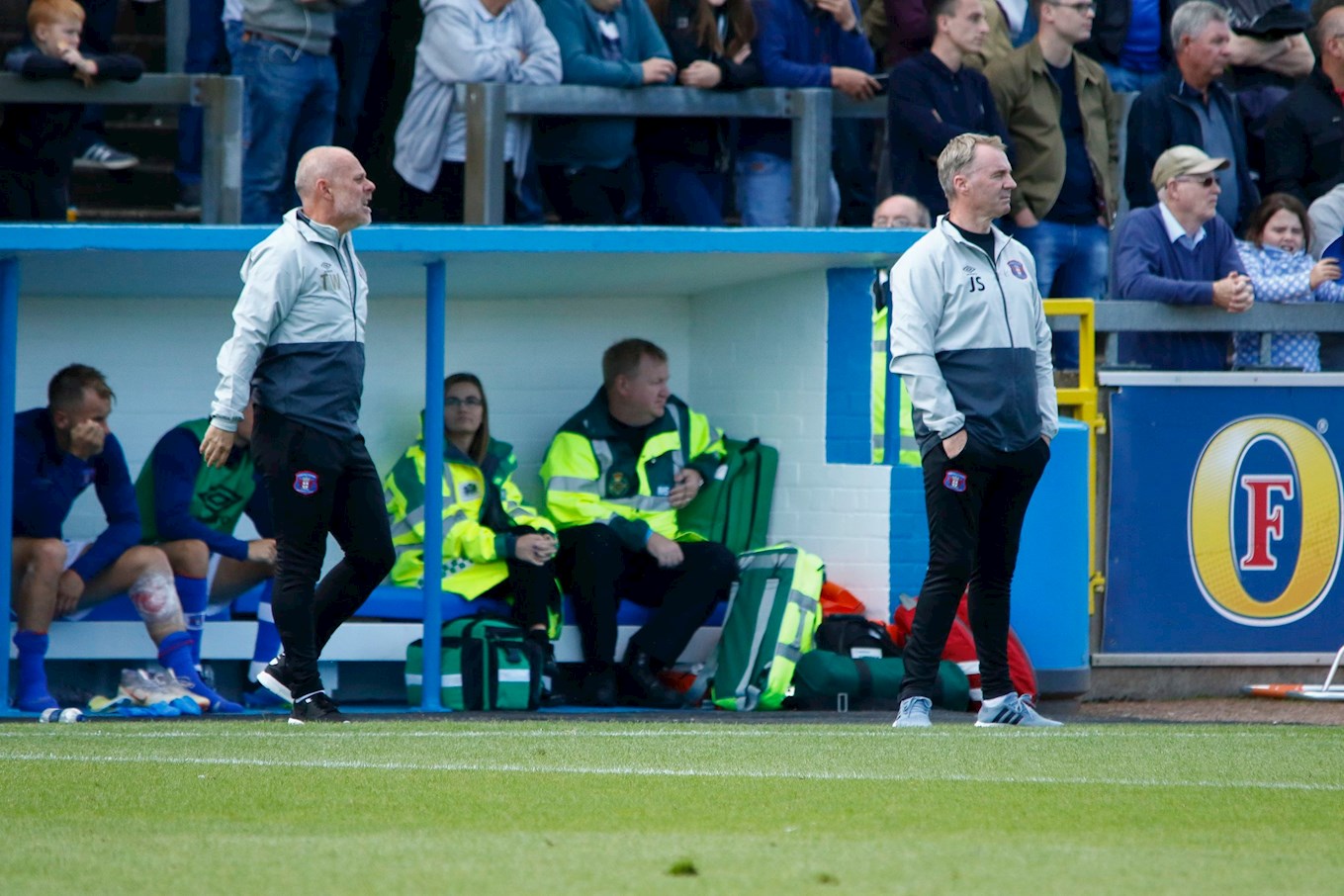 “In all seriousness, everybody is really pleased for him because he’s a great lad. We’re hopeful that we can keep hold of him for the rest of the season.

“Paul Warne at Rotherham has been great with us, we didn’t have FA Cup permission, but I spoke to Warney about it and he said he definitely wanted us to play him because he needs games.

“John [Sheridan] has spoken to Jerry and I think he wants to stay because he’s enjoying his football, and we’d be delighted if we could keep him for the rest of the season.”

The scores were level earlier this season when the pair met in the SkyBet League Two. United travelled to Sincil Bank on an October Tuesday night with a number of their squad suffering injuries.

The Imps remained at the top of the table following the side’s 2-2 draw. 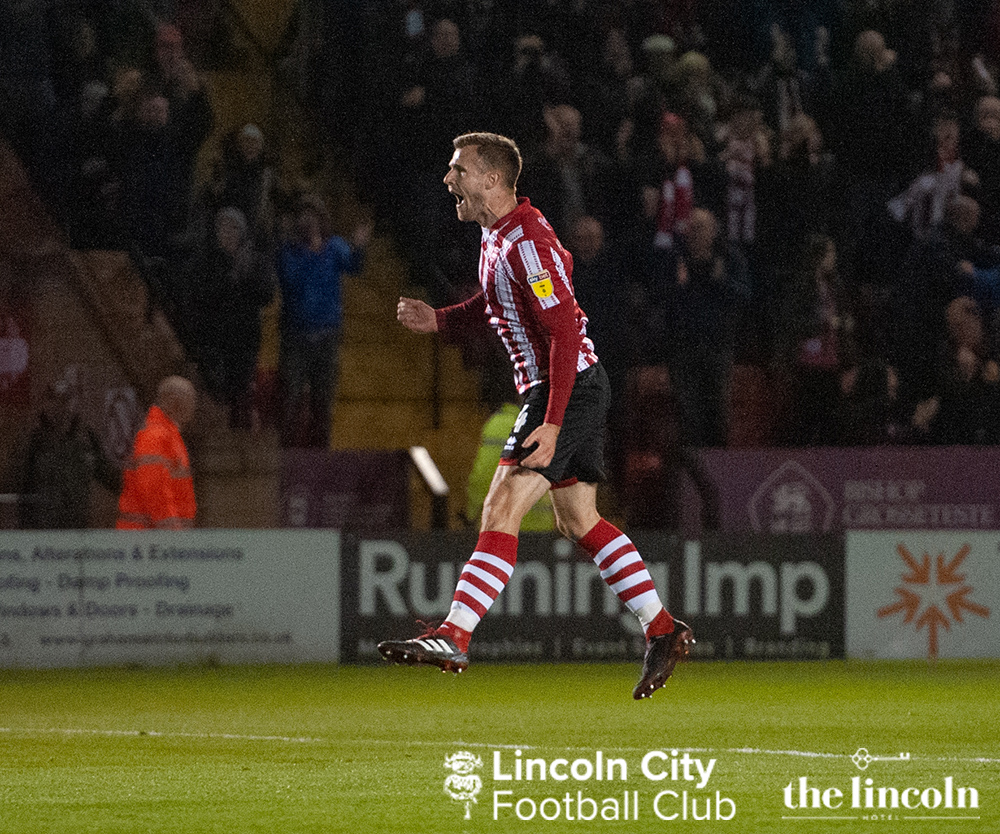 Danny Cowley’s side had to come from behind twice in the first half following a brace from Ashley Nadesan. Michael O’Connor scored City’s first goal seven minutes after Nadesan’s opener in the sixth minute.

Bruno Andrade was the man to find the equaliser for the Imps a minute before half-time, claiming Lincoln a vital three points on the night.

The last time the pair met in the FA Cup was in the first round during the 2002/03 season. Graham Salisbury was the referee as the Imps travelled to Brunton park. 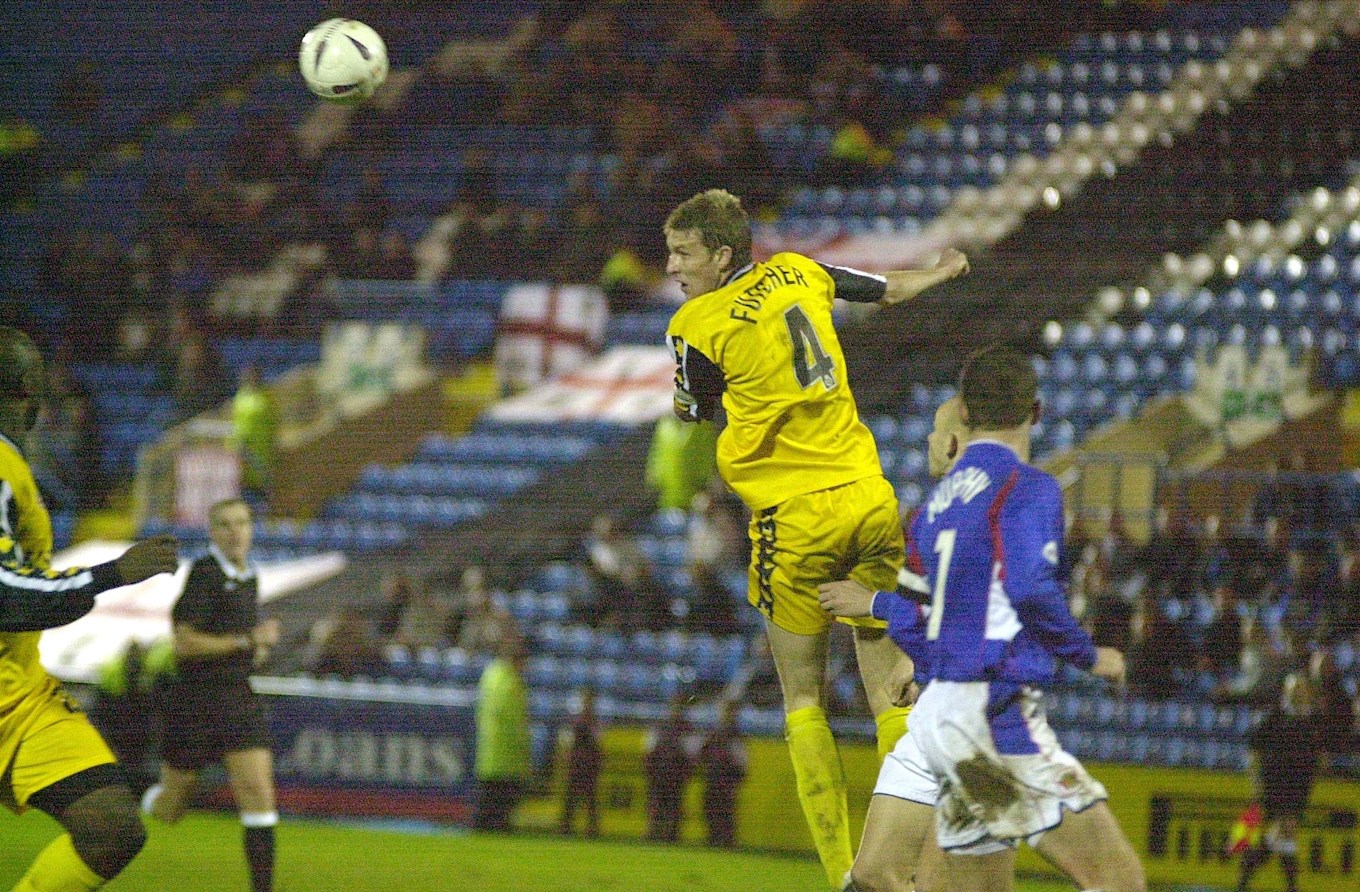 One to Watch – Jamie Devitt

After scoring five in as many games in the build up to Saturday's fixture, Jamie Devitt is the one to keep your eye on this Saturday.

The midfielder has been in fine form recently, starting with a brace in the 3-2 victory over Newport County at the beginning of November. 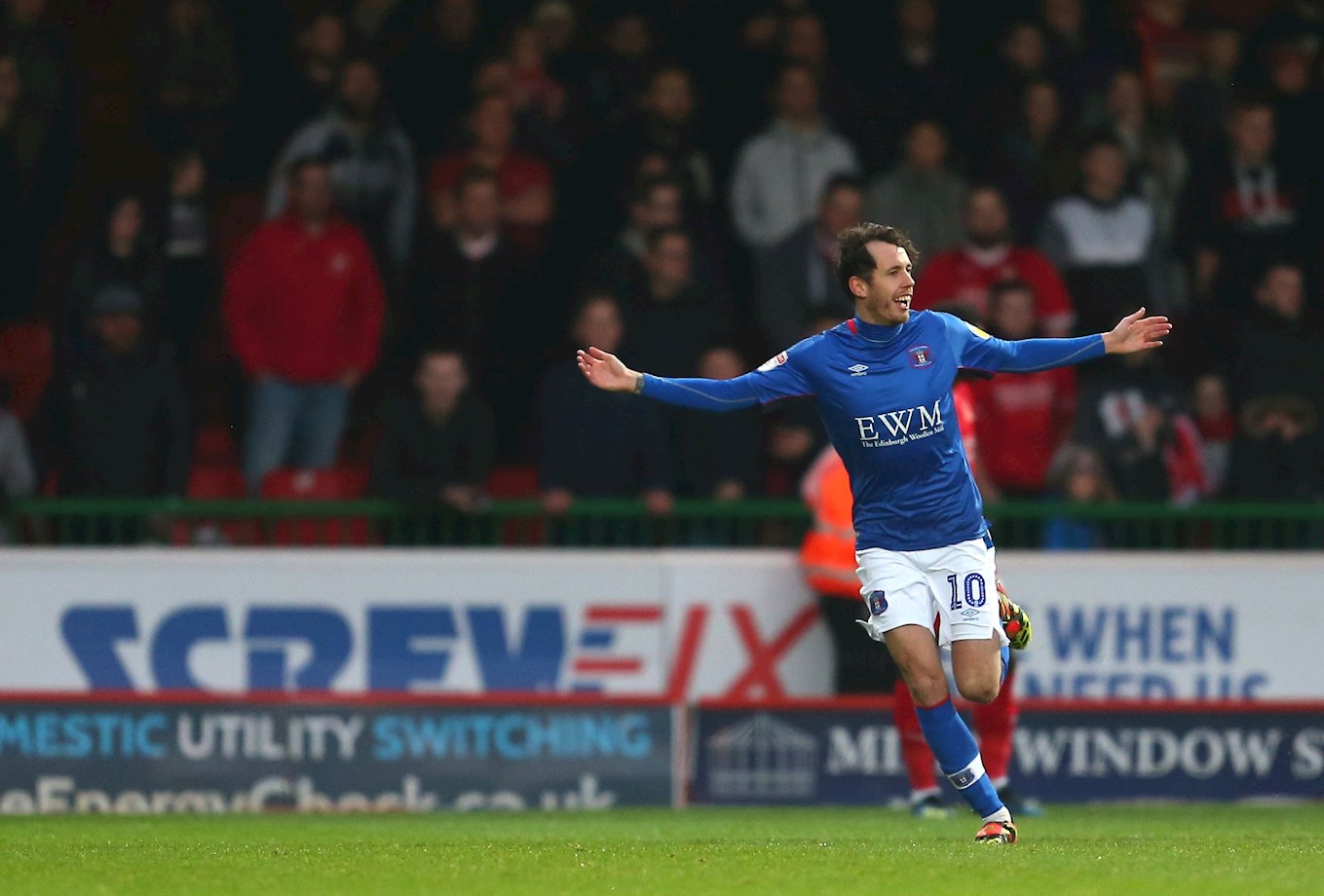 His form went from strength to strength, scoring the winner against Crewe Alexandra in the First Round, then adding to his tally in the 4-0 away win at Swindon Town.

His fifth in four games came against Forest Green Rovers, albeit the Cumbrians fell to a 2-1 home defeat.

Imps fans would have first seen Devitt in the 2-2 draw at Grimsby Town in 2010. The then-19-year-old Devitt impressed that afternoon and during his time at Blundell Park as he was loaned from neighbours Hull City. 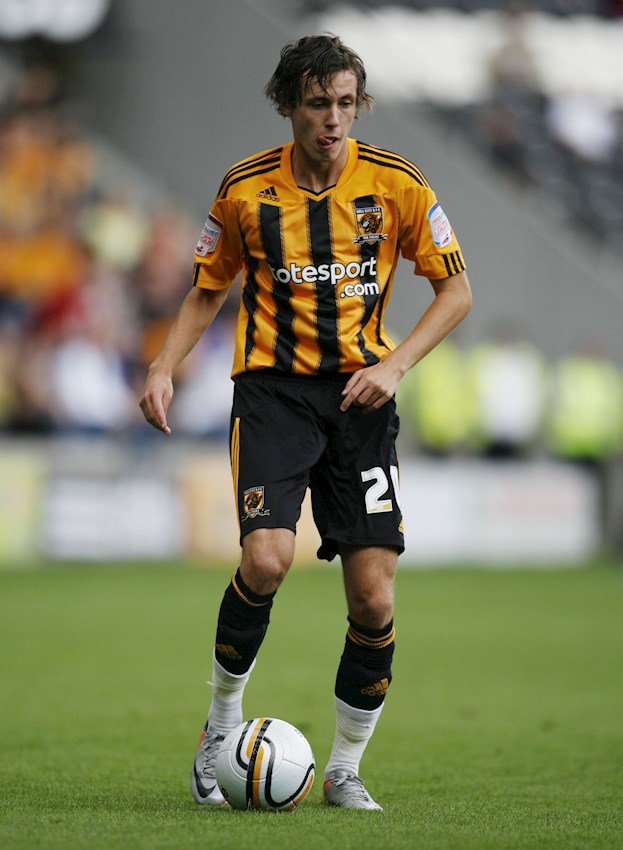 The Irishman has featured for numerous EFL clubs with loan spells, but joined Carlisle United in the summer of 2016, scoring 15 goals in just over 100 appearances.