Bruno Andrade's injury time winner against Northampton Town in the Emirates FA Cup First Round on Saturday has won the BBC Sport Goal of the Round.

City took a two-goal lead in the First Round tie, but goals from Jack Bridge and Kevin Van Veen looked set to force the Imps into a replay.

However, Andrade's 25-yard stunner in the dying embers of the tie gave the Imps a 3-2 victory, securing a home tie in the Second Round against Carlisle United in the process.

The summer signing was thrilled to win the award, as he pipped Doncaster Rovers' Herbie Kane and Bury's Danny Mayor to the award.

"I'm delighted to win it. I just remember the ball falling to my feet after a little kamakaze on the edge of the box, and I just wanted to get it onto my right foot," Andrade said. 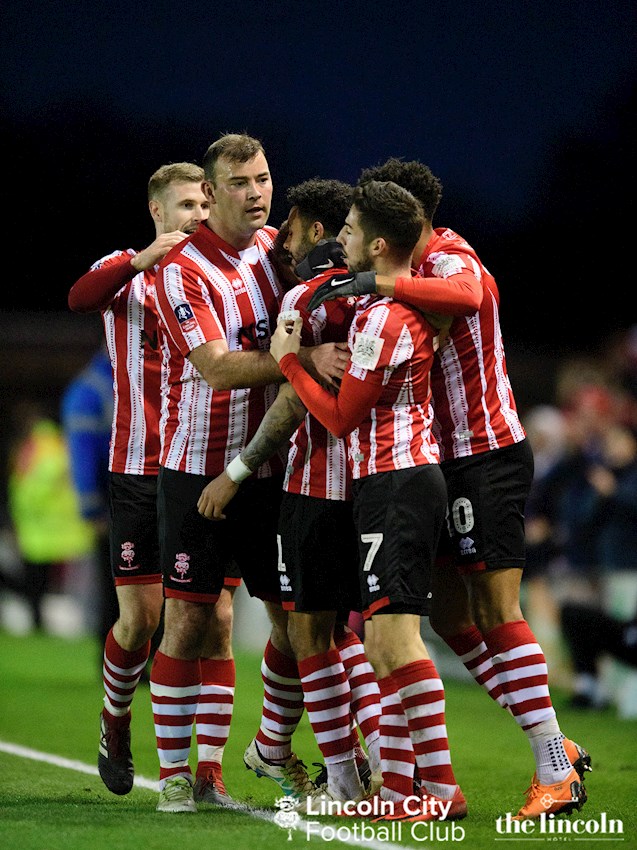 "Obviously I was disappointed that we let them come back into the game, but I was just waiting for that one chance to make it right."

The Imps found out on their Second Round opponents in Monday night's draw, as Andrade and his team mates will host fellow League Two side Carlisle United, who City drew 2-2 with at Sincil Bank in October.

"We're pleased with the draw, as we wanted a home tie so we can have all of our fans backing us again.

"We have played Carlisle already and know they are a good team, and hopefully we can put things right against them."