The Imps' SkyBet League Two Playoff Semi Final second leg game at St James’ Park on Thursday takes place on the same day as the opening day of the Devon County Show. So delays are expected on roads around junctions 29 and 30 of the M5.

We have been advised to inform supporters of the potential congestion due to the show and there has also recently been a new Ikea store open in the area around junction 30 of the M5, which could also add to the congestion.

Supporters that are due to be arriving in the Exeter area around 5.00pm to 6.00pm, should be aware that traffic will be very busy around those aforementioned junctions on the motorway.

However, using Junction 29 and the back roads into Exeter to Pinhoe Road and then onto St James’ Park is said to be the best route to the stadium.

However, there are alternative routes from Junction 28 of the M5 (Cullompton) and head in the final 12 miles on Exeter Road, or leaving the M5 at Junction 27 and taking A361 to Tiverton and then the A396 to Exeter if you are early into the Devon area. Upon arriving in Exeter follow the signs for the University and roads to ground, although these are central to the City is said to be easier to get to St James’ Park in that direction.

Local advice is that it would not save much time if supporters were to stay on the M5 through to J31 as you would be pinned back by the visitors exiting the Devon County Show and heading towards South Devon and Cornwall.

For the latest information on the traffic in the area click here : http://www.highways.gov.uk/traffic-information.

There is no parking around the stadium at St James' Park, for details of available parking close to the stadium see below. 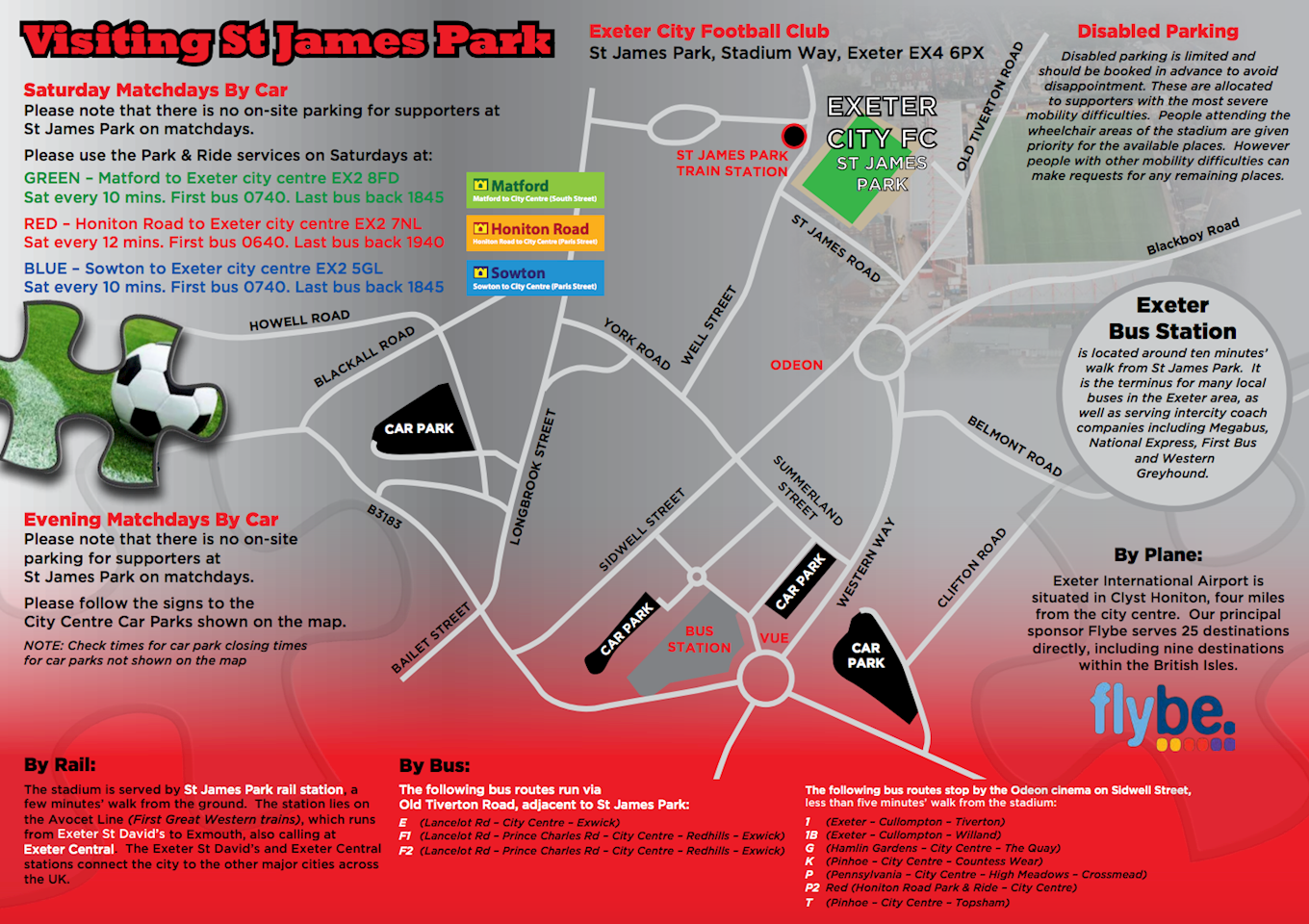