The Imps booked their SkyBet League Two play-off place following the home draw against Yeovil last weekend and Exeter City are now the team that stand in City’s way of another Wembley appearance this season.

A capacity crowd is expected for the second game in succession at Sincil Bank, and ahead of the game we take a look at The Grecians, their form, their manager’s comments and who is their one to watch.

Away from St James’ Park, the form of The Grecians could arguably be better, as they have won just two of the last six games on the road, although their form overall has been largely positive, picking up points in five of their last six games home and away.

Out of the top eleven teams in League Two, Exeter have the worst defensive record away from home (average 1.52 goals per away game).

The Grecians have been in League Two since 2012 and missed out on promotion in the play-off final against Blackpool last year. However, they bounced back from that disappointment to become almost a mainstay in and around the top four in SkyBet League Two for almost all of the 17/18 season.

Exeter manager Paul Tisdale, is anticipating a hotly contested two legged tie against The Imps and he told the press ahead of the game this week that the releatively recent Easter meeting between the two sides at Sincil Bank gives a good indication what to expect on Saturday. 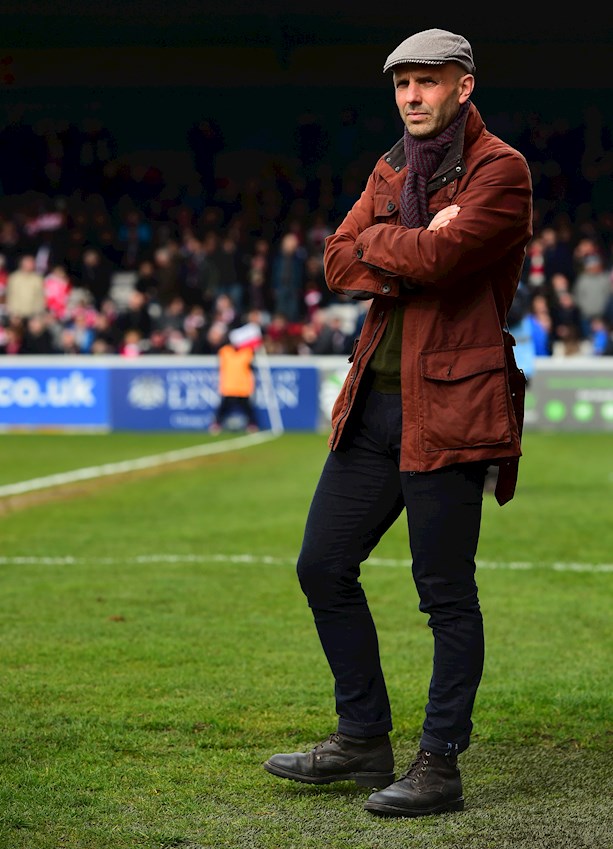 “I think both games will be exciting,” Tisdale said.

“We’ve only played there recently, four or five weeks ago, so both them and us will have a clear image of our opponents.

“It was a really good game there a month ago, and I’d imagine there’ll be a similar atmosphere, although of course there’s a lot more at stake over two legs. We’ll be going there very, very aware of the threat they pose.”

The Imps won 3-2 against Exeter at Sincil Bank this season in April, goals from Danny Rowe, Matt Green netted before Ollie Palmer scored the winner late in the game to break Exeter hearts. The Grecians won the first game between the two teams in the 17/18 season courtesy of a strike from Reuben Reid.

This will be the first time that the have met in the playoffs.

One to watch - Jayden Stockley

Jayden Stockley has netted 24 goals in 38 games in all competitions this season, making him the top goalscorer for The Grecians 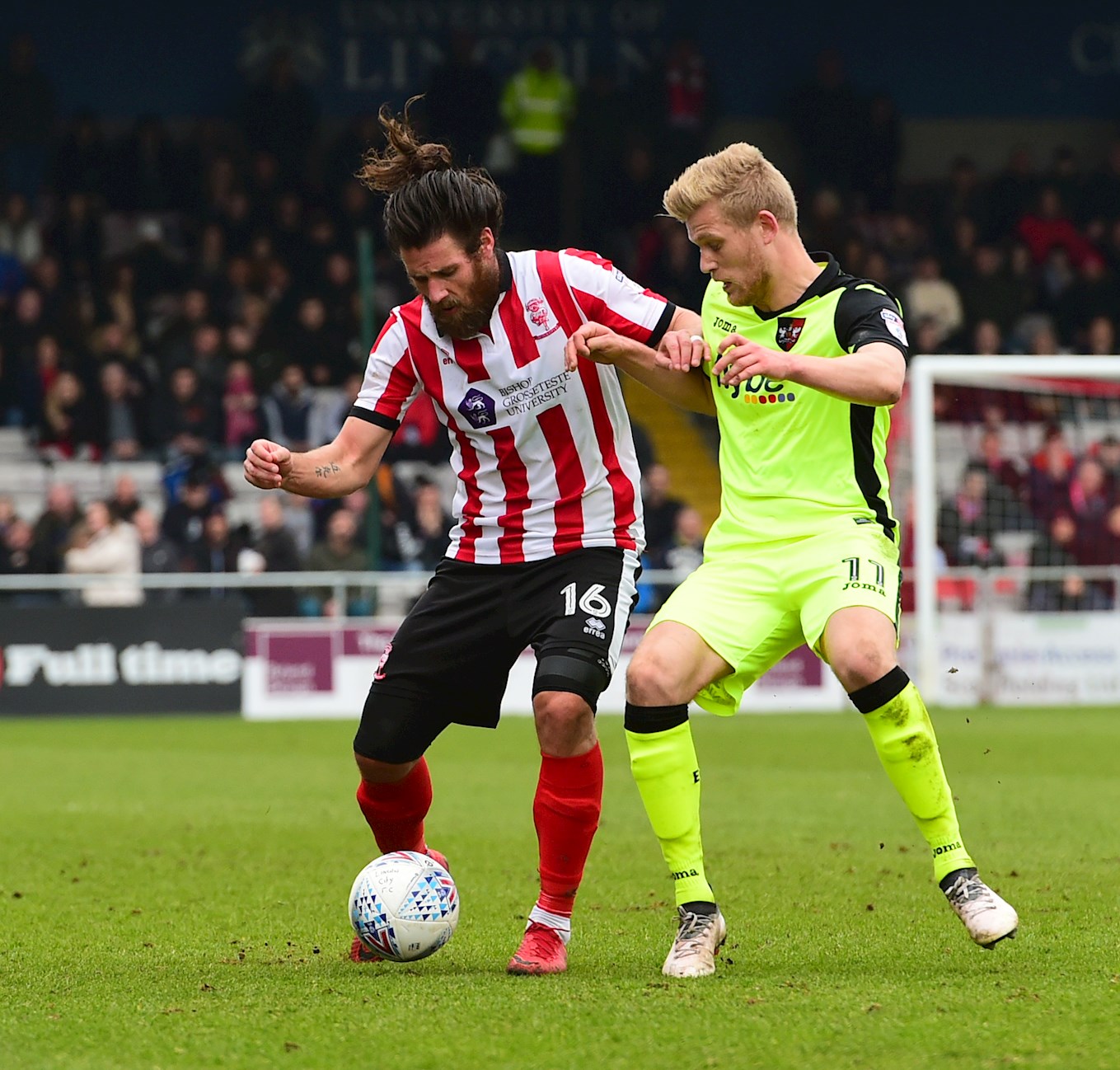 At the age of only 24, Stockley has been on loan at eight different clubs whilst in the youth academy at Bournemouth, including Portsmouth, Accrington, Luton and a successful loan spell at Exeter City.

He moved on a free transfer north of the border to Aberdeen in June 2016 before moving south to return to St James Park on the final day of the summer 2017 transfer window.