Danny Cowley has expressed his delight with the Imps' pre-season schedule, as his side face the first day of training on Thursday.

Three Sky Bet Championship sides in Norwich City, Sheffield Wednesday and Blackburn Rovers head to Sincil Bank in July, while the Imps travel to Scunthorpe United of Sky Bet League One on the final Saturday before the 2018/19 season begins.

Playing higher-ranked opposition will give an indication as to where his side is at for the upcoming league season, according to the Imps boss.

"It’s a fantastic pre season schedule against some top Championship and League One clubs, it will give us exactly what we need. It will definitely challenge the players individually and collectively," he said.

"Whenever you play against the top teams, you instantly get feedback on your organisation and exactly where you are in terms of your performance levels." 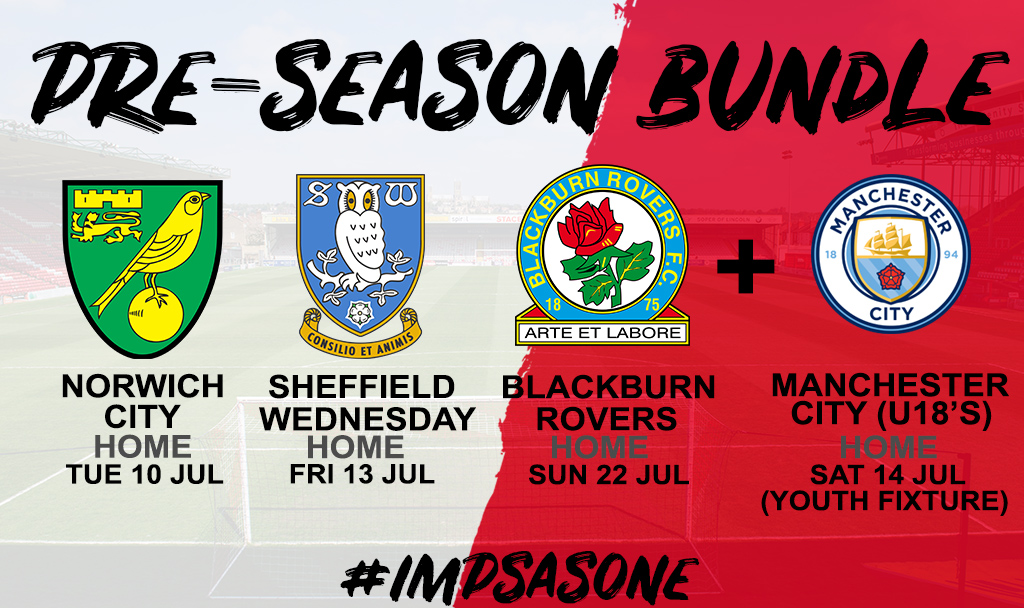 The Imps will begin the league campaign away to Northampton Town in August, and Danny want the pre-season period to be full of learning to meet the demands of the upcoming season.

"We’re going to learn an awful lot during the pre-season period and for us we really wanted a challenge to put us in a really good place to be able to cope with the demands of League Two once the season kicks off on the 4th August."

Over 500 pre-season ticket bundles sold within the first 12 hours of sales, which includes a complimentary ticket for the Lincoln City Youth Academy game against Manchester City under-18s.

Click HERE to purchase yours, where adults can see four games at Sincil Bank for as little as £25.


The Imps will kick off their 2021/22 Sky Bet League One campaign away to Gillingham on Saturday, 7th August.


Lincoln City have been placed in Northern Group F for the 2021/22 Papa John’s Trophy.