The Imps travel to face Barnet tomorrow at The Hive with the potential of getting back into the top three in SkyBet League Two should they taste victory. Although our hosts currently sit at the foot of the table, they’ll be aiming to give their new boss Graham Westley a debut win in front of their own supporters.

Westley was unveiled as the new Head Coach of The Bees earlier this week and his task is simply put but more difficult in execution, bring an upturn of form and results as his side look to hoist themselves away from the threat of relegation into the National League.

The Bees have to arrest a slide of five consecutive defeats this weekend, although their home form hasn’t been as alarming as the overall picture. Barnet have won two and lost two of their last four on home soil in all competitions, they defeated Tottenham U21’s in the Checkatrade Trophy, as well as beating Morecambe before Christmas. However, they are still without a win in 2018. 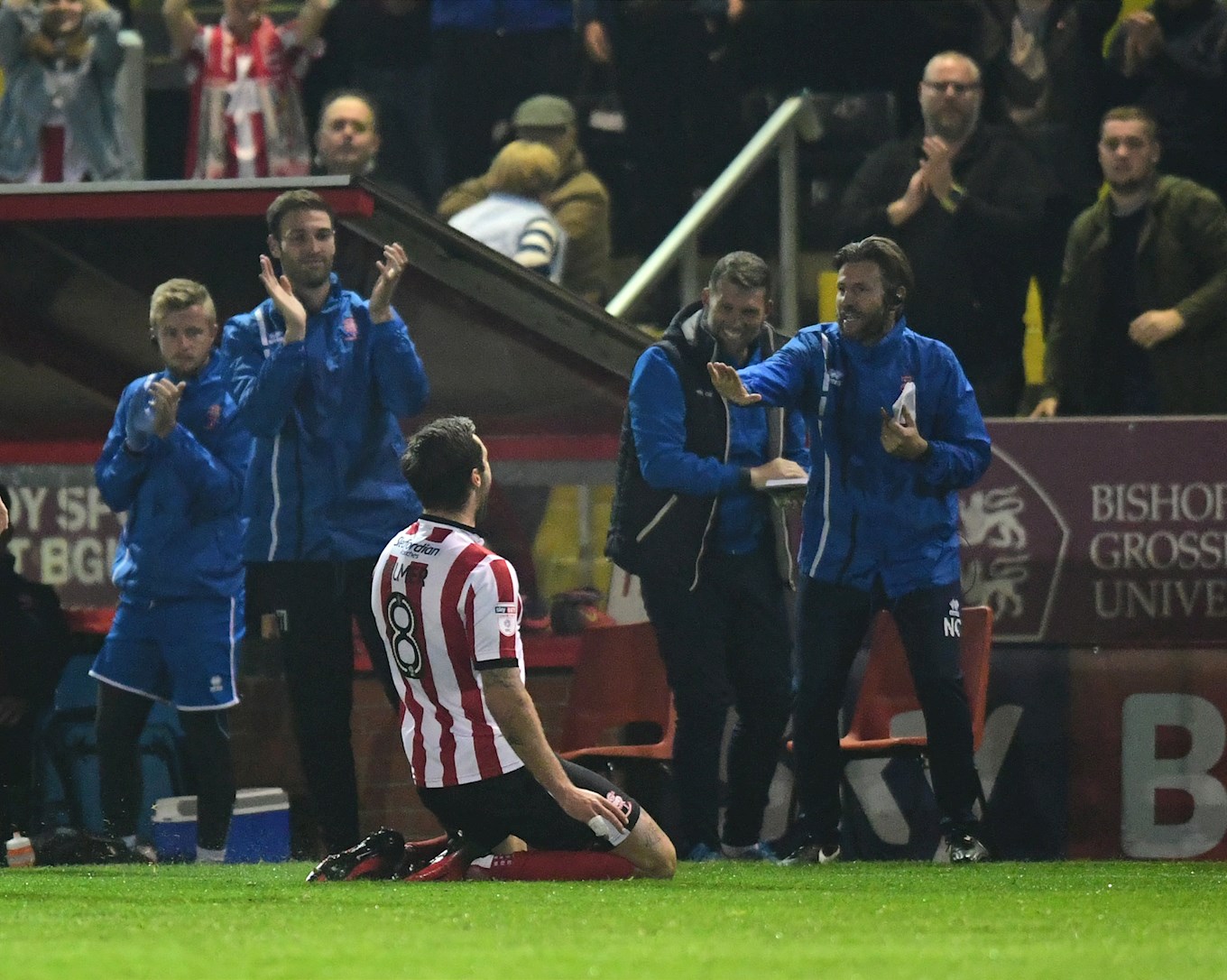 Barnet and The Imps have had some memorable meetings over the years, the two teams have played each other 33 times over the course of history with City holding the advantage in the head to head record by virtue of 16 wins to 12 with five games ending in a draw.

Earlier this season, The Imps defeated the visiting Bees’ side at Sincil Bank thanks to goals from Ollie Palmer and Harry Anderson which had given City a two goal lead before the break. But a resilient Barnet side battled back into the game and pulled a goal back through Shaq Coulthirst in the second half and pushed for an equaliser but The Imps defended their lead to take victory.

The Imps’ last visit to the home of The Bees came back in 2014 when goals from Jordan Burrow and Hamza Bencherif gave the visitors an early two-goal lead which was halved by Keanu Marsh Brown in the second half, but City were to retain their advantage and take victory. But following the game it was the news of the ‘tactic’ board, which hit the headlines, the then City boss Gary Simpson used jelly babies to give his players instructions as the regular board didn’t make it to the ground ahead of kick off!

One To Watch : John Akinde 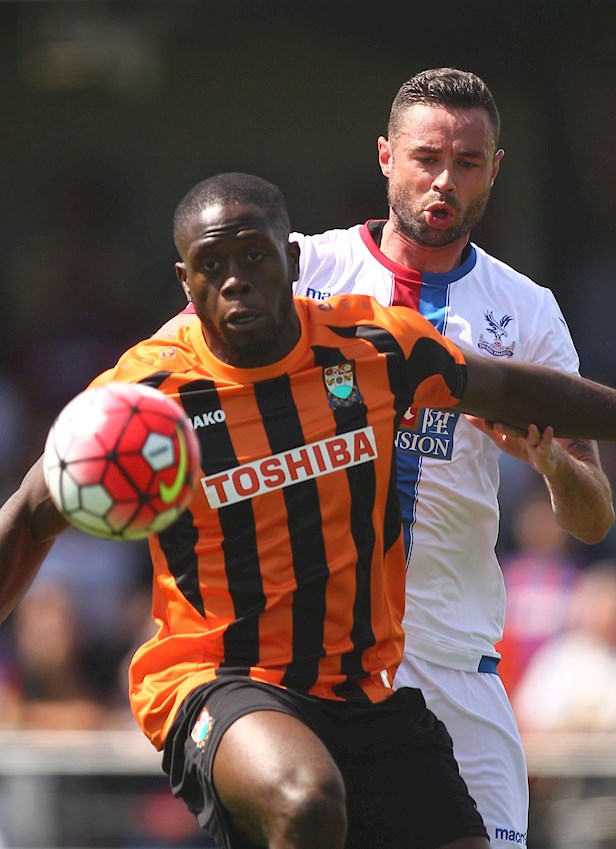 The striker has put his early season injury woes behind him and got back into scoring action for Barnet. Akinde had struggled with a knee injury in the early part of the season and there’s no doubt The Bees missed his goal scoring ability and presence on the field.

Akinde started out as a youngster at Tottenham Hotspur but didn’t break through at White Hart Lane, and moved to Ebbsfleet where an impressive 10 goals in 19 league starts brought a move to Bristol City but he struggled to make an impact with the Robins and had numerous moves away from Ashton Gate on loan. Dagenham and Redbridge, Bristol Rover and Crawley were amongst the clubs the striker plyed his trade but it wasn’t until a move to Alfreton Town that his career took an upturn.

18 goals in 41 starts brought interest from Barnet and he moved to The Bees in 2014, since then his goalscoring exploits have continued and he has scored 85 in 150 starts for the club and that record has naturally attracted admiring eyes from across the EFL.

Remember, the game will be shown LIVE on Imps iFollow for overseas subscribers and of course for UK subscribers, there is full match build up from 2pm, live commentary from 3pm and post match reaction right through until 6pm on iFollow provided by BBC Radio Lincolnshire.  For full details, to sign up or sign in to Imps iFollow click HERE