“I’ll always be grateful for the opportunity to have played for Lincoln City Football Club,” that’s the message from Matt Green following his departure to Salford City.

The 31-year old says that he’ll never forget his time at Sincil Bank after making the move over into Greater Manchester this week and admits it was a really tough decision to leave after 18 enjoyable months with The Imps.

“It’s been an absolute pleasure to play for a fantastic club with brilliant management and a great group of lads. Genuinely, I can put my hand on my heart and say I’ve enjoyed every single second of it. It really is like a family.” The striker said.

“I can only say positive things about the football club, even in the way that they’ve dealt with Salford and myself during this process. I could have stayed at the club, but at this stage of my career, I thought that maybe it’s better for all companies that we part.”

Green made quite the impact upon his arrival at Sincil Bank by scoring on his debut, a goal which was the first Imps goal back in the Football League at the start of the 2017/18 season at Wycombe Wanderers and it’s something that he takes immense pride in.

“I’m really proud of that, I always pride myself on hitting the back of the net and being very energetic for Lincoln City. I always tried my best from the start, and the fans got behind me which gave me the confidence to score the goals I did.”

But after being at the club during success at Wembley as well as making the Skybet League Two playoffs before then topping the table this term, the striker’s lasting memory will be of the club and the supporters overall. 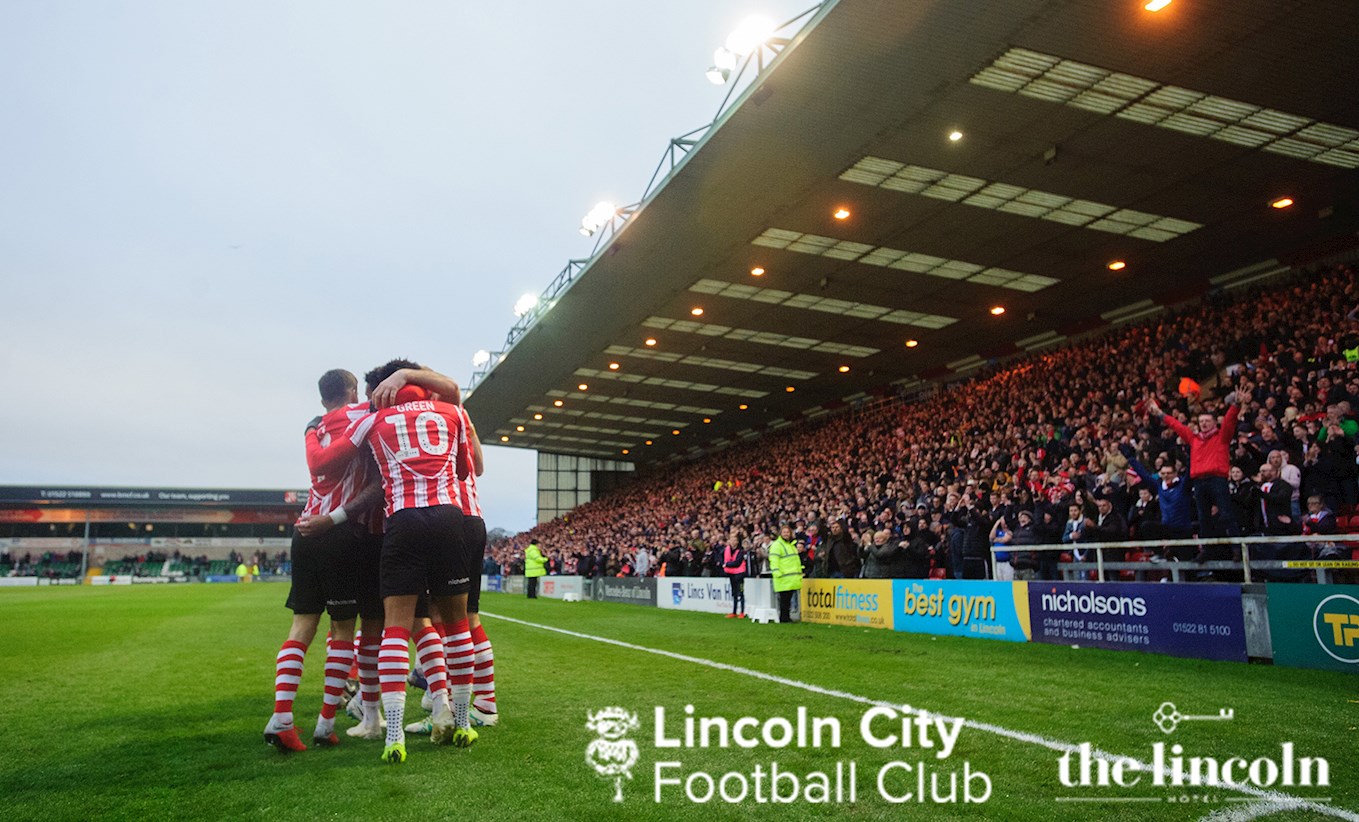 “Obviously to go and win at Wembley as the underdogs and dig in like we did against a team that were battling for promotion to the Championship at that stage was one of the standouts, but another one would be the Peterborough game earlier in the Checkatrade trophy and of course scoring against my old club Mansfield was a highlight too.

“But I’d say just scoring goals in front of 10,000 fans at Sincil Bank will always be the thing that I remember the most. It’s been club that’s been an absolute pleasure to be a part of.”

Last but not least, Green reserved his final comment for those fans who have supported him during his time as a City player and urged them to keep up the tremendous support for the team to achieve what everyone, including himself, would like to happen.

“I would just like to say a huge thankyou to the fans and everyone at the club for making me feel like part of the family, from the moment I walked in to the moment I knew things may change, everyone has been tremendous. I’m absolutely grateful for the opportunity I’ve had to play for the football club.

“Finally, I’d say everyone needs to stay behind the lads now and drive them to promotion. Everyone is driving towards that, all fighting for the same cause and there’s nothing more I’d like to happen for all connected with Lincoln City.”