Lincoln City host Morecambe this Saturday in their 20th league game of the season. The Imps are currently second in the SkyBet League Two table with 41 points to their name, however they have a game in hand over league leaders MK Dons who have 43 points.

John Akinde scored the only goal of the game as the Imps picked up their 12th set of three points for the season. This was the forward’s eighth goal of the season following his arrival from Barnet over the summer.

Morecambe have picked up form in recent weeks losing just one league game in their previous six when MK Dons put two past the Shrimps at the end of November.

The Red and White Army had a dreadful start to the season losing their opening game 6-0 to Crewe Alexandra. Morecambe then went on to lose seven of their opening eight fixtures. 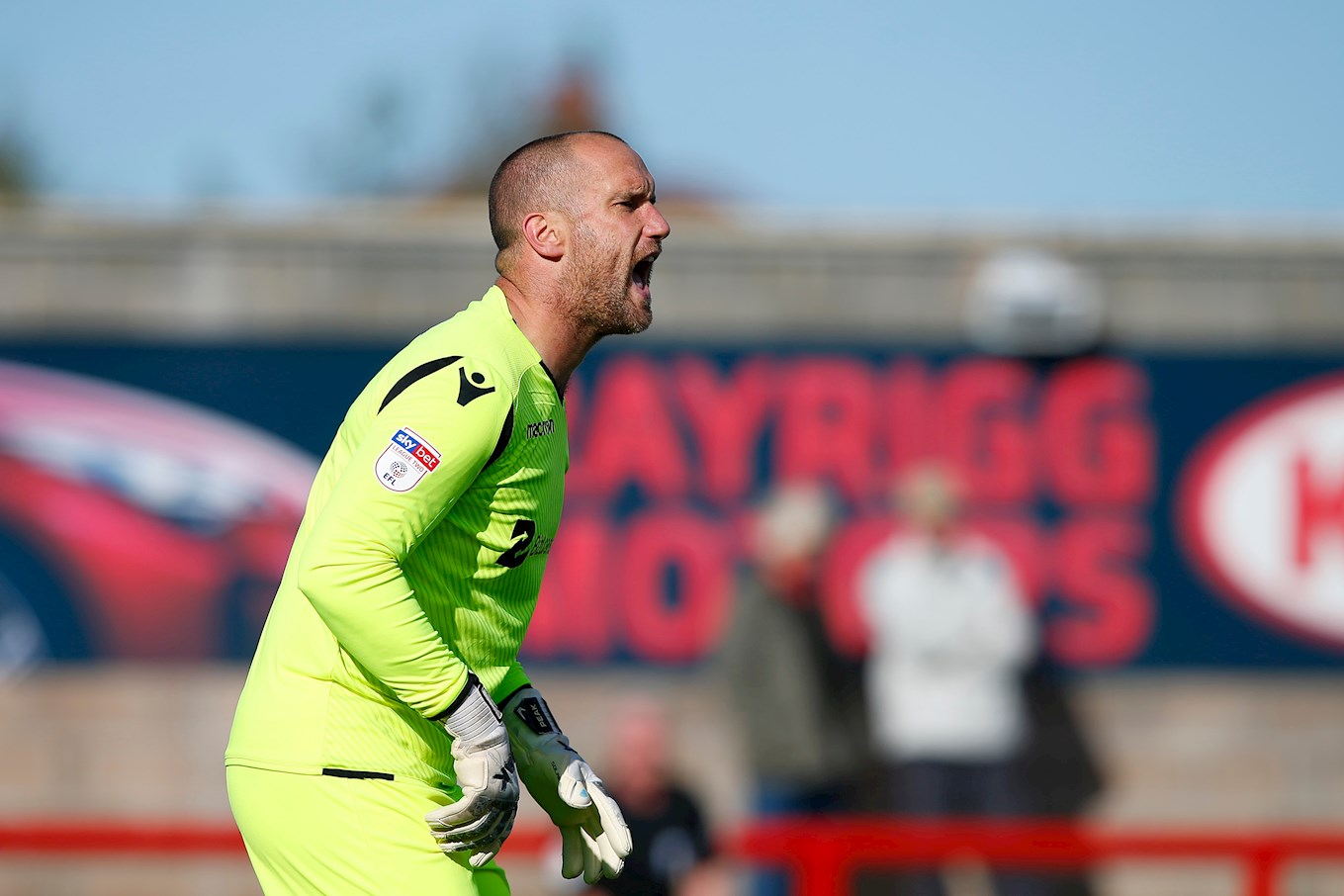 The Shrimps threw away their 2-0 first half lead when Vale fired two in quick succession between the 83rd and 87th minute. Antony Kay and fan favourite Tom Pop were the goal scorers for the visitors.

Leitch-Smith had the chance to give his side the lead from the penalty spot, however his late spot kick was saved by Vale goalkeeper Scott Brown.

This was his second penalty miss of the season, the first coming against Yeovil Town last month. Despite Leitch-Smith’s miss in November, the Shrimps still picked up three points as they beat Town 2-1. 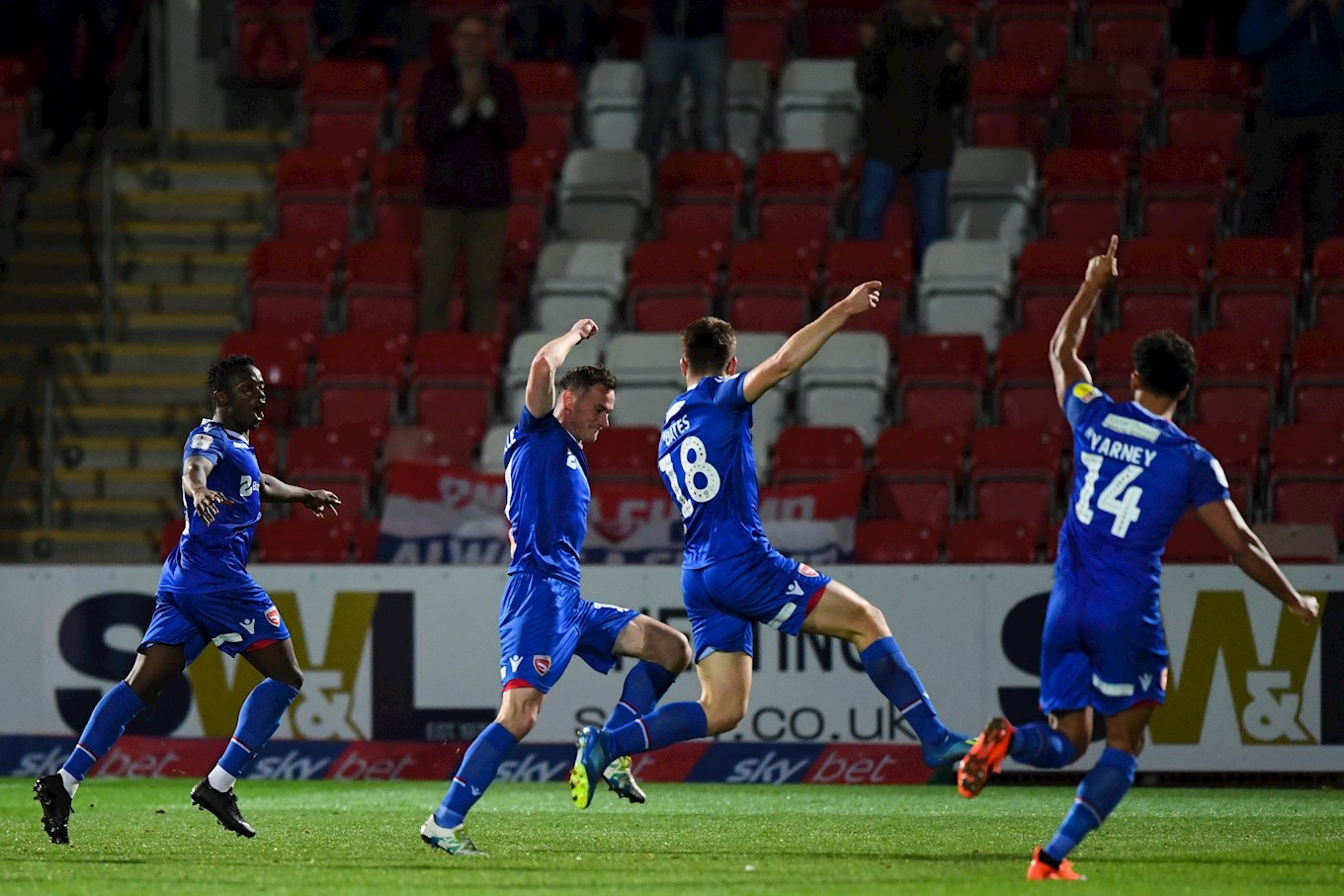 Morecambe left it late in their last win, which came against Forest Green Rovers in November. Former Cardiff City midfielder Aaron Wildig scored his first goal of the season four minutes from full-time to secure the Seasiders their sixth win of the season.

Shrimp's defender Sam Lavelle says that he and his teammates are well aware of the task ahead of them at Sincil Bank this weekend:

“Lincoln will be tough we all know that. They are very direct and strong up front and the way they play means we will have our work cut out.

“But we often perform better against the top teams and that is what we will be aiming for on Saturday.

"Our away form is up there with the best of those in the league over recent weeks so we go there with nothing to lose.''

Last season the pair could not be separated with both Lincoln’s home and away matches against Morecambe ending as a draw.

Matt Green scored Lincoln’s equaliser at Sincil Bank with Aaron Wildig grabbing the visitors 53rd minute opener. The reverse fixture was a goalless draw as their pair shared the points.

Morecambe narrowly avoided relegation to the National League last season with just goal difference keeping them up above Barnet who also finished on 46 points.

Prior to last season’s two SkyBet League Two games, the last time the pair met was in February 2011. 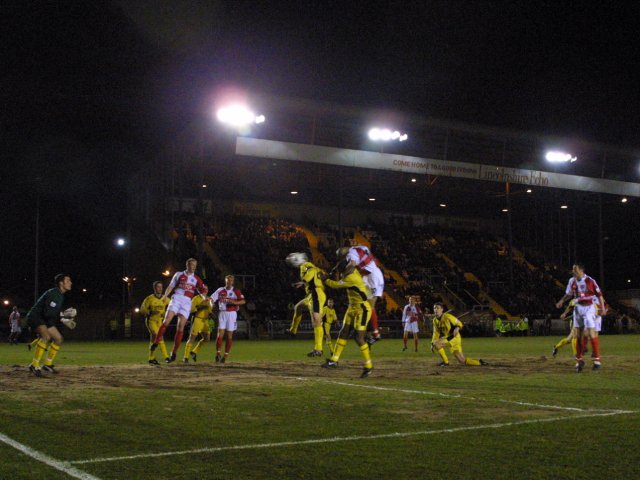 The Imps came out on top at Sincil Bank winning 2-0 with on-loan forward Ashley Grimes scoring a brace. The former Man City youngster scored 15 league games in 27 appearances during his time at the club.

City fans will also remember Lee Thorpe’s dramatic hat-trick in the First Round of the LDV Vans Trophy in November 2000. In front of a 1,194 crowd the striker scored two in the space of a minute to secure Lincoln the win.

It was the same night Grant Brown was presented with his all-time record appearance shield, which he broke shortly beforehand at York City.

One to Watch – AJ Leitch-Smith

Summer signing AJ Leitch-Smith has started his life at the Globe Arena with impressive form.

The forward who arrived from Shrewsbury Town has scored six goals this season, his most recent coming against Port Vale last Saturday.

Prior to signing for the Shrimps the forward had spent the 2017/18 season on loan at Scottish side, Dundee. 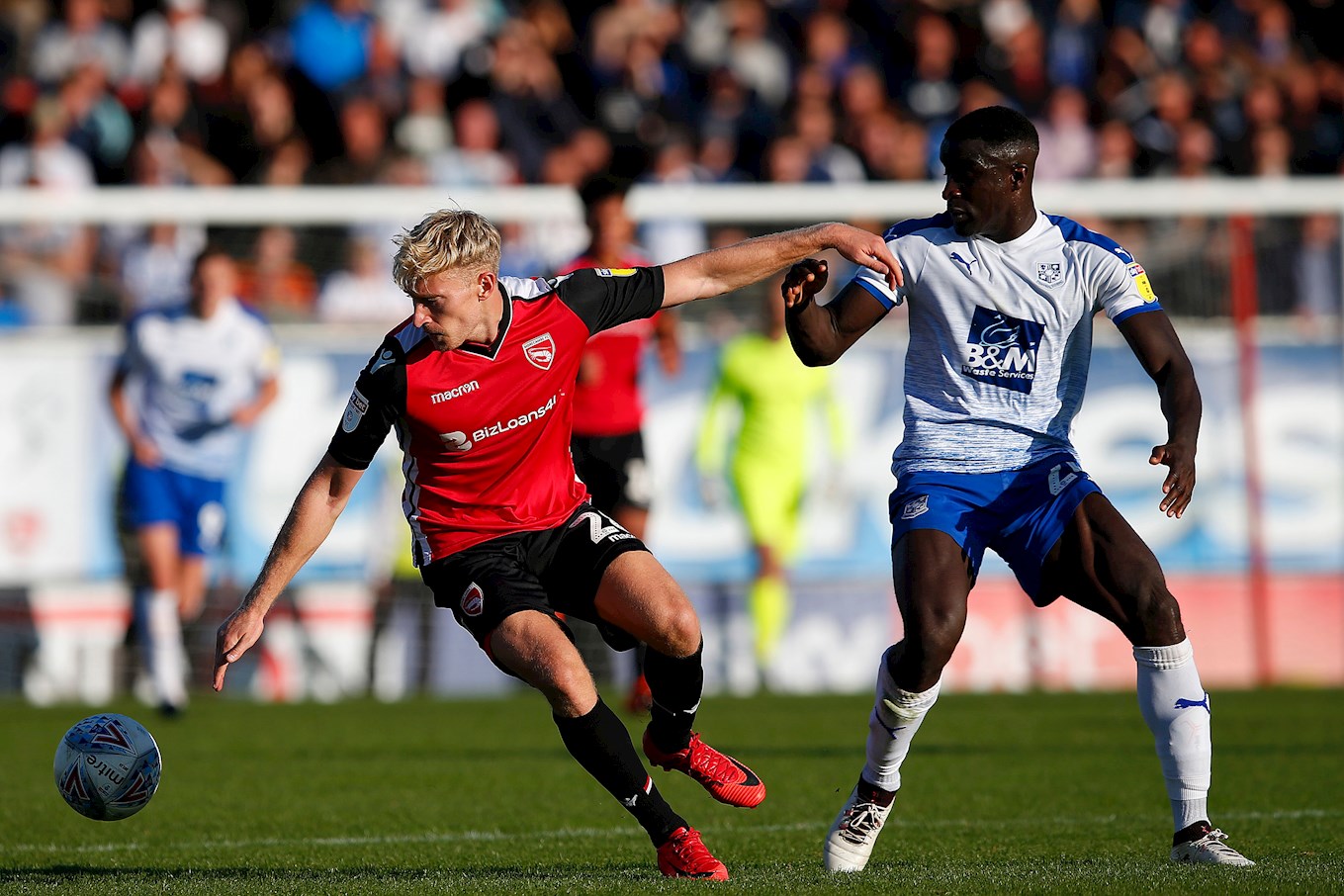 Leitch-Smith started his career with Crewe Alexandra where he spent six years as a professional following his initial arrival as a youngster in 1997.

The 28-year-old left Crewe in 2014 after making 103 league appearances for the club. He had loan spells with Halifax Town, Newcastle Town, Icelandic side Íþróttabandalag Vestmannaeyja and also Curzon Ashton during his time at Grest Road.