Lincoln City travel to the Lamex Stadium on Saturday as they face Stevenage in their 20th SkyBet League two game of the season. The Imps are currently on 38 points, just two behind league leaders MK Dons with a game in hand.

City haven’t played a league game this month with cup competitions taking place over the last week. Last Saturday Danny Cowley’s side beat Carlisle 2-0 in the Emirates FA Cup Second Round, only to be rewarded with a trip to Goodison Park in the new year.

Matt Rhead scored the only goal of the first half after just 30 seconds to give City the lead. His early strike was the forward’s 50th goal in an Imps shirt since joining in 2015.

Lincoln’s second goal came four minutes from time through summer signing John Akinde. The 29-year-old converted Bruno Andrade’s cross at the back post to get his seventh goal of the season from 24 appearances in all competitions.

The Imps travelled to Accrington Stanley on Tuesday night in the Checkatrade Trophy. Matt Green opened the scoring after just six minutes before Scott Brown equalised for Stanley a minute later. 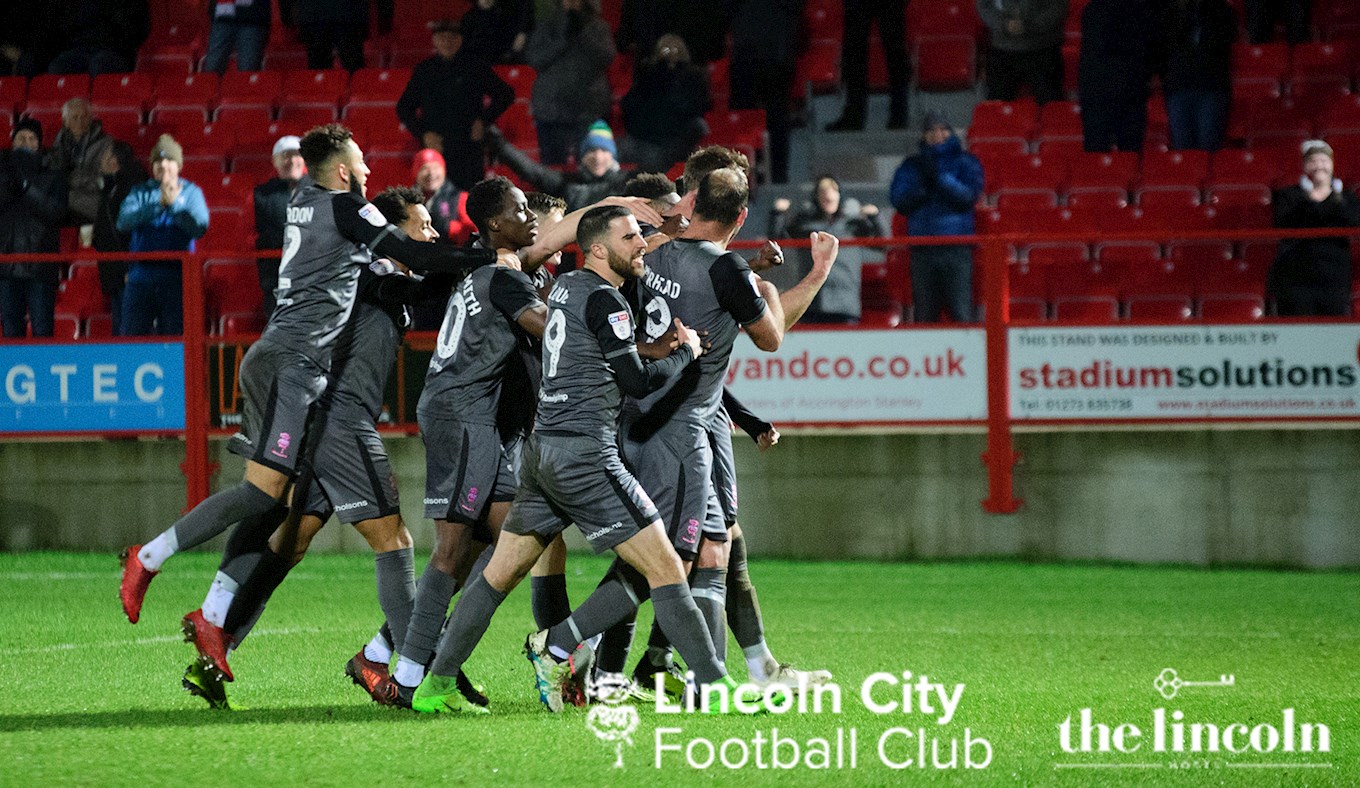 35-year-old player/coach Jamie McCombe scored his 11th goal for the club since 2004 in the 60th minute, giving Lincoln the lead. The 6ft five defender placed the ball past Jonny Maxted after getting on the end of an Ellis Chapman free-kick.

McCombe’s goal on Tuesday night came 14 years and 102 days after his first City goal, which was against Derby County in August 2004.

The defender’s strike set a club record between first and (currently) last goals for the Imps.

The home side won 4-2 despite Rhead and Chapman converting for the Imps.

Stevenage have won three of their last six league fixtures, most notably winning 3-2 against league leaders MK Dons. However, the Boro left it late scoring their third goal in the 90th minute through Ben Kennedy.

Steve Seddon and Scott Cuthbert also found the back of the net for Stevenage. 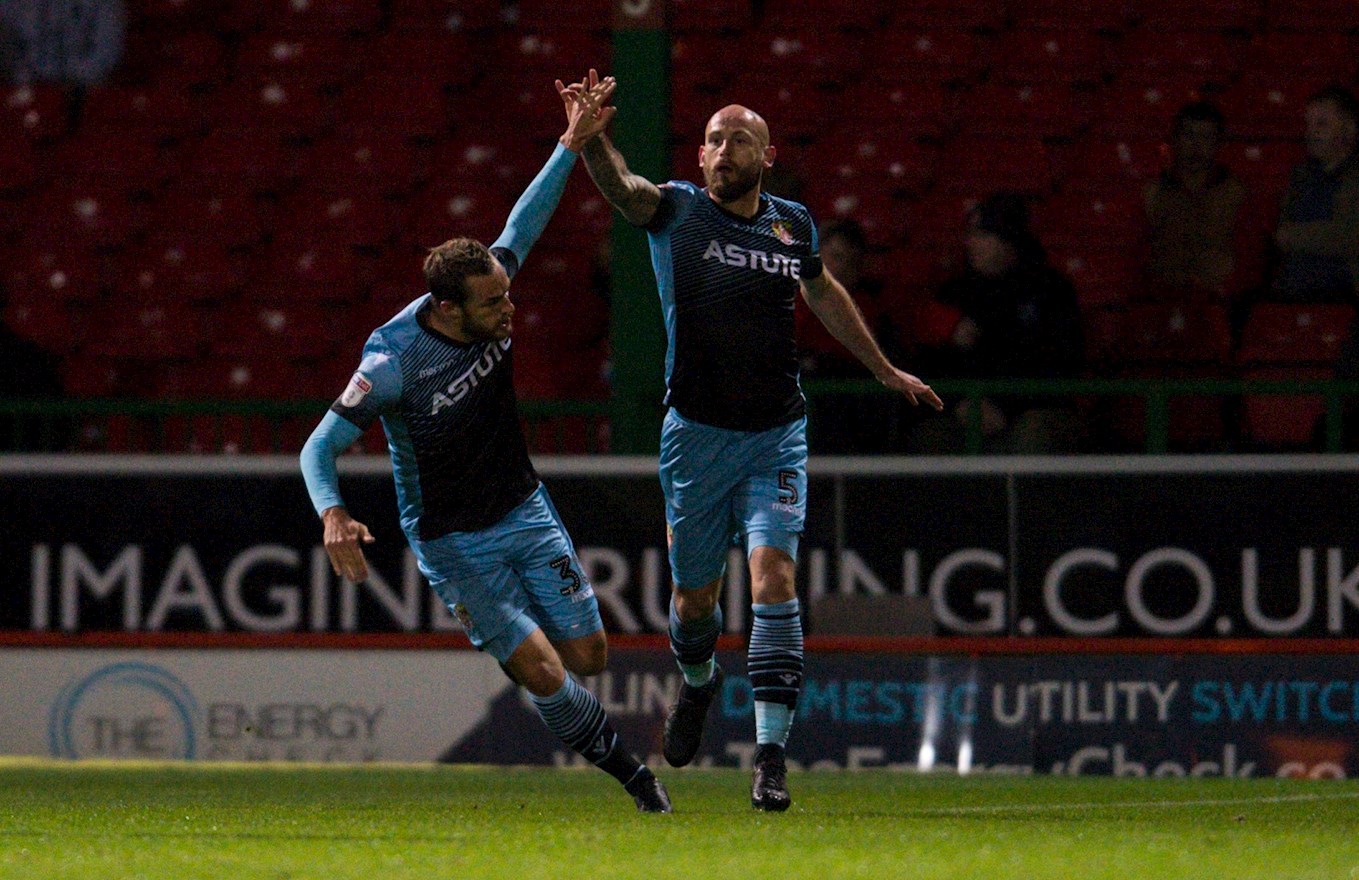 Boro’s last defeat came at the end of November when the same score line occurred against Swindon Town. Cuthbert was on the score sheet again bagging his second goal of the season, despite the loss.

Earlier this season Stevenage lost a staggering 8-0 to Sky Bet League One play-off chasing Charlton Athletic. 18-year-old Will Appleyard had a baptism of fire on his Boro debut after arriving from Crewe Alexandra during the summer.

Toby Stevenson scored a hat-trick for the Addicks alongside former Belgium U21 and current Angola international Igor Vetokele who scored a brace.

Dino Maamria's side come into the game having had a weekend without a fixture following their exit from the Emirates FA Cup at the first hurdle.

However, last time they were in action on home soil, they beat league leaders MK Dons in dramatic fashion, and the Stevenage boss called for more of the same.

“Beating MK, we had to be patient and be at our absolute best to win and on Saturday that will not change. 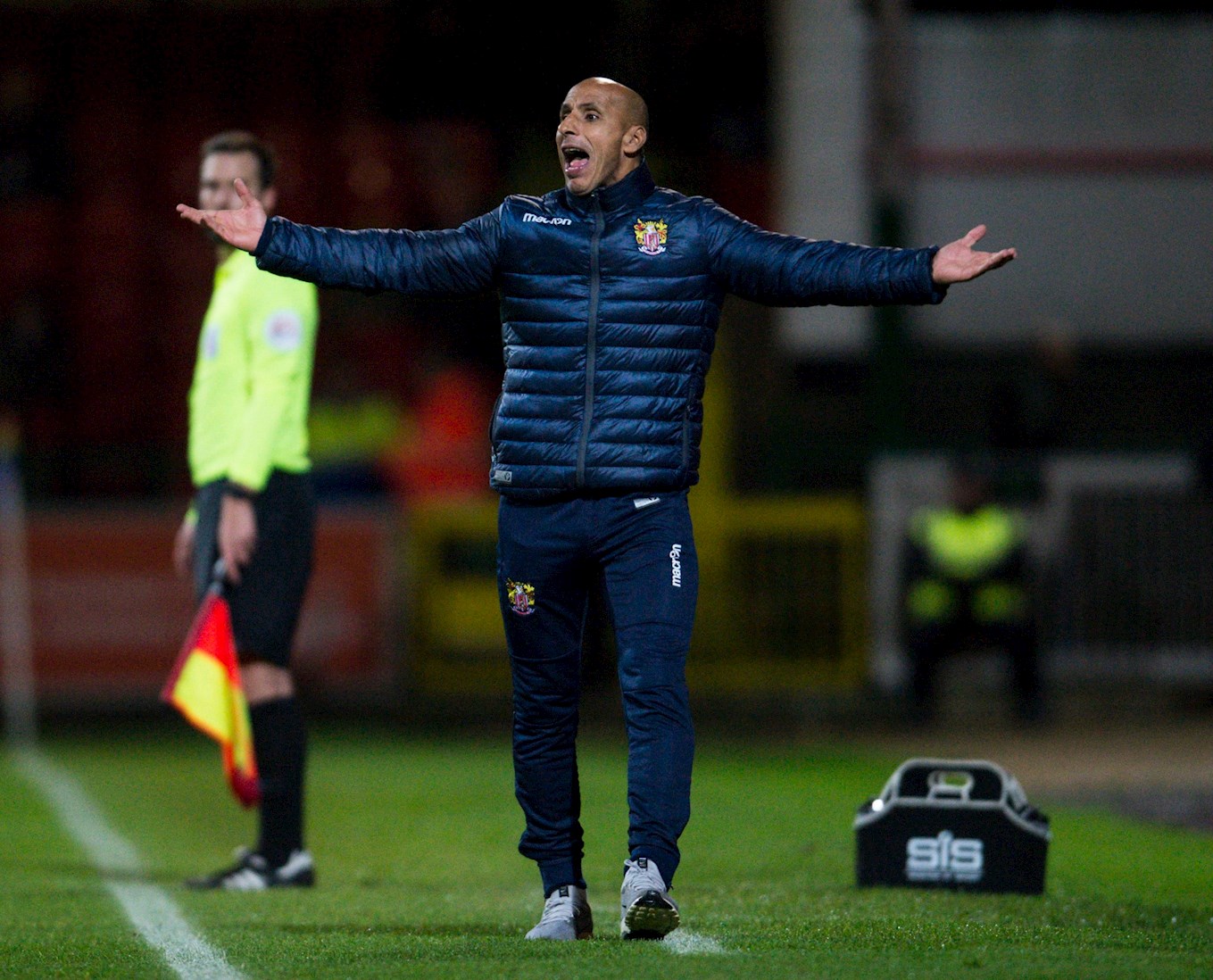 The Stevenage boss believes that they are in a great position to face the Imps, having had a 10 day break from league action.

“I think we needed it (the rest). Looking at our squad we had a few missing through illness and injury for the last couple of games, so I think it has been a blessing.

“Ben Kennedy is back to full fitness, Danny Newton is back, Luther (James-Wildin) is back.

“There is no better time to bring them back than for Lincoln.

“We have got ourselves together, regrouped, rested and we are ready to go."

Lincoln fans will remember the club winning both home and away against Stevenage last season as the Imps’ returned to the Football League.

City hosted Stevenage at Sincil Bank on boxing day last year in front of a 9,268 crowd. Harry Anderson scored the only goal of the first half after 34 minutes. Matt Green and Josh Ginnelly added to Lincoln’s lead in the second half. 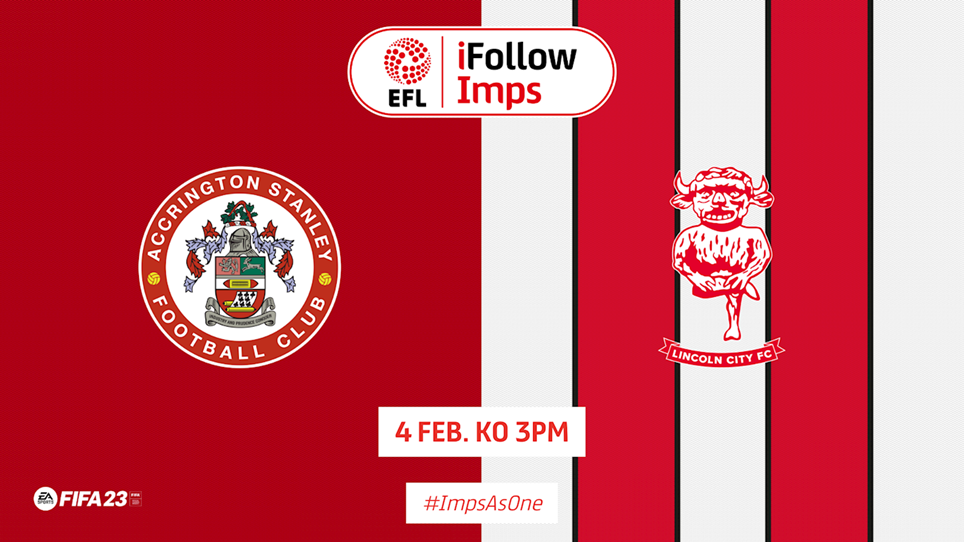