The Imps travel to Stevenage on Saturday for the first league game of December, looking to continue the form against the opponents that saw City secure a league double last season.

Over the years we have seen numerous players feature for both Stevenage and the Imps, from Jamie McCombe to Anthony Elding, Junior Mendes to Luke Foster.

Here, we take a look at members of both current First Team squads that have played for both sides (with special mentions to Adam Marriott).

You'll have to go back to 2013 to when Bruno first arrived at Lamex Stadium, a day before his 20th birthday to be precise.

He joined on loan from QPR, after already have loan spells out with Aldershot and Wycombe Wanderers.

Bruno made several appearances off the bench for the-then League One side, before making his full debut in an FA Cup win against Portsmouth.

The winger scored his first Stevenage goal in a Johnstone's Paint Trophy tie at Swindon Town. 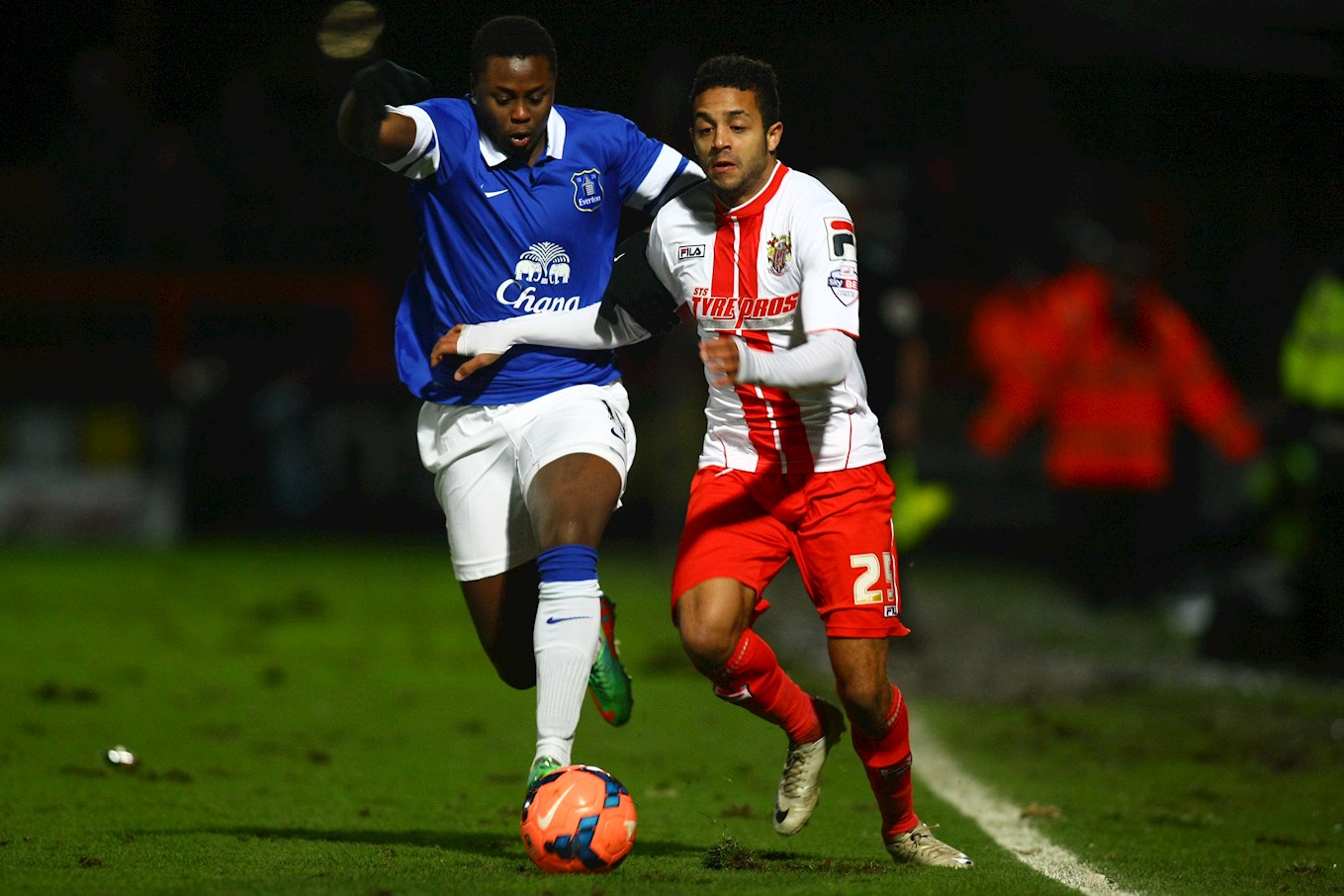 Andrade went back to Stevenage at the end of the following season on loan, with Stevenage in League Two, and scored his first and only goal in a 1-0 victory over Plymouth Argyle, with an 89th-minute winner.

Since arriving at Sincil Bank in the summer, Andrade has nine assists and three goals to his name.

Pett, who celebrated his 27th birthday on Monday, joined the Imps on Deadline Day in January this year from the Boro.

After impressing in the Non-League with hometown club Potters Bar Town and Wealdstone, Pett joined Stevenage in the summer of 2014.

Pett managed to score eight times in his maiden league season, as the Boro made the Sky Bet League Two play-offs, where he managed to get himself on the score sheet in the away leg at Southend United. 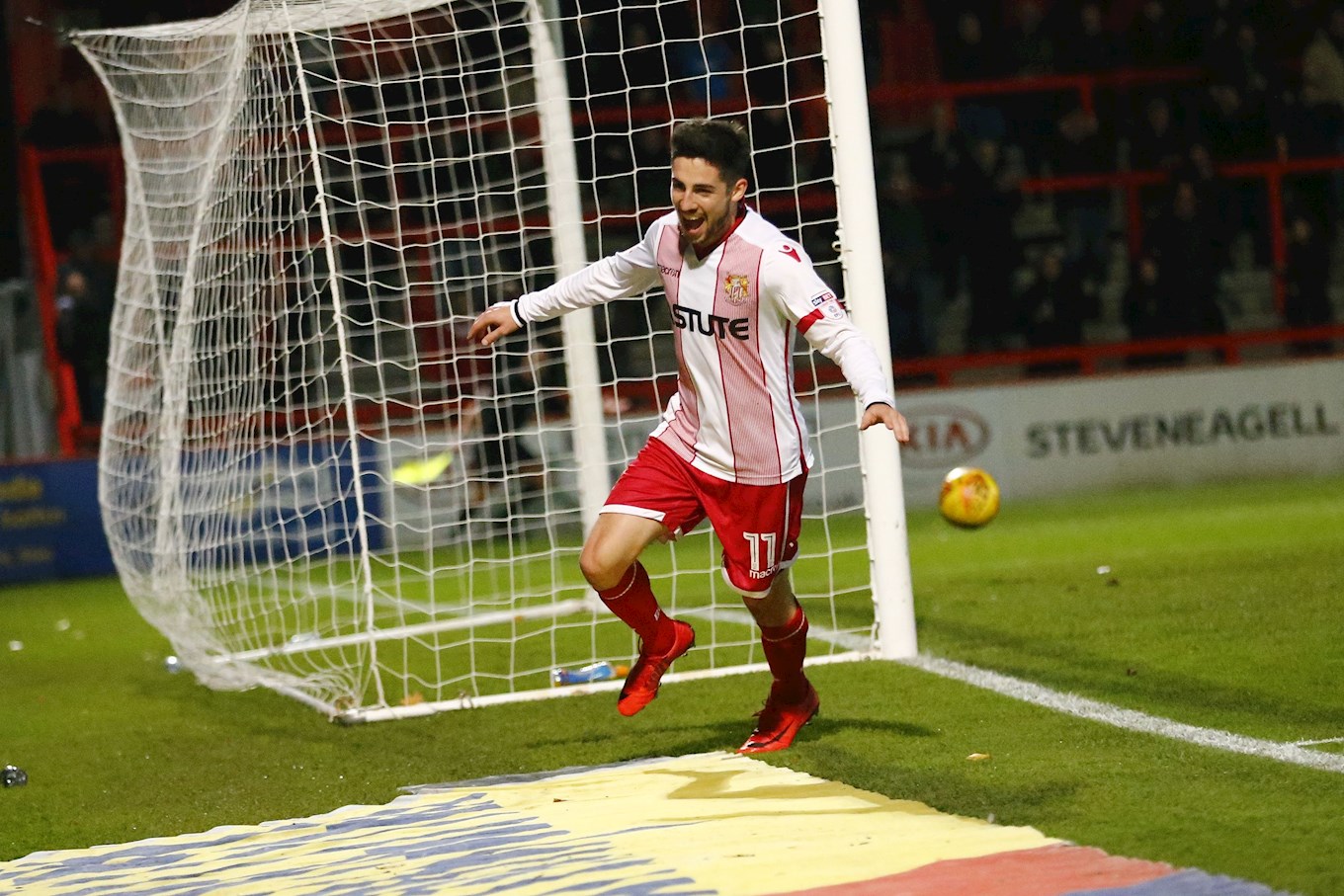 Two-and-a-half more seasons followed, before Pett signed for the Imps on Deadline Day in January 2018 after making over 150 appearances for Stevenage, scoring 22 times.

Pett's first half of the season with the Imps saw him score the pivotal goal which secured a play-off place on the final day against Yeovil Town.

Bozzy played across three tiers with Saturday's opponents, during a memorable four years at the Lamex Stadium.

He won the 2008/09 FA Trophy, beating York City at Wembley Stadium, won promotion to the Football League the following season, before winning promotion via the League Two play-offs to secure back-to-back promotions. 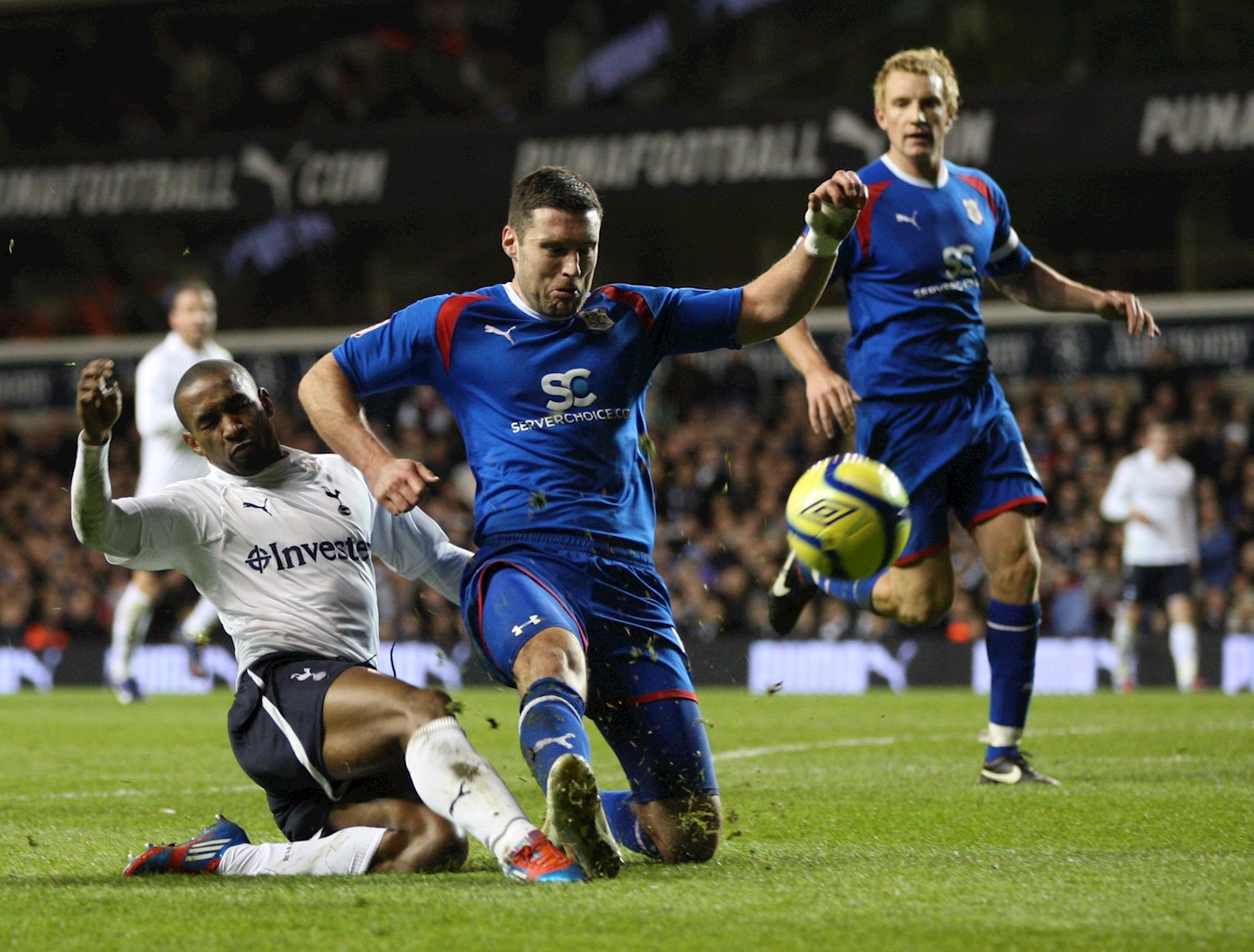 During the League Two campaign, Bostwick was also part of the team that went on a memorable cup run, as he scored in a 3-1 victory over Newcastle United.

The ride continue to escalate for Bostwick and Stevenage, as the Boro reached the League One play-offs in his final season with the Hertfordshire side bowing out against Sheffield United. 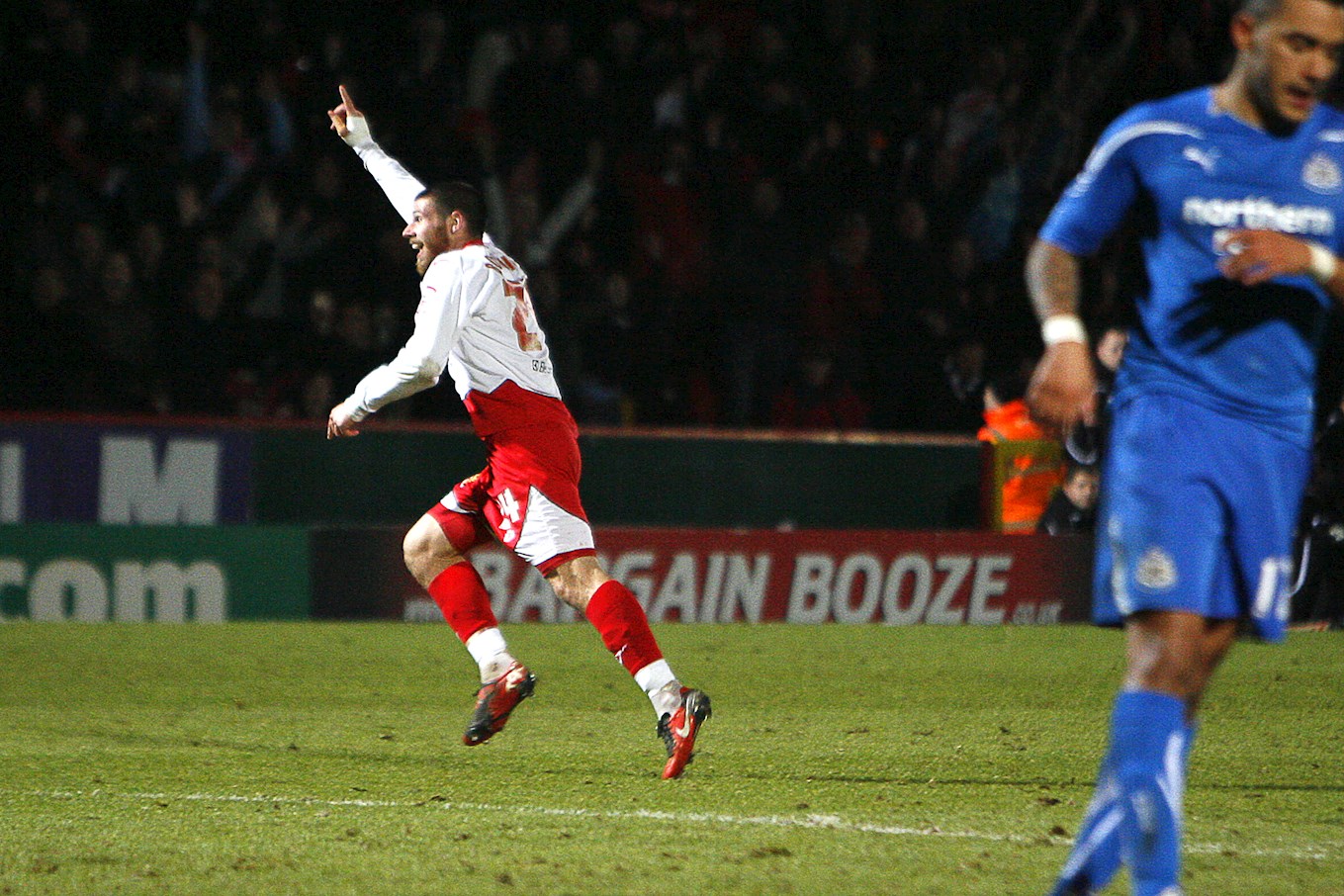 Bozzy has been an ever-present since arriving at Sincil Bank in the summer of 2017, playing 77 times in that time.

Following his departure from Doncaster Rovers, Jamie joined Stevenage in the summer of 2015.

He spent just six months at the Lamex Stadium, before returning back to Sincil Bank in January 2016. 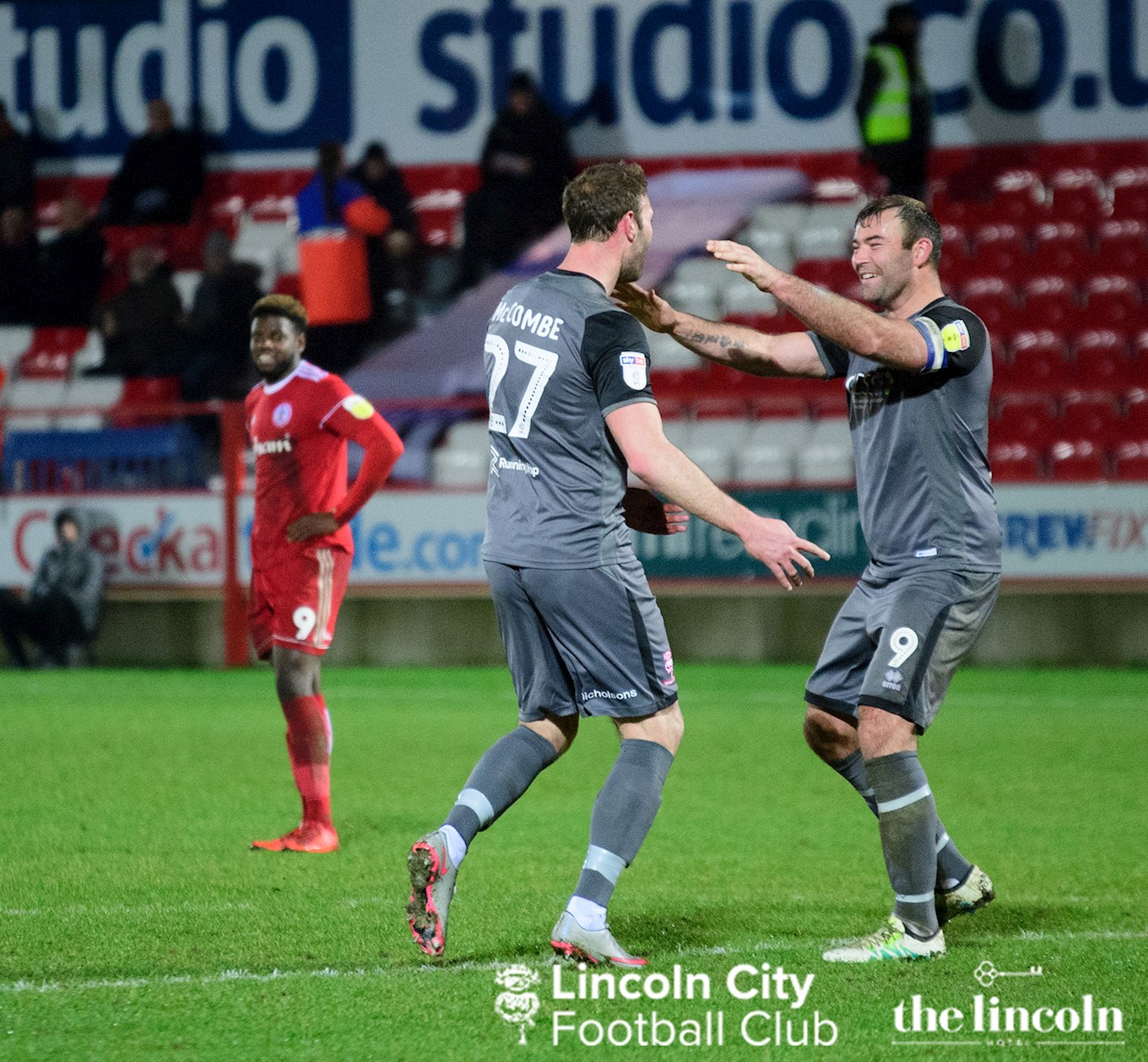 He has since become a key part of the backroom team with the Imps, holding a Player-Coach role.

McCombe also broke a record this week, scoring in the Checkatrade Trophy, which was a record 14 years and 102 days since his first goal for the Imps, which came in August 2004 against Derby County.

'Farms' played a key role in City's return to the EFL, having spent the majority of the Imps' stay in the Non-League at Sincil Bank.

The goalkeeper made near 250 appearances during his near-seven year stay, winning a Player of the Season award along the way, before departing this summer for Stevenage. 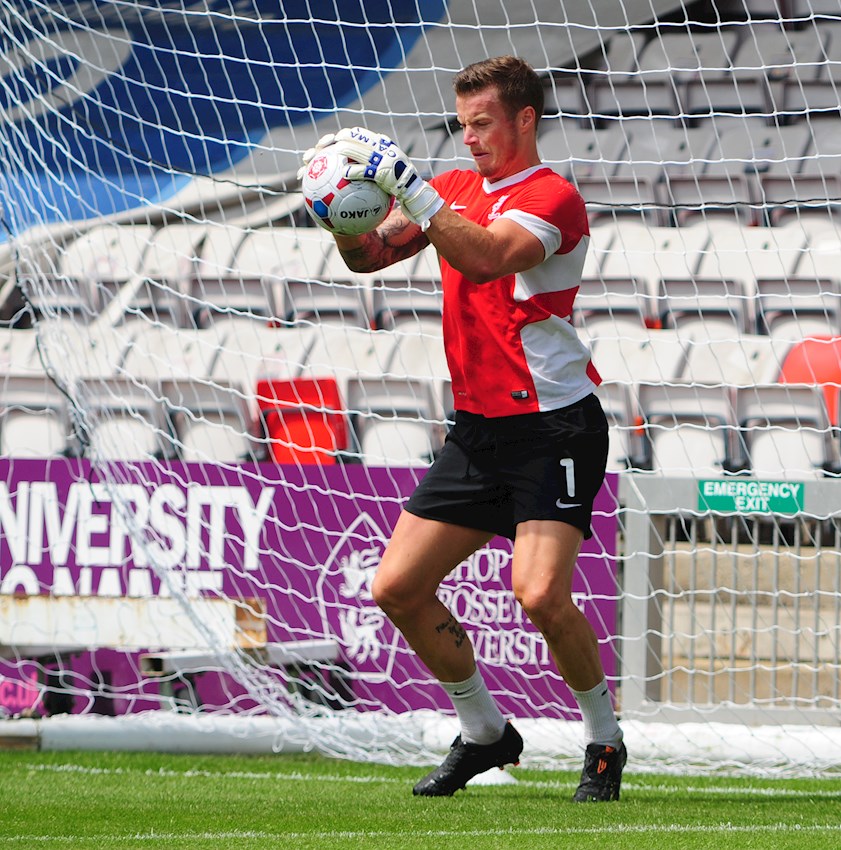 Paul started the season as number one at the Lamex Stadium, but despite returning to fitness following a hand injury sustained earlier this season, Farms has played just nine times.

Mazza spent two years at Stevenage after setting the Non-League alight with Cambridge City, but only managed a handful of appearances for the Boro.

Marriott left Stevenage for the Imps upon Danny and Nicky Cowley's arrival at Sincil Bank, and played an important role in a memorable season for the Imps.

The forward scored on his debut in a 3-1 win at Woking, before scoring a winner at Macclesfield Town and an incredible solo goal against Gateshead, all in his first month with the Imps. 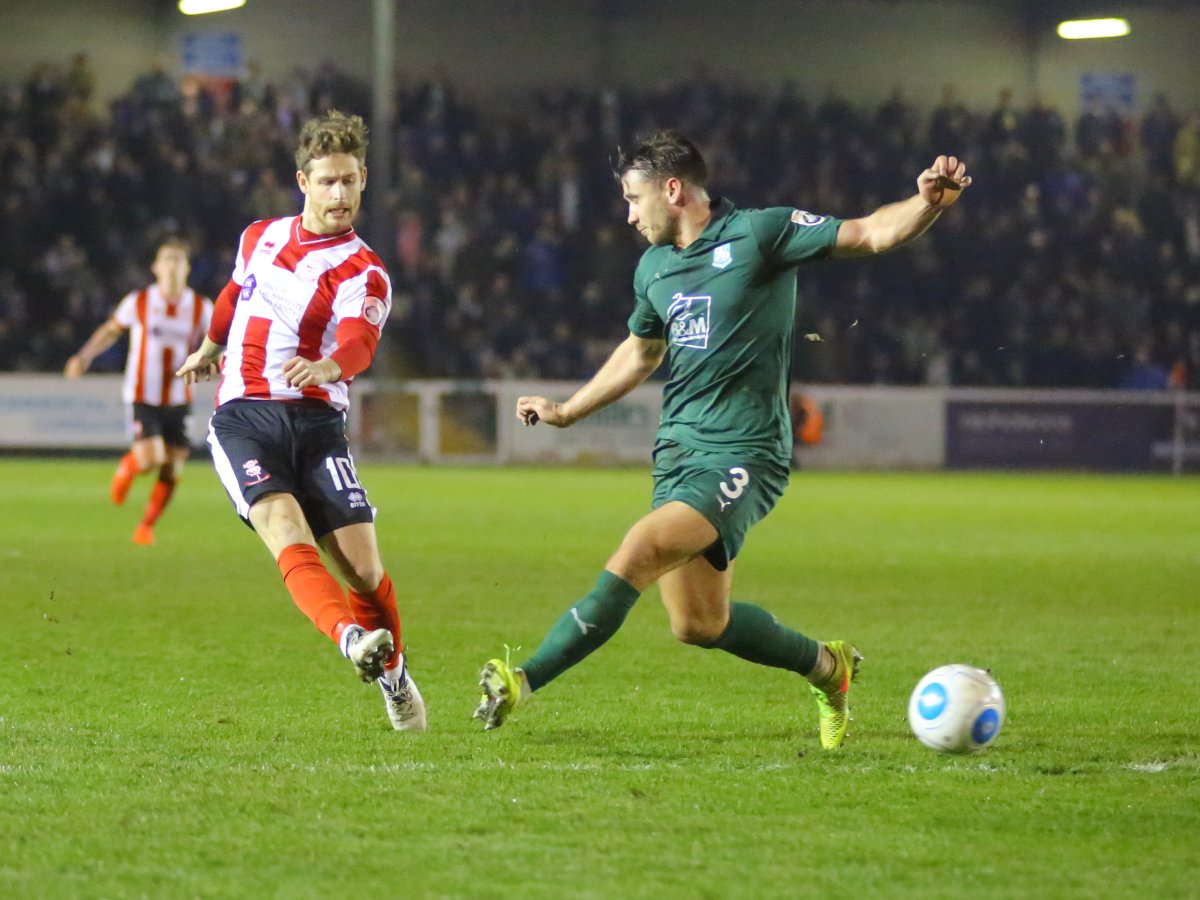 Another important goal games in the top-of-the-table clash against Tranmere Rovers at Sincil Bank, where an 81st-minute winner ensured City would be Non-League's Christmas number one.

Mazza played the jaw-dropping through ball for Nathan Arnold to round the Ipswich stopper in the final minute to secure a memorable FA Cup Third Round victory.

Adam left ahead of the 2017/18 season, and has since returned to the Non-League.

The trip to Stevenage has sold out on Saturday, but ticket information for our remaining December fixtures is available HERE.