Lincoln City are seeking members for the recently established Former Players Association and we are asking ex-Imps to get in touch.

The Red Imps Community Trust is facilitating and administrating the FPA and have recently set up a Steering Group to oversee its development. The first meeting of the steering group recently took place which comprised of Trevor Swinburne, Warren Ward, Paul Mayo, Roger Bates, Steve Tointon and Chris Elkington.

Moving forward over 40 former players have signed up to receive information out of a total of 664 players who have been contacted and interest in the association continues to grow.

RICT Gold Member, Steve Tointon, says the Former Players Association is something which he and members of staff at Sincil Bank considers very important as the keeping the legacy of the club alive is a vital part of what we now know as Lincoln City Football Club.

What made the club want to continue a legacy with its former players?

ST - Initially it was the brainchild of Roger Bates, which has since been enthusiastically taken forward by the Trust with the active support of a number of former players, in particular Trevor Swinburne who is currently acting as matchday host for other returning players. We were aware that many clubs have such organisations, Trevor is already involved in the Sunderland association, and that given the massive interest generated in Lincoln City as a whole last season, this was an ideal opportunity to launch the LCFC version.

What plans do you have for the FPA?

ST - The plans are at present quite fluid but as well as having the presence of former players on matchday, we will also be having Q & A sessions, Dinners, Golf Days, charitable fundraising and we are also aiming to announce some club ambassadors. Added to that I know that the club are very keen to develop the opportunities that the association can provide.

How many former players are signed up already, and what are the conditions for any ex-Imps wanting to join?

ST - At present I believe over 50 ex-players have expressed an interest with over 40 already signed up. There are over 600 potential members so there is still a big pool of ex-players to encourage to join. The criteria for membership is simply that the individual must have signed professional terms with the club.

On Saturday we welcomed back to Sincil Bank former players Dave Smith and Matt Carmichael who received a tremendous reception from the supporters.

Former Lincoln City players and managers from any era are invited become a member of the Association. If you know of any former player or manager who wishes to become part of the Steering Group we would ask them to contact Chris Elkington in the first instance by filling in the contact form HERE or email: chriselkingtonsbs@hotmail.com alternatively Chris is available via telephone on 01427 788757 or 07968 678979


The Imps have today announced a new partnership with Wilkin Chapman, the largest law firm in Lincolnshire and East Yorkshire. 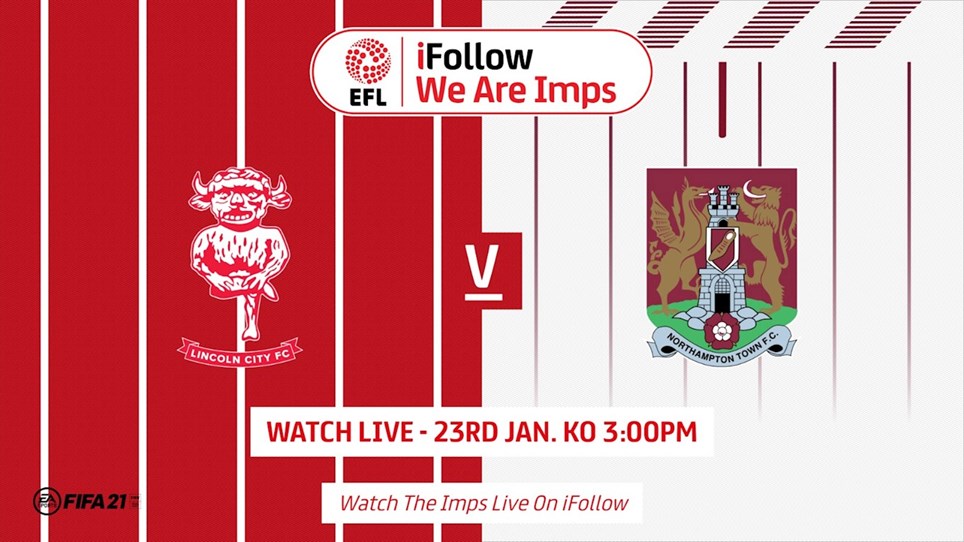 Watch the Imps on iFollow this weekend!


The Imps return to action this weekend, facing Keith Curle's Northampton Town at LNER Stadium in Sky Bet League One.