Apprentices from Lincoln City found themselves at the cutting edge of coaching in the community recently...

... when they visited Lincoln Christ's Hospital School as part of their PFA Level 2 Award in Coaching Football.
The first year scholars had been preparing for their assessments by coaching in the academy’s schoolboy programme, and working with youngsters from the local community provided them with a real insight into grassroots coaching.
"Lincoln City is a community club and building community links is at the heart of everything that the academy tries to do," said Damian Froggatt, Head of Youth.
"We have a fantastic relationship with Lincoln Christ’s Hospital School, which is now the venue for many of our fixtures, and we were delighted when the school agreed to the idea."
PFA Tutor Brian Borrows, who delivers the Level 2 coaching programme at City and many other clubs, agreed.
"Sometimes young players struggle when coaching their peers and they find it difficult to communicate and manage each other," said Borrows.
"But coaching younger, mixed ability players from grassroots of the sport, helps develop important communication and leadership skills and the boys were clearly more confident when they delivered their coaching assessments."
Head of PE at LCHS, Martin Whitaker, said that opening the schools doors to its local football club was a great experience for pupils.
"We were thrilled when the Youth Academy approached us and everyone who took part really enjoyed the coaching," he said.
"It was fascinating to watch how Lincoln City’s apprentices really engaged with the children and hopefully everyone will have benefitted from the experience."


The next annual Lincoln city football programme collectors fair takes place on Sunday 8th November at LNER Stadium in the Travis Perkins Executive Suite with doors opening between 10.45am until 2pm.


Working with Lincoln City Foundation, CEMEX unveil their defibrillator at LNER Stadium sponsored through the charity to prevent tragedies linked to cardiac arrests in the Sincil Bank area, on today’s... 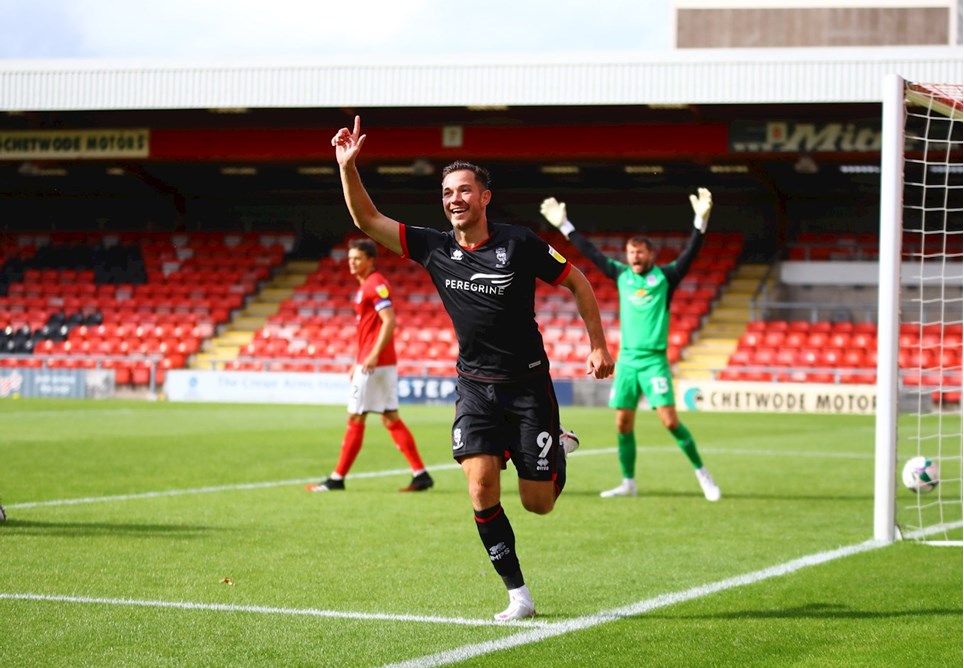 
We are proud to announce that Imps forward Tom Hopper has been nominated for the Inspirational Sportsperson Award at the annual Lincolnshire Sport & Physical Activity Awards.