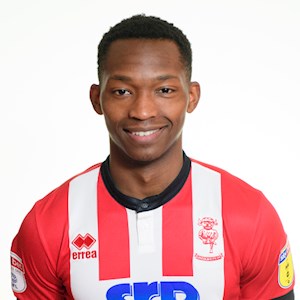 Tayo has represented England from Under 17 level through to the Under 20’s and signed a two-and-a-half-year deal with The Imps in January 2020.

The 21-year-old made his debut for Fulham in a 3-2 win over Leyton Orient in the League Cup in 2016, before continuing his run for the first team in round two as The Cottagers defeated Middlesbrough in round two then eventually going out to Bristol City in the third round.

Following his breakthrough season in the capital in the summer of 2017, Tayo then linked up with the England Under 19 squad for the Under 19 European Championships and he excelled in the tournament, not only being named as one of the players of the tournament but he was to also pick up a winner’s medal after England defeated Portugal in the final.

Tayo returned to Craven Cottage from international duty and started the 2017/18 season featuring in the first two rounds of the League Cup before making his full EFL debut in the Championship against Derby and then following that up against Millwall a week later.

Last season, Tayo moved to Ipswich Town on loan and scored on his debut in the Championship for the Tractorboys against Blackburn Rovers and made seven appearances in total whilst at Portman Road, with six of them coming in the second tier of English football.

This campaign, the energetic 21-year-old has made two appearances for Fulham at Craven Cottage in the Leasing.com Trophy against Stevenage and Wycombe prior to making the move to LNER Stadium.