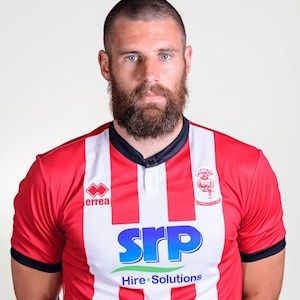 Michael Bostwick had a season to remember last year as the Imps won promotion to SkyBet League One.

The 2018/19 Lincoln Player of the Season was selected alongside Jason Shackell in the EFL League Two team of the season as the pair formed a strong partnership in the City back line. ‘Bozzy’ arrived at Sincil Bank in 2017 following the Imps promotion back to the Football League. His whole hearted, fully committed style quickly endeared him to City supporters and in his first year at the club, the defender was on the winning side in the 2018 Checkatrade Trophy final.