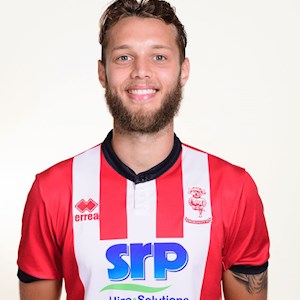 Initially starting his academy career with Reading, Jorge Grant spent a brief time in the Nike Academy before joining Nottingham Forest in 2013.

The 24-year-old made his professional debut for Forest in 2014 in a 1-0 over Tranmere Rovers. Grant went on to score his first goal for the club in a 3-1 defeat against Spurs in the 2014/15 League Cup.

In order to gain more first team experience, the midfielder joined Notts County on loan in January 2017 for the remainder of the season. He made an instant impact for the side leading to him re-signing for County for the 2017/18 season.

Grant scored 19 goals in 56 appearances for County before joining Luton Town ahead of the 2018/19 campaign. After 17 league appearances, the midfielder then joined Mansfield Town in January 2019 for the remainder of the season. Grant joined the Imps from Nottingham Forest on a permanent deal in July 2019.