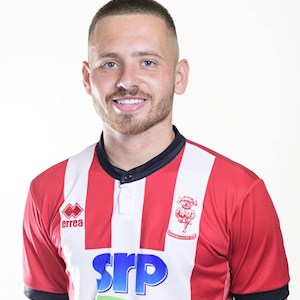 Jack Payne arrived at Sincil Bank following the expiry of his Huddersfield Town contract having spent last season on loan to Bradford City.

The midfielder had previously spent time with Oxford United as well as Blackburn Rovers where he secured promotion to the Championship during the 2017/18 season.

Payne started his career with Southend United turning professional in 2013. The 24-year-old went on to make 88 appearances in all competitions with the Shrimpers.

The midfielder signed for Huddersfield Town in 2016 making his debut in a 2-1 win over Brentford Town. Payne scored his first goal for the club against Newcastle at St James Park a week later.

The 24-year-old made a total of 28 appearances for the Terriers scoring four goals for the club during his three-year stay.