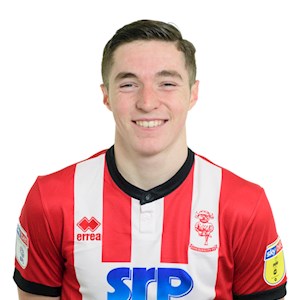 In On Loan
From West Ham

Home and Away Kit Sponsors: RUBY AND HUGH JOHNSON

Conor Coventry arrived on loan from West Ham until the end of the season during the January transfer window.

The deep-lying, dynamic midfielder made his full Hammers debut in their 8-0 Carabao Cup win over Macclesfield Town in 2018. Coventry has also captained West Ham at U23 level as well as being named as a Premier League substitute on a number of occasions.

Following his breakthrough and regular appearances in the first-team squad at the London Stadium, Conor was called up to the Republic of Ireland U21 squad.

After recently signing a new three-year-old deal with David Moyes’ side, Coventry will now get his first taste of Football League action with the Imps.