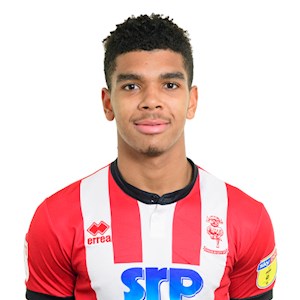 In On Loan
From Arsenal

An England Under-19 international, Tyreece has featured on the Gunners’ first-team bench a number of times in both Premier League and Europa League fixtures, his most recent coming against Leeds in the FA Cup third round earlier this week.

In March 2019 he was thrust into the spotlight when the exciting striker joined up with the Gunners’ squad for their trip to Dubai to face Al-Nasr. Tyreece replaced France international forward Alexandre Lacazette with just over 20 minutes left in the game before going on to score the third goal in the Gunners’ 3-2 win.

Before heading to LNER Stadium on loan this season his goalscoring form has continued, the 18-year-old forward has this season scored five goals in 12 Premier League 2 appearances, as well as also finding the back of the net in a Leasing.com Trophy game against Cambridge United in November.