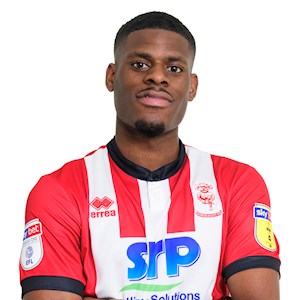 In On Loan
From Tottenham Hotspur

A FIFA Under 17 World Cup winner and UEFA European Under-17 Championship finalist with England, TJ Eyoma arrived on loan at LNER Stadium from Tottenham Hotspur in January 2020.

The versatile defender can operate at both centre back and right back. He made his competitive debut for Spurs in a 7-0 FA Cup win over Tranmere Rovers in January 2019.