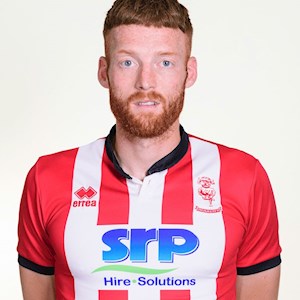 Former Leicester City Academy Player of the Year Cian Bolger arrived at Sincil Bank in January 2019 from League One side Fleetwood Town.

Bolger made 17 appearances for the Imps making his debut in the home win against Grimsby. The centre back scored his first City goal at Crawley Town in a 3-0 win.

He is a former Ireland U21 international having received two caps during his time as Bolton Wanderers development side captain.