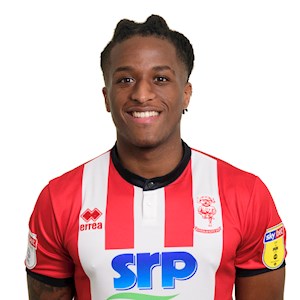 Akeem started his career with Sheffield United’s academy before joining Rotherham United where he made his professional debut against Chesterfield in the EFL Trophy aged 15. The defender has previously spent time on loan with Frickley Athletic and Hyde United.

Hinds spent the start of the 2019/20 campaign with National League North side Bradford Park Avenue before getting recalled by Rotherham. The defender arrived at LNER Stadium in the final week of the January transfer window.