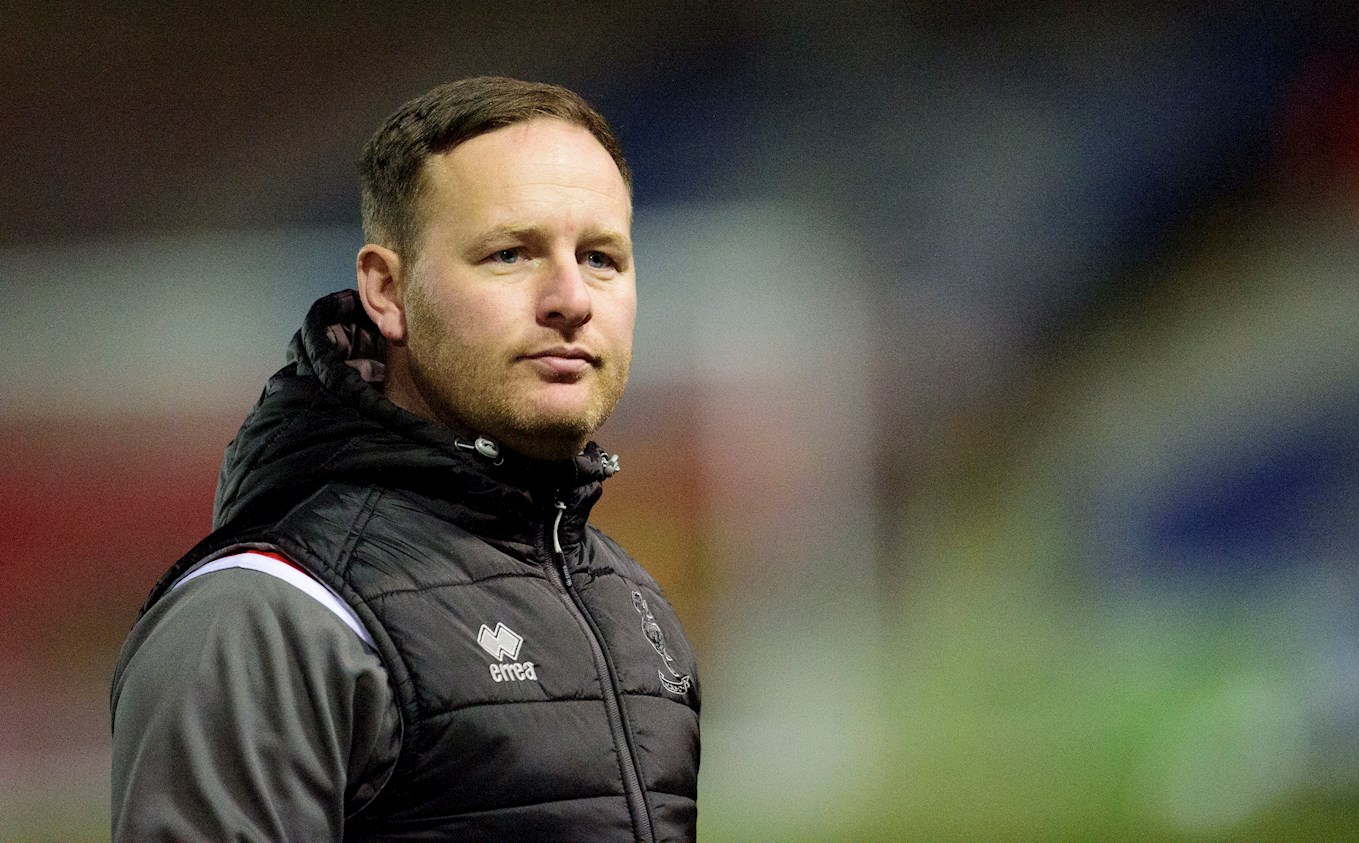 The 34-year-old joined Michael Appleton’s coaching team from Hull City, after spending over a decade coaching with the Tigers.

A former academy footballer for the likes of Scunthorpe United and Barnsley, O'Donnell's playing career came to an end prematurely following a recurring injury. It was after this when he turned his attention to coaching, acquiring his UEFA A Licence at the age of 21.

He began his coaching career working in York City’s youth set-up before becoming a part-time coach at the Tigers’ Academy in August 2008, working with the Under-15 and Under-16 sides. He was then made a full-time coach six-years later. 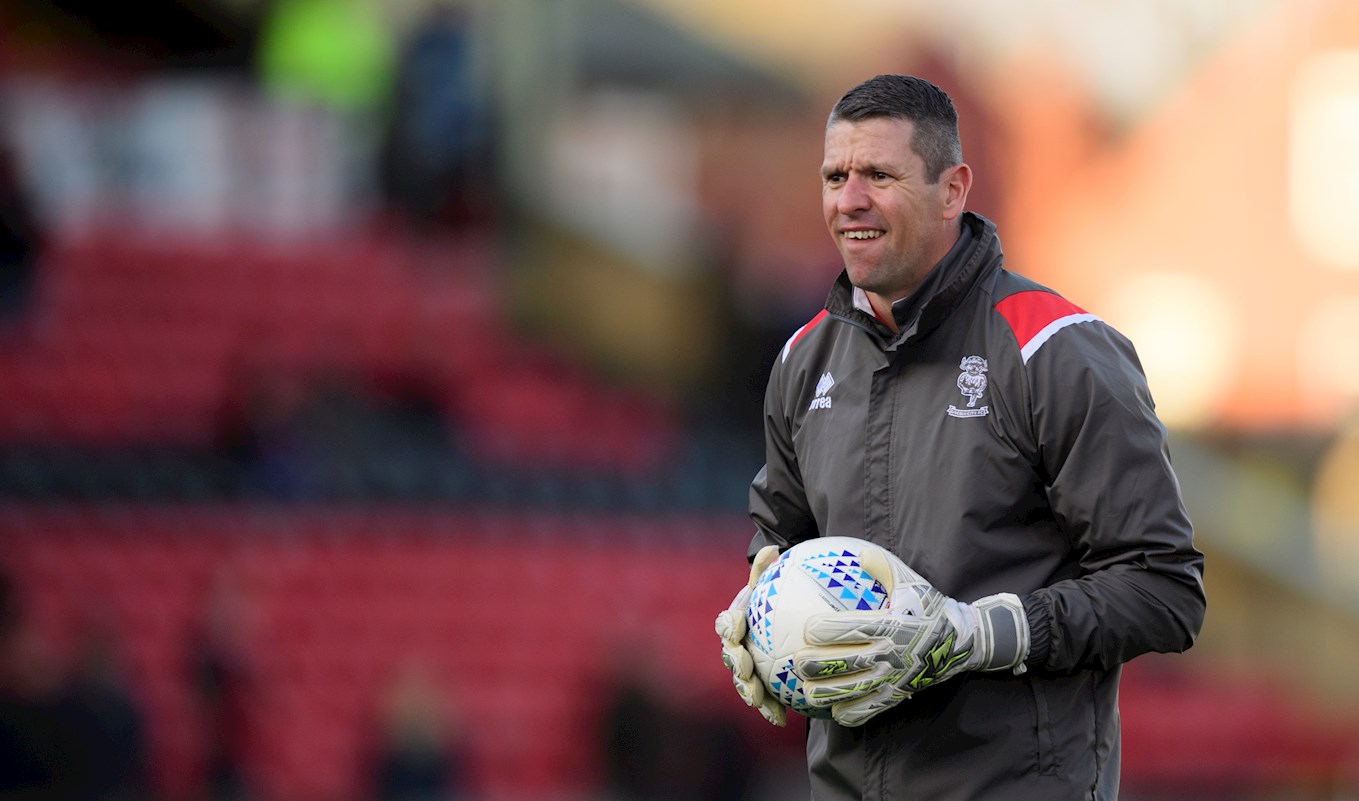 Croudson arrived in December 2019 from his role of Academy Head of Goalkeeping at Hull City, a position which he held since the summer of 2014. Working with the likes of Allan McGregor and David Marshall, Croudson first joined the Tigers during their stay in the Premier League.

Steve was formerly a professional goalkeeper, with spells at the likes of Grimsby Town and Scunthorpe United, before his career was cut short aged just 24 through a recurring shoulder injury.

He swiftly moved into coaching, and was named Goalkeeper Coach at Grimsby Town in 2005, and held that position for nine years before making the move to the Tigers.

Steve's first game in the Lincoln City dugout came during the 1-0 Sky Bet League One victory over Tranmere Rovers, where he saw Josh Vickers keep a clean sheet.

Mike graduated from the University of Essex before completed a Master’s degree at London Metropolitan University. After some voluntary work with Southend United and Shenfield Football Academy during his studies, he joined Danny Cowley’s Concord Rangers team in the Conference South, where he led the medical provision for three seasons. During the three seasons with Concord Rangers he also worked as the lead therapist for Essex County FA and West Ham Ladies FC. He also spent a season as a first-team assistant sports therapist at Stevenage before heading to Sweden to lead the medical department for Division 3 side, Ytterhogdal IK. Within 2 months of moving to Sweden, Mike got the nod from Danny Cowley to come back to the UK to join him at Lincoln City FC.

Locally educated at St Peter and St Paul’s Catholic school, Luke left there after his A-Levels to start an undergraduate degree in Sport and Exercise Science at the University of Bedfordshire. He graduated in 2014 and started a Masters in sport performance. During his masters, he worked as an intern as a Strength and Conditioning specialist with elite level youth swimmers and also assisted with the academy at Northants County Cricket Club. He graduated from his Masters detailing his research into eccentric hamstring loading and began a full time internship as a First Team Assistant Sports Scientist at Peterborough United FC working in all provisions of Sport Science and Medicine. He left at the end of the 2015/16 season and began his role at Lincoln City in June 2016.

Luke is in his third year of work with Lincoln City having spent the first two years volunteering within the medical department under Mike Hine, where he gained valuable experience about the professional game. At the beginning of his third season with the Imps, and ahead of the 2018/19 season, Luke joined the medical team on a full-time basis as the First Team Assistant Sports Therapist.

After studying for an extended diploma in sport at the College of West Anglia, Liam moved to Lincoln to study Sport Development and Coaching. During his third year of University, he began an internship with Lincoln City FC as an Assistant Performance Analyst during the Checkatrade Trophy-winning season of 2017/18. After graduating with his BSc, Liam was appointed Head of Performance Analysis at the beginning of the 2018/19 season.

Kieran spent nine years at the club as a player before leaving at age of 18. He graduated from the University of Lincoln in 2017 with a BSc in Sports Science. Kieran is following this with a Masters Degree in Sports Therapy. He has a Level 3 qualification in Sports Massage and a Level 2 in FA coaching. 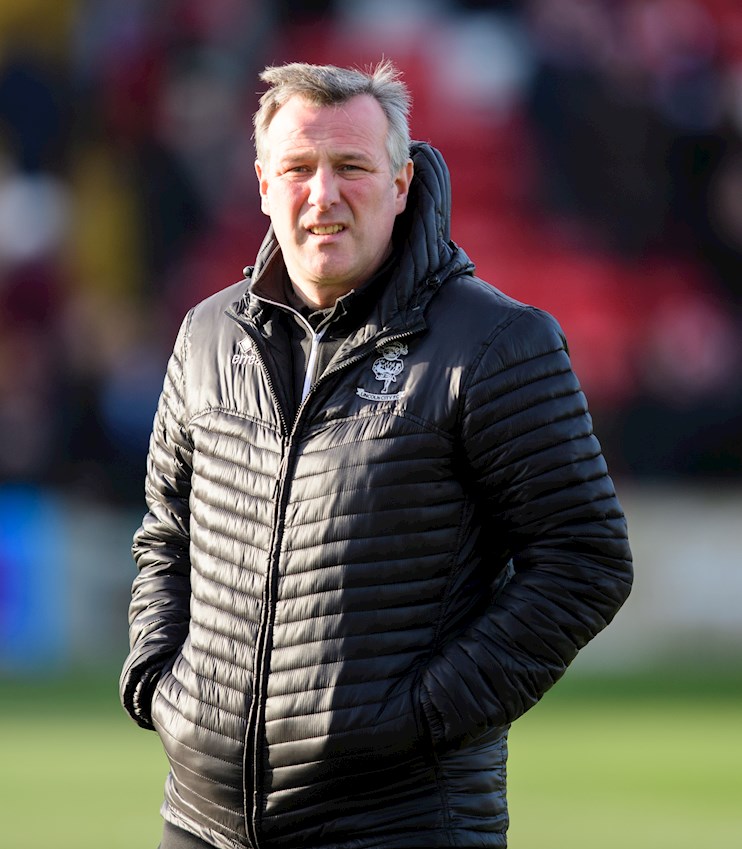 Graduated from the School of Medicine at the University of Liverpool. He completed his GP training in Cheshire and had a year working on the Gold Coast in Australia before becoming a GP Partner at the Minster Medical Practice in Lincoln. He became the Lincoln City Club Doctor in July 1996 and then went on to complete his Master’s degree in Sports Medicine at the University of Nottingham, doing his thesis on groin injuries. He has since worked as a GP with Special Interest in Orthopaedics, alongside his full-time GP role, whilst continuing his role as Club Doctor to the Imps.

After completing his A-levels at Sir Robert Pattinson Academy, Harry left to start an undergraduate degree in Sport and Exercise Science at Nottingham Trent University. During his second year at Trent he completed work experience as a performance analyst at Nottingham Forest Ladies FC. He also completed an internship at Lincoln City during the 2017-18 season alongside completing his third year at university. After graduating in 2018, Harry went on to take on a full time role at the club whilst completing a masters degree in Sports Science at the University of Lincoln.

Hayden is currently in his final year of study at the University of Hull, completing an undergraduate degree in Sports Rehabilitation. Previous experience in football includes assisting fellow therapist Luke Treadwell at Lincoln United FC for the 17/18 season. Because of this Hayden was given the role of lead therapist for Lincoln United FC's Development team. Outside of football, he gained valuable experience at Super League rugby side Wakefield Trinity. Hayden was approached by Mike Hine at the start of the 18/19 season to come on board as Lincoln City FC’s first team Sports Rehabilitator.

Julian, who has a BSc (Hon) Podiatry BSc Nursing, left school at Lincoln Christ Hospital school and undertook his nursing degree where he graduated and became a Theatre Nurse Practitioner. After his nursing of 12 years at Leicester Royal Infirmary, Julian, who also attends most matches home and away, entered Podiatry with a Degree with Honours from Huddersfield University. Since graduation, Julian has been looking after the team's Podiatry needs for the past two years. Julian specialises in gait analysis, biomechanics and nail surgery. While running his business First Class FootCare.