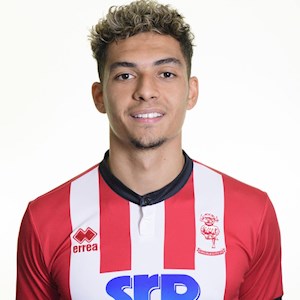 In On Loan
From Nottingham Forest

Currently on loan with Danny Cowley’s side for the 2019/20 SkyBet League One campaign, Tyler Walker brings a wealth of football league experience to the club.

Walker signed professional terms with Nottingham Forest in 2015 after nine years in the club’s academy.

He has featured 33 times for Forest in the league scoring four goals for the club.

The forward had a successful 2018/19 campaign scoring 22 league goals for Mansfield as the Stags finished fourth in SkyBet League Two.

The 22-year-old has previously represented England U20’s scoring a brace on his debut in a 5-0 win over the Czech Republic.